The first and most obvious question that's been asked about Nigel's project has been 'why a ute?' Those with even a passing knowledge of the Australian drifting scene will know that most drift vehicles are modified versions of standard Japanese production cars - the key word being CARS. A drift ute is something new on the local scene, but that was part of the inspiration for this project.

"Basically, (the idea was) just to make something different," Nigel explained.

"I wanted a car that you could build into a drift car that would be too much work to ever build in to a (production-based) car.

"I wanted something that would stand out, that would retain really good body lines, that was simple. So, the Hilux really presented itself as an obvious option, because the rear end could be simplified and could be worked on very easily. The body shell is easily removable. The roof is a strong structure because it just sits naturally on the chassis."

Being a ute, questions about rear end 'lightness' and traction have naturally been raised, but Nigel says his design allows for that, and can be modified for more, or less, traction in competition.

"I think I can do two things: I can add a larger tyre to overcome the 'washout' of a light rear end; and if it doesn't have enough swing - which I think it will, just because of the extra wheelbase - I can add a bit of weight anywhere in the chassis down low. I'm basically building it to be as light as possible. And if I need to add weight, for tuning the handling characteristics, then I can."

Nigel concedes that with this build being such a trailblazer, some trial and error out on the track will be needed to unleash its potential, but the work he's done so far, combined with intimate knowledge of what's required to make a drift car perform, has given him confidence that his calculations on things like wheelbase, strut tower height, engine placement and so on will be correct.

Other benefits of basing this build around a Hilux was the space offered in the tub area for a custom rear suspension setup, and in the engine bay to fit Nigel's preferred powerplant - a Nissan SR20 four cylinder. Nigel's regular drift car, a Nissan 180SX, runs an SR20DET, so it made the decision to go Nissan for the powerplant a fairly easy one. Being a fairly tall engine, the Hilux's tall body was a good match, taking the SR20 without creating a bonnet hump that would destroy the clean body lines Nigel was after. The Hilux's height also enabled a high steering rack, which in turn meant the better steering angle that's essential for the severe changes in direction characteristic of drifting competition. However, the blending of Japanese brands wasn't a hit with all followers at www.engineeredtoslide.com, Nigel's blog about the drift ute project.

"The Toyota purists wanted me to put a Toyota motor in it. Of course, you have other people wanting a V8 in it," Nigel said.

"The list could go on, but what I wanted to do was basically keep the motor as low cost as I could, as reliable as I could, and at least have something that I knew a fair bit about, rather than starting from scratch with something else. But if someone came to me and said 'I've got this built LS2 (V8) that needs a home - do you want to run it?' then I would probably go for that choice," Nigel added.

While open to the idea, Nigel said that V8s just don't have the same aural impact as a high-revving, wailing four cylinder.

"In a drift car, it's a lot about the 'show'. If you're cruising around the corner at 3000 rpm, it doesn't have the effect of a motor producing the same horsepower at 8500 rpm. So I really wanted that 'banshee' drift-orientated motor that just screams as it comes around, because it adds to the feel of it all."

Aside form the engine debate, what has caused a lot of comment - and praise - on http://engineeredtoslide.com has been the scratch-built chassis and cage Nigel fabricated from RHS box tube and Racetech mild steel round tube - lots of it!

"I originally ordered about 25 metres, and I think I've doubled that quite easily!," Nigel laughed.

The custom-built chassis - box for the lower sections and round for the rest - may look over-engineered for its intended purpose, but Nigel said it's as much of a 'visual' thing as a 'practical' thing.

"A lot of it is to do with style," Nigel explained. "I didn't build it to outperform everybody on the track. I just built it to be a little bit different and to open people's eyes up to (show) there is more to drifting than just your everyday beater Nissan thrashing around out there.

"The rear end structure - how all the tubes tie in together - is basically a style thing more than a strength thing. I wanted it to be as visually impacting as it could. It's built with style, with strength. I didn't want (chassis) bars that ran straight, I wanted everything on an angle as much as I could".

What's also impressive about what Nigel's created is that he's done it all without the benefit of CAD or any technical drawings or plans. With the design in his head, and a welder in his hand, Nigel put together what you see here. A homemade tube bender and tube notcher, using Speedwerx dies, has also been a key in getting the drift ute fabricated to this high standard. Surprisingly, given its complexity, Nigel described the chassis build as being the easiest part of the project so far.

"The making of the chassis was quite straightforward. If you've got an angle and you've got a length and you know the angle of the bar it's joining to, then with just a digital angle meter, you match up your tube notcher to that. And as long as you've actually measured it right, then the tubes are just going to slot straight in. That actually blew me away, how easy it was to do the chassis. It still requires a lot of thought, a lot of time, and a lot of patience, but it's achievable - anybody could build one. I did it all in a one car garage."

If you've noticed the snug fit of the wheels under the guards, and wondered how this will impact the heavy steering changes - usually 70 degrees - that are a feature of drifting, Nigel is planning a unique solution.

"To get more lock out of it, I was toying with a few ideas, one of them being having a camber plate that's mounted on the strut, so as the strut turns, it pushes a section of the guards out. When you return to straight line steering, it'll return the guards back to where they usually are.

"There are a few ideas, but I definitely want it all to tuck in and look really clean, rather than having really bulged guards and the wheels sitting so far in that they look a bit ugly and non-factory.

"The whole idea was making it look like a regular Hilux. I didn't want any (chassis) bars that would be visible from the outside, and if you had tinted windows, then it would look like a really clean, low Hilux. Until you open the door and have a look inside!"

The most recent work on this project includes new handbrake and engine mounts, plus modification of the rear styleside body panels, which will eventually be replicated in fibreglass. While these sections, along with the tailgate and bonnet will be 'glass, the doors, cabin shell and front guards will remain in steel. A steel factory Hilux bumper will be used for 'show' work, with a fibreglass copy taking its place for competition use.

Nigel started the project in December, 2010, and while the ETS drift ute is on the cusp of its first anniversary, there's still a way to go. In the eleven short months he's been working on the project, Nigel has been heartened by the inspiration he's provided for others to get out there and create their own custom-fabricated machine.

"A couple of kids have actually gone and done welding courses, learned how to TIG weld, bought benders. I think it's really put a bit of excitement back into modern day fabrication," Nigel enthused.

"In the drifting scene, it's always about bolting things on. People don't really open their eyes up to building stuff, and what is actually possible. I think that kids growing up have that option now, like they can see what I've done, even if they just put plans into place like 'that's what I'm going to do in the future'. That's been the big thing that's moved me throughout all this," Nigel concluded.

With Nigel's ute getting people off the computer and into the shed, let's hope more creations like this will be seen in the future. We'll also be looking forward to seeing this creation when it's completed. Contributors to the ETS drift ute so far include: G Works, VIC; MCA Suspension, QLD; BRAE Fabrication, VIC; and Wheeltech, VIC.

You can follow the ongoing progress of Nigel's ETS drift ute at www.engineeredtoslide.com

Full write up in the December edition of JUST PARTS on sale 16th of November. 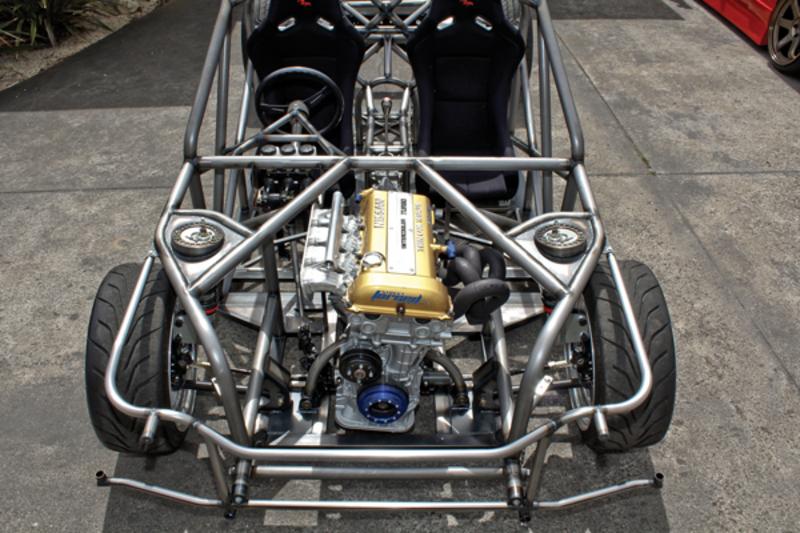 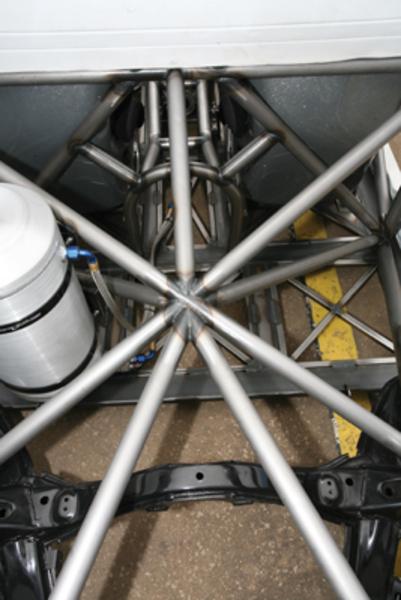 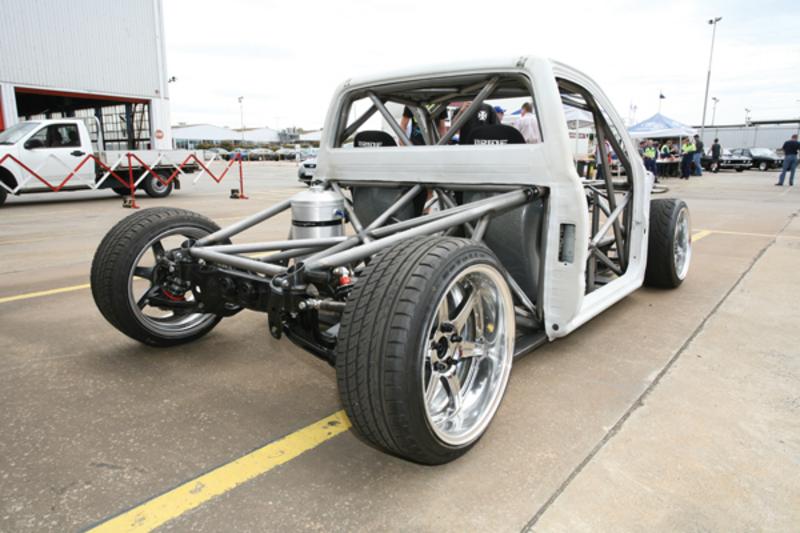 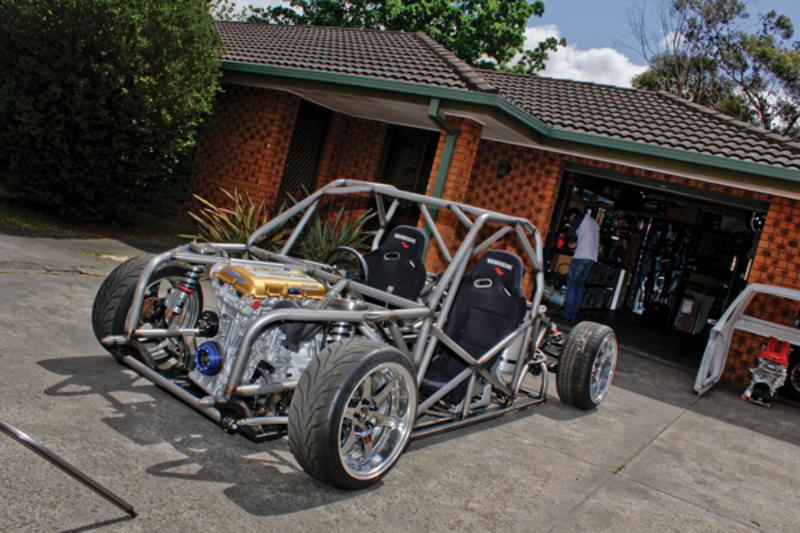 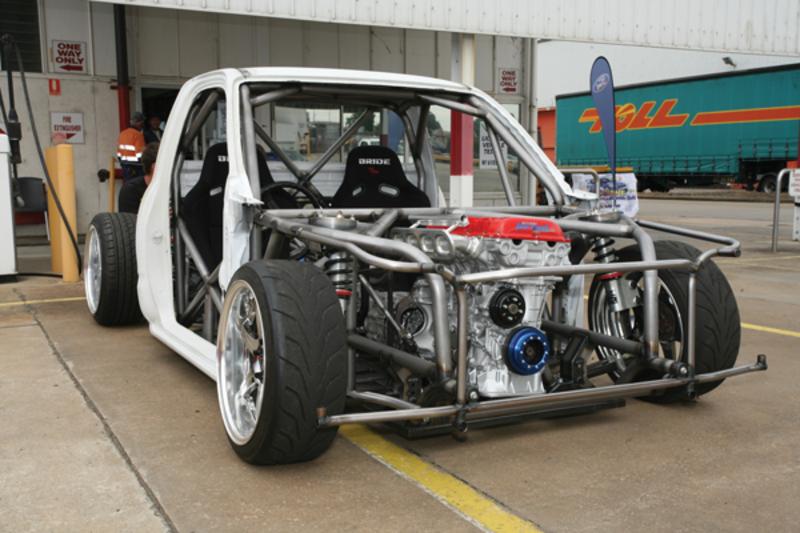 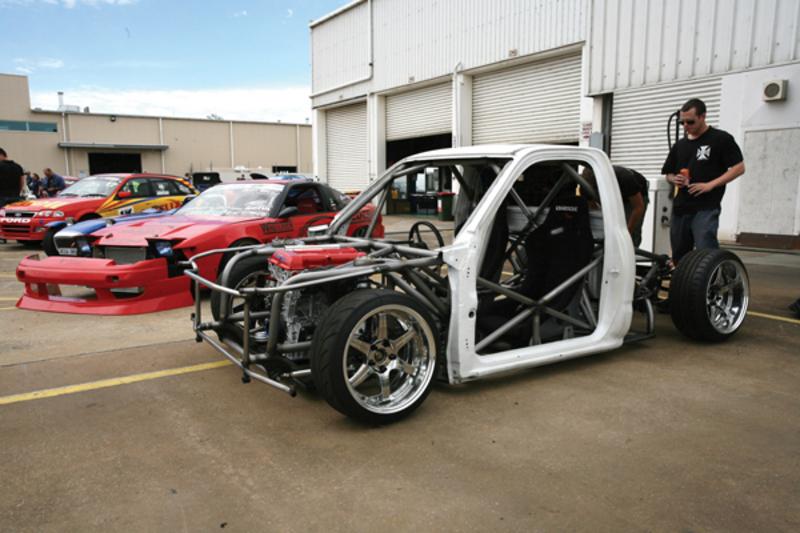 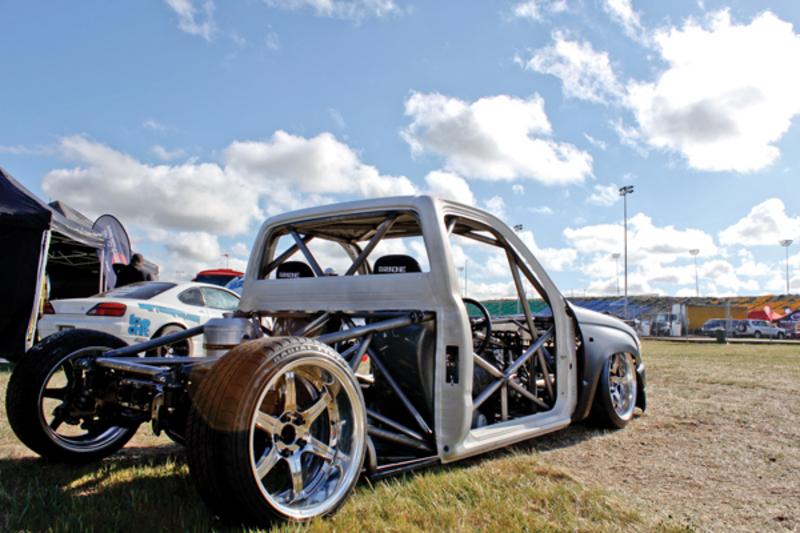 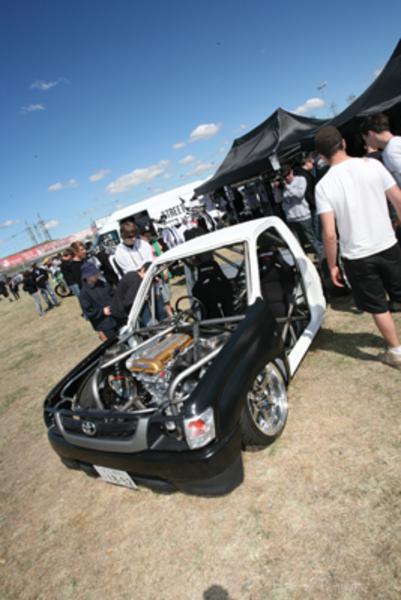 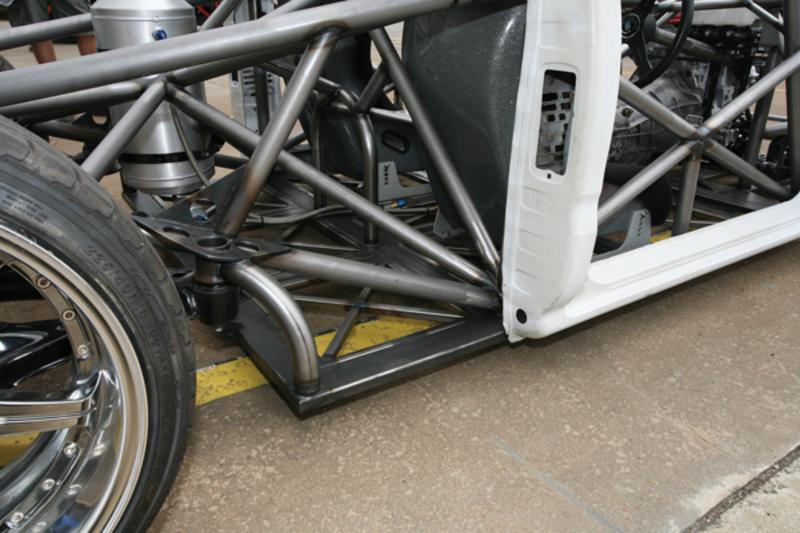 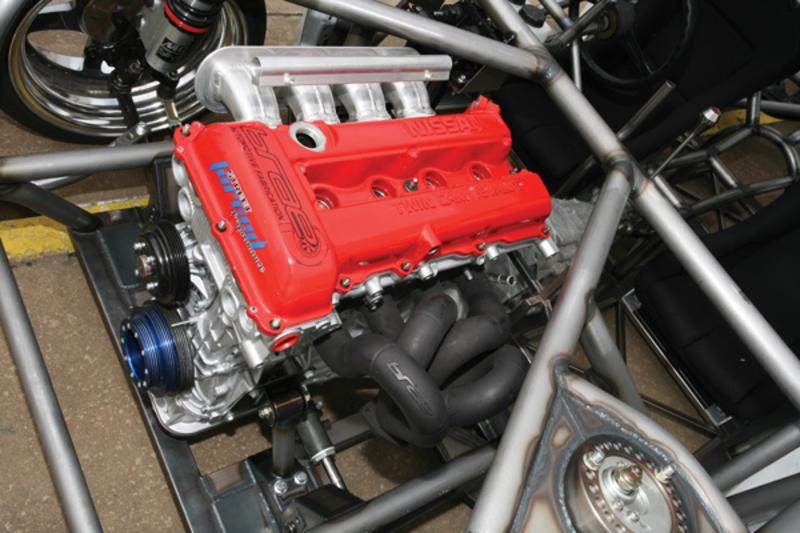