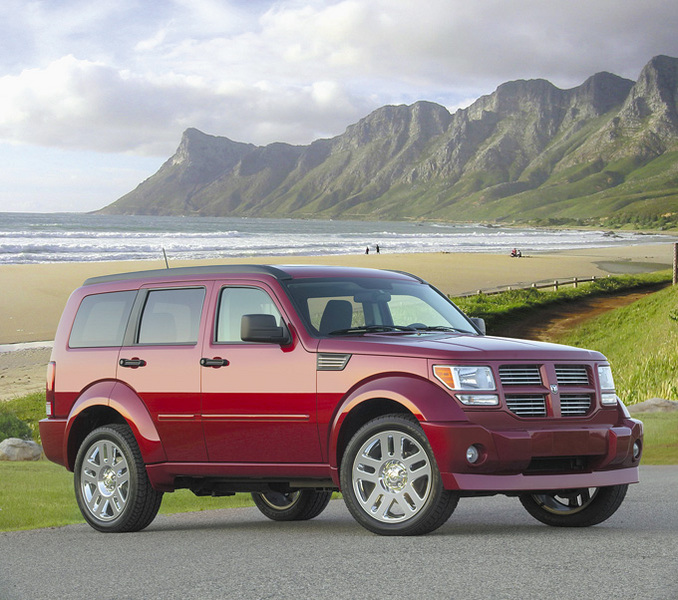 The aggressively styled Nitro mid-size SUV will be launched in the third quarter of 2007. Boasting instantly recognisable style, flexible interior design and delivering sporty performance, the Nitro will come in a choice of petrol and diesel engines. The Nitro is the U.S. marque's first mid-size five-seat SUV and will become the second Dodge to be sold in the country following the arrival of the Caliber.

"With aggressive styling and features like 20-inch alloys and performance suspension the Dodge Nitro delivers that little something mid-size four-wheel drive buyers are still searching for - attitude," said Gerry Jenkins, managing director, Chrysler Group Australia. "Dodge's bold and masculine styling - think Viper and Caliber - is hot-wired into Nitro, inside and out. "It's for customers that want something totally different, that stands out from the crowd. "Nitro will heat up the mid-size SUV market giving consumers a quality vehicle with killer looks, unsurpassed utility and features that will surprise," he said.

Nitro's spacious interior has room for five passengers, innovative cargo features, and the seating and storage flexibility ideal for people with active lifestyles. One example of this is Load 'n Go, a new innovation which is ideal for loading and unloading packages and other items into the vehicles boot space - the cargo floor travels 46 centimetres, extending over the rear bumper, and holds over 180 kilograms. The vehicle also has safety comprehensively covered with more than 25 safety and security technologies including Electronic Stability Program (ESP), All-speed Traction Control and advanced multi-stage air bags. Furthermore Dodge Nitro is well-versed in digital entertainment and communication technologies, including MP3, CD, DVD, VES (for Video Entertainment System), and a new innovation, MyGIG Multimedia Infotainment System. MyGIG allows customers to use touch screen or voice commands to control all of Nitro's entertainment and communication technologies, and includes satellite navigation as well as a 20-gigabyte hard drive where music and photos can be stored.

Prices for the Nitro will be announced at launch.