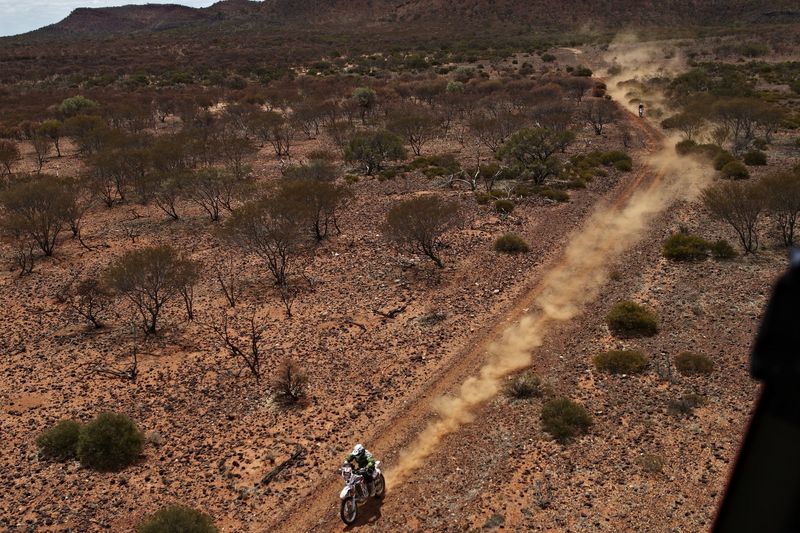 The Australasian Safari officially gets underway today, and for a bunch of Aussies, there's more on the line than just finishing the event; there's also an entry into the 2014 Dakar rally up for grabs.

As part of the 'Dakar Challenge' at selected off road endurance racing events this year, two entrants (one each in the moto and auto divisions) in this year's Australasian Safari, who place highest in their respective events, will earn a free entry to the 2014 Dakar.

Entrants, who registered for the Dakar Challenge element of the Aus Safari in order to be eligible, include:

Competing against them for the coveted Dakar entry is American Ryan Wallace. Last year's Dakar Challenge at the Aus Safari went the way of South African Brett Cummings, so the local contingent will be hoping an 'international' doesn't grab the slot again this time around!

Speaking before the ceremonial start in Perth, Wallace said the pressure gets bigger for the Dakar Challenge entrants: "I have always been impressed by the competitor's determination to finish the Dakar Rally, and their racing abilities - I made it a life goal of mine to enter!"