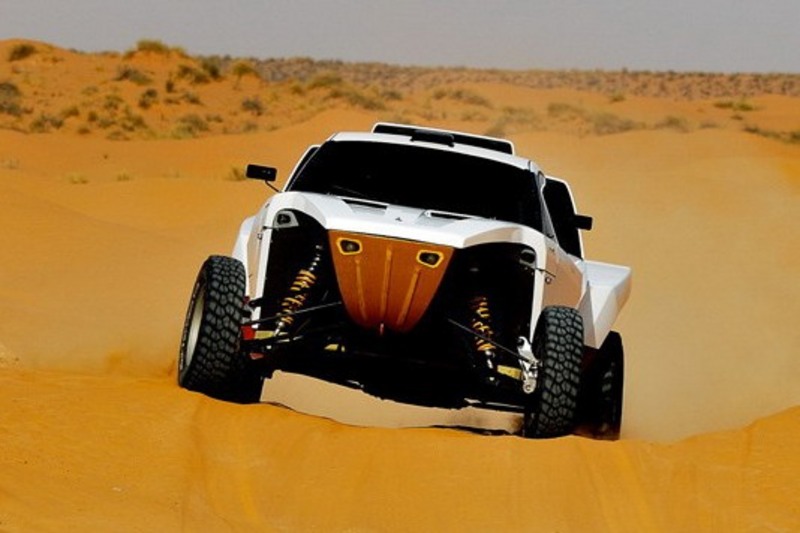 If that isn't enough, Bedin will be partnered in January's rally through South America by Mauro Lipez - a man he hasn't even met yet.
The Dakar rally is always a challenge, no matter who you are or what you're competing in. For Gianpaolo Bedin, the 2013 Dakar will not only be his first attempt at the iconic race, but the Italian will also be doing it in a 'Raitec Buggy', which is a vehicle entirely of his own design.

If that isn't enough, Bedin will be partnered in January's rally through South America by Mauro Lipez - a man he hasn't even met yet. As far as leaps into the unknown are concerned, Bedin's has to take the cake!

A former engineer for the Minardi and Osella Formula 1 teams, Bedin designed the buggy he will run in the Dakar, with the project taking almost ten years.

"It's a crazy idea to build your own car to take part in the Dakar," Bedin said. "The first step was to make sure it will be able to receive approval during the scrutineering. In principle, it should do.

"I went to Tunisia to do some testing and I've got the feeling that it's a good car. Now, I just hope it will get to the finishing line, regardless of the position," explained the Italian.

The connection to Mauro Lipez, the man who will be finding himself in the passenger seat of the Raitec Buggy, is equally unusual.

"I simply posted a message on the dakar.com website's forum to offer my services, Argentinean Lipez explained. "Two months later, I received an e-mail from Gianpaolo Bedin. He was looking for a navigator who was at ease in the countries which the Dakar will visit.

"I'm pretty sure of my capacities, because last year I didn't make a single mistake, not even a deviation of 50 metres! As a result, we'll be driving for the first time together on the first stage. It's a bit like a fairy tale!"