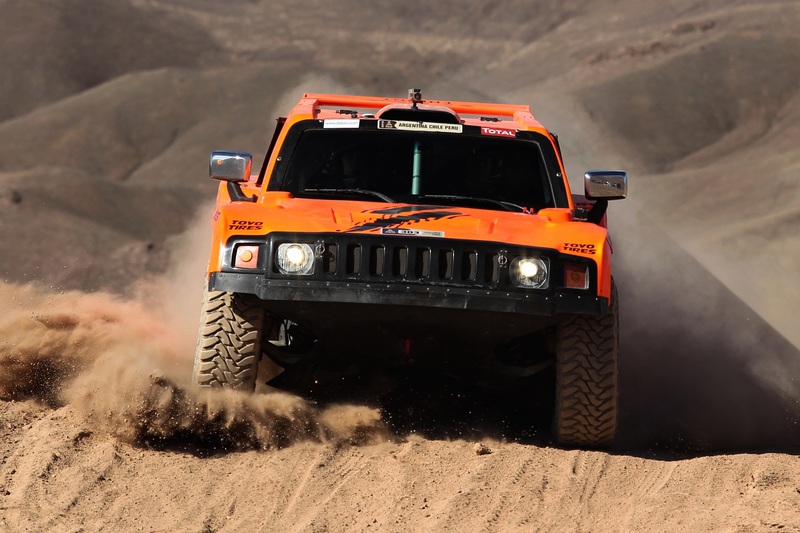 After finishing second on the last three stages, Gordon finally managed to win a stage on this year's Dakar. In the end, the American won by 1'38" ahead of Peterhansel, moving back to within 5'58" of the Frenchman in the general standings. Absorbed in a day-long chase after the American, Peterhansel came back to within 19 seconds of the Hummer at CP5 before Gordon bolted over the last 80 kilometres of the 606 km Special Stage (originally 556kms, but altered for weather reasons) and in particular the daunting final 32 percent gradient descent to Iquique. At the end of the day, victory went to Gordon, enabling him to get back to within 5'58" of the green Mini in the general standings.
"It was a very good special for us again," Gordon said afterward. "For us, we've got to make time. We're in a different position to [Peterhansel]. He has to conserve his time and I've got to make it. We've got four days left, four real days of racing left and the Hummer's strong."

While one Hummer experienced triumph in the 'fesh fesh' sand and rocks, the other suffered tragedy, with Nasser Al-Attiyah retiring from the rally. Ongoing problems with engine and alternator belts saw the 2011 winner finally concede defeat 200kms into Stage 9. While the Qatari expressed his desire to return to the Dakar in 2013, it's unlikely to be at the wheel of a Hummer.

The other notable retirement from Stage 9 was Alister McRae. The former WRC driver had a disastrous start to the 2012 Dakar, but slowly made up ground in his Mitsubishi-based 'McRae Enduro MC-4' buggy, and was sitting in 69th overall before he retired.

For his part, Peterhansel acknowledged the threat of Gordon's Hummer and admitted the fight is now on for the win.
"When the Hummers don't have any problems, they are a bit quicker than us. We're going to fight to hold on to the slender lead we have over him. I started to wonder if Nasser was having technical problems when I saw that he wasn't catching me up. It's true that we didn't see him all day long. It means that Gordon is on his own now and for us that makes things a little bit better. There are flaws with the Hummers. I just hope that we'll be able to take advantage of them."

The other X-Raid All4 Racing Minis experienced their own problems on Stage 9, with Nani Roma losing 8 minutes and Krzysztof Holowczyc rolling his Mini onto its roof on the transit section between the two parts of the Special Stage! Holowzcyc is still 3rd, but is now only 2'37" ahead of his X-Raid team mate in Roma.
"95% of the stage was very good," Holowczyc said. "On the last section, we missed the road, I tried to back up and rolled the car onto the roof. We asked spectators to help and a biker stopped as well. I must say a big, big thank you to him. We put the car back on its wheels and restarted, but we lost a lot of minutes."

In the overall standings, Peterhansel's lead continues to shorten, the Frenchman now only 6 minutes ahead of Gordon. Holowczyc is almost 17 minutes behind in third, followed by Roma and de Villiers (Toyota). Novitskiy (Mini), Sousa (Great Wall), Alvarez (Toyota) and Vos (Toyota) follow, with Erik Van Loon completing the top ten in his Mitsubishi Racing Lancer.

Geoff Olholm continues to make up ground, finishing Stage 9 in 65th overall. Olholm and his co-driver Jonathan Aston, were lucky to complete thee stage at all after punting their Rabe X1 Desert Warrior off a cliff while trying to make up time. The three metre drop smashed the front panels, damaged the diff and left the BMW-powered vehicle hung up on a boulder. After around 30 minutes trying to get clear, Olholm was able to continue to the finish of the stage. A similar accident knocked rally veteran Bruce Garland out of the Dakar last year.

Stage 10 from Iquique to Arica will be the final in Chile before the Dakar heads into Peru, and will be characterised by sand - lots of it! 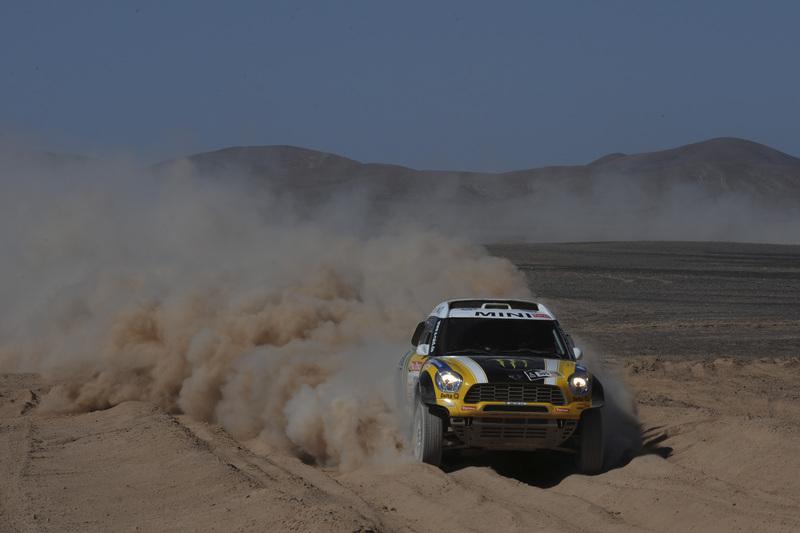 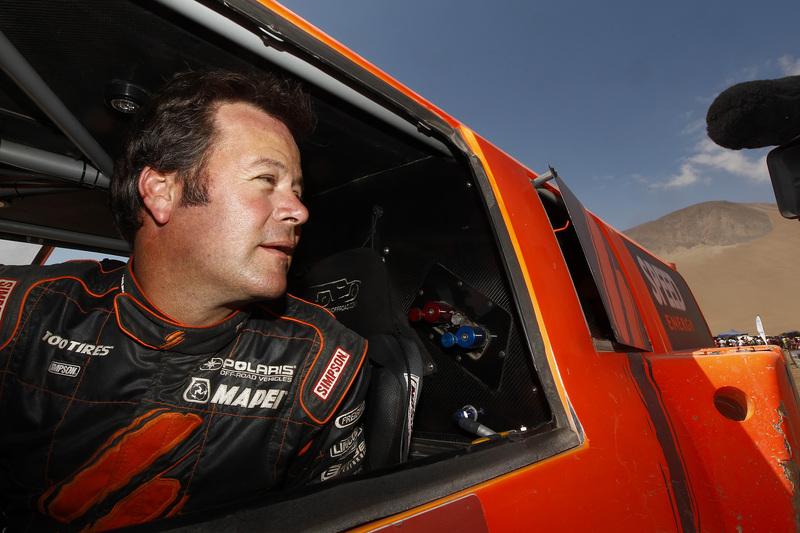 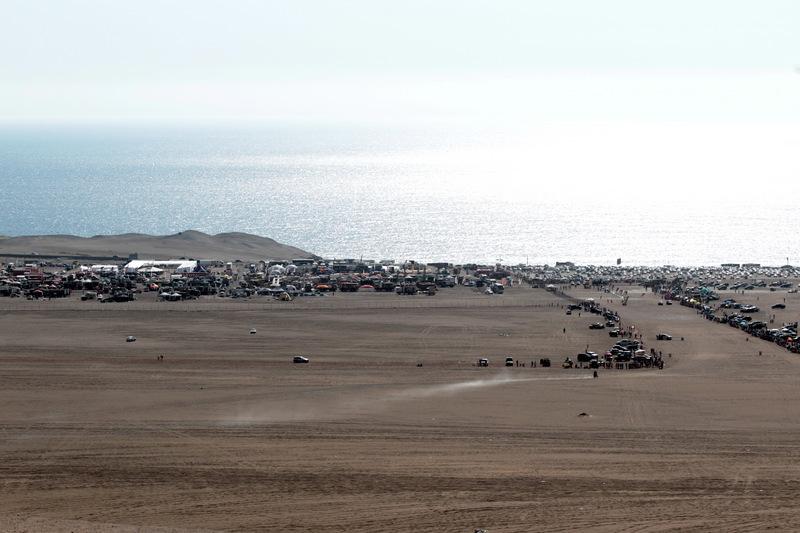 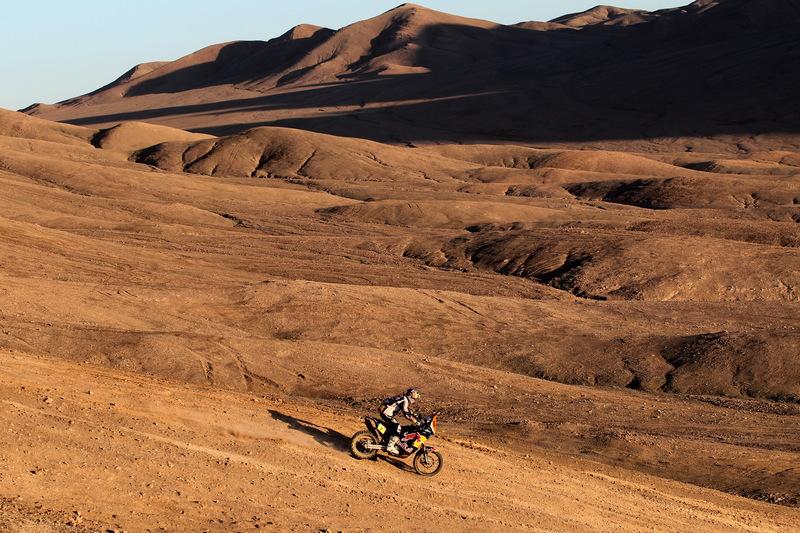 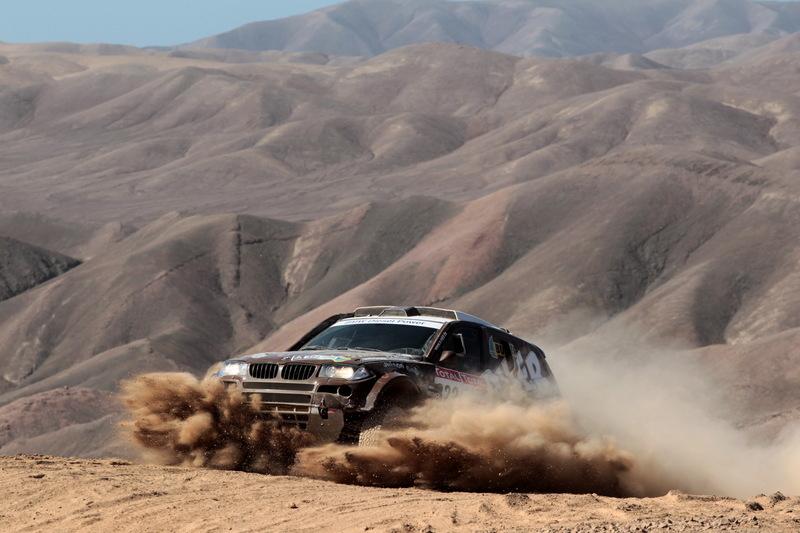 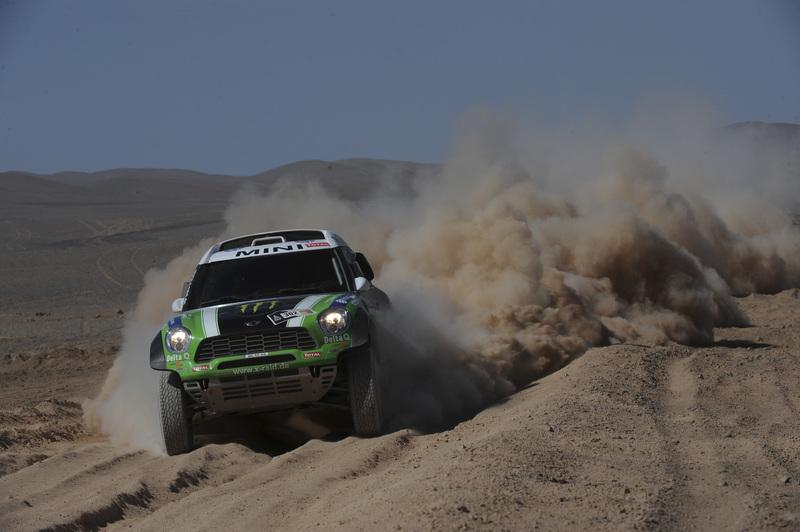 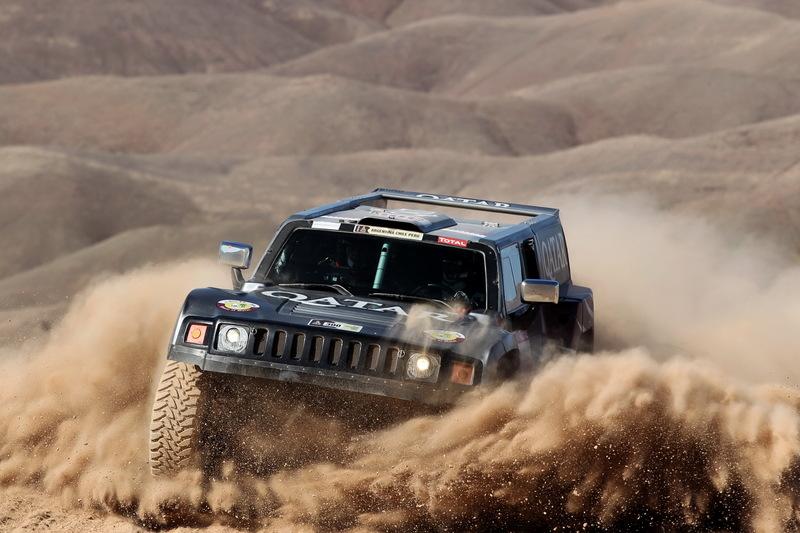 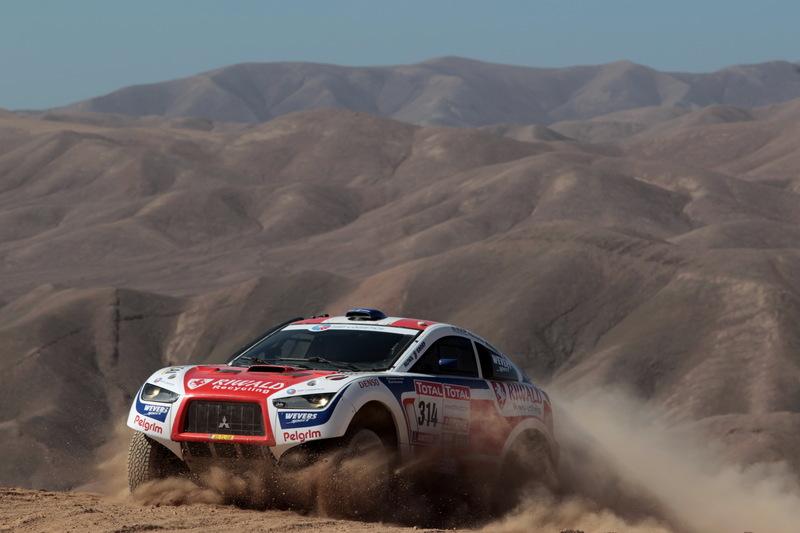