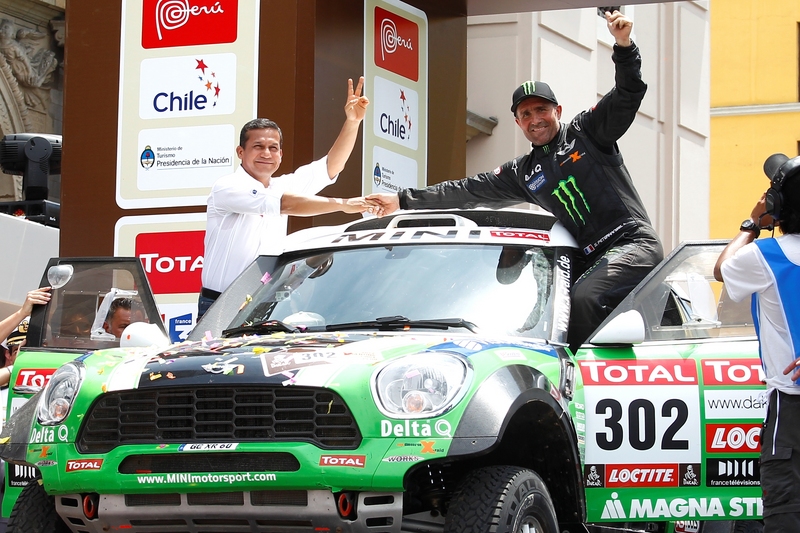 While the Hummers were fast, they were fragile at crucial points in the rally. In contrast, the Minis prepared and developed by X-Raid in Germany, were virtually bulletproof, suffering no major mechanical issues. The Monster Energy Drink-sponsored Minis also boasted a star driver lineup in the form of previous winners, Stephane Peterhansel and Joan 'Nani' Roma, supported by Leonid Novitskiy and Ricardo Leal Dos Santos. A fifth X-Raid Mini, driven by Poland's Krzysztof Holowczyc and sponsored by Polish oil company Orlen, performed well for much of the rally, and was on track for a podium until a crash and power steering failure on Stage 10.

The X-Raid team were favourites before the start of this year's Dakar, and ultimately lived up to the pre-race predictions. At the finish, X-Raid Minis won eight stages out of thirteen with four different pilots (Stéphane Peterhansel taking three). More importantly, the team was always in command of the overall classification. Just how consistent they were is evidenced by the final standings. Of the five X-Raid Minis entered, all of them finished in the top ten.

Although he took the lead in stage 3, Peterhansel still had to wait until the penultimate stage to get an unassailable advantage. In the end, the Frenchman took his fourth win in the car category (his first in South America) with a margin of 41'56" over Roma. This year's victory sees Peterhansel join Ari Vatanen as the equal record-holder in the car category. The win also marked Peterhansel's tenth outright victory - six on motorcycles, and four in cars.

Despite the dominance of the Minis, the challenge of the Hummers cannot be discounted. Robby Gordon, aided by the driving skills of his teammate, Qatar's Nasser Al-Attiyah, and propelled by the raw power of his H3 (whose compliance with the rules was disputed), left his mark on the 33rd edition of the rally, both on the course and in the bivouac. For much of the rally, Gordon was the only pilot able to stand up to the X-Raid machines. Three stage victories were impressive, but crashes and mechanical problems robbed the Californian of crucial time, and he only managed to finish fifth in the overall classification. Gordon also won the largely ceremonial final 29km Special Stage on the way to the podium presentations in Lima. A string of mechanical problems saw Al-Attiyah choose to retire after Stage 9.

Aside from the Minis, the highlight of the 2012 Dakar was the performance of the ever-consistent Giniel de Villiers (Toyota), with a less boisterous but more effective style. Although his preparation was cut short and the Hilux project was still in the making (to comply with 2013 Dakar regulations), the South African driver managed to crack a podium place in the very first participation of the new Toyota.

Finally, the win in the two-wheel drive category went to Ronan Chabot and his 350 Chev V8-powered 'SMG' buggy. The French driver was extremely consistent and beat South Africa's Mark Corbett (Toyota V8-powered Century Racing CR4) by over nine hours. This margin would have made life much easier for Spain's Xavier Foj, the winner of the production category! In his modified 3.0lt Toyota Landcruiser Prado, Foj had to wait until the final part of the race to open the decisive gap and win the class ahead of Japan's Jun Mitsuhashi, in a similar spec Toyota, by a mere 59 seconds.

The sole Aussie in the car category, Geoff Olholm, finished 50th overall, sacrificing a potentially better result on the final Special Stage to tow a stricken competitor to the finish. With British co-driver, Jonathan Aston, Olholm experienced his fair share of ups and downs on the 2012 Dakar, including a plunge off a cliff, five car pileup in the dunes, and numerous mechanical dramas in his BMW twin turbo-powered buggy.
The chassis of the 'Rabe X1 Desert Warrior' machine was modified and strengthened ahead of this year's Dakar, and that side of it held up well - it was the running gear that let him down. After blowing both turbos on Stage 4, going into 'limp mode' on several occasions, the machine also broke a driveshaft on Stage 7. Olholm's best stage finish was a 21st on Stage 3. After getting the chassis of his Desert Warrior sorted for 2012, Olholm has vowed to devote this year to developing the mechanicals on his Cairns Coconut Resort-sponsored machine and return in 2013.

At the finish, the top ten in the car category was as follows: 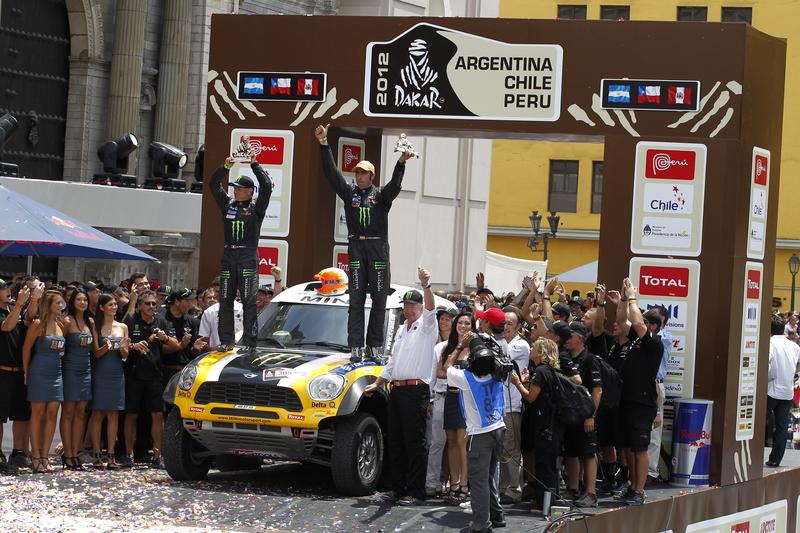 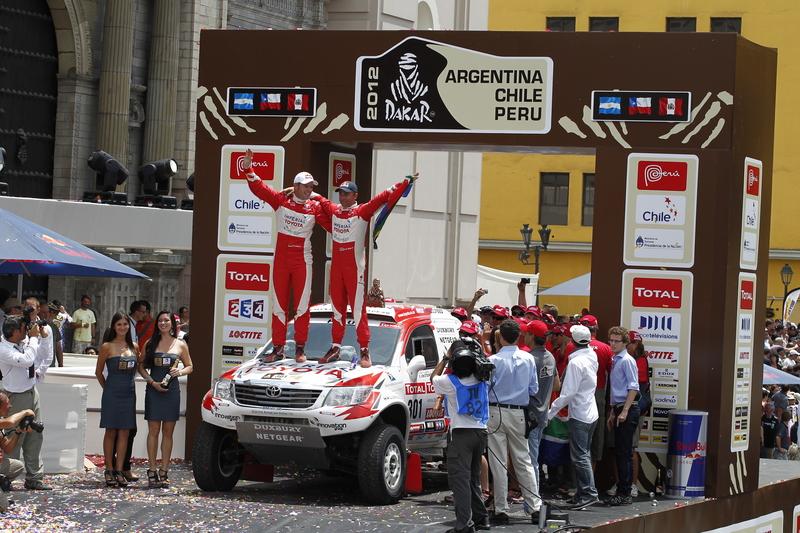 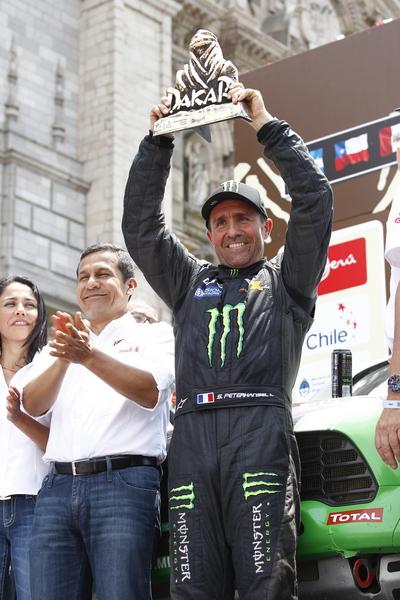 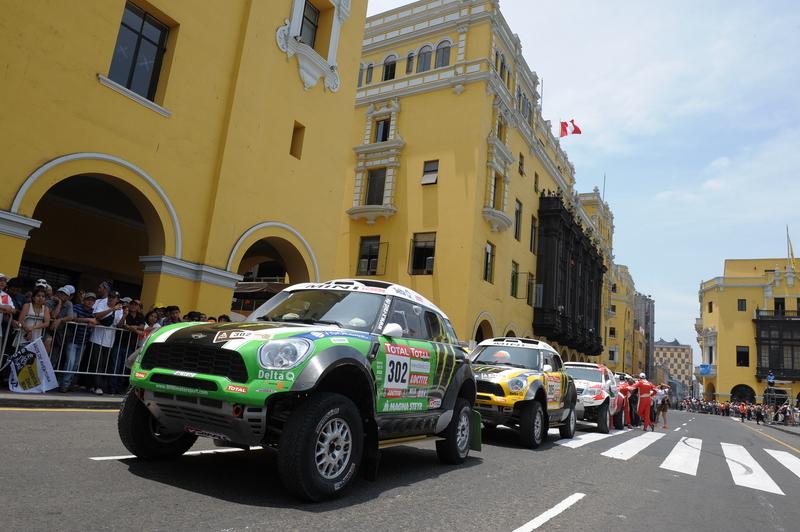 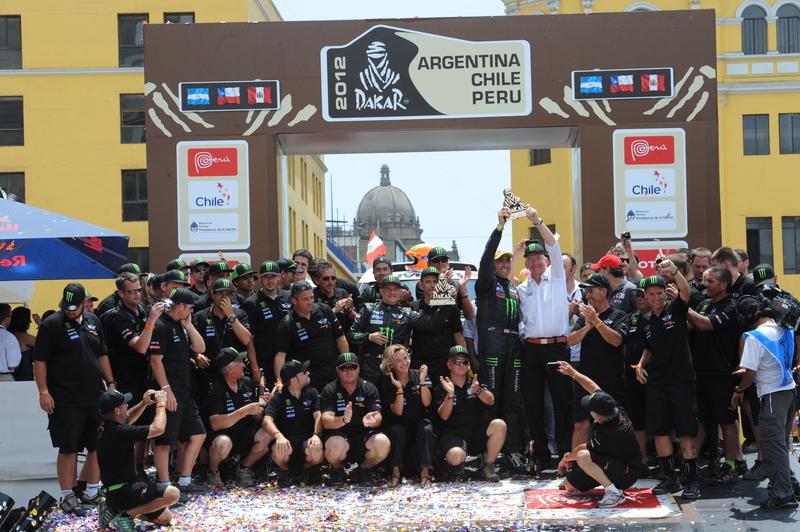