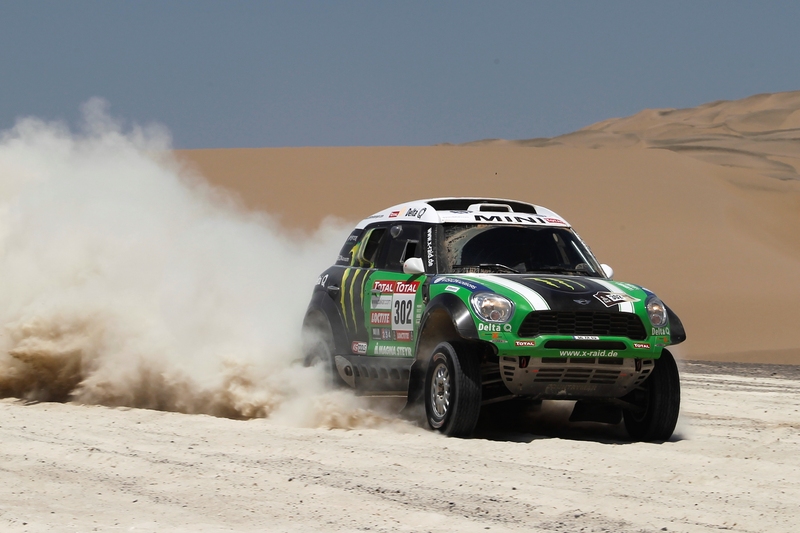 While the final result was in little doubt even before the stage started, Robby Gordon (Hummer H3), made sure he finished the 2012 Dakar with all guns blazing. Setting himself the goal of winning each stage after his technical disqualification, Gordon looked to be on track to back up his dominant win on Stage 12.

After setting a blazing early pace on the day's 275km Special Stage, the American lost several minutes on the dunes at km 182, but this only made him more eager to prove how fast he is! As a result, the Hummer flew over a dune 22 kilometres later and did a somersault. Gordon was able to continue... after losing over 36 minutes! The assembled Peruvian fans helped get the Hummer back on its wheels, before Gordon charged away again, minus his rear bodywork! With the time lost, Gordon eventually finished the stage in tenth place.

"I was driving at a high pace when I crossed a dune and suddenly the front of my car crashed into the sand," explained Gordon of the first crash on the stage. "We were stuck and lost 40 to 45 minutes there. In the meanwhile, Stephane overtook us and we set off behind him very quickly. Then my car did a somersault, but we put it back on its wheels and continued the special! Incredible! I wanted to beat the Minis with a big margin today. Actually, there was a moment when we were leading them by 30 minutes. At least we had fun."

For Peterhansel, the penultimate stage of the 2012 Dakar was all about "staying alive" and making sure the lead he had built up over the past dozen stages didn't get lost in the dunes. Despite driving cautiously, the Frenchman thrived in the difficult conditions and made the most of his experience to avoid all the traps in the special.

"It was not a stage we were trying to win," Peterhansel said. "First and foremost, we wanted to avoid falling into traps, especially after getting stuck in the sand yesterday. It was the toughest stage of the entire Dakar with regard to the dunes. We made a tactical choice to start with lower-than-normal tyre pressure, so we had to be very careful at certain points, but we did well on the dunes."

Peterhansel won the stage by over 8 minutes from Giniel de Villiers (Toyota), who has proven the reliability of the 2013-spec prototype Hilux race machines. Leonid Novitskiy (Mini) was a further 5 minutes back in third. Nani Roma, Peterhansel's only real challenger for the overall victory in the car class, had his own problems on Stage 13, striking trouble in the same spot as Gordon. eventually finishing seventh. After getting stuck in the dunes yesterday, the Spanish driver did it again on the Special Stage between Nasca and Pisco. The Catalan driver was stuck for over 25 minutes, until his Portuguese teammate Ricardo Leal dos Santos came to his rescue.

"Today was one of the most difficult stages I have ever experienced," Roma said. "I ended up in a shallow hole trying to avoid a motorcycle rider who fell in front of me. Luckily, Ricardo dos Santos (X-Raid Mini team mate) got me out of there, although we were stuck in the whole for quite a while. We are still 22 minutes ahead of Giniel, but he also got stuck in this hole. I later lost some time on a waypoint I spent a lot of time looking for, which cost me over 12 kilometres. But it was my fault for losing my focus."

The final stage comprises a timed Special Stage of only 29kms in length, so anything bar a complete mechanical failure should see Peterhansel raise the winner's trophy in Lima. With the final stage remaining, the X-Raid Minis of Peterhansel and Roma look likely to go 1-2, with the Frenchman leading the overall classification by 42'57" over Roma, and 1 h 15'09" over de Villiers. With Novitskiy a further hour back in fourth, any chance of a Mini 1-2-3 seems highly unlikely. Pending his disqualification appeal, Gordon should finish fifth, followed by Alvarez (Toyota), Sousa (Great Wall), Leal Dos Santos (Mini), Ten Brinke (Mitsubishi) and Holowczyz (Mini), who has snuck into the top ten. With a three minute lead over eleventh-placed Vos (Toyota), the 2012 Dakar looks like being a 'Mini' event, with five of the X-Raid All4 Racing Minis in the top ten.

On the penultimate stage, Geoff Olholm continued to battle through, finishing 42nd on the stage to remain in 50th overall with one stage remaining. Olholm looks likely to finish his second Dakar, but this year's effort has been nothing if not eventful. Crashes, a series of mechanical failures on his BMW twin turbo-powered buggy, and time spent helping fellow competitors was topped by a bizarre crash on Stage 13 involving no less than five vehicles! Apparently, a number of competitors got stuck in a sandbowl and, blinded by the swirling dust, hit each other trying to get out. 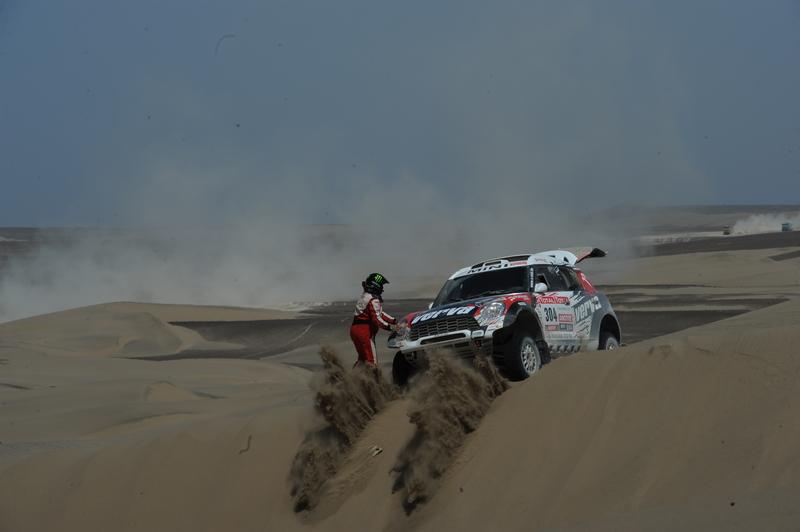 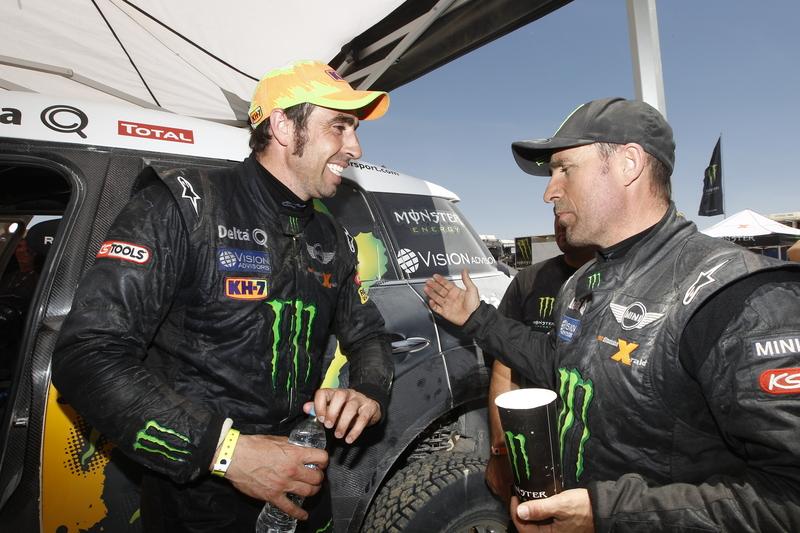 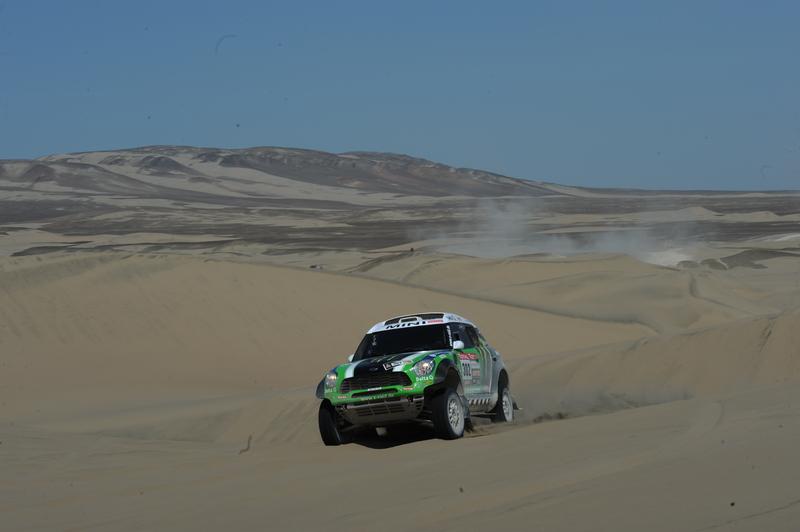 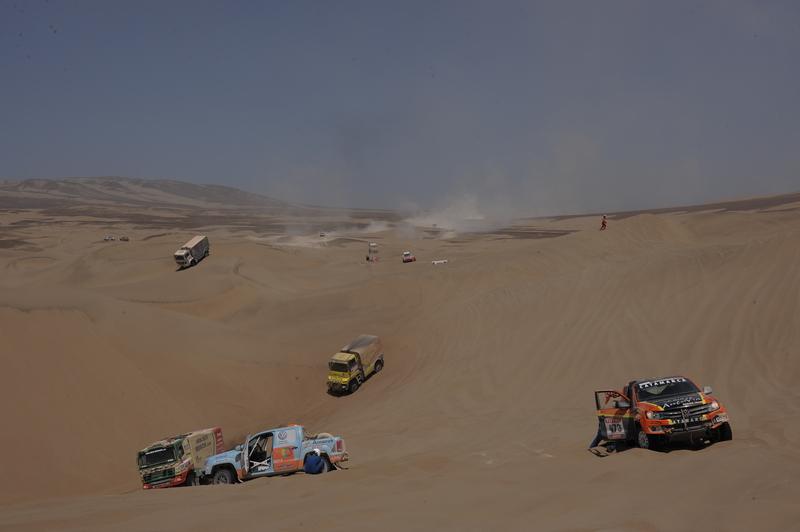 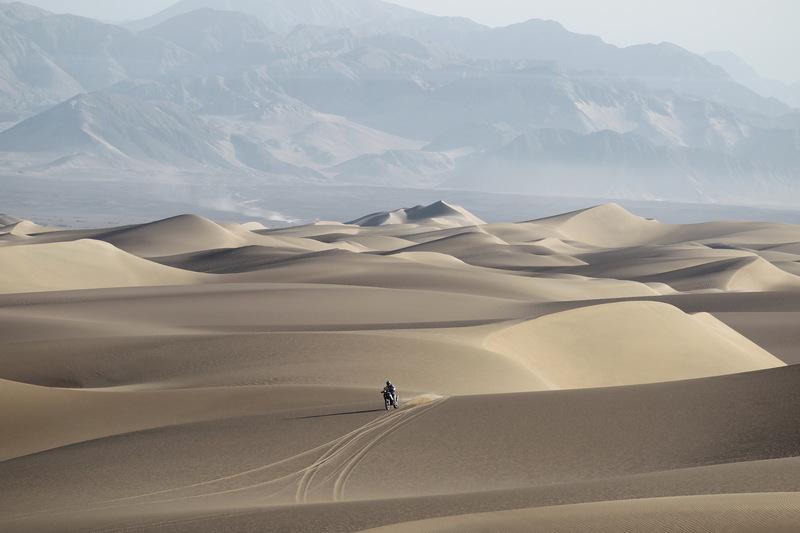 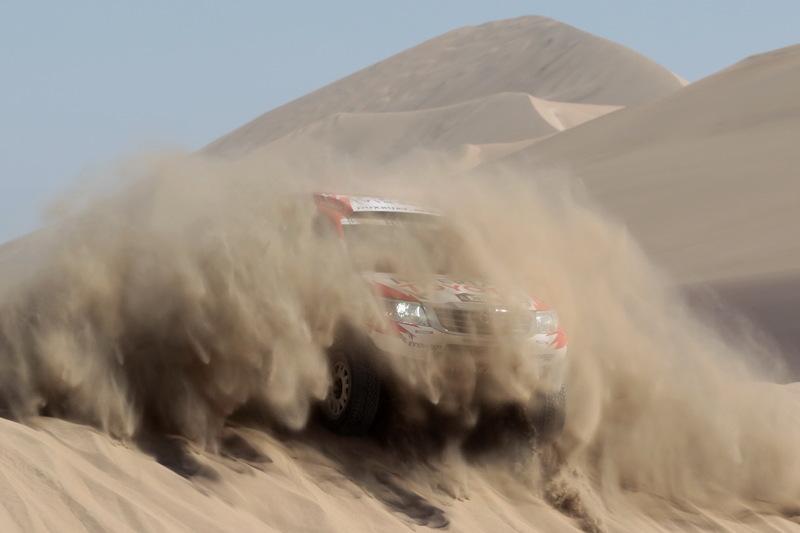 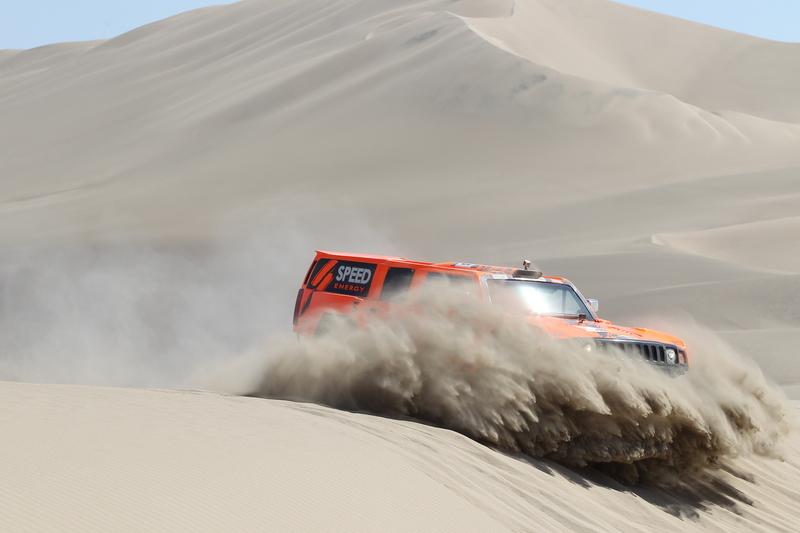 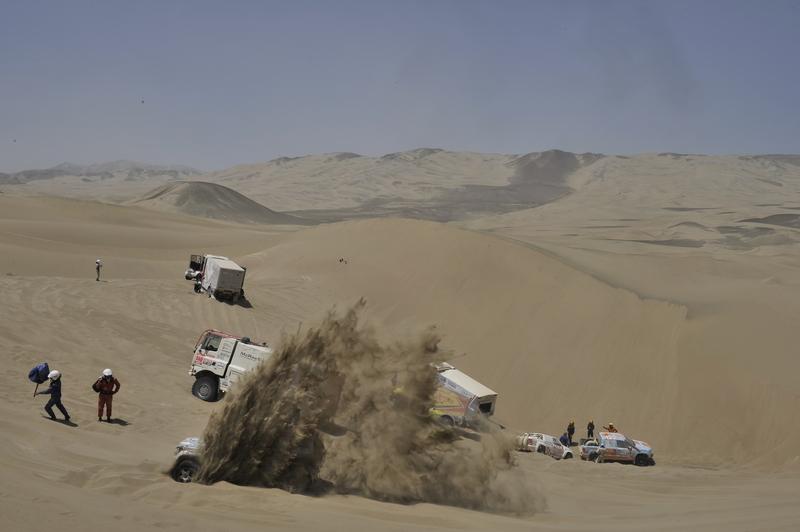