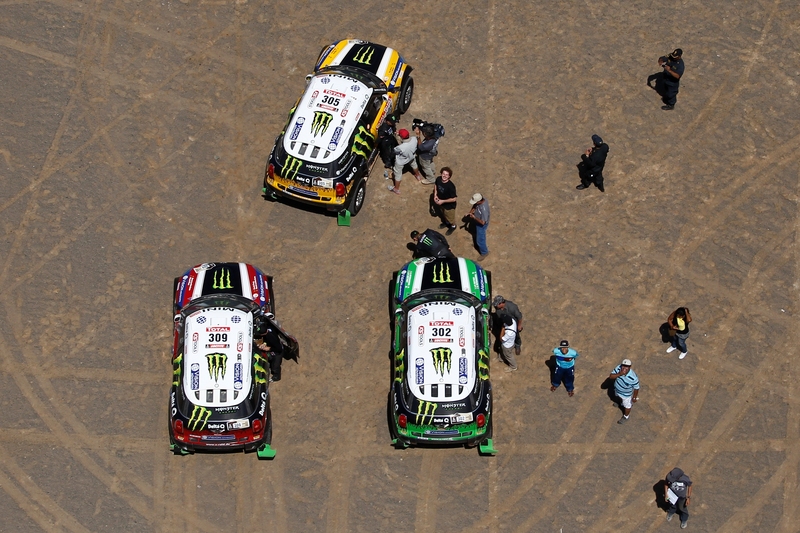 Starting the Arequipa-Nasca stage 22nd, Gordon was on the attack from start to finish on the day's 245km Special Stage, annihilating the competition through the dunes to pick up the stage victory by a whopping 15'18" from Russian Leonid Novitskiy (Mini), and 22'06" in front of South African Giniel De Villiers (Toyota). More importantly, Nani Roma (Mini) finished ahead of Stephane Peterhansel (Mini) on the stage, creeping closer to the Frenchman in the overall standings.
"It was a great stage, with big dunes and the car's fast. Last night I went through a whole thing and went on Youtube," Gordon said, giving his side of the technical disqualification issue that's been applied to his Hummer H3. "You can go to Robby Gordon - Dakar - Air inflation; check it out, it's posted and explains the whole system. It's the same system that the French officials approved one year ago and now they've changed their minds. I'm pissed. I'm pissed at Stephane and I'm pissed at Nani for challenging my character about being a cheater and today I kicked their asses. I'm going to prove something every day for the rest of the rally. We're going to win every special from here home."

Respectively 1st and 2nd to get to grips with the Stage 12 track, Peterhansel and Nani Roma both came close to a major setback when both their X-Raid Minis got stuck in the sand. Peterhansel seemed to fair worse, losing almost 20 minutes to get out of a "sink hole" between dunes after 145 km. However, he hurtled back into the race, eventually catching up with his team-mate just before the finishing line to only concede 2'49" to Roma. The Catalan also encountered the perils of the dunes, regularly adjusting tyre pressures to cope with the conditions, but had a tyre came off the rim at one stage, and like Peterhansel, also got stuck after 155 km, but took less time to get over the mishap.

"As soon as we crossed the first dunes, we went over a crest and behind it was a sink hole, immediately penalising us as we got stuck," Peterhansel explained. "We lost at least 20 minutes, which meant that we would also lose the lead in the general standings. We cleared some sand and moved the car forward centimetre by centimetre to get out of there. Afterwards, I have to admit I took risks to claw the time back. That was the 50 km where I've attacked the most during the whole rally. I've been saying for a while that by getting stuck in the dunes it's possible to lose half an hour. Today we came close to a real setback."

With both the leading Minis experiencing problems, there were no real changes in the standings. Peterhansel now has a lead of exactly 20 minutes over Roma. Behind them, Villiers still appears able to protect his 3rd place until Lima, but still has to steer clear of problems and keep a watchful eye on Robby Gordon in fourth who probably still has not given up hope of a podium finish, despite trailing the South African by more than 37 minutes. Novitskiy's fifth overall makes it three Minis in the top five.

Lucio Ezequiel Alvarez (Toyota) is holding steady in sixth overall, the best-placed of the South Americans. Behind him, ten Brinke (Mitsubishi), Sousa (Great Wall), Leal Dos Santos (Mini) and Vos (Toyota) complete the top ten. Only a minute behind Vos, Krzysztof Holowczyc (Mini) in 11th will no doubt be pushing on the final two stages to put all the X-Raid All4 Racing Minis in the top ten.

Geoff Olholm finished Stage 12 an impressive 19th - his best finish on this year's event - but dropped back to 50th in the overall standings. Barring any other major mishap - and the Aussie has had plenty so far! - Olholm should finish this year's Dakar inside the top 50, but the goal for the Desert Warrior driver will be just to finish the rally. 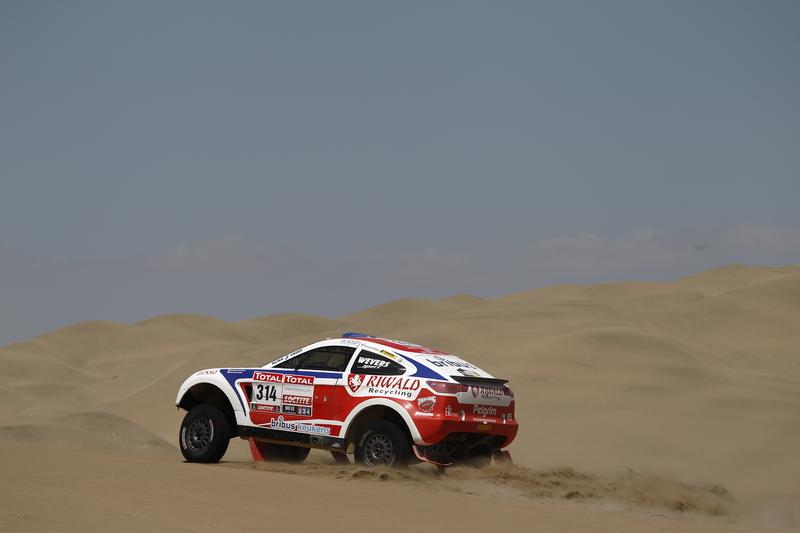 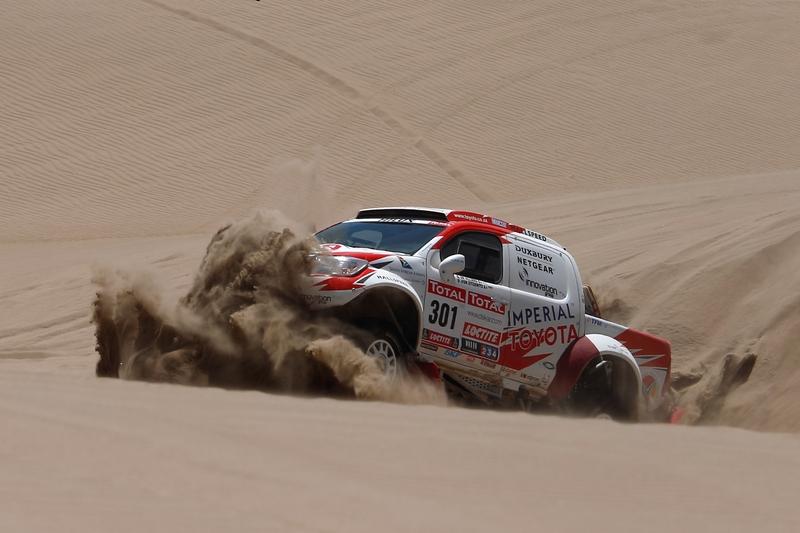 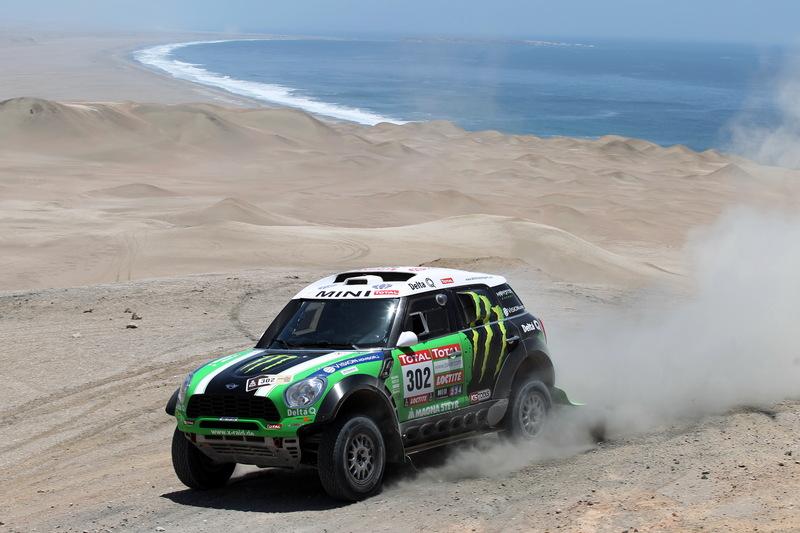 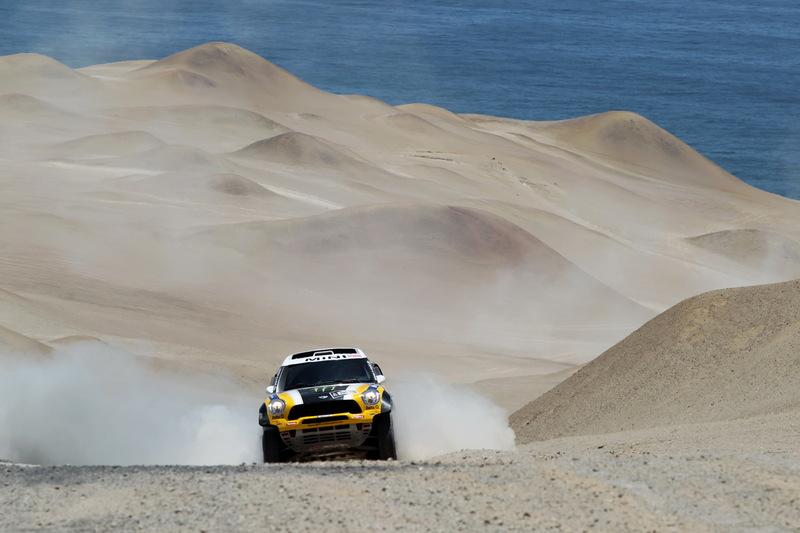 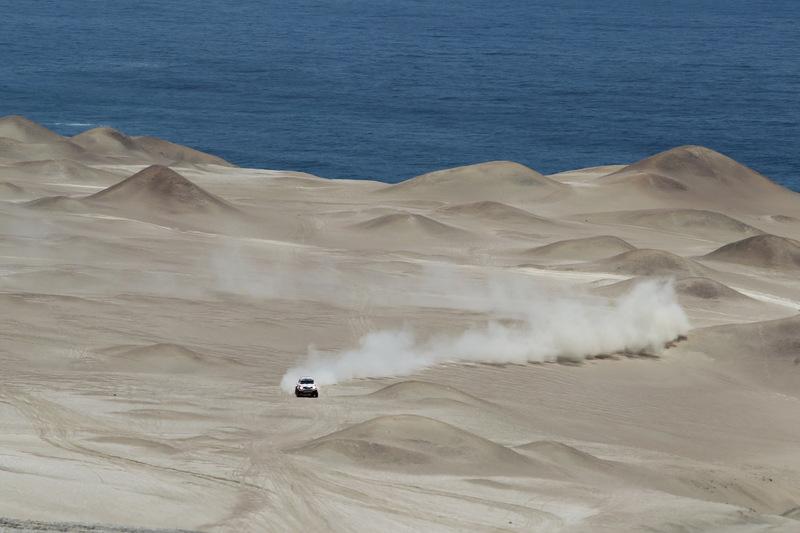