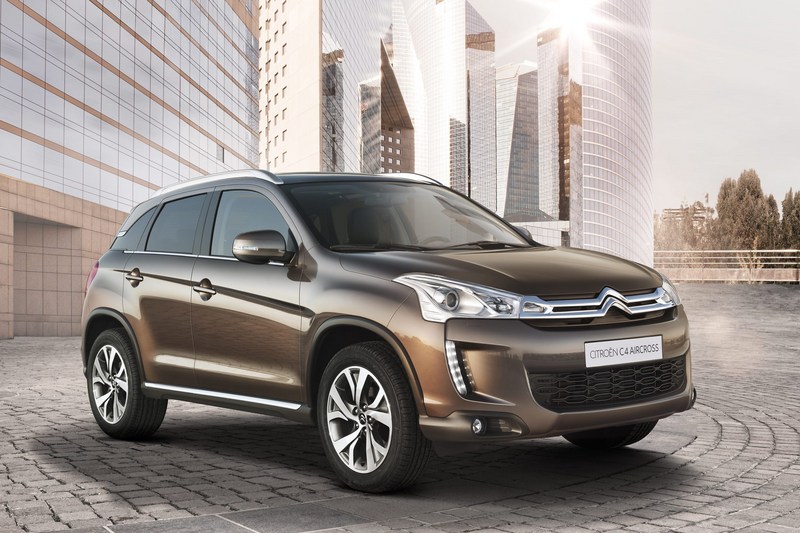 More than 100,000 new Citroën C4 vehicles have already rolled of the assembly line since the model was launched and this month will see the new C4 arrive in Australia in petrol, Turbo Diesel and, with the e-HDi, micro-hybrid Turbo Diesel forms. Building on the success of the existing Citroen C4, the all-new car will combine a new style inside and out with advanced technology and even more value for money.

The new Citroën C4 Aircross, the first details of which have just been released in Europe, combines the style of the new Citroen C4 with the conventional cues of compact SUV design. By combining style and technological innovation in a single car, the Citroën C4 Aircross is ideally suited to modern lifestyles that introduce a sense of escape into everyday activities.

This new body style draws upon Citroen's technological excellence, combining the grip of an off-roader with the ride and driveability of a saloon. Set to be available in two-wheel and four-wheel drive versions, depending on the engine, the Citroën C4 Aircross will be launched in Europe during the first half of 2012 and, like the new Citroen C4 soon arrive in Australia, will be one of the front-runners in its segment in terms of CO2 emissions.

The styling of the Citroën C4 Aircross draws upon Citroen's DNA, combining the vitality of the other models in the range with the powerful styling of an off-roader.

The distinctive styling includes a front end of horizontal lines with aerodynamic vents at the extremities, accentuating the vehicle's compact appearance. The contours of the bonnet, which is visible from the driver's seat, the wide wheel arches and the reduced overhang all enhance the impression of robustness produced by this unique silhouette.

Close attention went into every detail and each part is designed to combine style and performance. The Citroën C4 Aircross' light signature, visible by day and at night, is formed by the LEDs at the front, which are vertically aligned in the aerodynamic vents. The shape of the large 18-inch wheels and the rear lights, directly inspired by the Hypnos concept car, has been reworked for optimal air flow and reduced CO2 emissions.

The sophisticated design of the Citroën C4 Aircross includes repeater lights in the door mirrors, light guides in the rear lights and a rearview camera built into the chrome trim on the tailgate.

The expressive style draws upon Citroën's distinctive design cues. Seen from the side, the inverted shark fin wing, which also hints at the glass side surfaces of the Hypnos concept car, is decorated with a chrome compass to show that the model is a member of the brand's SUV family.

A smart vehicle with transmission to suit all needs

With its latest-generation four-wheel transmission system, Citroën C4 Aircross boasts perfect roadholding under all conditions. This technology allows the car to be driven permanently in four-wheel drive mode, while the torque is optimally distributed between the front and rear wheels.

Using the single control positioned behind the gear lever, drivers can manually select one of the three transmission modes to meet their needs and their wishes: 2WD for optimal fuel consumption, 4WD, which automatically distributes the torque between the front and rear axles, or lock mode, which increases the torque transmitted to the rear wheels for more grip under severe conditions.

Citroën C4 Aircross fulfils the brand's commitments to environmental protection with its HDi 110 engine, mated to a six-speed manual gearbox, making this model is one of the front-runners in its segment in terms of CO2 emissions. And the HDi 110 engine will be available with 2WD and 4WD, so that everyone can choose the version that is best suited to their lifestyle.

Compact, manoeuvrable and a pleasure to drive

With its compact dimensions (4.34m long, 1.80m wide, 1.63m high), the outstandingly manoeuvrable (10.6m turning circle) Citroën C4 Aircross is at home in towns and cities. The comfort of this five seater is worthy of a saloon in the next segment up, while the 442-l boot comfortably meets the demands of modern life. The chassis and suspension were specially developed for a drive that is faithful to Citroën's values, offering the ideal compromise between comfort and roadholding.

Escape to a new mindset

Occupants of the Citroën C4 Aircross can enjoy blue skies even in the city, thanks to the large panoramic glass, which bathes the cab in light, contributing to the passengers' sense of well-being. At night, the atmosphere is cosier, and the panoramic roof is lit up by the LED light guides built into the roof.

The ergonomics of the highly functional drive station are designed so that drivers can get to know the car quickly and for easy everyday use. To make the drive and the ride even more comfortable, the Citroën C4 Aircross is crammed with equipment, from the hands-free access and starter, to the GPS navigation system with its touch-sensitive screen, rearview camera, transmission mode selector, USB port and Bluetooth connection for portable audio players. 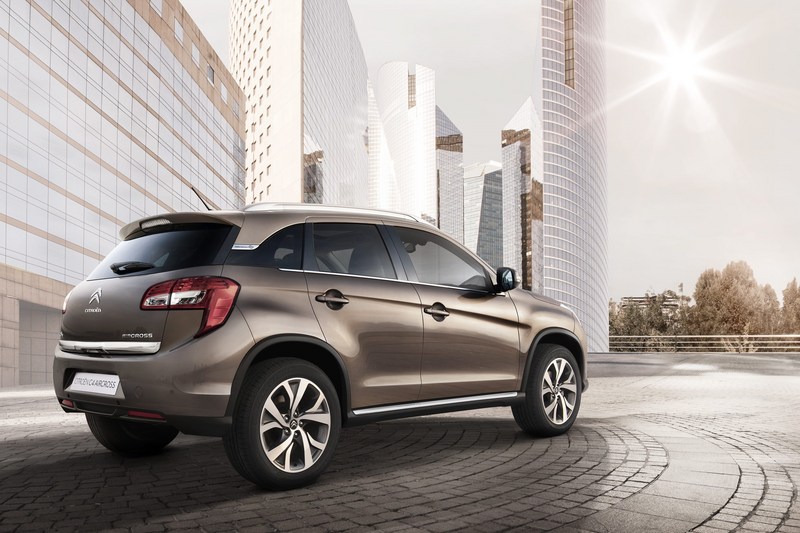