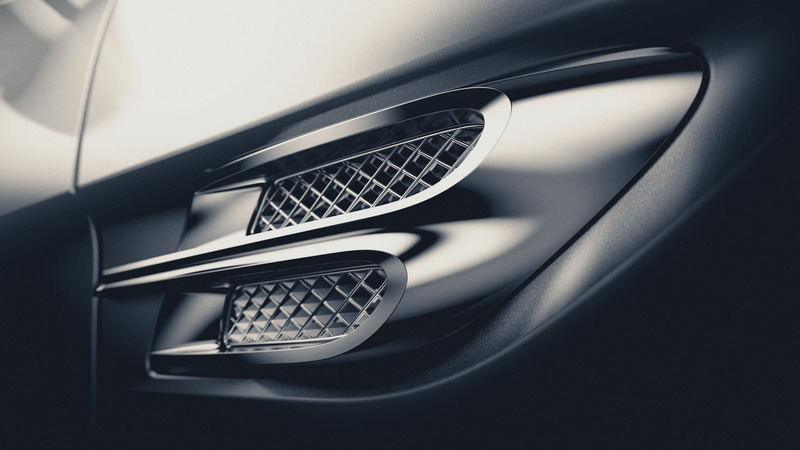 Speaking at the NAIAS, Bentley Chairman and Chief Executive, Wolfgang Durheimer, confirmed that the Bentayga - Bentley's first SUV - will be launched this year, following extensive testing. The name comes from the Roque Bentayga; a mountain peak in the subtropical Canary Islands.

Describing 2015 as being "a landmark year in Bentleys history," Durheimer revealed that the Bentayga will join the Mulsanne, Flying Spur and Continental passenger cars in Bentley's range later this year as a 2016 model, with the luxury marque's Chairman adding that the upcoming model will be the fastest, most luxurious and most exclusive SUV in the world.

"It has already conquered some of the most challenging of terrains and environments around the world during its engineering development programme," Durheimer said.

"And I can tell you that, to ensure it offers authentic all-terrain capability, we are testing this car to the extreme."

Only one image, a close-up of the bodyside air vent, has been released so far, along with vision showing a disguised test mule taking part in hot weather testing at an undisclosed Middle East location. However, the upcoming model will be based on the same Volkswagen 'MLB' scalable platform as the Audi Q7 and is expected to be available with most of the same engines that also power Bentley's other vehicles.

Bentley previously presented an SUV concept in the form of the 'EXP 9 F' back in 2012, but development stalled, blamed in part on controversial styling that many critics felt wasn't in theme with the brand.

Now, on the back of a successful 2014, with record sales of 11,020 units and growth in most world markets, the Bentayga will be released later this year, with worldwide deliveries from early 2016. Australian delivery is expected from late 2016 or early 2017.