While Jeep’s Grand Cherokee Trackhawk retains its title as the world’s most powerful SUV, and Tesla’s Model X is still the quickest accelerator, there’s a new fastest SUV in the form of the Bentayga Speed from Bentley. 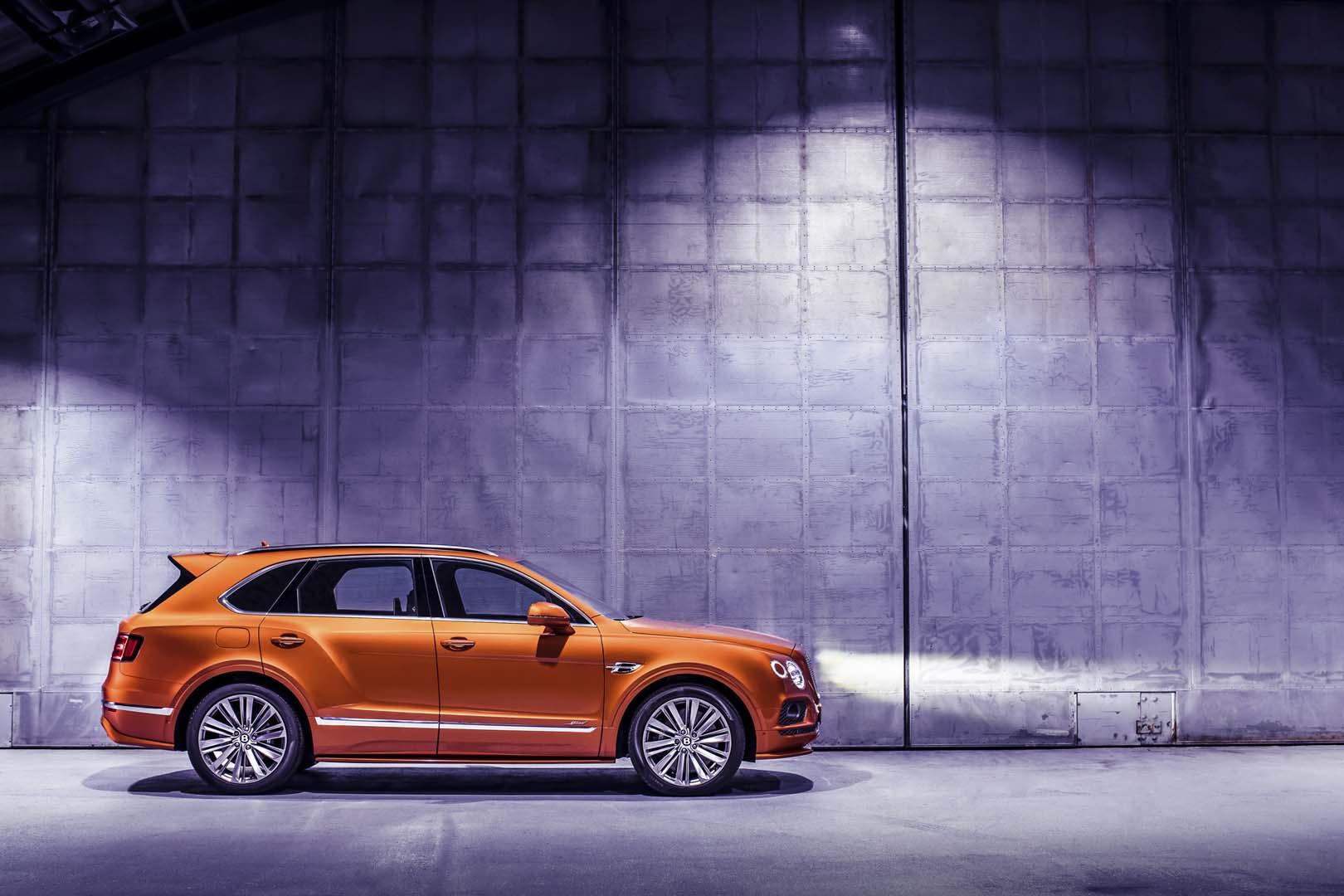 Knocking the Lamborghini Urus off the ‘World’s Fastest SUV’ perch, the Bentayga Speed is claimed to deliver a top speed of 190mph (306km/h) from its re-tuned 6.0-litre twin-turbo W12 engine: just edging out the 189.5mph (305km/h) top speed of the Urus.

The previous best from the Bentayga had been a 301km/h top speed.

To achieve this new record, engine performance has been increased to 467kW and 900Nm, with features like the exhaust system recalibrated to suit (and delivering what’s said to be more ‘character’) and the Bentley Dynamic Ride suspension stiffened. This world’s first all-electric active roll control technology is able to instantly counteract lateral rolling forces to deliver what’s claimed to be class-leading ride comfort and exceptional handling.

In accordance with this, the selectable Drive Dynamics modes feature a recalibrated Sport mode that enhances response from the Bentayga’s W12 engine, eight-speed auto and permanent AWD system.

Optional features for the Speed include carbon ceramic brakes, which are claimed to be the largest and most powerful ever offered on the luxury SUV.

The ‘Speed’ tag was first applied to a Bentley passenger car in 2007, and has featured on others since, but this marks its first application to the Bentayga.

Exterior and interior changes defining the Speed start with a dark-tint finish for the headlights, radiator and bumper grilles, with body-coloured side skirts, a tailgate spoiler, a unique 22-inch wheel design and Speed signature badging also part of the specification.

Inside, the Speed introduces a design theme previously unseen on a Bentayga, including ‘swooshes’ on the door, seats, and lower console. There’s also a new contrast stitching finish to the diamond quilting on the seats, which use Alcantara for the first time in a Bentayga.

Speed badging is subtle inside, but there is a more prominent treadplate signature illuminated with the performance model’s logo.

Making its debut at the Geneva Motor Show in March, the Bentayga Speed will go on sale later this year. Pricing and Australian availability are yet to be confirmed.