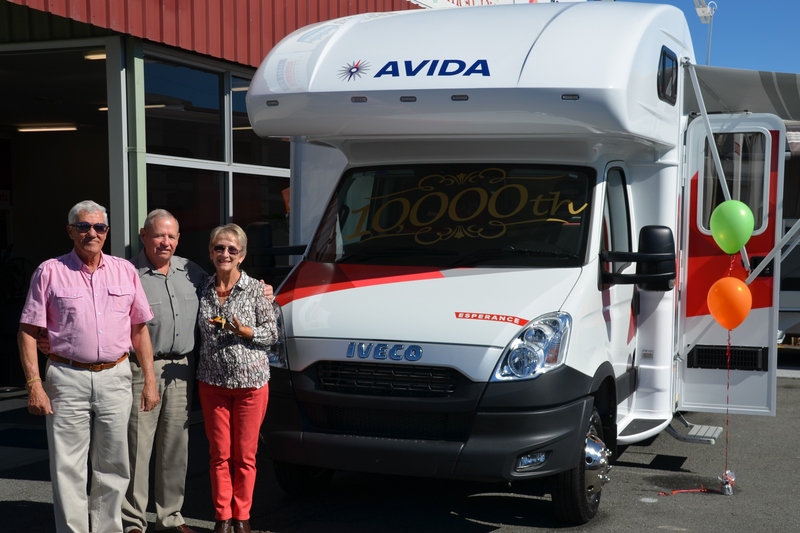 Proud owners of an Avida Motorhome

The milestone unit, an Avida Esperance, was presented to new owners, Michael and Lucy Davis, by Avida Managing Director and co-founder, Bruce Binns at a ceremony held at Hinterland Motorhomes/Avida Gold Coast.

This is the first motorhome purchased by the Davis's, and they are looking forward to travelling in the Esperance C7934SL.

"The honour of owning the 10,000th Avida motorhome was unexpected" they said "We love our motorhome and we are so excited to get out there and live a dream we have had for a long time".

Avida history
The latest Avida Esperance luxury motorhome is a far cry from vehicle number one, an aluminium sided slide-on unit designed for a 1964 EH Holden, built by Binns in his parent's garage in North West Sydney way back in 1965.

It's also worth noting that 'Avida' is a more recent moniker for the camper and motorhome specialist. What recently became Avida originally started as the 'Freeway Motor Camper Company,' established by Bruce Binns and his wife Ruth as an adjunct to their building/joinery business in Hornsby, NSW.

The first unit Bruce built for his own EH Holden ute stimulated enough interest to warrant greater investment in production. The husband and wife team began manufacturing 'slide-in' campers on a build-and-sell basis, but soon found that demand was outstripping supply, so dedicated staff and facilities were required to cater to demand.

In 1978 the first of the Australian Winnebago branded motorhomes rolled off the Freeway production line. Over the next few decades demand for motorhomes continued to grow, as did pressure on factory space until a technologically advanced, purpose built facility was opened at Emu Plains, in western Sydney, in January 2001.

In recent times, Avida has been embroiled in a legal battle over the rights to the Winnebago name in Australia, "we are hopeful that we will win the appeal" said Mr Binns "we have had the Winnebago name for 35 years and it would be disappointing to lose it now"

A new era - Avida RV
The company has recently undergone a rebranding exercise, transforming itself very successfully into Avida RV, offering a younger look and feel to its vast motorhome line up, "I'm asked constantly where the Avida name came from" said Bruce, "simply put, it means passion and that is what our team have always felt about our motorhomes and the motorhome Industry in Australia".

Avida now manufactures more than 34 models in eight model ranges, all of which offer unsurpassed comfort and lifestyle.

For more details, go to www.avidarv.com.au 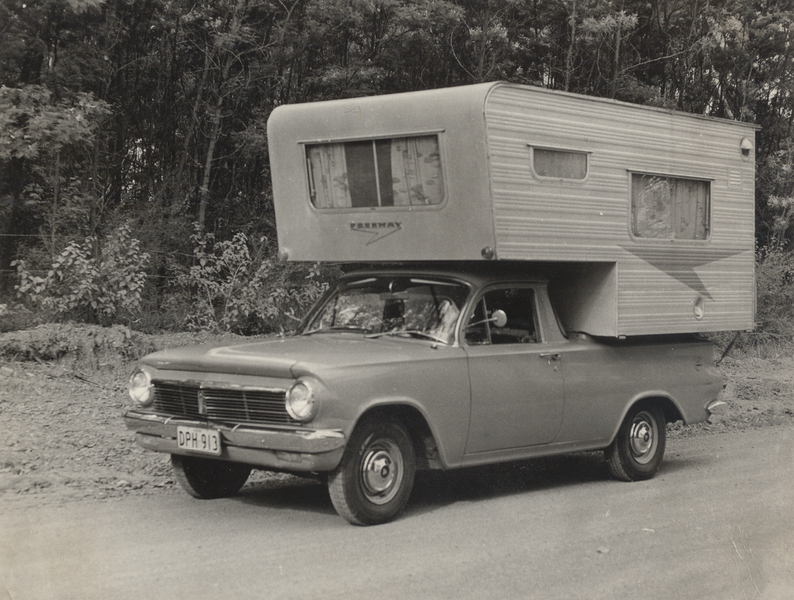