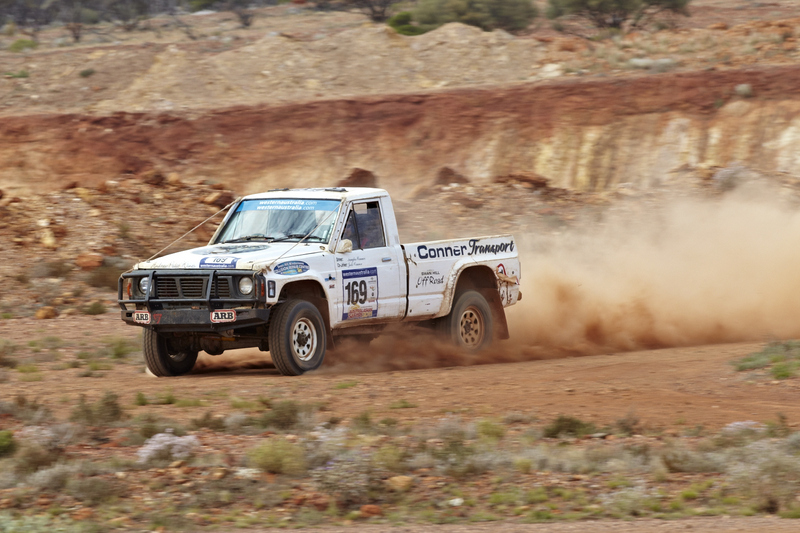 The day was split into three separate stages, characterised by soft sand and fast flowing gravel trails that tested the endurance and fitness levels of all competitors
Leg 4 of the 2011 Australasian Safari was the longest of the entire event, covering 662 competitive kilometres in a looped course around Laverton in Western Australia's northern goldfields on the edge of the Great Northern Desert.

The day was split into three separate stages, characterised by soft sand and fast flowing gravel trails that tested the endurance and fitness levels of all competitors.

In what's becoming a trend, Craig Lowndes and John Panozzo in the PWR Holden Colorado were fastest, winning each stage and increasing their lead over Riley/Doble to 19 minutes.

"I had a good day. The first stage was challenging navigationally and a bit rough, but not as rough as Leg 1," Lowndes said.
"The second stage was good, nice sandy tracks that opened up and were fast. There were some rutted out areas from all the recent rains, which created some obstacles. The car is running great and are limiting our mistakes which is only helping.

Despite the gap widening between first and second, Steve Riley and John Doble in the Pajero are still upbeat about their performance.
"We had a good day. It rained on the last stage - bucketed down actually. I don't think we made up any time on Craig (Lowndes) today but we are going as quick as we can," Riley said.
"We are really enjoying the Safari and loving the scenery. We saw a wallaby, a pack of wild horses, and heaps of Sturt Desert Peas today."

The Team AAAC Racing team of Adrian Dilallo and Rob Masi had a good day placing third fastest in the first and last stages to take third place for the leg.
"We went really well today, it was great, my favourite day," Dilallo said.
"The stages were fast and flowing desert tracks, which I loved. We could throw the car around a bit and push hard - it was great fun."

Terry and Jodi Conner retained third overall in their trusty Patrol ute, depite finishing fifth on leg 4 behind the aforementioned placegetters and Purshouse/McShane.

For leg 5, Safari competitors head west from Laverton to Leonora for the Safari's penultimate leg. 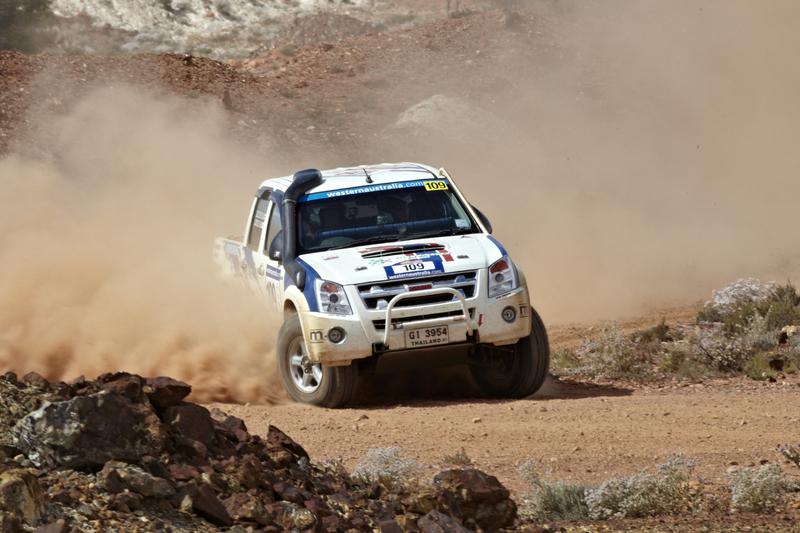 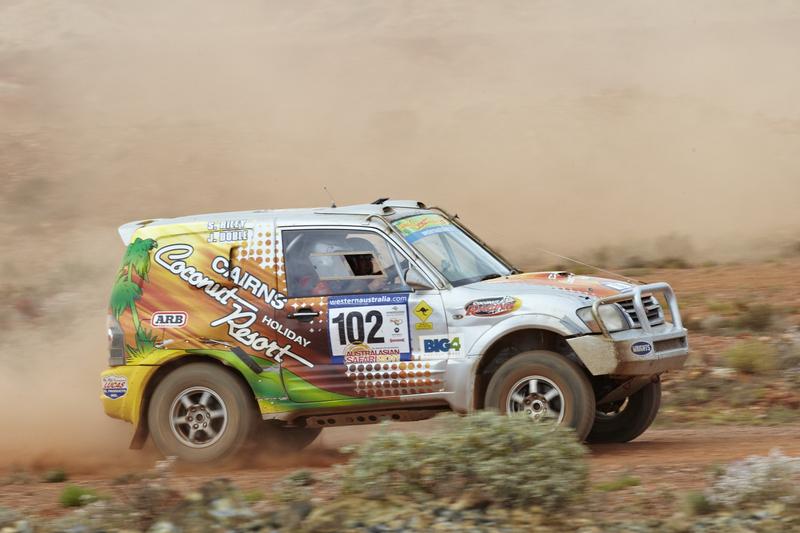