Following its media launch in December, the Australian release date and pricing for the new Jeep Gladiator has been announced.

The latest addition to the Australian dual cab ute market will finally reach our shores in May, offered in a choice of two model grades, priced from $75,450, excluding on-road costs. Higher than initially expected, that pricing will make the Gladiator one of the most expensive utes in its class.

The two model grades offered will be ‘Overland’ and ‘Rubicon’. A 3.6-litre petrol V6 and eight-speed auto transmission are common to both, with the engine producing a claimed 209kW and 353Nm, while the auto features Selec Speed Control that manages vehicle speed in low range without requiring brake input.

Both variants get rock rails and underbody skid plates, with the main differences between the two grades being their four-wheel drive systems. The Gladiator Overland uses the Jeep Selec-Trac system, while the Gladiator Rubicon also features Rock-Trac. Both these active on-demand 4x4 systems feature low-range, full-time torque management and heavy-duty Dana 44 axles, endowing each model with ‘Trail Rated’ status that’s only applied to Jeep’s most capable off-roaders.

Both variants also get a new feature in the ‘Off-Road+’ button that, when selected, automatically adjusts throttle response, transmission response, traction control and Selec Speed Control. Unlike previous Selec-Terrain systems offered in other Jeep models, the button is simpler and tailors output to, for example, high-speed performance in sand when selected in 4HI, or low-speed rock crawling when selected in 4LO. 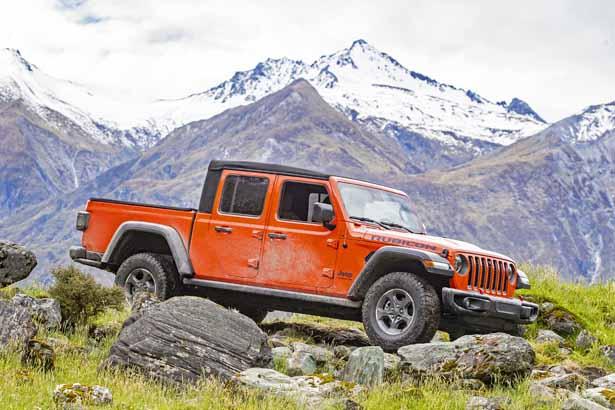 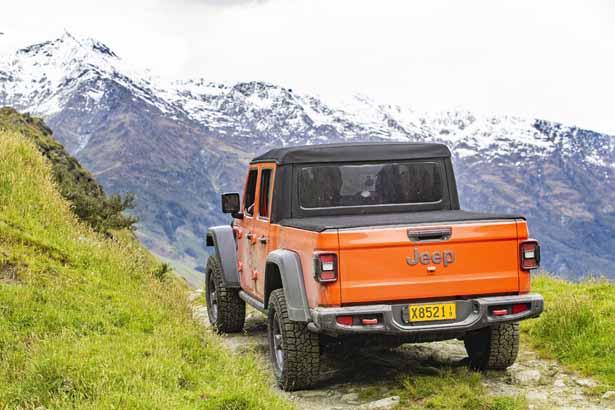 While styling is obviously inspired by (and in most cases shared with) the latest Wrangler, the Gladiator stretches the Wrangler wheelbase by 492mm to 3487mm and overall length by 787mm to 5591mm. The ute tub is a fairly typical 1531mm long by 1442mm wide, with a maximum 1137mm between the wheelarches – not wide enough to take a pallet, but the Gladiator was not created to be a “work” ute.

Standard spec features include LED head and tail lights, DRLs and indicators in the front wheelarch flares, under-rail lighting and integrated tie-down points for the ute tub, removable doors, removable three-piece roof (body-coloured in the Overland, black in the Rubicon) and a fold-down windscreen.

Inside, the seats for the Overland are trimmed in McKinley Leather, with cloth trim for the Rubicon. Heated front seats are standard on the Overland. 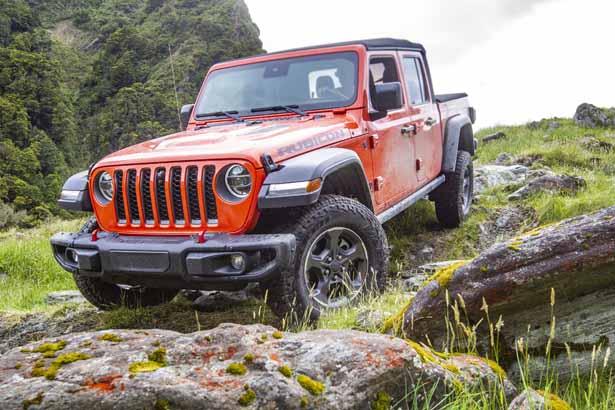 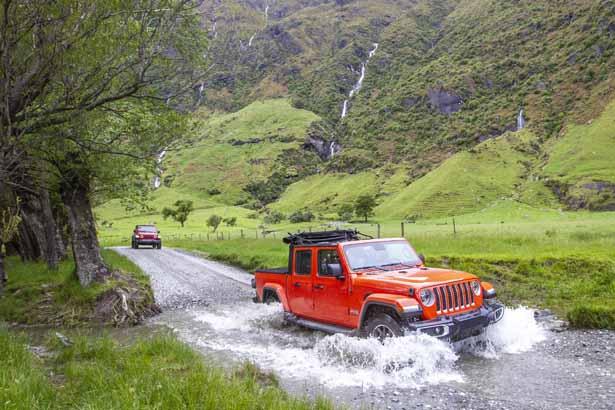 Jeep dealers are now taking orders for the Gladiator. 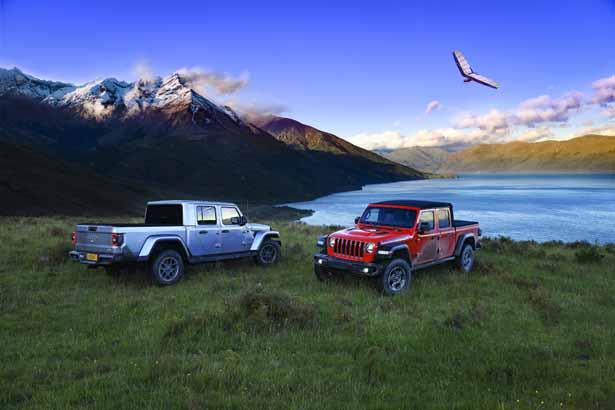