Third vehicle from US EV startup features single or dual electric motors, up to 440km range and 1360kg tow capacity.

One of many EV startups aiming for a slice of the lucrative US pickup market, California-based Alpha Motor Corporation have unveiled their ‘Wolf’ pickup/ute. 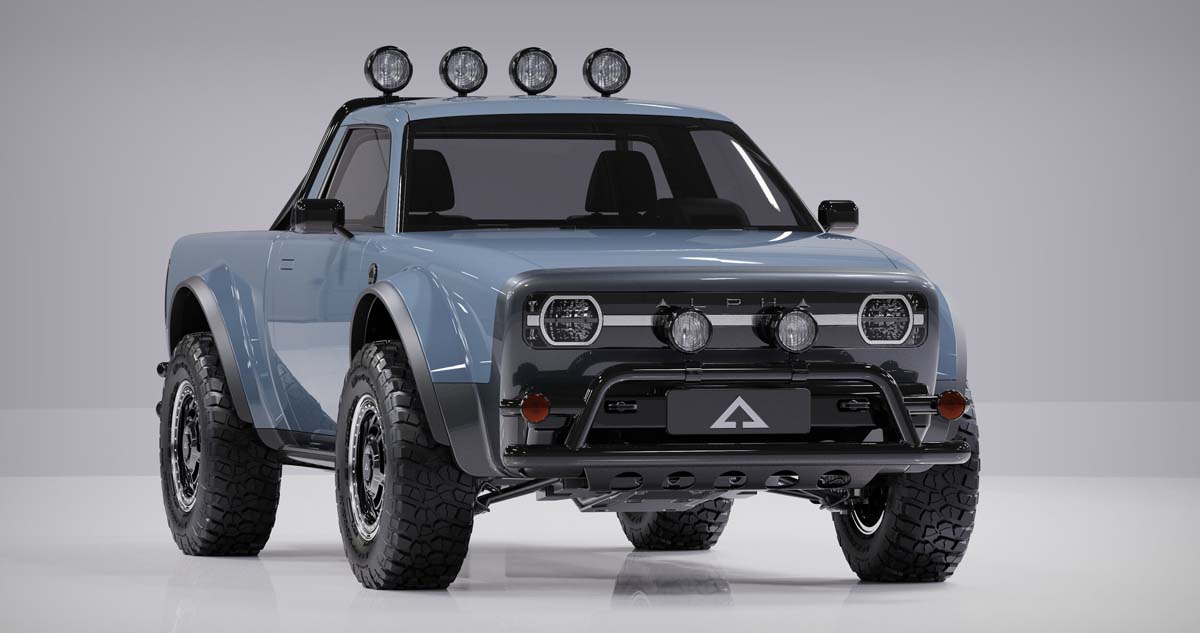 Described as a “fun utility truck for two passengers with a spacious cargo bed on an electric platform,” the Wolf is differed from most of its rivals by its retro design. 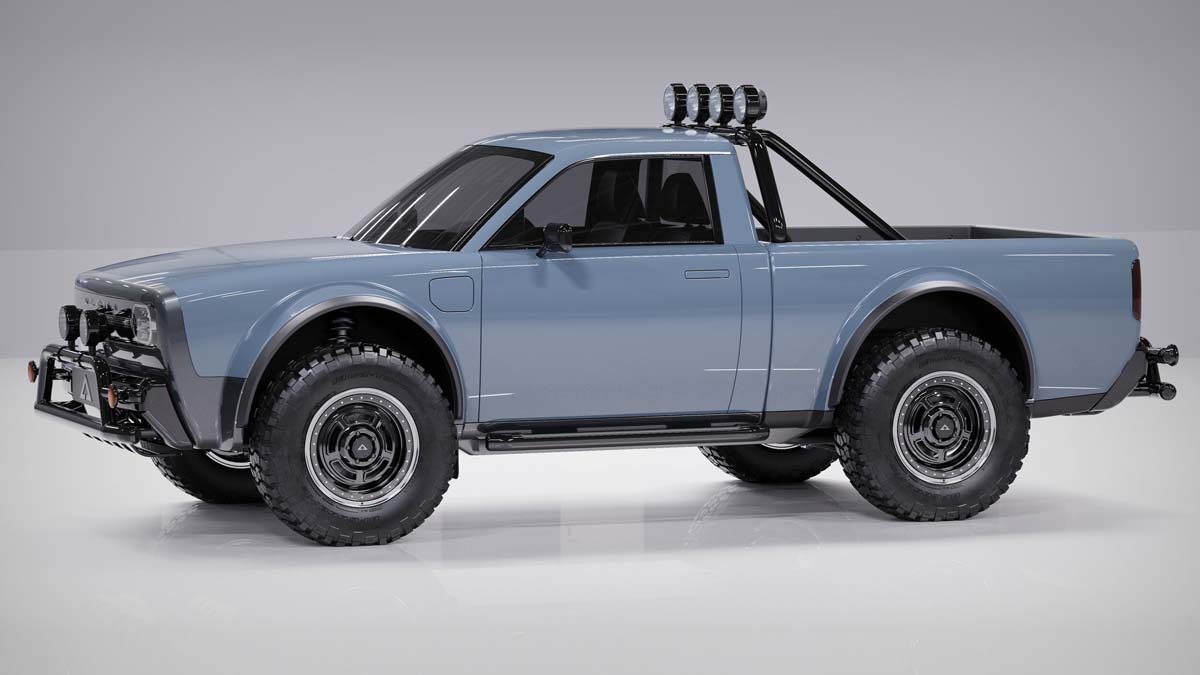 Officially unveiled in March, the Wolf is built on the same platform as Alpha Motor Co’s ‘JAX’ crossover SUV, features a similar design and appears to use the same running gear.

The styling, with auxiliary lights adorning the bullbar and sports bar, has a bit of an ‘80s Baja racer look to it, augmented by the chunky wheel and tyre combo. The ‘SF Blue’ paint is similarly retro and described as being inspired by the skies over San Francisco. 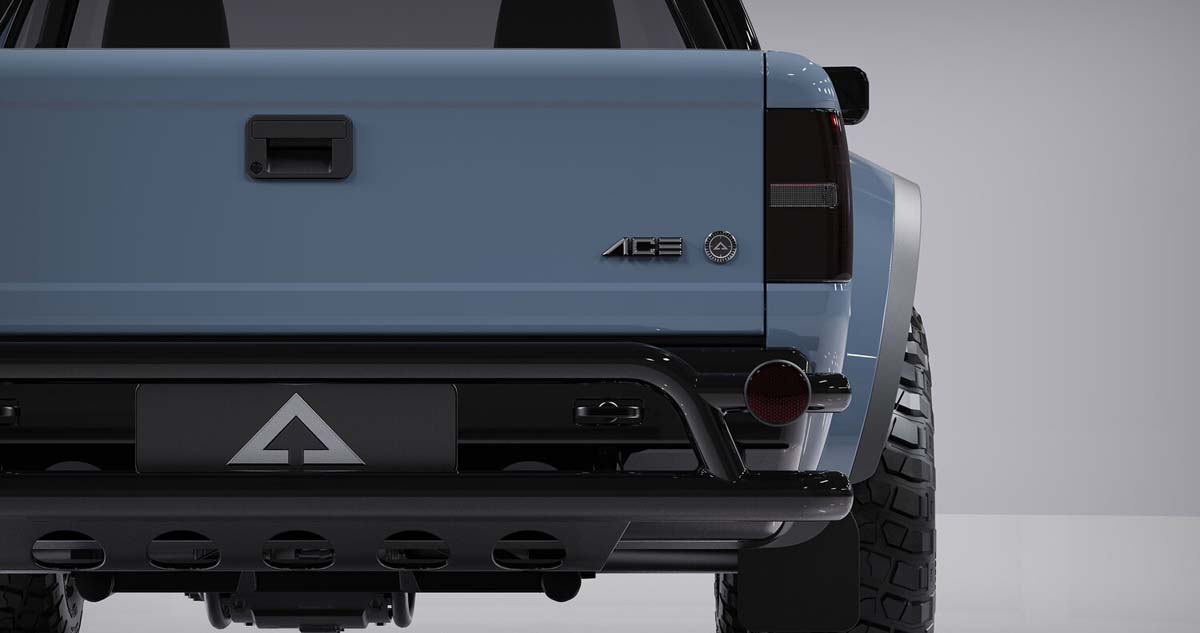 Alpha says that a choice of single motor FWD and dual motor AWD configurations will be available. The type of electric motor used in the Wolf has yet to be revealed, but 0-100km/h acceleration of 6.2 seconds and estimated range of up to 440km is claimed. A 75kWh - 85kWh lithium-ion battery pack with cooling and heating function will be offered, along with a rapid charger, as standard. 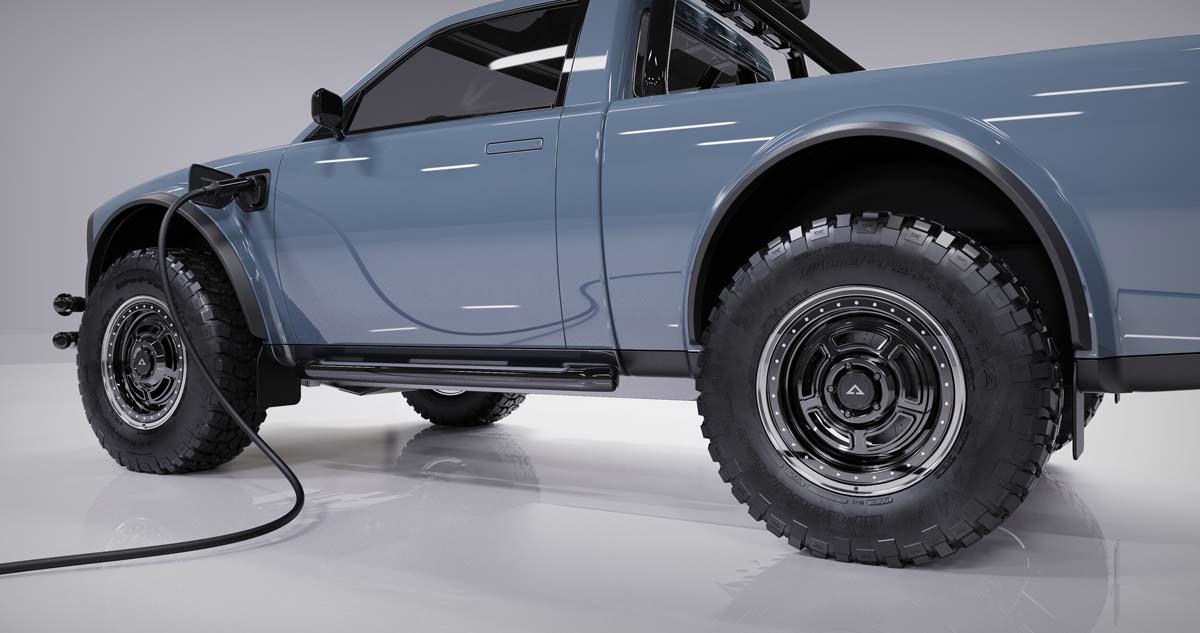 At 4765mm x 1930mm x 1685mm (LxWxH), the Wolf is dimensionally similar to dual cab utes currently available in Australia but much smaller than modern US pickups. In fact, it’s closer to the “compact pickups” popular in the US in the 1980s and ’90s, like the Chevy S-10 and original Ford Ranger, in size as well as style.

Being a single cab, the Wolf’s ute tub is a respectable 1652mm length and 1490mm width. Total tub volume is listed at 0.97 cubic metres. Being electric, the Wolf has a front tub, too, but there’s no mention of payload capacity. 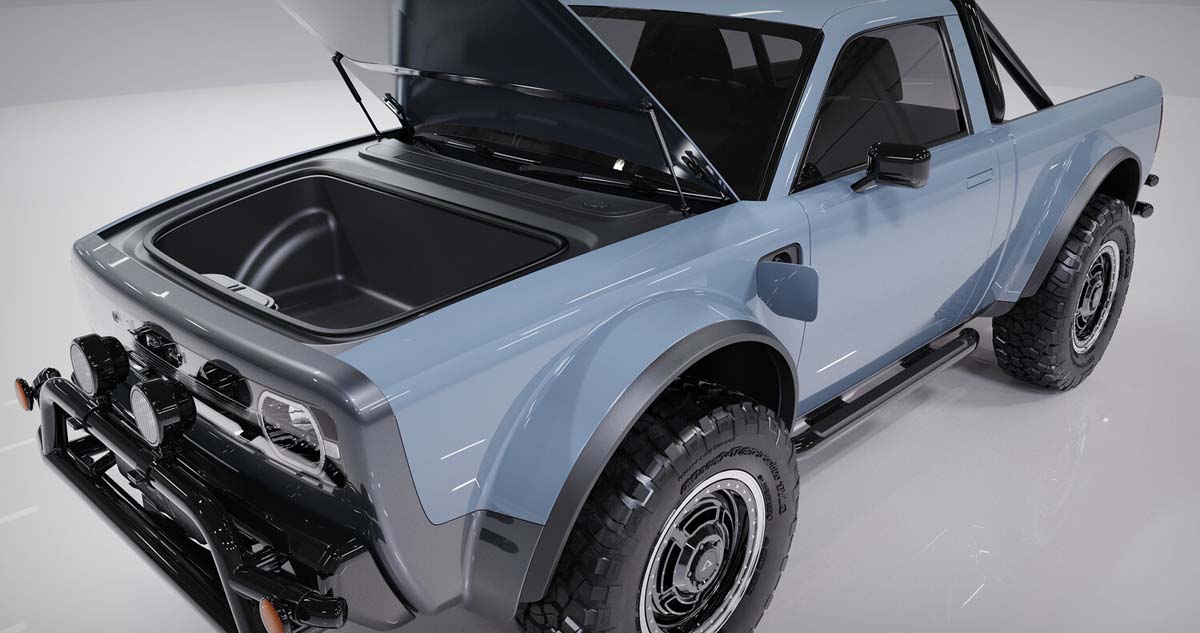 Towing capacity is listed, though, and like most EVs, the Wolf’s is light at 1360kg, compared to the 3500kg (braked) offered by most new 4x4 utes available here.

Inside, the Wolf features a large tablet-style central touchscreen, digital speedometer and instrument display, multi-layer storage in the console between the sumptuously upholstered and “ergonomically bolstered” seats and a premium sound system. Charging ports, speakers and other cabin elements can apparently be replaced to suit rapidly evolving technologies. 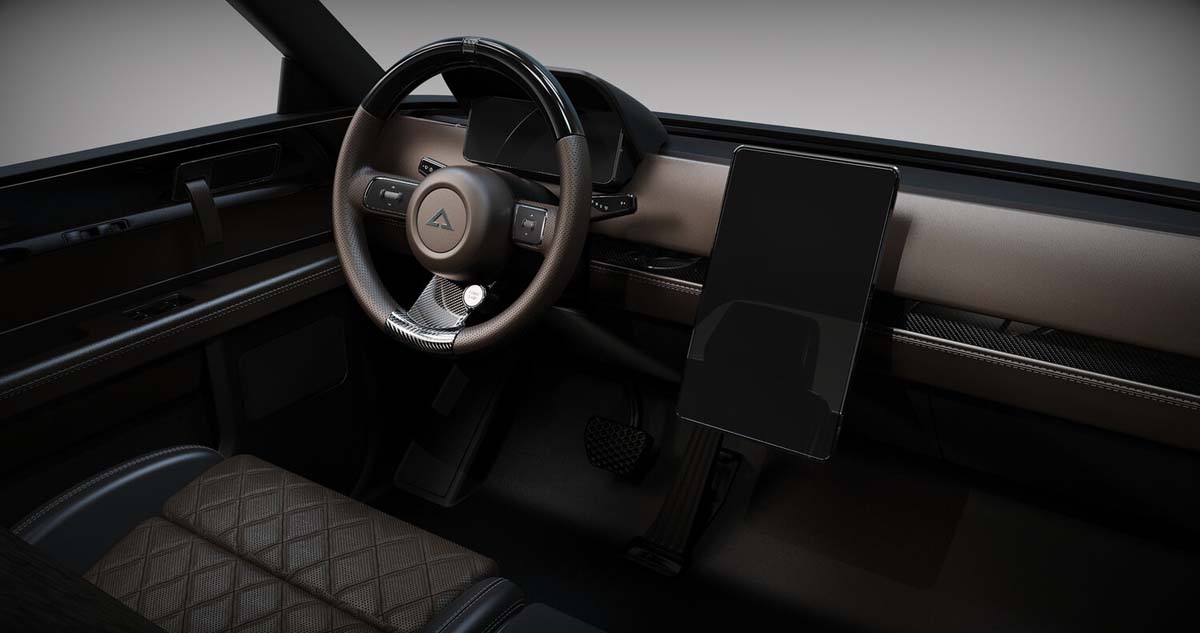 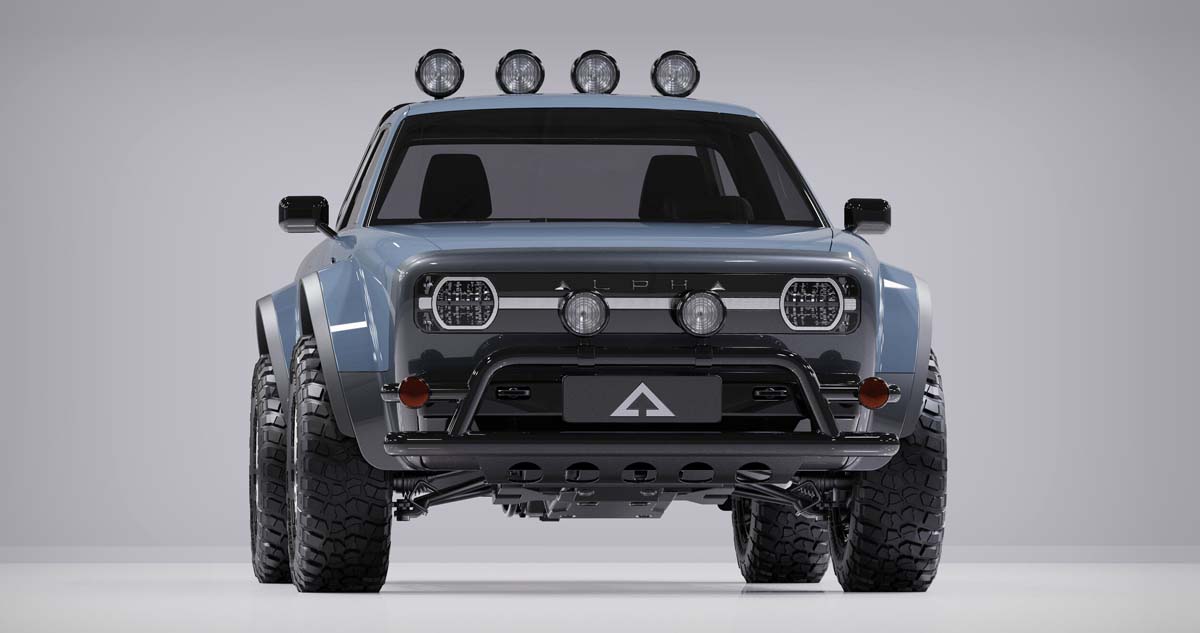