Alfa Romeo’s Stelvio SUV now has a little brother with the unveiling of the ‘Tonale’. Officially presented on 9 February, the Tonale (toe-narr-lay) closely follows the concept presented in 2019 and brings what Alfa Romeo says is a new era of connectivity and electrification to the brand. 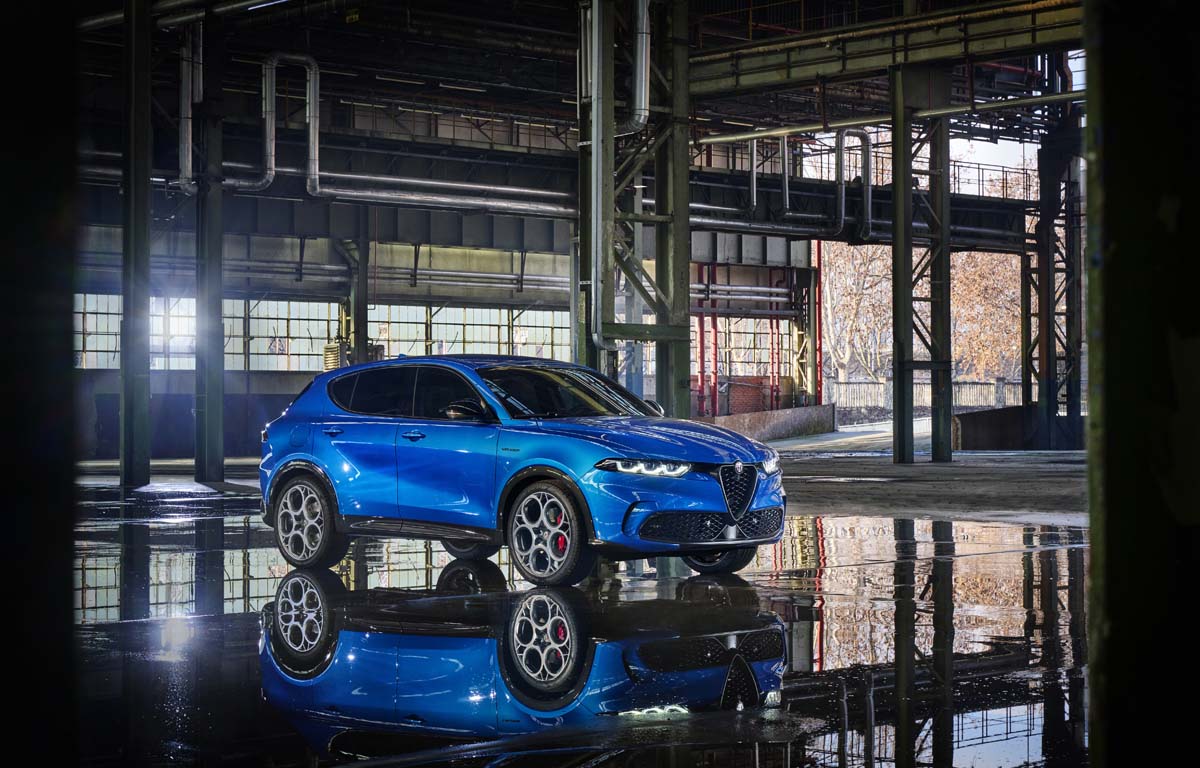 Based on a modified version of the platform used for the Jeep Renegade, the Tonale measures 4530mm x 1840mm x 1600m (LxWxH) and like its Stelvio sibling, is more of a road-focussed, urban SUV than a serious off-roader.

As with the Stelvio, the Tonale takes its name from a geographical feature, specifically the Tonale Pass in the Lombardy/Trentino region of northern Italy. Two model grades will be available initially – Super and Ti – with option packs for both. 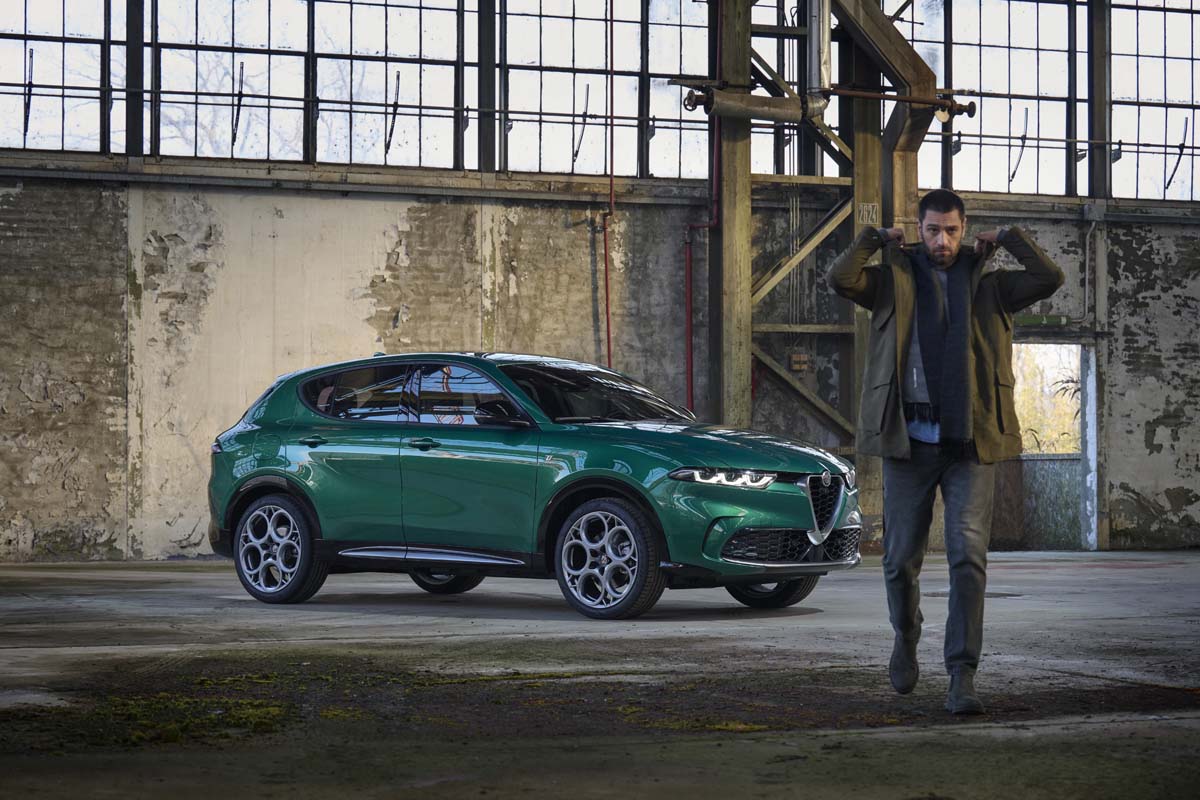 Styling borrows elements from past Alfa Romeos, like the ‘telephone dial’ wheels first seen on the Alfa Romeo Spider and 33 Stradale in the 1960s, then reimagined for the 4C in the new millennium.

Similarly, the ‘3+3’ treatment for the adaptive LED headlights echo the Brera sports car from the 2000s and SZ from the ’90s, while the triangular grille opening is a signature Alfa styling feature dating back more than 70 years. 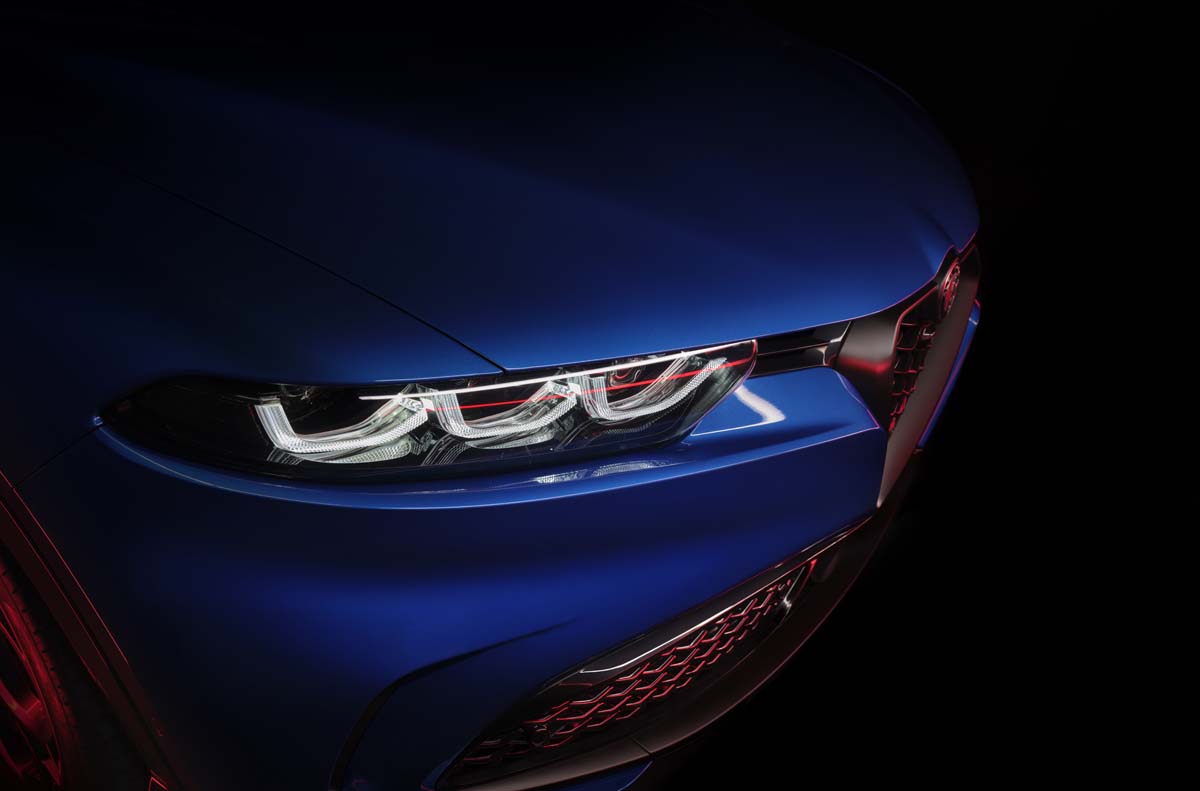 The 3+3 approach continues on the tail lights, with the two elements joined together to create a single flowing look - Alfa Romeo call it a sine curve - that wraps around the Tonale’s rear end. 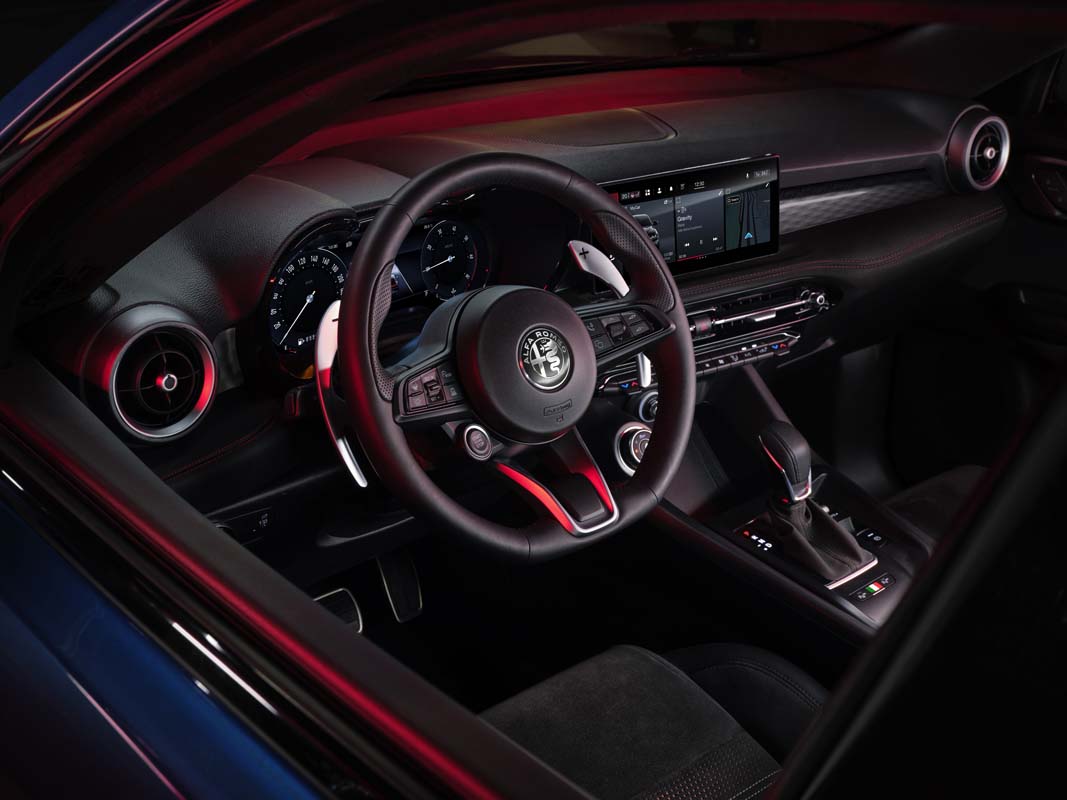 Two petrol engines will be offered on the Tonale, in mild hybrid or plug-in hybrid forms – an Alfa Romeo first and the first step into electrification that will see all new Alfa Romeos offered with electric power only from 2027.

On the mild hybrid, two output levels – 97kW and 119kW – from a 1.5-litre naturally aspirated four-cylinder petrol engine are combined with a 15kW/55Nm 48V electric motor, driving the front wheels only through a seven-speed DSG transmission. 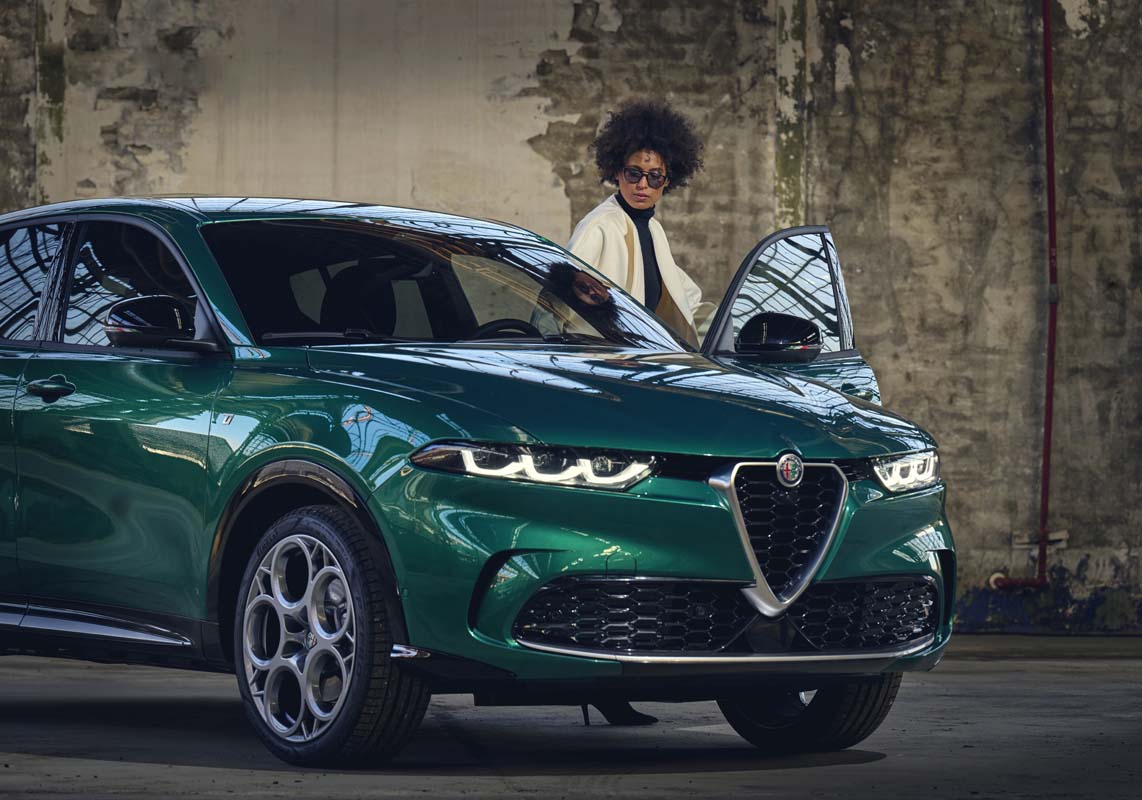 On the plug-in hybrid, the smaller, turbocharged 1.3-litre petrol engine from the Fiat 500 is used. This still drives the front wheels, but an electric motor drives the rear wheels, with combined drive via Alfa’s Q4 all-wheel drive system and total power of 205kW. In this combination, 0-100km/h time of 6.2 seconds is claimed, along with range of up to 80km on electric power alone.

Both petrol-hybrid engine options are matched to a seven-speed DSG, which is the only transmission offered.

While there’ll be no non-hybrid petrol engine offered in the Tonale, a diesel will be available, specifically a 1.6-litre four-cylinder producing 97kW and 320Nm. This will be front-wheel drive only, through a six-speed dual-clutch automatic.

In terms of driving dynamics, the Tonale continues Alfa Romeo’s sporting tradition, with steering that’s said to be the most direct in its segment, while ‘brake-by-wire’ stopping is claimed as a segment exclusive. Featuring Brembo calipers, this electronically-controlled braking is said to deliver “instantaneous response” and incorporates a regenerative function.

Suspension is fully independent, with MacPherson struts and electronic adaptive functionality that works with the driving modes, while 50:50 front-rear weight distribution is said to deliver optimum handling. 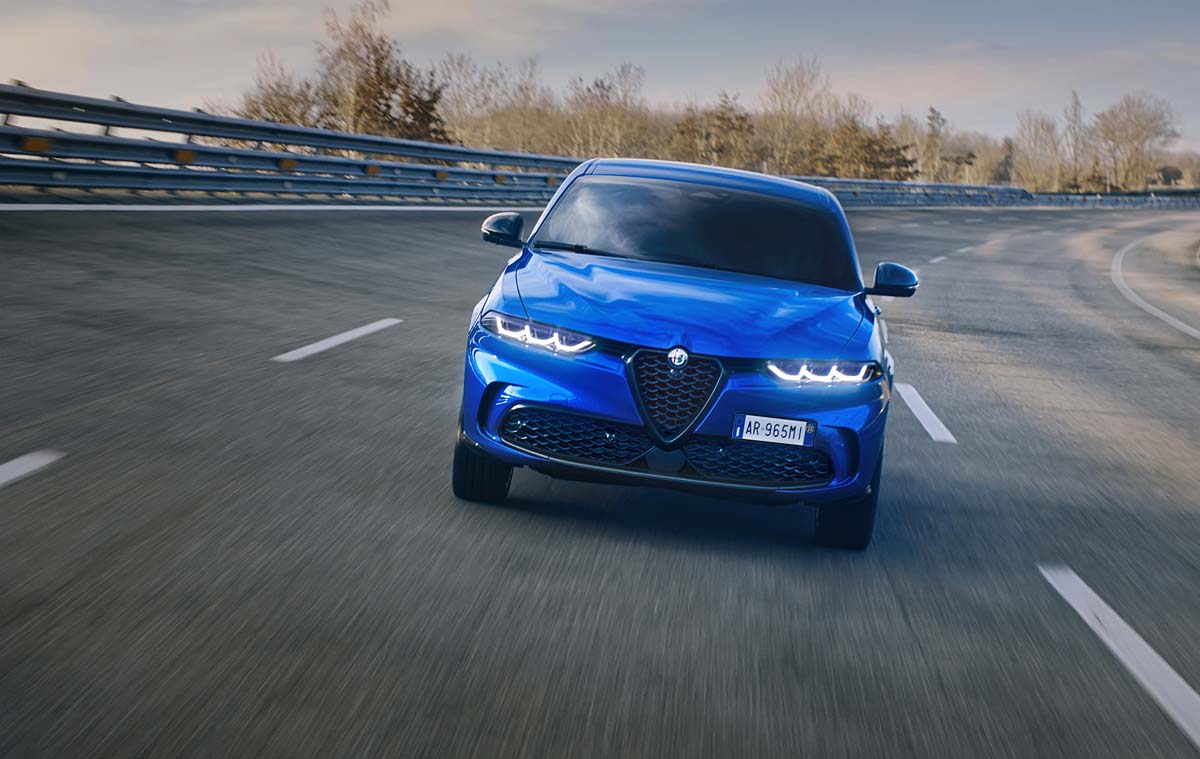 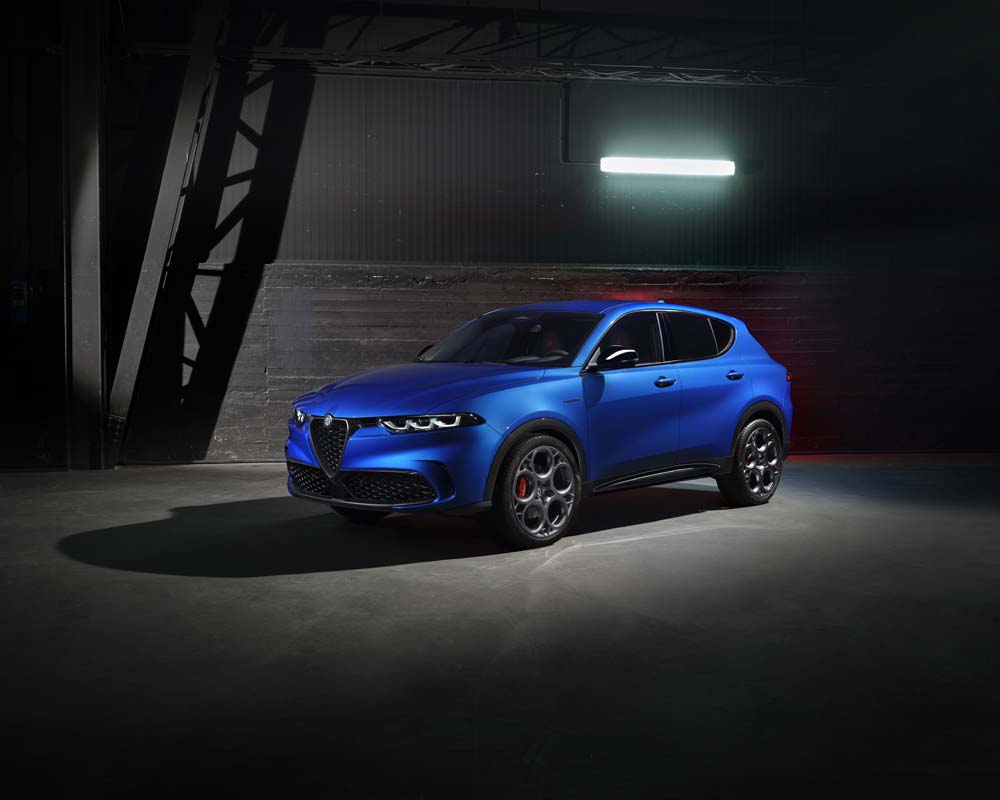 Amazon Alexa voice assistant is standard and even allows the vehicle to serve as a secure delivery option for parcels, as the Tonale can be locked and unlocked remotely via your smartphone.

The Tonale will also be linked with a non-fungible token digital certificate in what Alfa Romeo are claiming as a world first. 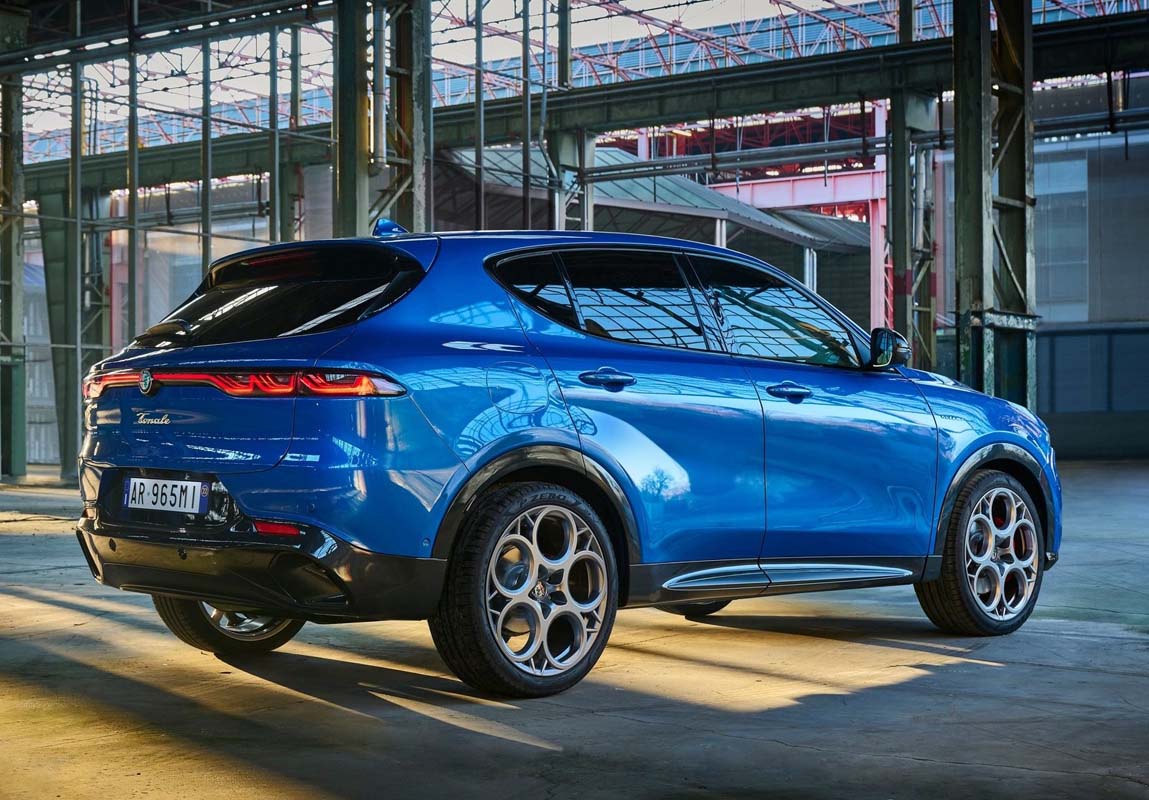 Other key points on the Tonale include the introduction of a digital ordering process and an extension of the factory warranty from three to five years, with batteries in the hybrids warrantied to eight years.

Australian release of the Alfa Romeo Tonale isn’t expected until 2023, with pricing, model range and options to be announced closer to local arrival.