Foglamps are ubiquitous on new vehicles now, but there’s a right and a wrong time to use them.

Conditions turn bad as fog covers the road and you can’t see anywhere near as much as you could just moments ago – what lights do you turn on and what do you do?

When you’re driving in fog there are two problems that arise: one, you can’t see as far as when it is clear and, two, other traffic won’t see you as easily.

The same can be said for other adverse atmospheric conditions like snowfall, rainstorms or dust clouds, which will all likely require using fog lamps and turning on your headlights. 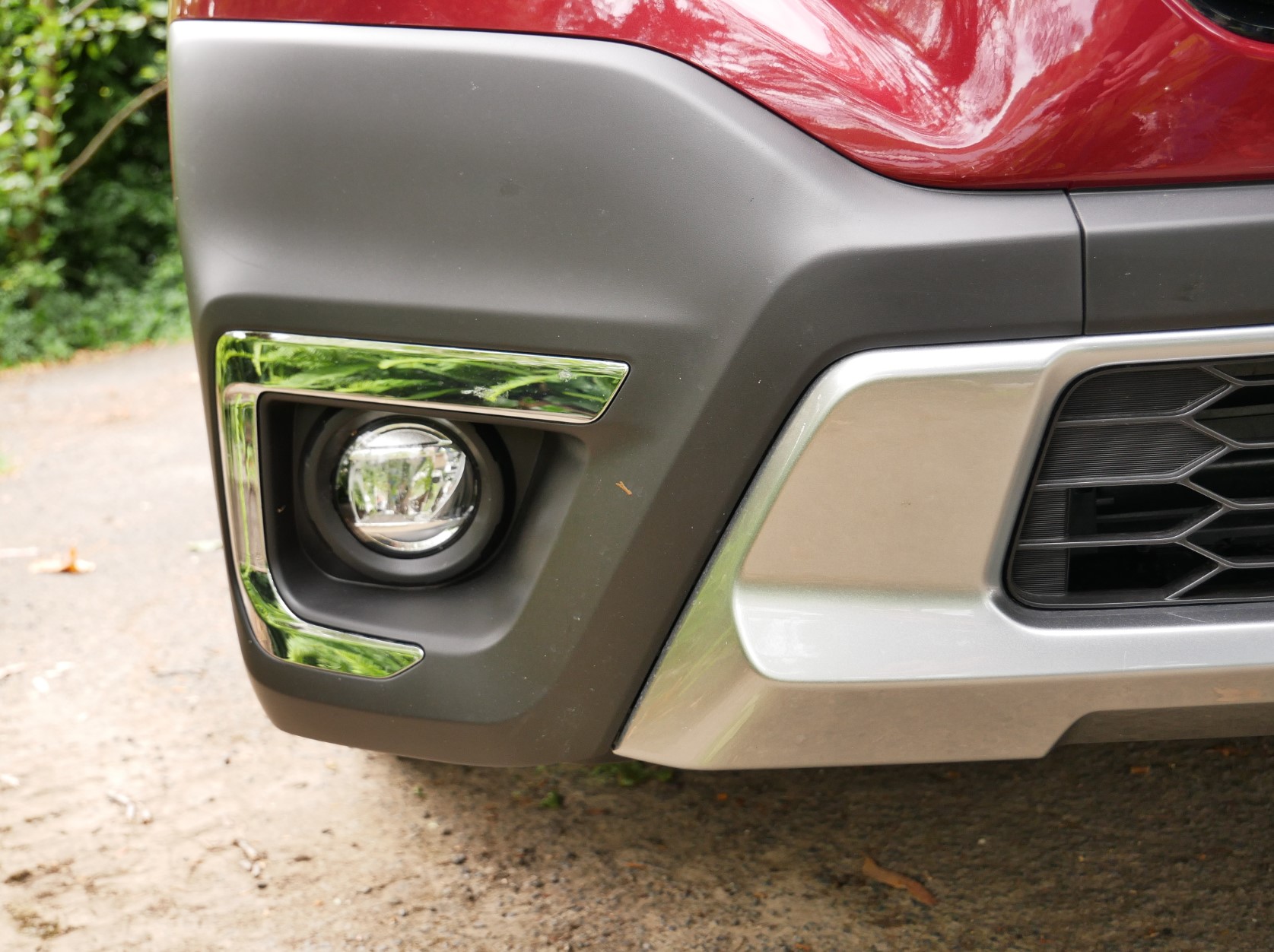 Turn on your fog lamps
When you drive into foggy conditions you should turn on both your headlights and fog lights – if you have fog lights. Fog lamps are not your parking lights or daytime running lamps, they are individual lights usually located low on the bumper of your car – most cars have at least two fog lights at the front with one or two rear foglights as standard – and provide a vertical beam to help improve visibility. 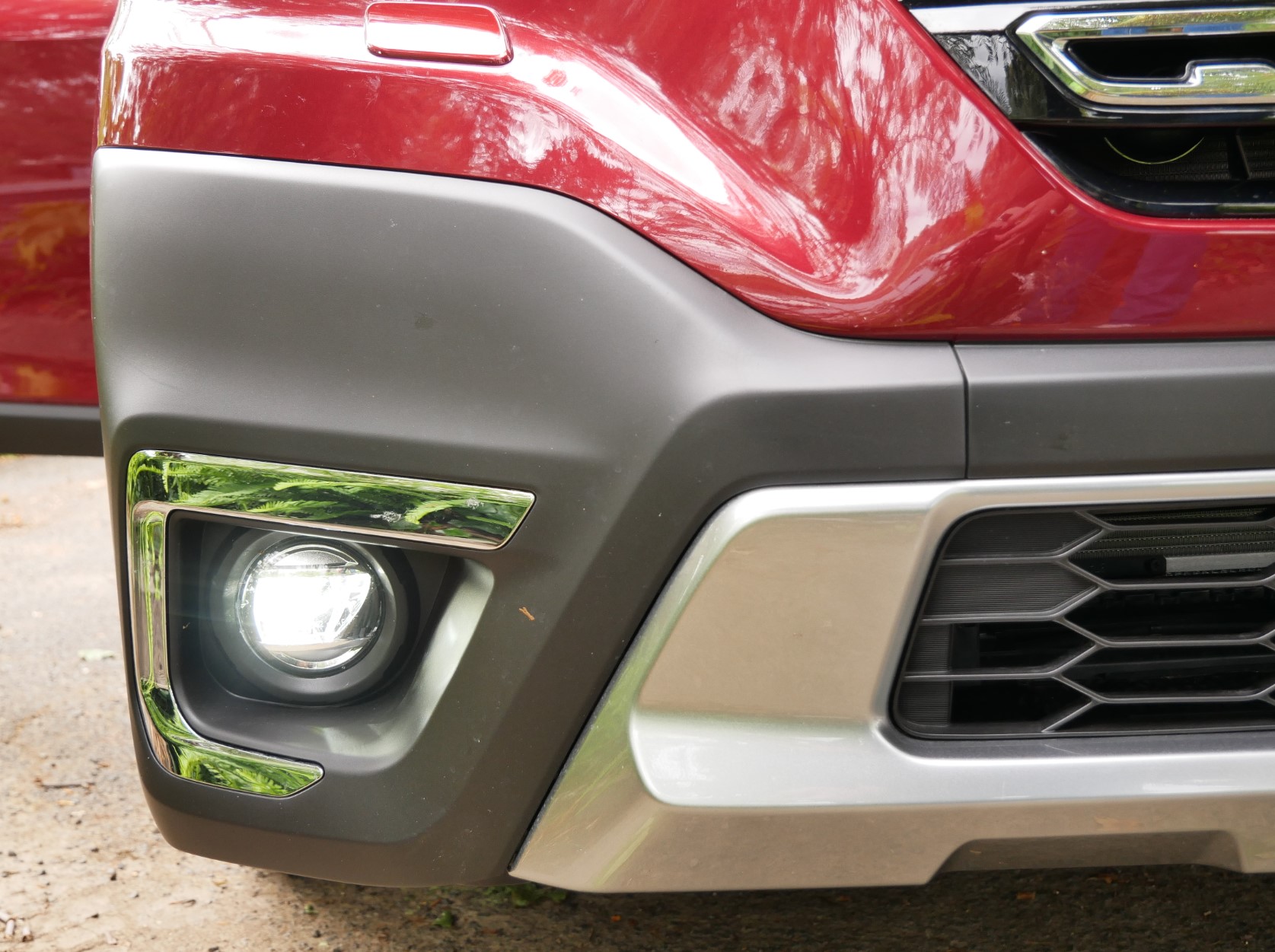 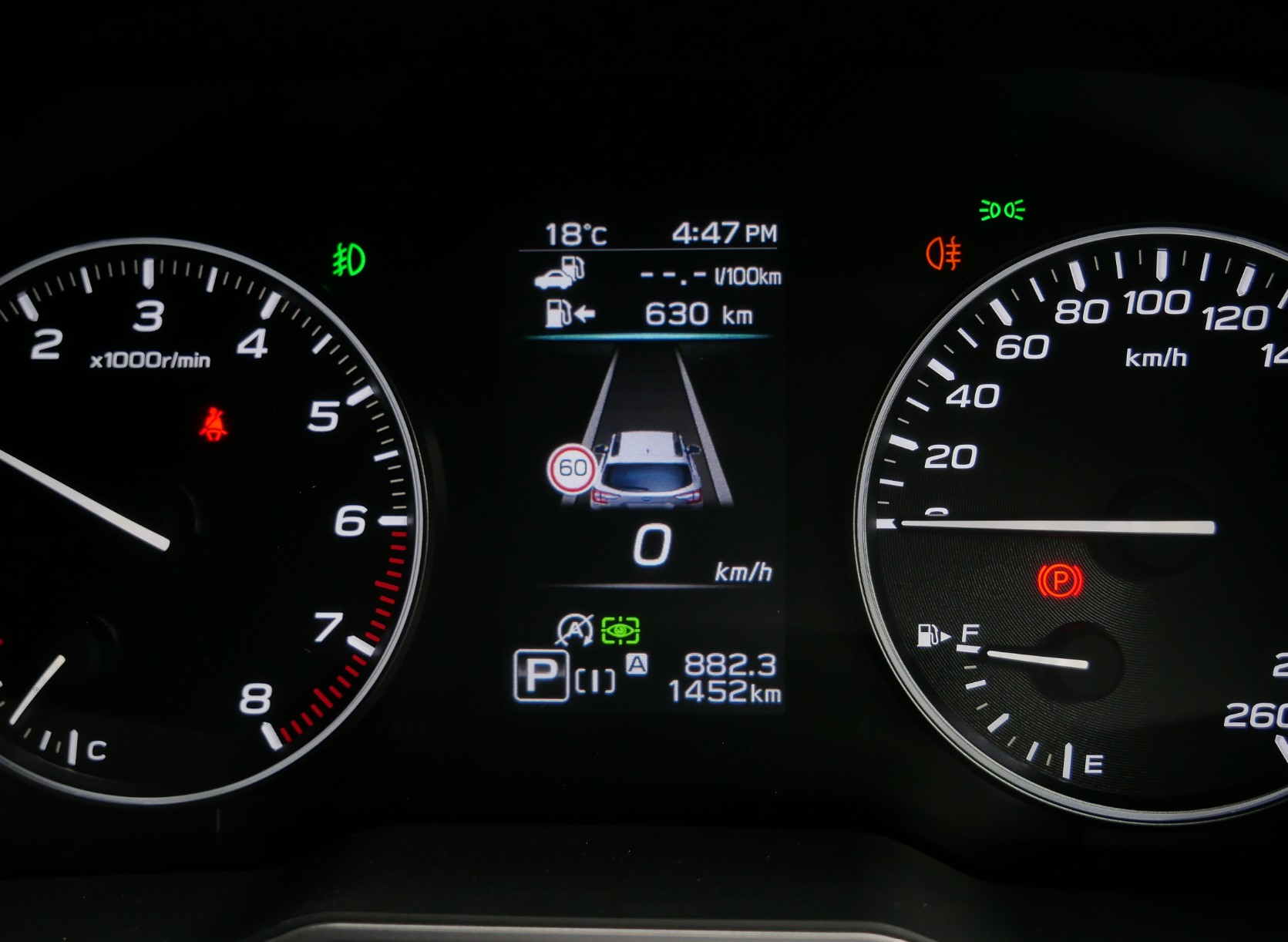 What the fog light switch looks like
A fog light switch usually looks like a lamp projecting lines with a wavey vertical line through them. Sometimes it will be next to or near the normal headlight and daytime running light switch, or sometimes on its own switch entirely. The same symbol will illuminate on the dash to tell you they are on – and remind you to turn them off! When in doubt, consult the owners manual for your car. 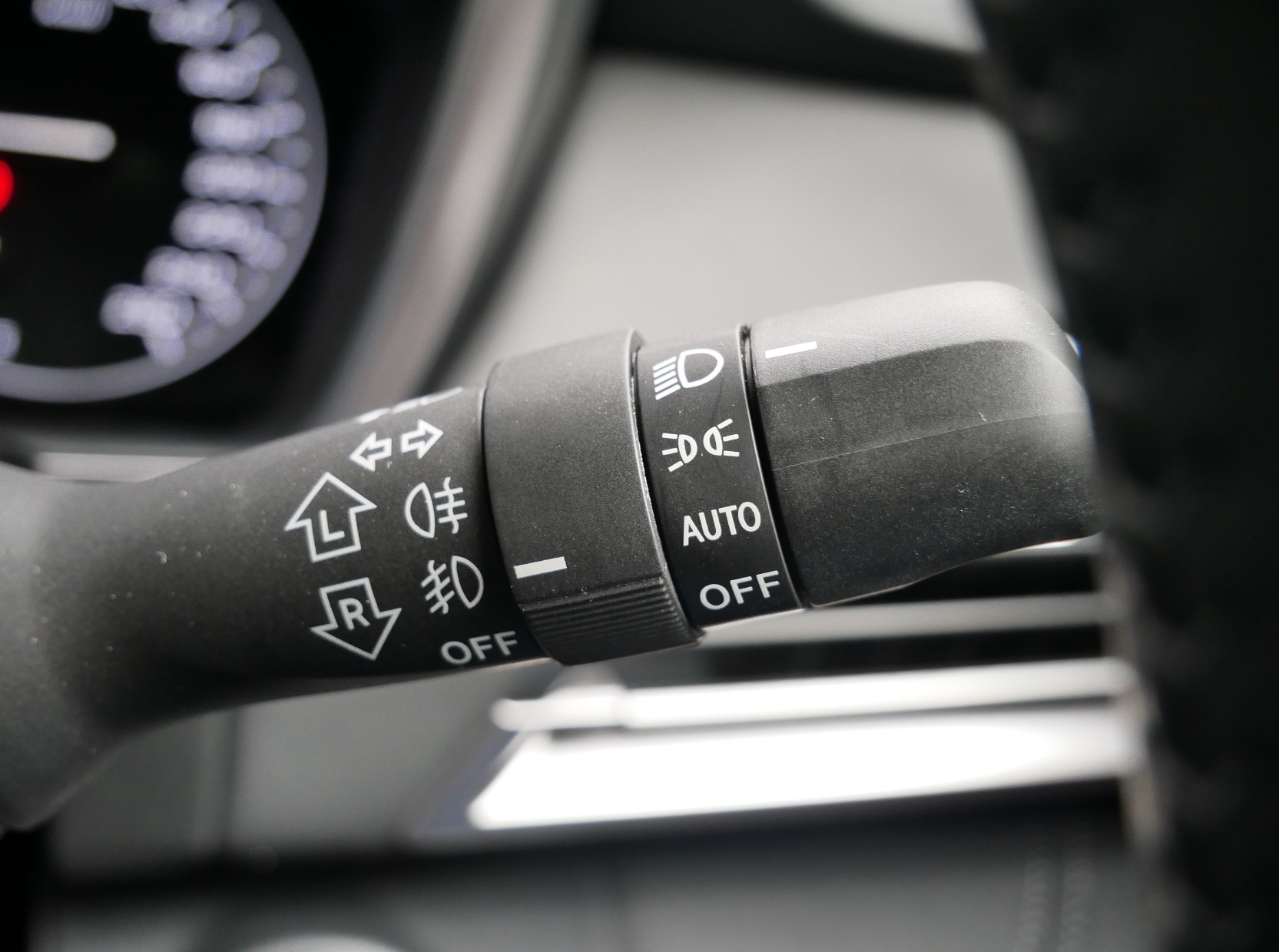 In our test car here, a 2021 Subaru Outback, the fog light switch is on the stalk with the headlights switch. It has two symbols – one for the front fog lights, and one for the rear fog lights – you either turn on the front or the rear and front together.

Should I also turn on the headlights?
Yes, absolutely. The headlights will also help other road users see you better. However, using the high beams will be problematic as the intense light bounces back off the white mist – or other cloud particles – causing a blinding wall in front of you. 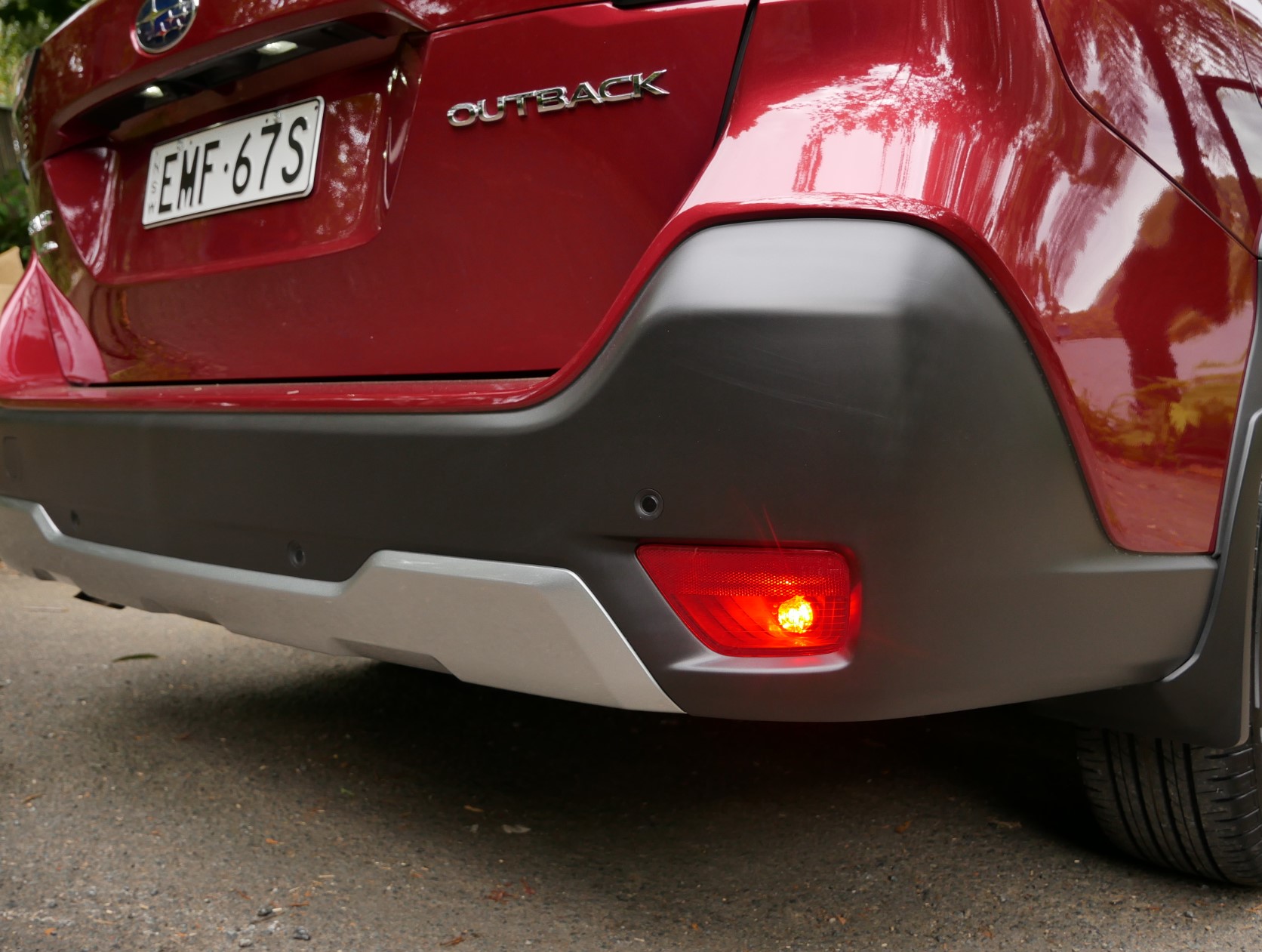 Recap
Unlike daytime running lights, you’re only legally allowed to use your foglights when visibility drops and conditions are hazardous. So, make sure you know where the switch is for your car’s foglights and use them properly.