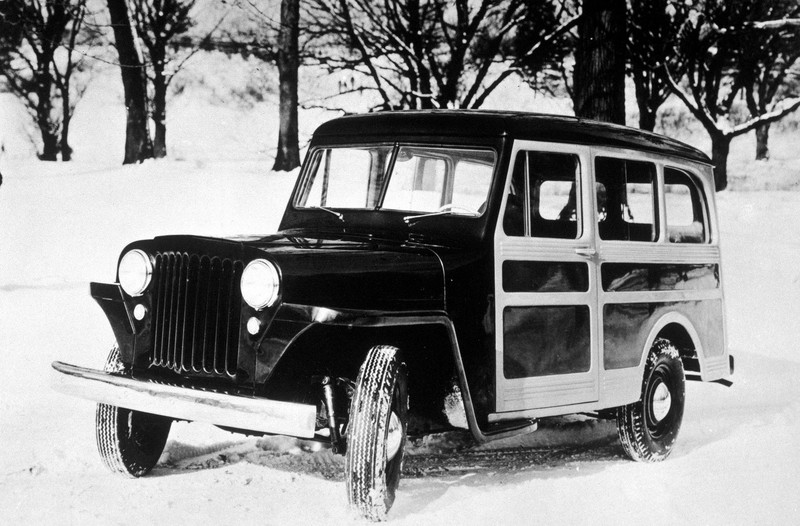 The locals took to them with delight, and they were immediately put to work in forests and on farms, bringing their strength and reliability to the fore in rebuilding the landscape. The next step was inevitable - people enjoyed the freedom Jeep vehicles gave them so much that it was only a matter of time before they started using them for fun.

Willys-Overland was one step ahead of the game; it had seen the recreational possibilities, and in 1944, the company was already working on the CJ-1A (CJ stood for Civilian Jeep). The first model, the versatile 1945 CJ-2A, was priced at $1,090, with luxury features like a tailgate and automatic windshield wipers. This was the beginning of the Jeep Universal line of rough and ready civilian vehicles.

For the 1946 model year, Willys-Overland introduced the industry's first all-steel station wagon. This two-wheel drive vehicle featured a maximum seven-passenger capacity and reached a top speed of 65mph. When four-wheel drive and a six-cylinder engine were added in 1949, this innovative vehicle truly became the forerunner of the modern-day Jeep Cherokee.

But the fun really began with the 1948 Jeepster, a two-door sports phaeton. The Jeepster had a four-cylinder engine in 1948, and a six-cylinder engine was available in 1949. That year also saw the further development of the CJ - or Jeep Universal - line and the introduction of the more refined CJ-3A.

JEEP IN THE 1950s
On June 30, 1950, Willys-Overland decided to capitalise on the brand equity built upon heroic performances in the war, registering Jeep as a trademark both in the United States and internationally. The Company then continued into the 1950s with a horizontal grille for the Jeepster, two new engines, a new half-ton front-wheel-drive pickup truck and a new, industry first one-ton four-wheel drive pickup. The pickups represented the newest additions to the Willys-Overland line of "America's most useful vehicles."

By this time, the name Willys-Overland had become world famous, but in 1953, all of Willys-Overland was bought by the Kaiser Corporation. The new company, named Willys Motors, charged ahead in some new directions, but the Jeep line continued on its unique mission.

In 1954, the curvaceous 1955 CJ-5 was introduced and became such a popular four-wheel drive vehicle that it endured, albeit with improvements over the years, until 1983. While similar in specifications to the original civilian Jeep CJ-2A, the CJ-5 featured softer styling and a slightly larger frame. Kaiser continued with two unique Jeep vehicles: the 1955 two-wheel-drive dispatcher and the 1957 FC series trucks. The FC (or Forward Control) series had a unique cab-over-engine design that gave them a hoodless, flat-nosed appearance. Produced until 1964, the FCs took a new approach to American automotive design and engineering.

The mid-1950s also marked the beginning of Kaiser's influence on the future of the 4x4 sport utility industry as they began an extensive research and engineering program to broaden the utilitarian four-wheel drive vehicle market. The fruits of this program were finally seen in 1962.

JEEP IN THE 1960s
This was a most significant decade for Jeep because the true civilian four-wheel drive market was born. When the name SUV (sport-utility vehicle) was coined in the USA in the Sixties, it was simply a label for the reality that Jeep vehicles had long been celebrating. Up until then, these kinds of vehicles were just called "Jeeps."

In 1962, the completely new J line arrived - "All New and All Jeep." The 1963-model year Jeep Wagoneer station wagons and Jeep Gladiator utes were the first Jeep vehicles designed from the ground up for civilian rather than military purposes. They were also the first to provide automatic transmission and complete passenger-car styling. Thus, the combination of four-wheel drive and automatic transmission was an automotive industry first.

December 1965 marked the entry of the 1966 Super Wagoneer into the marketplace. Then in the autumn of 1966, the Jeepster line was reintroduced and named Jeepster Commando (model year 1967). The Commandos included station wagon, convertible, pickup and roadster models and were the first small four-wheel-drive vehicles available with automatic transmission.

JEEP IN THE 1970s
Another takeover in 1970 put another company in charge of the Jeep tradition. On February 5, 1970, American Motors Corporation (AMC) acquired Kaiser Jeep Corporation and again spurred growth and expansion for the Jeep line. AMC also devised a new Seventies mantra: off-roading in Jeep vehicles is fun!

AMC's new Jeep Corporation subsidiary first offered the 1971 limited edition Renegade II, a four-wheel drive version of the CJ-5, incorporating many custom performance features. By 1972, all Jeep vehicles came with AMC-built engines, and all were available with either a 304 or 360-cubic inch V8 engine. The Jeep Universals were now simply called Jeep, and they were buoyed by the marketing line: "If a new Jeep vehicle can't take you there, maybe you ought to think twice about going."

The Wagoneer now had the biggest standard engine in the station wagon field, and the 1973 Wagoneer introduced another Jeep exclusive: Quadra-Trac, the first completely automatic full-time four-wheel-drive system. The 1974 Cherokee joined the line-up as a sporty two-door model (available as a four-door for 1977 models). It was similar to the Wagoneer, but already contained the seeds of greatness that would make Cherokee the most successful Jeep vehicle ever.

The 1977 CJ-7 (with optional removable moulded plastic top) and CJ-8 Scrambler (an open-cab pickup version) were introduced in 1976. Yet, it was the 1978 Wagoneer Limited that first gave Jeep drivers a taste of sophistication, with leather upholstery, air conditioning and a stereo radio - innovations for an essentially tough vehicle. 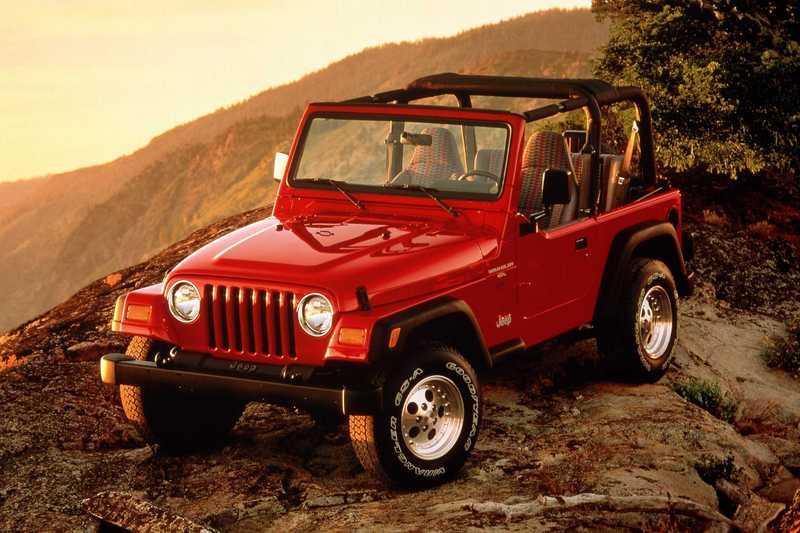 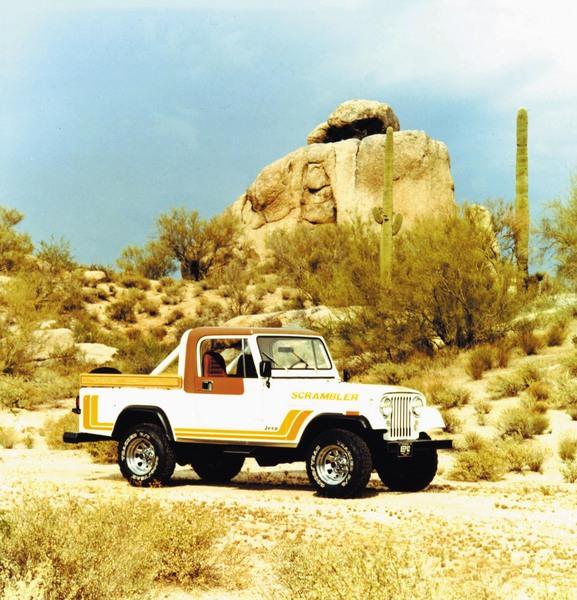 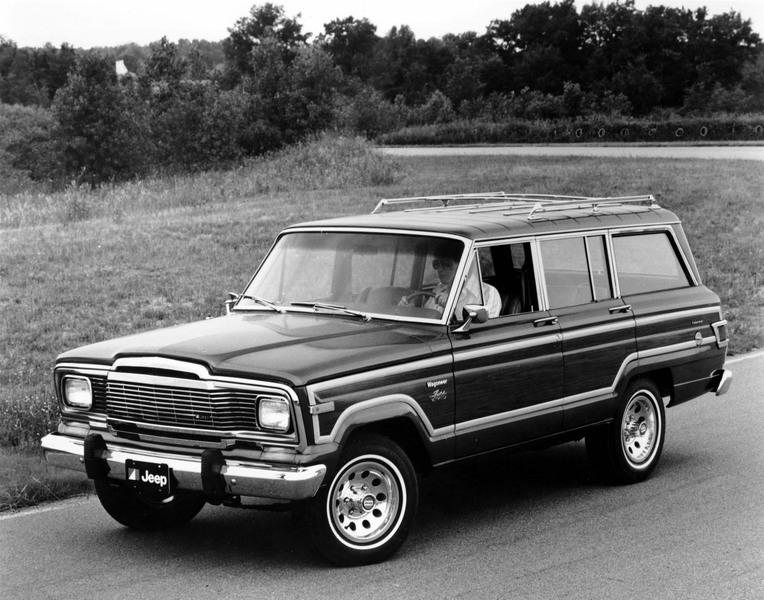 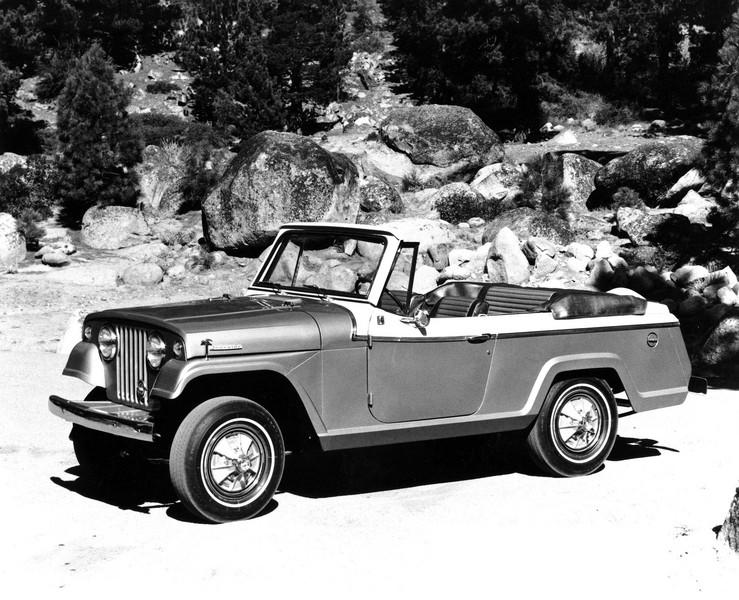 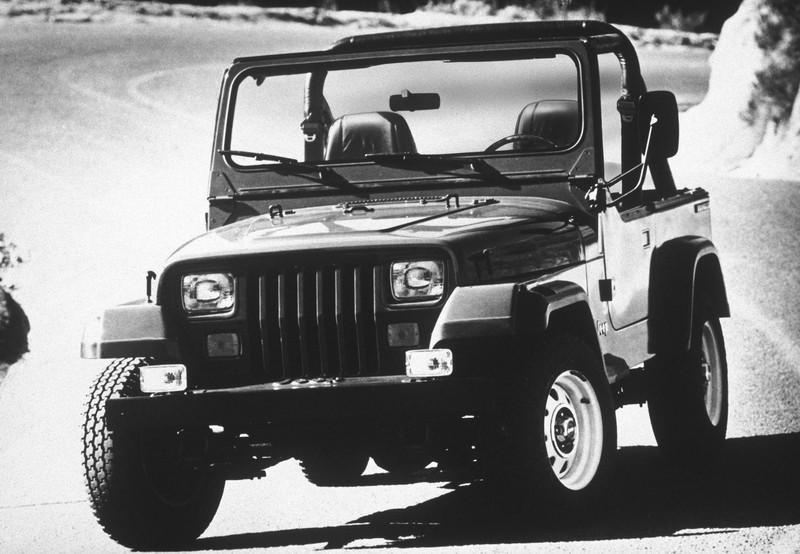 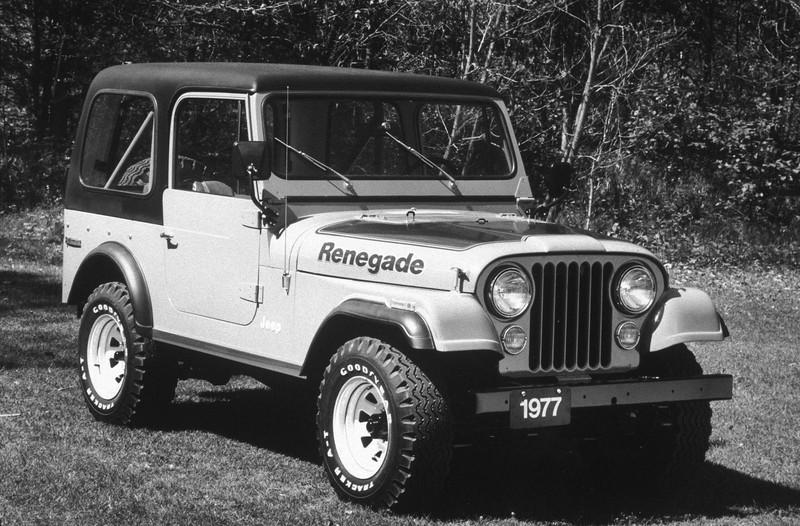 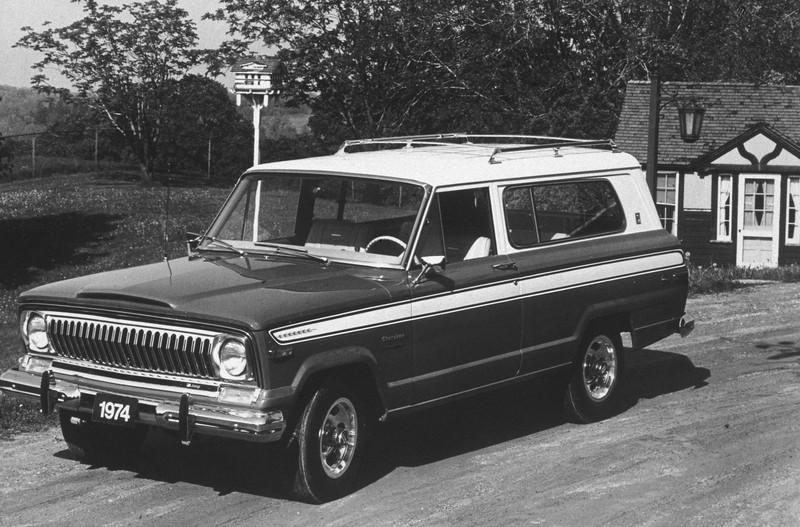 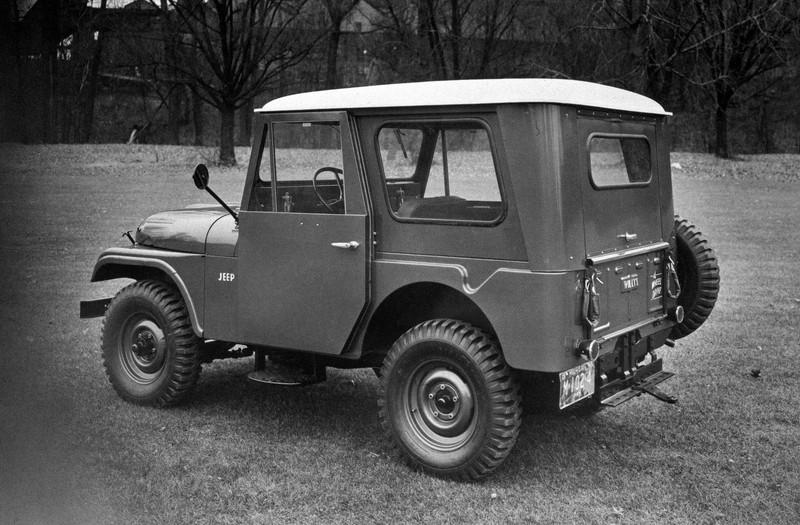 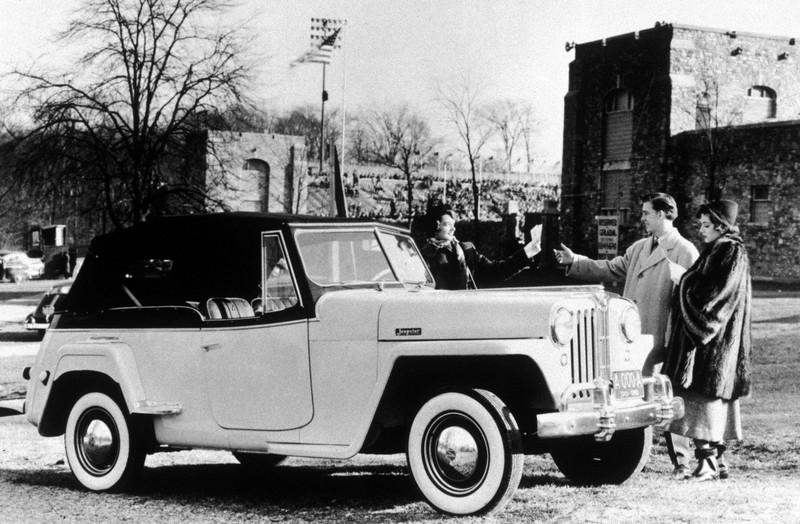