It's not often that the big guns of 4x4s - namely Nissan and Toyota - both preview new vehicles. While we had many advance details, they were finally revealed in the flesh to the motoring public
Having been starved of big event launch platforms, many manufacturers held off until the show to release or signal the future arrival of some excellent new 4x4s.

It's not often that the big guns of 4x4s - namely Nissan and Toyota - both preview new vehicles. While we had many advance details, they were finally revealed in the flesh to the motoring public.

Top on my list was the new Nissan Patrol. Well over 12 years since the current GU Patrol was released, Nissan are notoriously slow to upgrading their flagship 4x4 wagon. Potentially even more alarming for local Nissan buyers, was the prospect that a right hand drive Patrol may not eventuate, as of the three right hand drive markets serviced by Nissan the other two - for whatever reason - have declined to want it. That just left Australia, and with the new flagship V8 selling like hotcakes in Saudi Arabia, a left hand drive market - production of a right hand drive version has been put back from late 2010, to the latest guesstimate being around June 2011.

Nissan were so determined to get one of the new Patrols to the show, they actually had to go out and buy one and ship it to Australia, and on to the show. Accordingly it was the flagship 5.6-litre V8 top spec left-hand drive version. Details of powerplants for Australia have not been confirmed, but there is sure to be a new turbo diesel alongside the petrol variant. Possibly the biggest criticism of the Patrol is that in many respects it looks to be a clone of the Toyota 200 Series, with many styling cues common to both vehicle. Over past years Nissan has released drawings of futuristic new Patrols, but sadly they didn't go with any of these designs. We have a first drive report of the V8 Patrol, albeit short, but none the less it provided strong pointers to the strength and capabilities of the new machine.

The other big news from Nissan was the welcome news of the addition of a V6 turbo-diesel to the Pathfinder and Navara.
On to Toyota and their new 4x4 bruiser, the retro style FJ Cruiser attracted plenty of attention. A little like the Hummer H3, it will appeal to a niche market for its standout looks, and potential 4x4 capability. While I haven't driven one yet, I have sat in them and interior space is a little tight for the average Australia family. The display of the specially kitted out Arctic Challenge HiLux was another highlight from Toyota.

Another show stopping 4x4 was the first Australian viewing of the new Range Rover Evoque. Built on the Freelander platform, this sleek and sexy wagon is sure to win many hearts upon arrival. It will be offered in 2WD and 4x4 variants. This month the 5-door version was released at the LA Motor Show alongside the three.
Also due for arrival before years end is the upgraded Mercedes-Benz G-wagon. This classic off roader is every bit as capable as anything currently on the market and limited numbers of the G 350 and G 55 will be offered. The top model features a 5.5-litre V8 supercharged engine that displaces an awesome 700Nm of torque.
In other news both Ford and Holden signaled plans to increase their 4x4 range, with Holden set to relaunch the Jackaroo brand, this time using a Colorado platform. Ford is also planning a new 4x4 wagon, using the newly released Ranger platform. Both vehicles are penciled in for a 2012 launch.

Ford beat Mazda to the punch, releasing the new Ranger 4x4 utility range, while Mazda rolled out a hand built prototype of their next generation BT-50. Both vehicles use a shared platform, but Mazda released few details, allowing the Ford Ranger to bask in the spotlight. Another new utility that potentially may turn this market upside down is the impressive VW Amarok. Bigger than most, and powered by a twin turbo charged diesel engine, with the option of permanent 4WD, Volkswagen have signaled their intention to grab a slice of the 4x4 market.
Finally Skoda debuted its Yeti AWD compact wagon, that is due to arrive very soon. (Skoda would not give a definitive launch date).Capping of a great show of 4x4s, a number of upgraded specs on existing models were also announced. More on all of these in coming issues.

Sleek new Range Rover Evoque
Fresh from its world debut at the Paris Motor Show, Land Rovers latest addition to the family was given its first showing in Australia. The down sized Range Rover will be available in three and five door variants and is set to launch locally in November 2011.

It will be offered with a choice of 2.0-litre turbocharged petrol or diesel engine, mated to a six-speed automatic transmission. It will be offered as a permanent four-wheel drive and also feature Land Rover's Terrain Response system and adaptive dynamics suspension system. Pricing will start around $60,000 for the three door and the low $70,000 for the five door model.

Mazda BT-50 utility
Sharing the same platform as the recently debuted Ford Ranger, Mazda will launch their new generation BT-50 utility around the middle of 2011. While similar in many ways to the Ranger, Mazda have opted for a different path, with a stylish body and with everything forward of the A pillar pure CX-9 DNA. Mazda call it an 'active lifestyle vehicle', rather than a ute, citing the styling and performance to deliver a true dual purpose work and play vehicle. Mazda would not release any details on powertrains, but they are likely to be similar to the Ranger.

Beware of the Yeti
Skoda's Yeti compact SUV debuted at Sydney as yet another entrant in the super competitive SUV market. Skoda believes they have the right product to make a mark, with the Yeti arriving with either front wheel or four-wheel drive. The car uses a fourth generation Haldex clutch system for four-wheel drive, allocating drive to wheels as required. There is also an 'off road' mode button which when engaged, change management settings for a safer ride on loose surfaces.

All versions will feature ABS, but ESP is only offered on 4WD models, along with up to nine airbags, including front, curtain and knee protection. Details on engines were withheld, but the Yeti is offered in Europe with 1.2-litre or 1.8-litre petrol engines. Arrival date? Anyone's guess but it is definitely on its way!


Navara and Pathfinder V6 turbo-diesel upgrades
Nissan has slotted a cracking new V6 turbo-diesel engine under the bonnet of its range-topping Navara and Pathfinder models. The new three-litre engine delivers the class leading power and torque figures of 170kW at 3750rpm and a thumping 550Nm at a relaxed 1750rpm. Dubbed the Pathfinder Ti550 (that's its maximum torque figure), the new $75,990 version of the medium SUV is based on the Pathfinder Ti that already has an impressive standard-kit inventory.

As Nissan points out, with 170kW and 550Nm, the new seven-speed automatic SUV's figures put it way ahead of the 127kW/410Nm five-speed four-cylinder Prado and the five-speed 147kW/441Nm four-cylinder Pajero.
Included as standard for the Ti550 are leather seats, heated and electrically adjustable front seats, satellite navigation with a seven-inch screen, a rear-seat DVD player, a reversing camera, dual-zone climate-control "air," rear-seat "air," Bluetooth phone connectivity and an electric sunroof.

Nissan claims a combined fuel-consumption figure of 9.5-litres/100km for the 170kW/550Nm V6 "oiler" and its seven-speed sports-shifting automatic transmission and a braked towing capacity of 3000kg.
The company also points out that people considering a dual-cab turbo-diesel ute should recognise that the new Navara ST-X V6 has a whopping 207Nm torque advantage over the four-cylinder Toyota HiLux and its peak-power figure of 170kW also thumps the HiLux's 126kW.

A few laps on Mt. Cotton's wet skid pan showed the ST-X 550 to be a capable performer with well-weighted, precise steering and an impressive degree of sure-footedness that is imparted by its well-sorted electronic driver aids.
Offroad, like the similarly powered Pathfinder, the new Navara, as you would expect, made light work of the rough stuff as it clambered up and down Mt. Cotton's toughest bush-bashing track.
Also - as with the Pathfinder - the great power and torque of the new V6 turbo-diesel gives the Navara sports-car-like acceleration and buyers will find towing and overtaking a breeze.

Retro Cruiser
While to most Australian motoring enthusiasts, the letters FJ mean a classic Holden sedan, there's another FJ-monikered vehicle that to many others is just as iconic. The vehicle in question is the Toyota FJ40 LandCruiser that first made it to Australia back in the 1960s. The boxy looking FJ built for itself an enviable reputation for go-anywhere toughness - a reputation that has been nurtured and enhanced by Toyota four-wheel drivers ever since.

Now, Toyota Australia has announced it plans to revive the legendary FJ in the form of an updated FJ Cruiser.
Set for an Australian launch in the first quarter of next year, the retro-styled 4x4 was one of the stars of the Toyota stand at the Australian International Motor Show and the new offering from the market-leading brand will go up against the likes of the Jeep Wrangler and the Land Rover Defender. Toyota says it has not merely reinterpreted its classic FJ40.
"We have created a whole new vehicle - one that will appeal to younger drivers who know nothing about the old FJs," the company said.

While the new model's styling clearly draws on the design DNA of its predecessor of four decades ago, Toyota says there is nothing old-fashioned about the technology under the bonnet or the driving performance.
The company describes the FJ Cruiser as being designed for serious 4WD enthusiasts who want to do more than cruise down the highway in their sporty off-roader. The four-door SUV will be based on the previous-generation Prado 120 series and it has been on sale in the US for a while now.

The FJ will be powered by the four-litre V6 petrol engine that was used in the previous Prado - a vehicle that will also donate the new SUV's five-speed automatic transmission and suspension. The 200kW/380Nm engine has variable valve timing on both the intake and exhaust camshafts and there will be a part-time 4WD system with a dual-range transfer case that is similar to the one fitted to the HiLux ute. The new FJ will ride on double-wishbone coil suspension at the front and coils at the rear.

The retro-styled FJ Cruiser will have a body-on-frame structure, a stocky on-road presence and a unique "Toyota" badge on the grille and unique arrangement of its headlights and grille. Other retro-inspired styling features will include a near-vertical windscreen with three wipers, white roof - irrespective of body colour -- and wrap-around rear windows.
Inside the SUV's no-frills interior there will be rubber mats for easy cleaning and two rows of seats that will be accessed via standard-size front door and smaller, reverse-opening rear doors. FJ Cruisers for Australia will be produced in Japan and while pricing won't be announced until closer to the local launch, a $40,000 ballpark is likely.

Mercedes-Benz G-wagen
Mercedes-Benz will offer the G-wagen to Australian customers in two variants, both station wagons. The G 350 Bluetec priced from $159,900 and the rubber burning G55 AMG from $214,900.
The G 350 is powered by a 155kW V6 diesel engine, while the G 55 AMG gets the supercharged 5.5-litre V8, that develops 373kW of power and a thumping 700Nm of torque. The V6 comes with a Benz 7G-tronic auto transmission and the G 55 AMG a specially tuned 5-speed automatic. 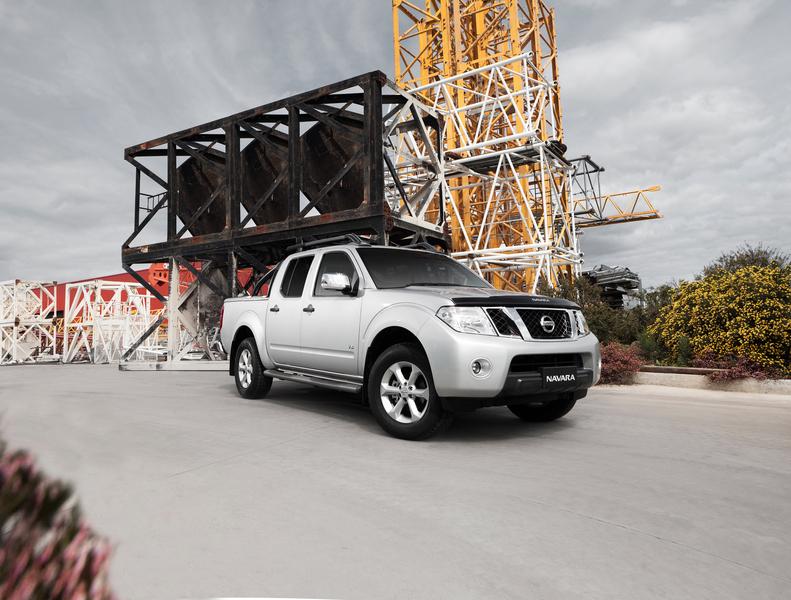 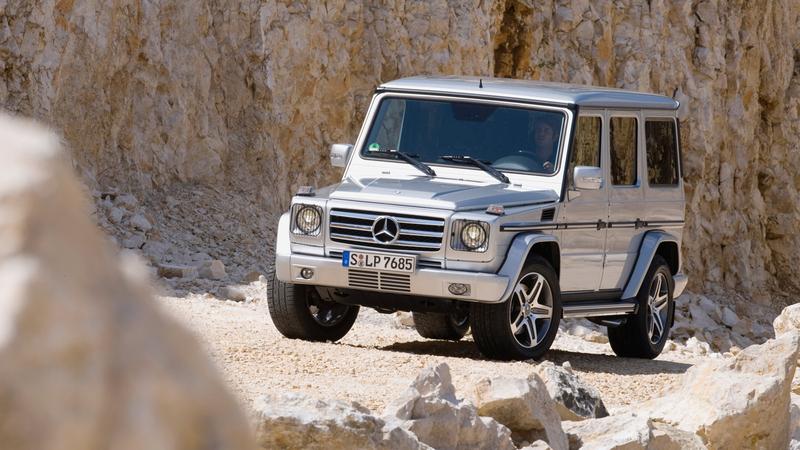 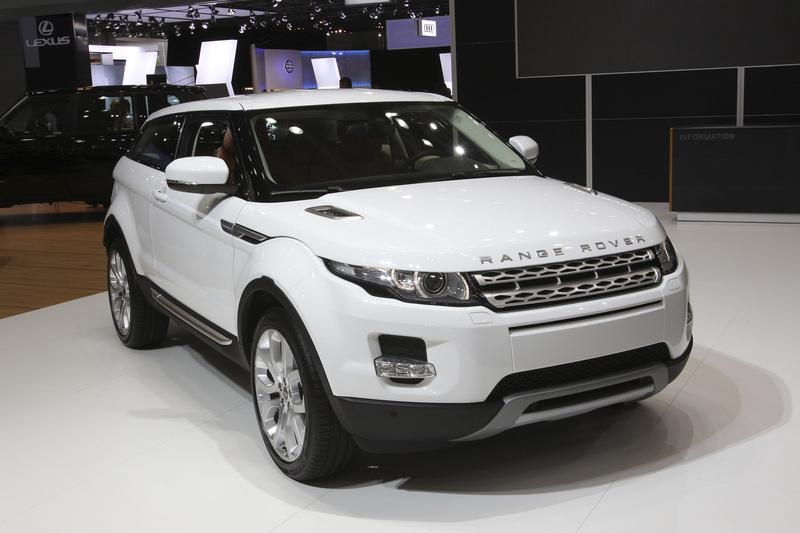 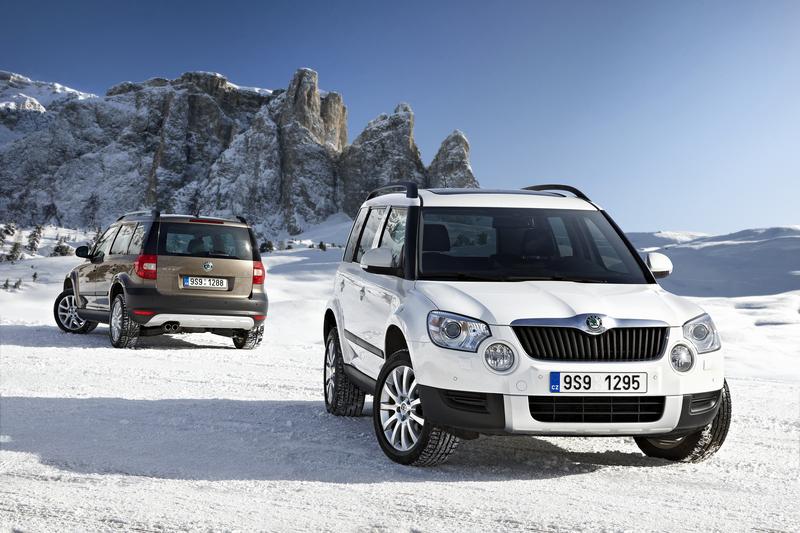 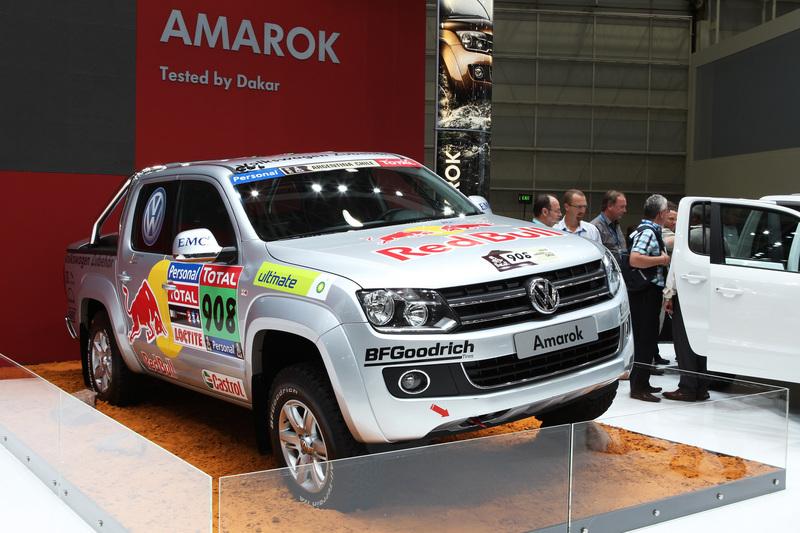 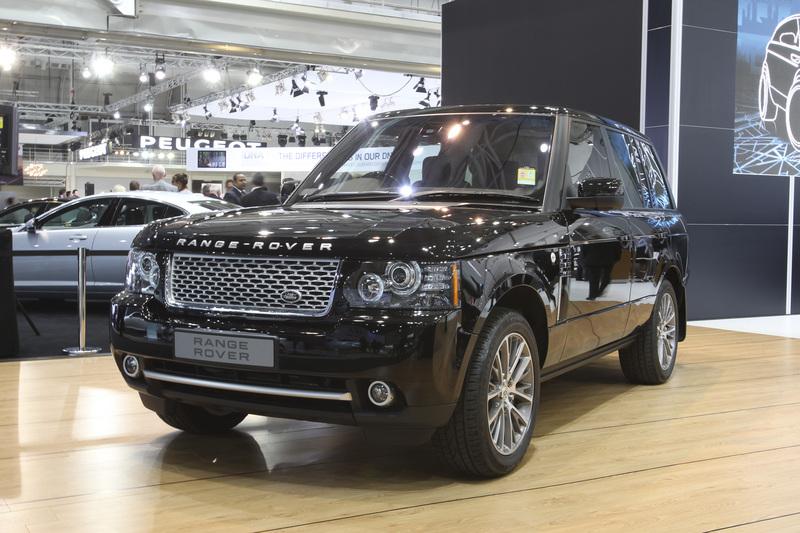 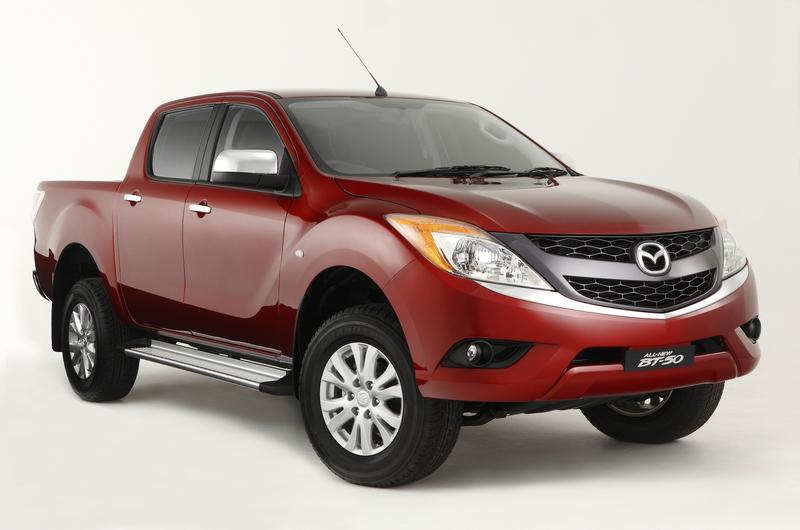 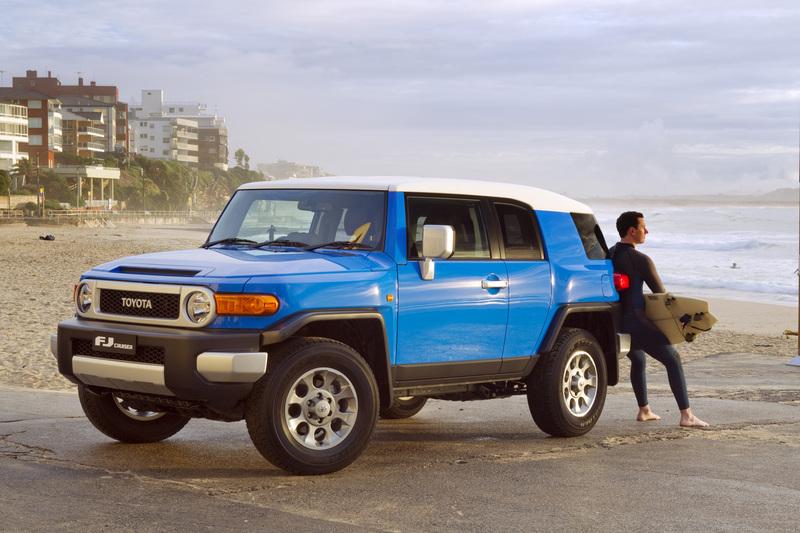