Land Rover has released the first details on the 2018 Range Rover lineup, which is marked by interior refinements, greater levels of in-cabin comfort, high levels of safety and connectivity, as well as signature off-road ability, but the key change is the addition of a plug-in hybrid (PHEV) variant for the first time.

Under the slogan of “silent luxury”, the P400e is a similar PHEV to that used in the Range Rover Sport, combining a 221kW Ingenium 2.0-litre four-cylinder petrol engine with an 85kW electric motor that resides in the eight-speed auto transmission. Combined output is listed at 297kW and 640Nm, with 0-100km/h coming in 6.8 seconds and a maximum speed of 220km/h.

To be available on most variants, the P400e’s hybrid petrol drivetrain offers improved economy (2.8lt/100km best) and reduced emissions (64g/km on NEDC combined cycle), along with a claimed 51km range on battery power alone and maximum electric-only speed of 137km/h.

The 13.1kWh battery can be fully charged in under three hours with a dedicated outlet, or seven and a half hours using a conventional socket, with charge status monitorable remotely via a smartphone app.

In addition to its ‘green’ credentials, Land Rover see their new P400e as a solution for accessing congestion and emissions-regulated zones in larger cities when in electric-only (EV) mode. 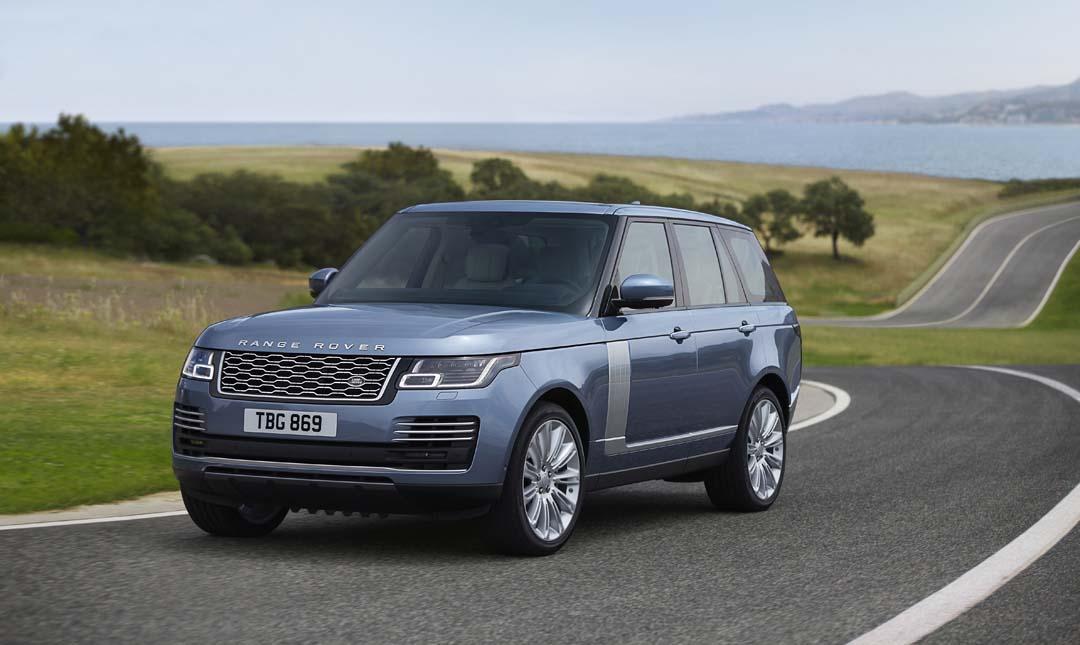 The default driving mode is ‘parallel hybrid’ which runs the petrol and electric engines in tandem. In this mode, two engine management functions are available: ‘Save’, which prevents battery charge dropping below a pre-selected level; and ‘Predictive Energy Optimisation’, which works with the vehicle’s sat nav system to vary the level of petrol and electric engine output to maximise fuel economy, depending on the route and destination.

Another benefit of the electric motor is the instant delivery of maximum torque to all four wheels, which Land Rover says is of particular benefit during low speed off-road manoeuvres.

Alongside the new P400e, the Range Rover’s existing V6 and V8 petrol and diesel engine options carry over for 2018, but the SDV6 hybrid diesel has been discontinued. 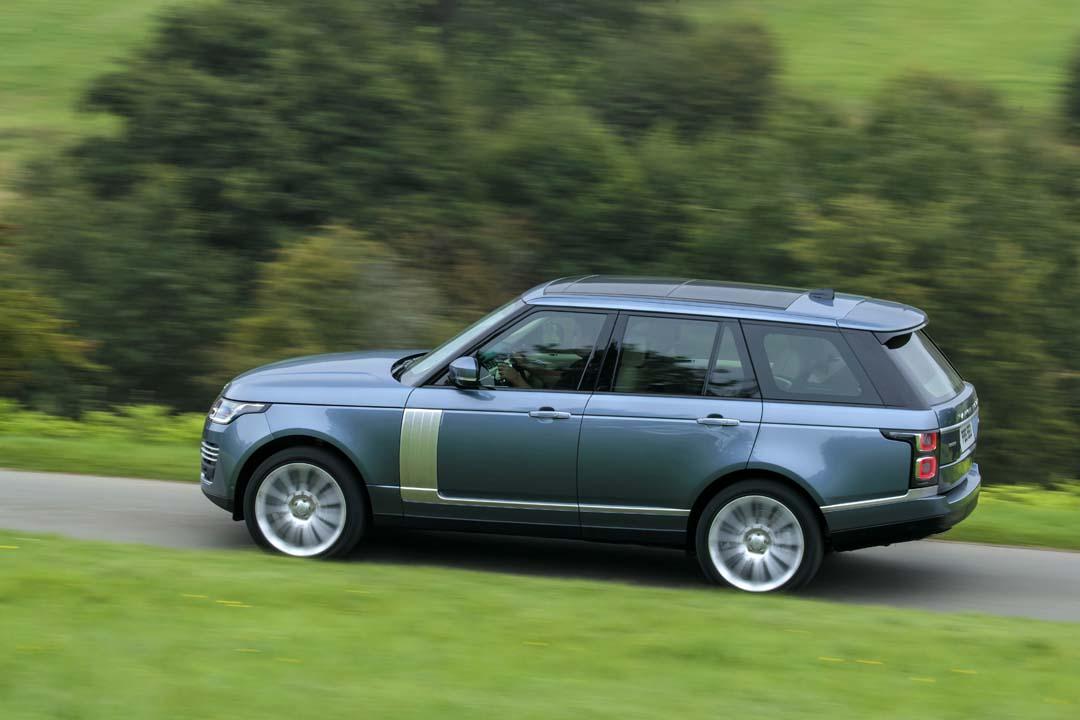 Externally, changes to the new Range Rover are minor, consisting of a modified grille and front bumper design, longer bonnet, modified headlight internals, revised side trim and graphics, a bumper that incorporates the tailpipes and six new wheel designs.

All glass is now thicker to reduce road, engine and wind noise in the cabin.

Inside, the seats have been redesigned to offer improved comfort, as well as a greater recline angle and improved legroom. Front seats are wider, with 16-way power adjustment, while the seat controls, both front and rear, are now located on the door panels. 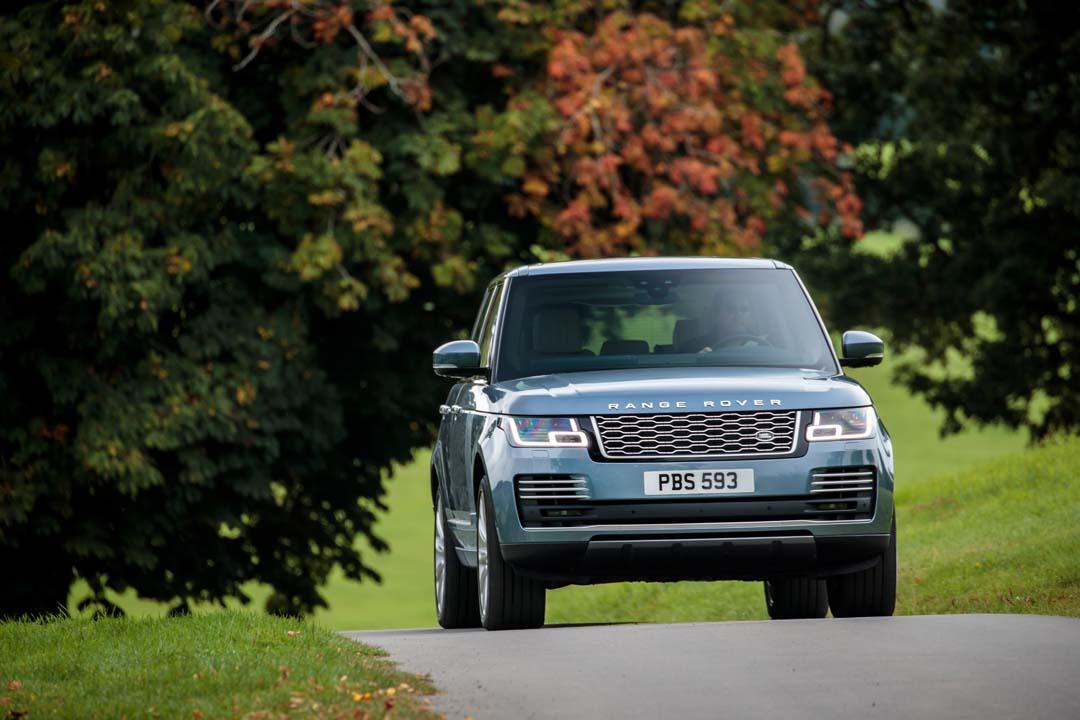 Optional seat upgrades include up to 24-way power adjustability, as well as climate and massage settings. The 60/40 split rear seats can be folded from the front via the centre console touchscreen and all seats can also be remotely adjusted via smartphone.

The previously fixed rear seat centre console is now power-deployable as part of an Executive Class Seating package that’s standard in the Autobiography and optional in the Vogue SE. A new massage function for all seats is also part of this package.

Nanoe cabin air ionisation is new, as is a 10-inch rear seat entertainment display that now features touchscreen control, while the roof sunblind can be opened or closed by hand gesture. 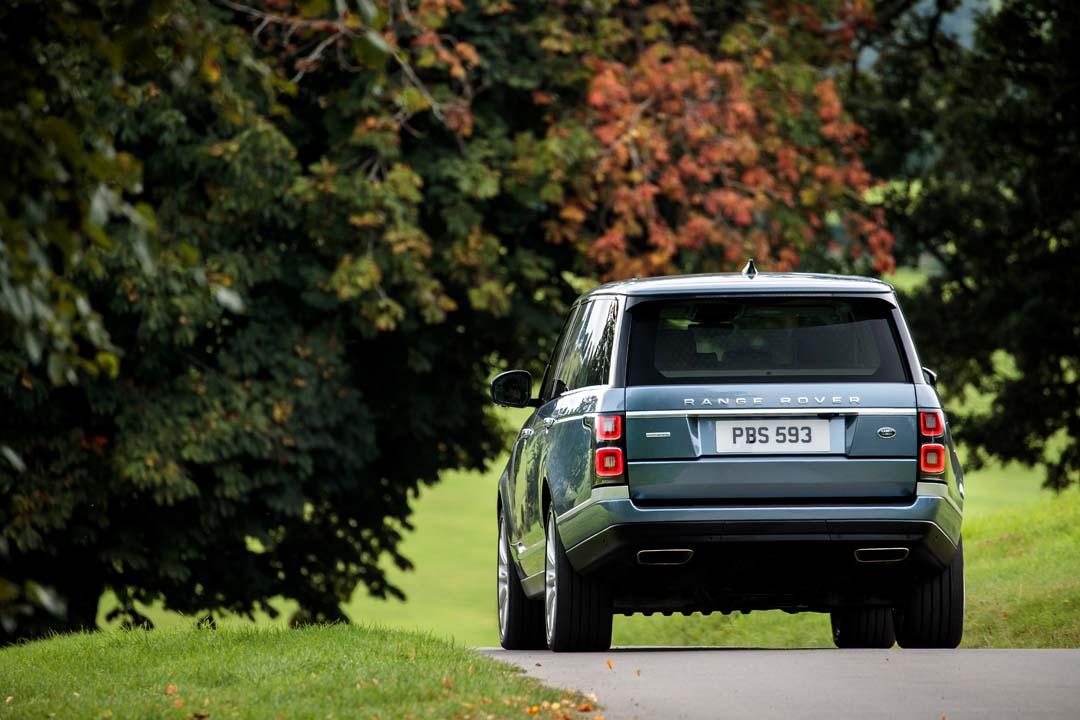 This updated Range Rover sees the introduction of the Touch Pro Duo infotainment system, which consists of two 10-inch touchscreens. Claimed to be easy to use, the tilt-adjustable upper screen carries all essential navigation info, while music, air con, seat comfort and other functions are controlled via the lower screen.

In terms of connectivity, the 2018 Range Rover is claimed to be the most connected ever, with music, podcasts and on-demand programmes able to be directly streamed from the vehicle without the need for a smartphone.

There are up to 18 power outlets, including multiple USB, HDMI and 12V connection points, as well as a domestic plug socket and provision for up to eight 4G WiFi connections.

The Activity Key previously available on selected Jaguar models makes its Range Rover debut on the MY18 model, allowing keyless locking and unlocking via a waterproof and temperature-resistant wristband. 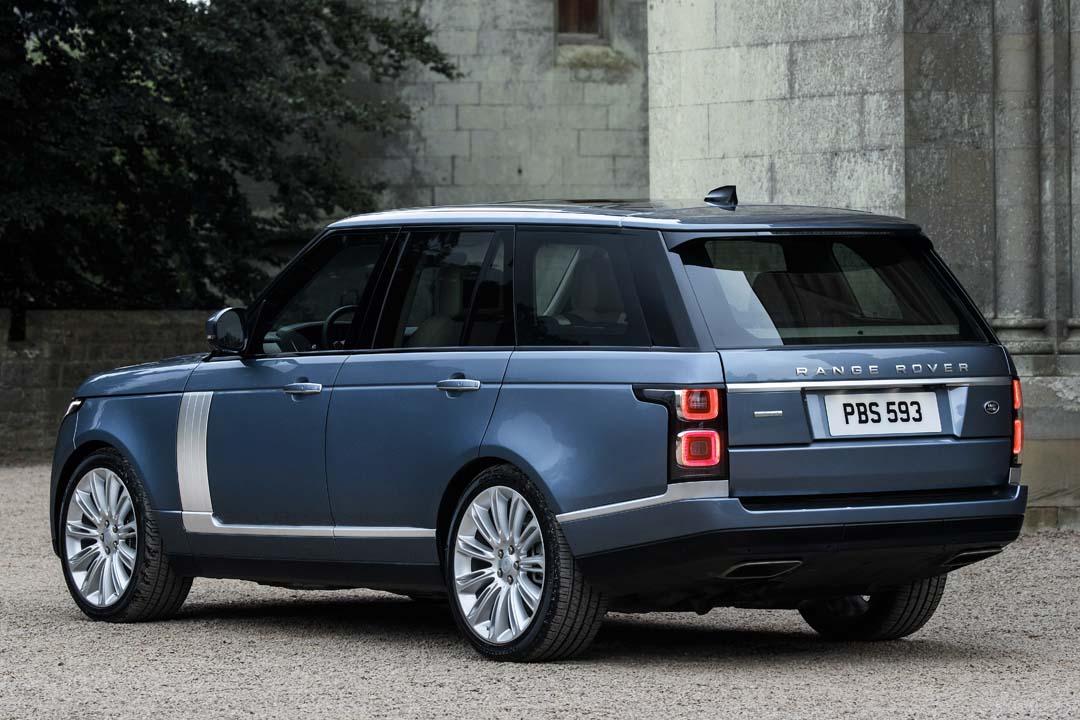 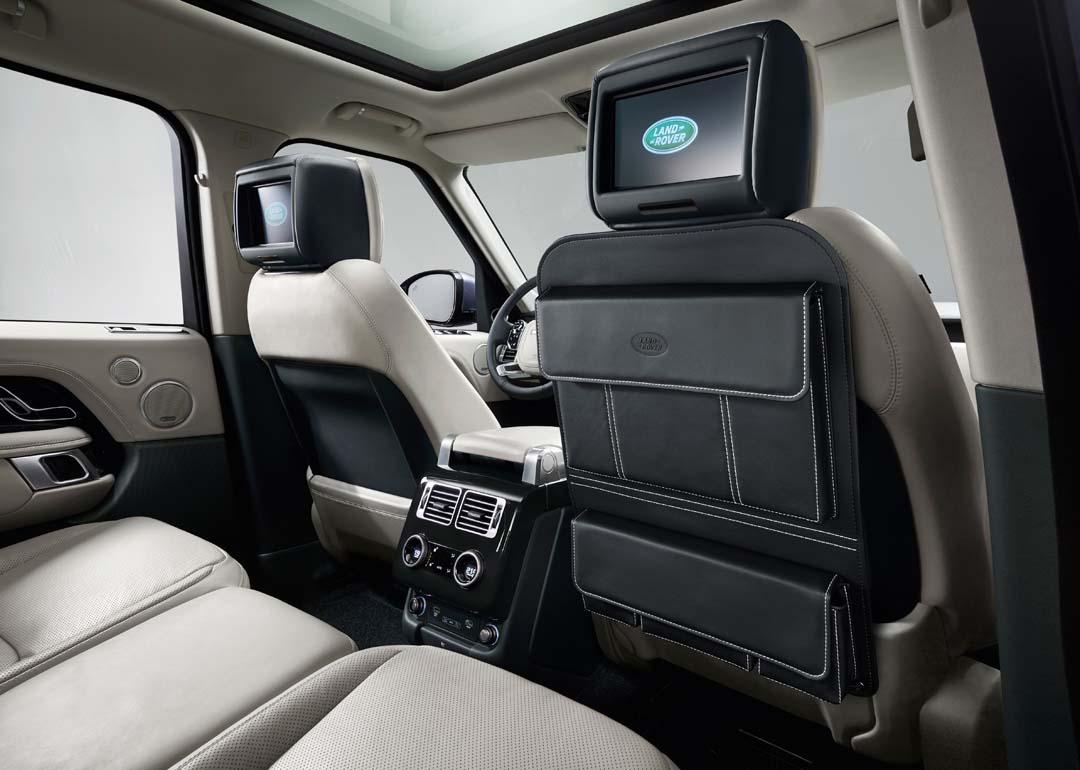 For all its high-tech features, go-anywhere performance remains at core of the Range Rover’s identity and this hasn’t been compromised in the 2018 version.

The fully-independent suspension (double wishbone front, multi-link rear) is unchanged, but the chassis is now stiffer, the 4WD transfer case has been redesigned, and the steering has been tuned.

On P400e-engined versions, low range can be operated in pure EV mode, while the Terrain Response 2 system is re-tuned to harmonise with the new electric drivetrain.

A Low Traction Launch System is new, allowing smooth, spin-free take-offs from slippery surfaces. There are also two new modes on Terrain Response 2 - ‘Comfort’ and ‘Dynamic’ - which soften and harden the suspension respectively. 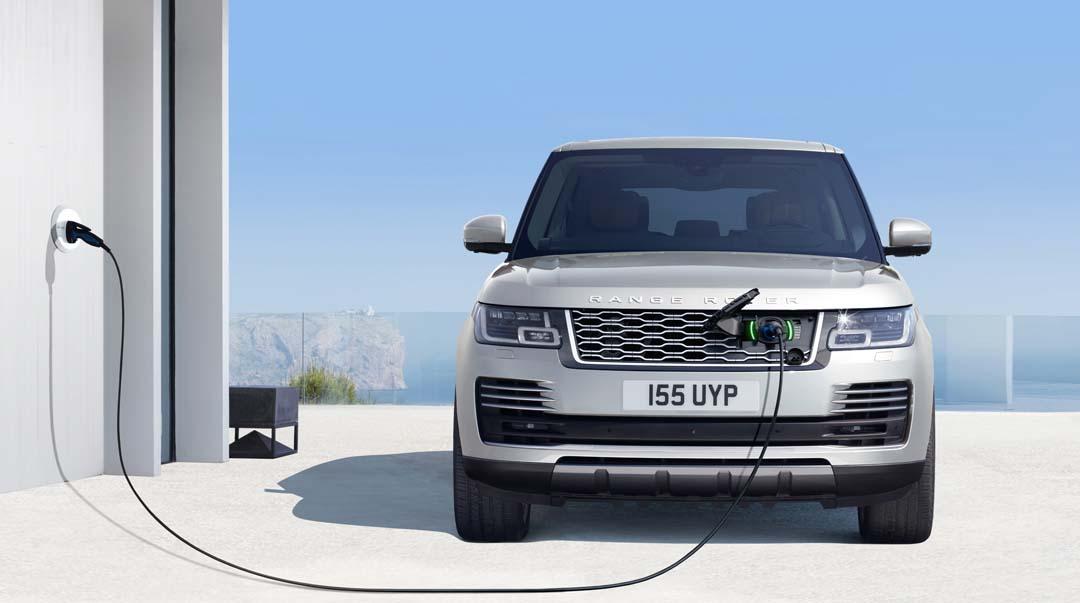 Off-road assistance features, like the Dynamic Response system, Active Rear Locking Differential and Adaptive Dynamics for improved traction and ride in rough terrain, continue to be offered, as does Hill Descent Control.

Two different Off-Road Ride Height settings lift the ride height by 40mm and 75mm to deal with extreme terrain. Individual adjustment of the rear ride height – by up to 90mm - is designed to help with hitching trailers, while the Advanced Tow Assist function works via the Terrain Response selector to allow easy reversing of trailers and caravans.

Pricing and full details on the 2018 Range Rover are still to be confirmed ahead of local delivery in March, but the range will start from $190,000 (+ ORCs). 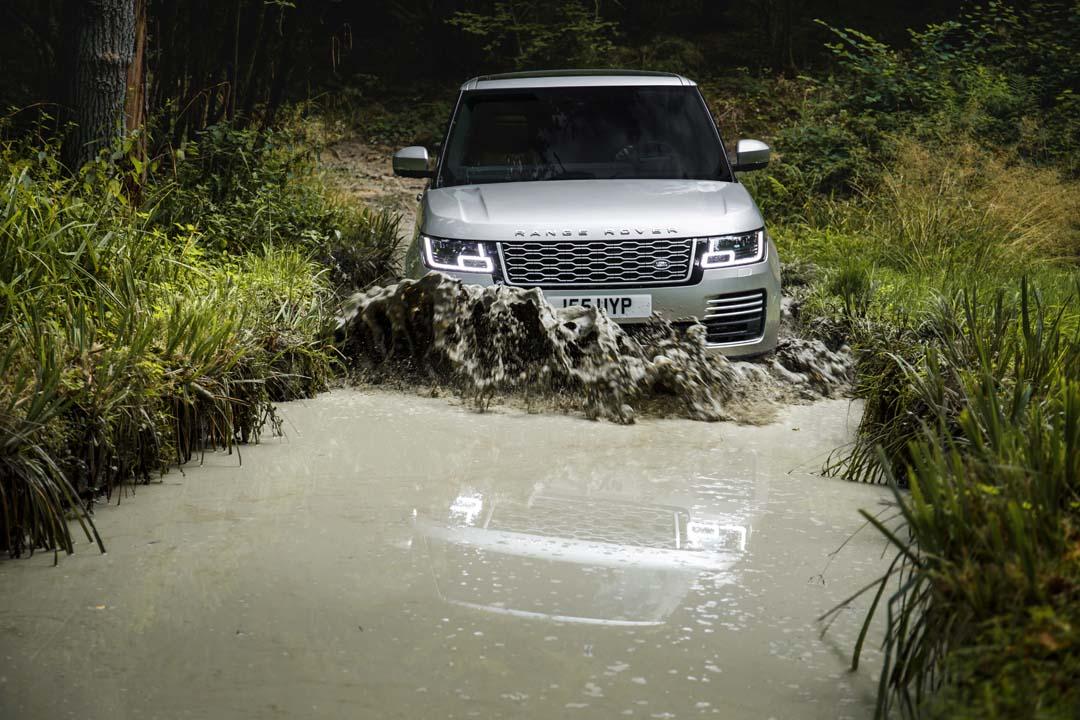