The 2017 version of Nissan’s X-Trail SUV has arrived, boasting a raft of new features, including a larger turbo diesel engine, new safety technologies and more standard features on Ti and TL grades.

The ST remains the entry-level X-Trail, with the ST-L above that, while the 4WD-only Ti is the range-topper in the petrol engine variants. The new turbo diesel comes in TS and TL grades.

“The X-TRAIL is one of Nissan’s best-selling models in Australia and, with more than 193,000 sold locally, its long-standing popularity proves it is the ideal SUV solution for families and adventurers,” said Richard Emery, Managing Director and CEO of Nissan in Australia.

“For 2017, we have applied a variety of enhancements, including many of our latest Nissan Intelligent Mobility technologies and our latest exterior and interior styling, all of them designed to further broaden the appeal of this already-popular model.” 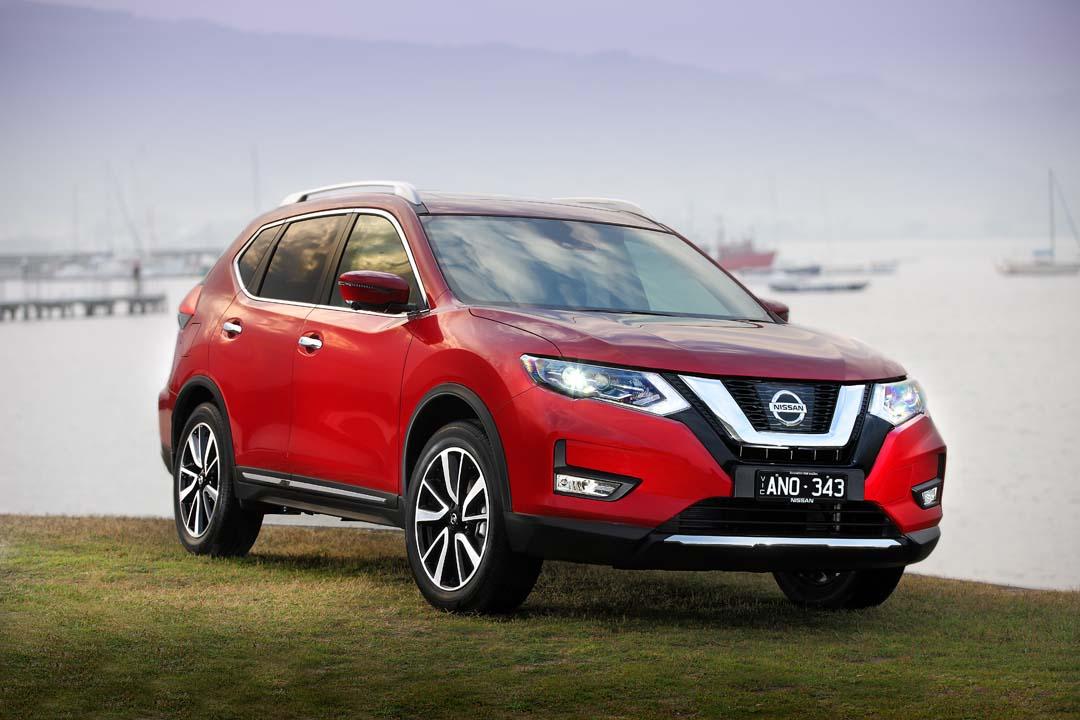 All the Xtronic-equipped X-Trails come with the ‘ECO mode’ button that maximises fuel economy by limiting rapid acceleration, with visual feedback provided via the Advanced Drive-Assist Display in the instrument panel.

On 4WD models, Nissan’s ‘Intelligent 4x4’ system features 2WD, AUTO and LOCK modes, the latter of which permanently engages drive to all four wheels at speeds of under 40km/h. Above 40km/h, AUTO mode engages, automatically varying torque distribution to suit the surface and grip conditions. 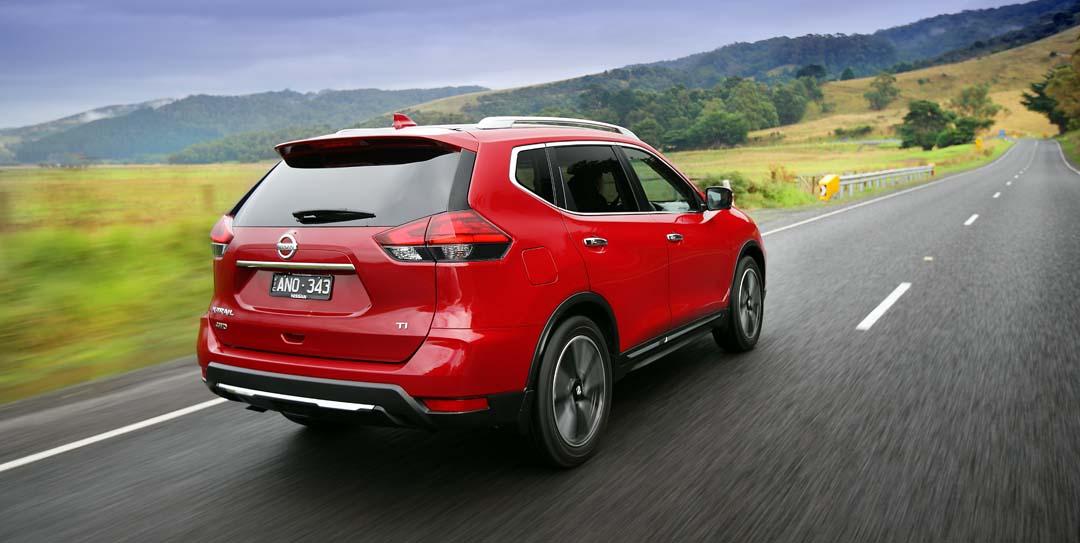 The other major addition to the X-Trail for 2017 is the ‘Nissan Intelligent Mobility’ suite of new and updated safety and driver assist technologies.

Intelligent Mobility is described as the largest range of available advanced technology features ever offered on an X-Trail, with new safety tech including Forward Collision Warning and Intelligent Emergency Braking (IEB) for all model grades, while the X-Trail Ti adds Intelligent Cruise Control, Lane Departure Intervention and a pedestrian detection function to the IEB; a first for an Australian-delivered Nissan.

In addition to this, upper model grades also get Rear Cross Traffic Alert and Adaptive Front-Lighting, which automatically changes the light pattern to adjust to road curvature. 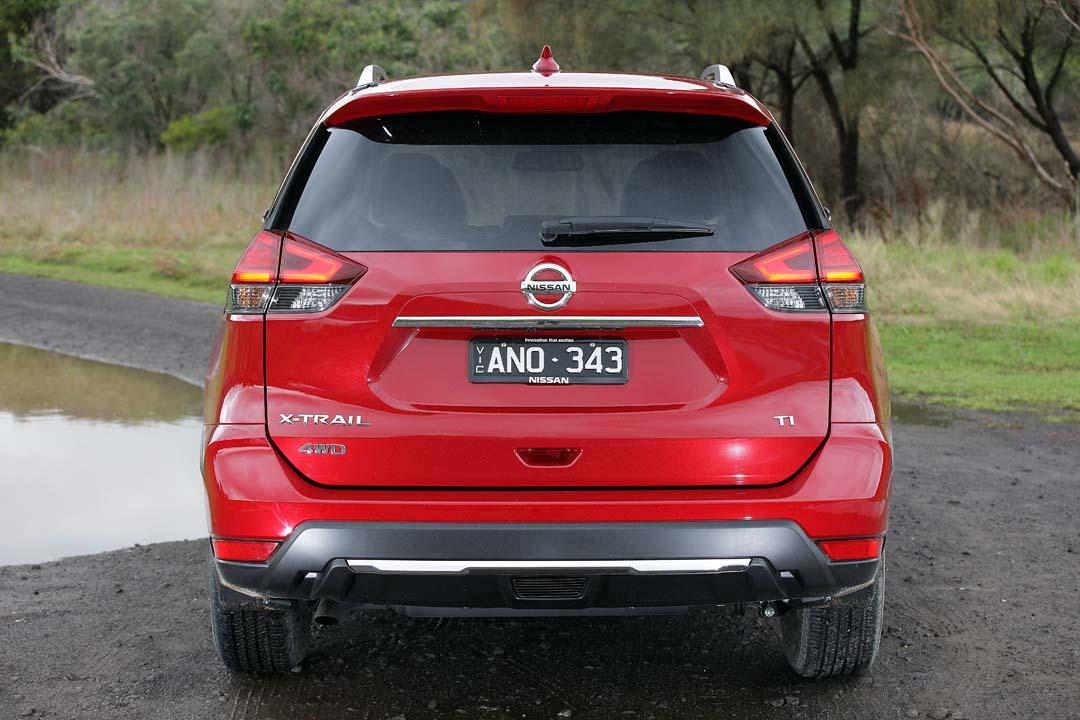 Styling changes inside and out start with the addition of Nissan’s ‘V Motion’ grille, new front fascia, redesigned head and tail lights, LEDs for the tail lights and DRLs, plus a redesigned rear bumper,

Inside, there’s a new D-shaped steering wheel with redesigned control buttons, a new shifter knob and door venting, while the centre console has been redesigned.

Upgrades to the X-Trail Ti and TL variants for 2017 include a heated steering wheel, heated rear seats and a motion-activated tailgate.

Ti and TL grades also get an upgraded eight-speaker BOSE audio system, while all variants get new-look graphics for the audio and satnav systems.

The upgraded MY17 Nissan X-Trail is in dealerships now. See your Nissan dealer for further details. 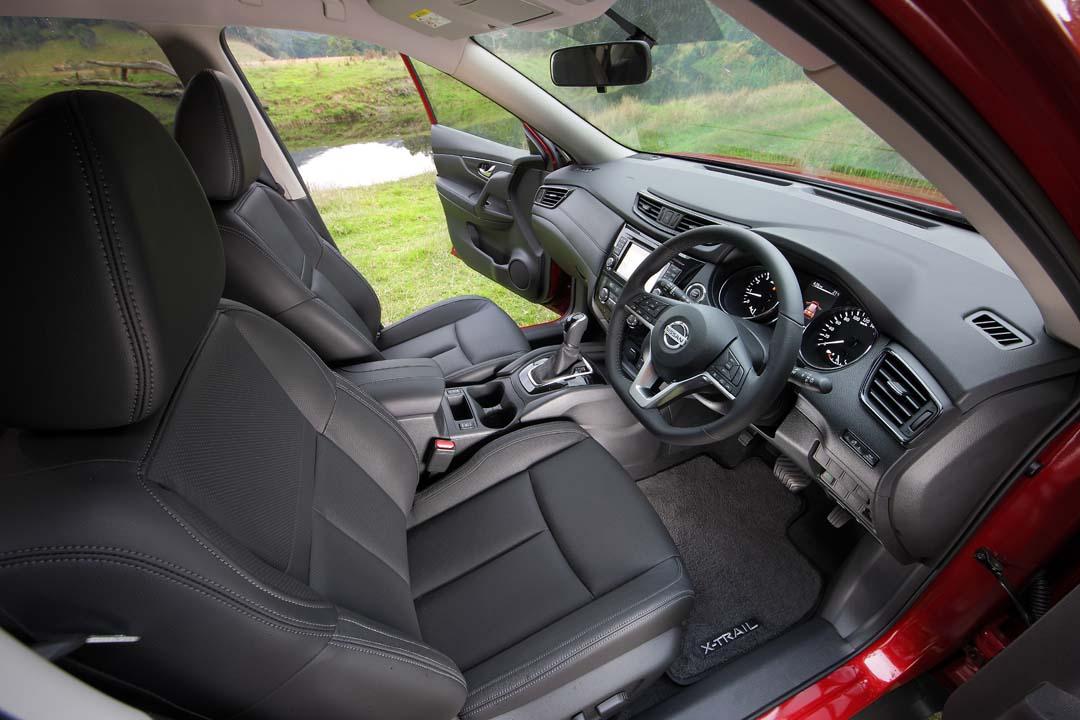