Built especially for the Bond film Spectre, this Defender is big, black and badass.

A sure fire way to kick off a pub argument is to debate which James Bond film is the best. Starting with Dr. No in 1962 and ending (for now) with Spectre from 2015, there’s 25 films to choose from (26 if you choose the original Casino Royale from 1967).

However, in terms of the best James Bond car, the field narrows considerably, down to the iconic Aston Martin DB5, ‘submersible’ Lotus Esprit, the AMC Hornet that does the corkscrew turn in The Man with the Golden Gun and maybe a handful of others.

They may not be the ‘hero’ cars, but Land Rovers have featured in several Bond films, too, starting with 1984’s Octopussy. However, Landies have only been in minor roles – the automotive equivalent of extras, you could say! 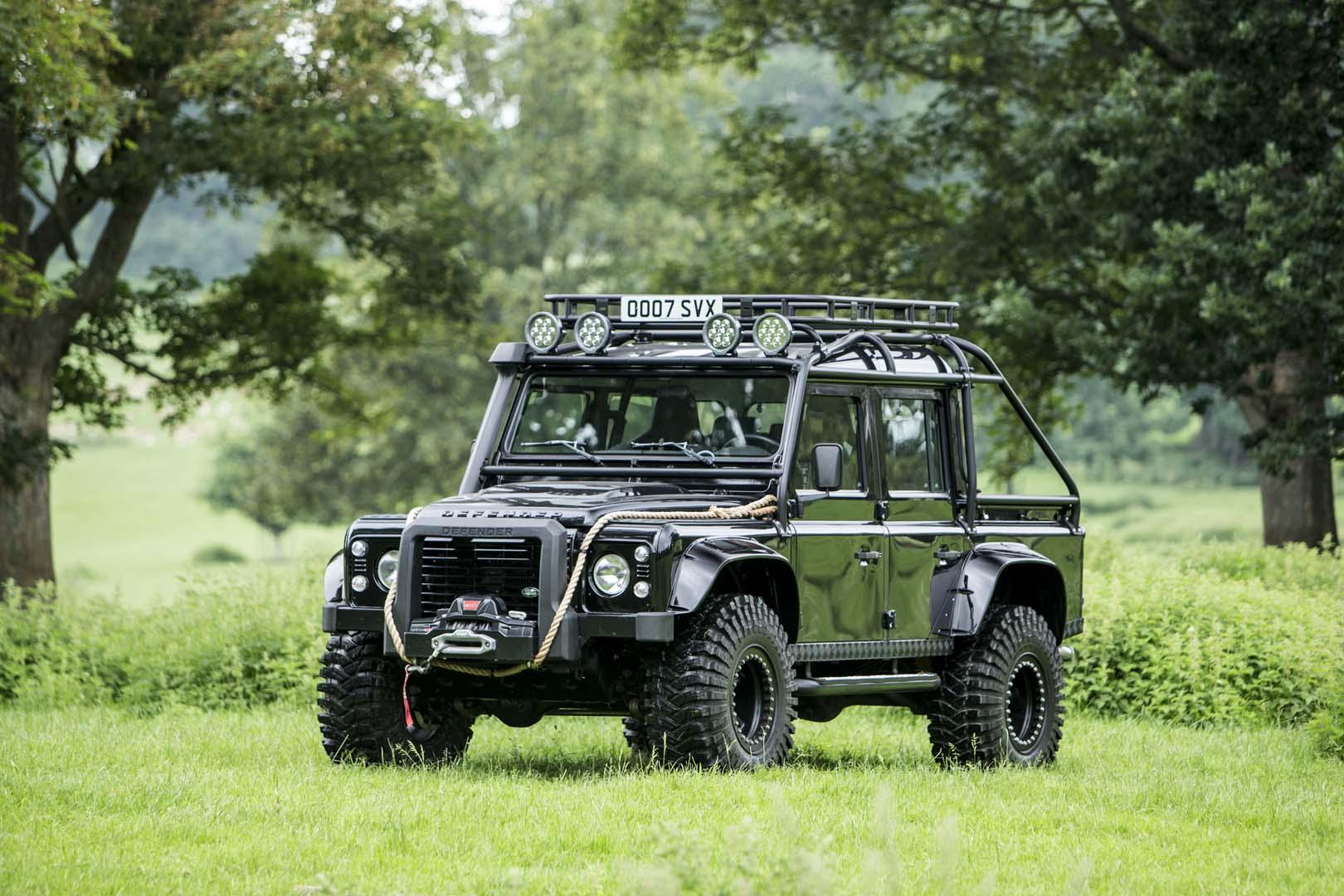 In Spectre those ‘extras’ had a bit more presence than usual, as they consisted of a pair of pumped up and pimped out Defenders. Along with a more conventional Discovery Sport, these ‘SVX’ Defenders were used by the bad guys from SPECTRE in a dramatic chase through the Austrian Alps.

Last year, one of those Defenders came up for auction in the UK. This past July, another was auctioned and sold for a seriously impressive price. 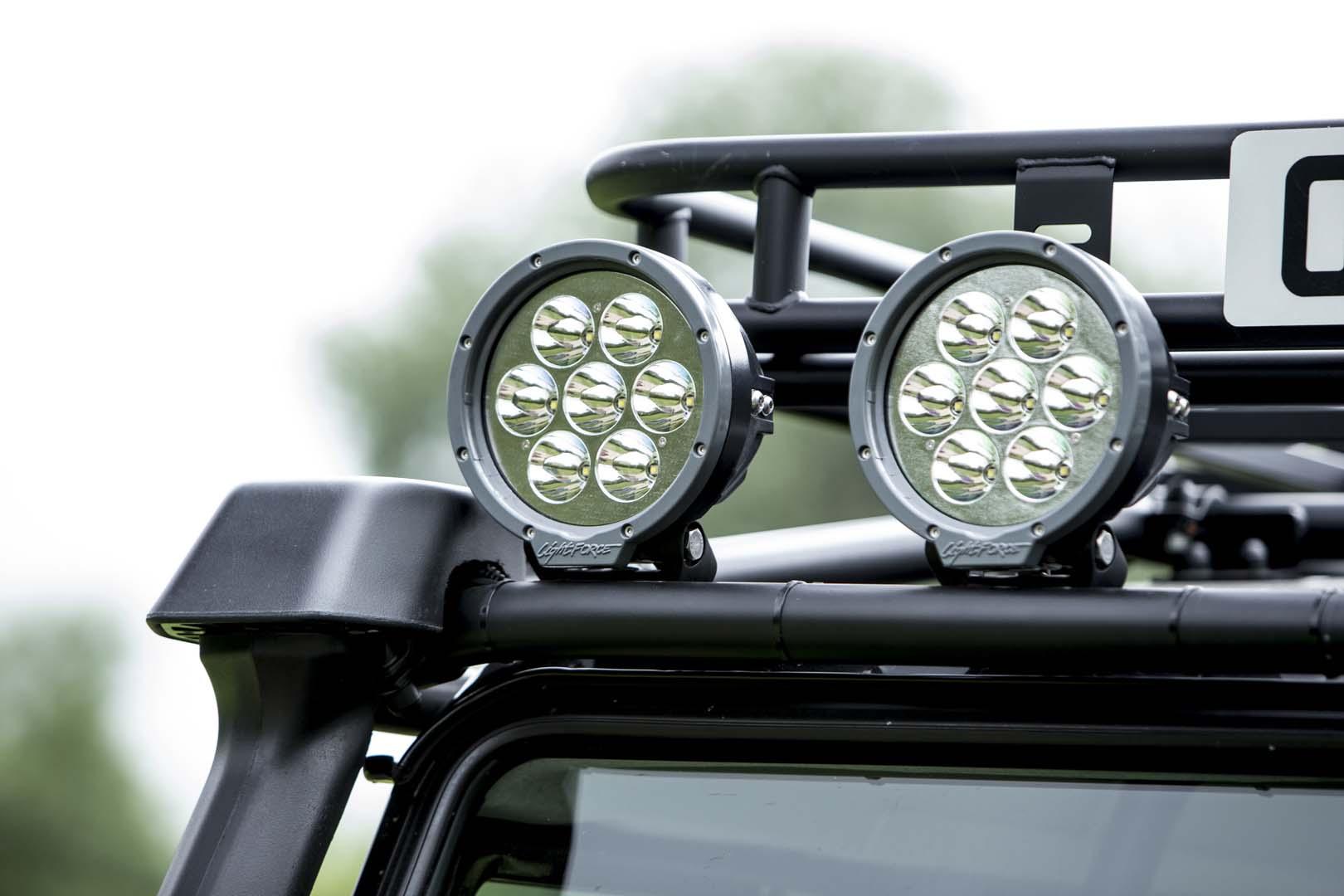 The pair of Defenders used in Spectre were created by Jaguar Land Rover’s Special Vehicle Operations (SVO) division that has been responsible for a number of small-run vehicles and special commissions in the past.

In this instance, the commission came from Sony Pictures, the studio behind Spectre. Sony requested ten Defenders, all kitted out to look the same, but as is the case with most modern films, some were built to perform stunts and finished to a less polished level, while others were finely detailed to suit close-up camera work. Of course, some of that total were surplus units, built with attrition in mind as – spoiler alert – both Defenders get destroyed in the movie.

While SVO could certainly do the transformation from workaday Defender to evil Spectre standover vehicle, they called in Bowler for this particular project. 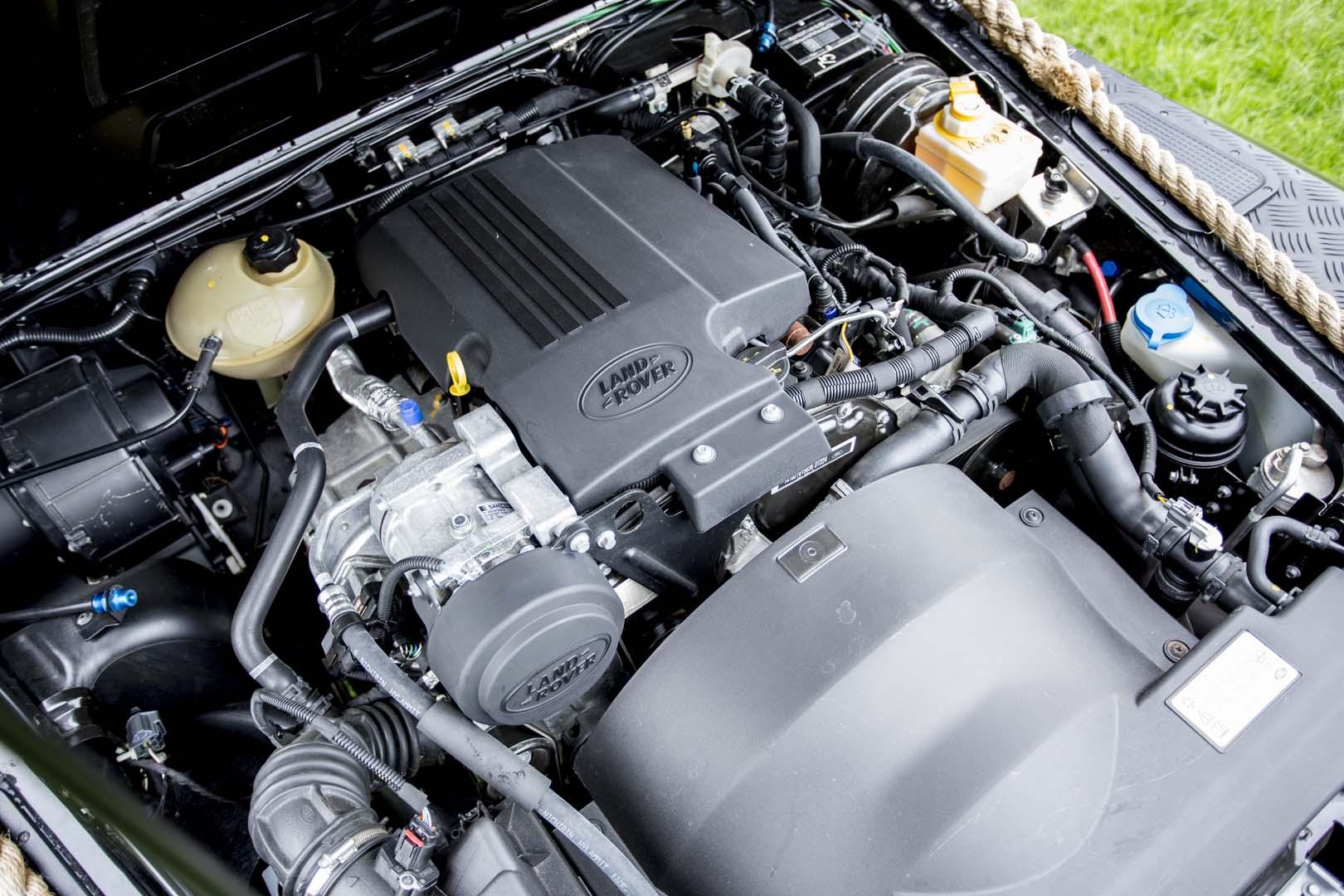 Born in the UK in 1984, Bowler started by building and selling off-road competition cars based on Land Rovers. The SIII/Defender ‘Tomcat’ from the late 1980s was followed in the ‘90s by the more familiar ‘Wildcat’. In the new millennium, the ‘Nemesis’ and ‘EXR-S’, with their Range Rover-look styling, were the next evolution of Bowler thinking.

The link between Land Rover and Bowler became official in 2012 with a formal brand partnership, but Bowler retain the independence to do their own thing, as well as the things that Jaguar Land Rover considered too specialised or small volume to do themselves.

With the Defenders for Spectre required to perform at racecar-like speeds and handle deep snow and dangerous stunts, Bowler were tapped to create the set, applying what they’d learned over decades of building racers for the Baja and Dakar rallies. 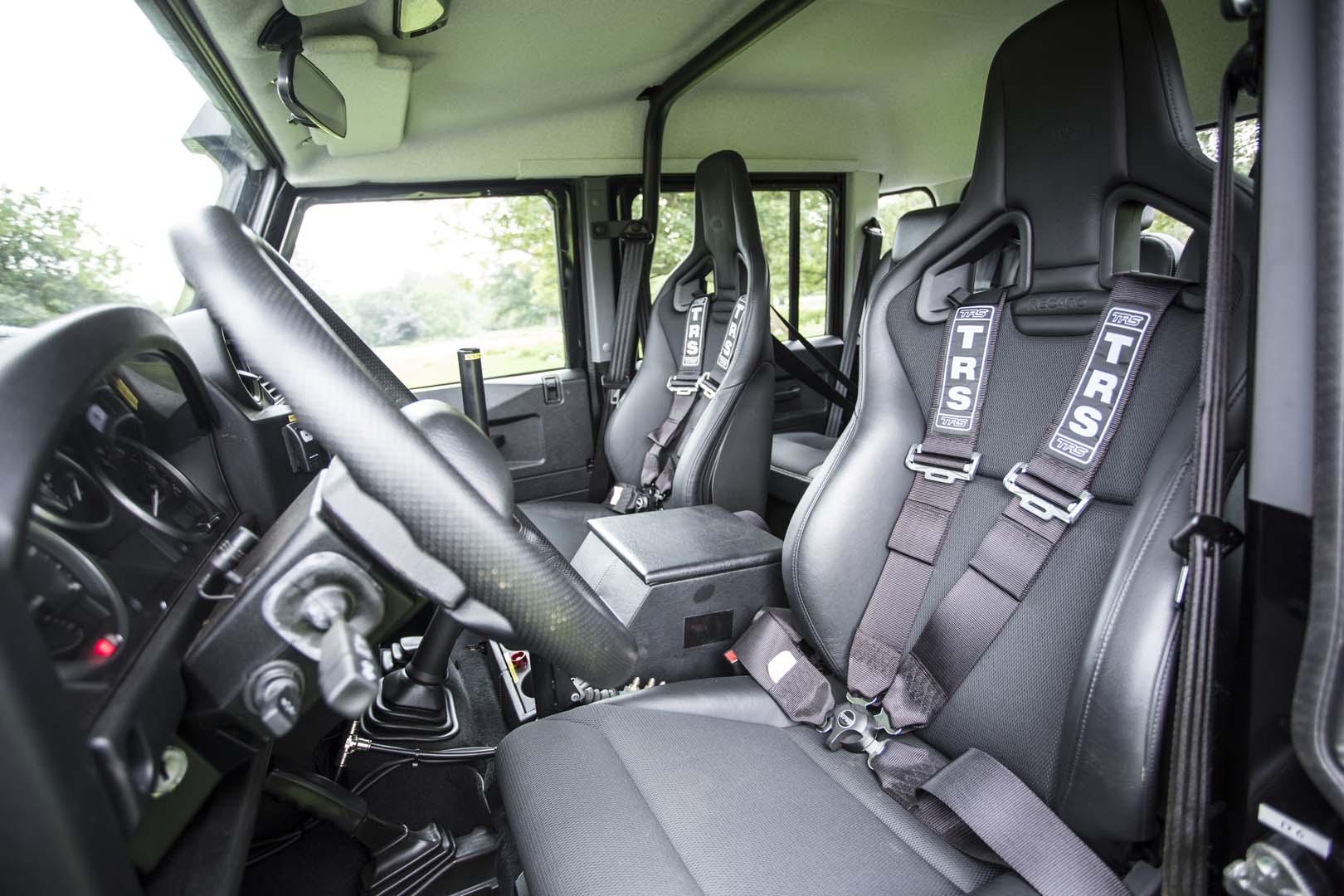 Starting with a Santorini Black Defender 110 dual cab, Bowler used their motorsport experience to boost the Defender’s standard 2.2lt turbo-diesel engine to 137kW and 500Nm; up from 91kW and 359Nm, respectively.

To the body, both internal and external rollcages were added, with the latter used to also mount LightFORCE auxiliary lighting and a roof rack.

The jumbo-sized 37-inch tyres are the biggest deviation from stock, though, and led to the ‘Bigfoot’ nickname for this creation. The tyres are actually Maxxis Trepadors and were chosen specifically for their performance in the deep snow where most of the scenes using these vehicles were shot.

With the same purpose in mind, the suspension was altered, too, with competition spec rose-joint linkages and Bilstein rally dampers fitted. 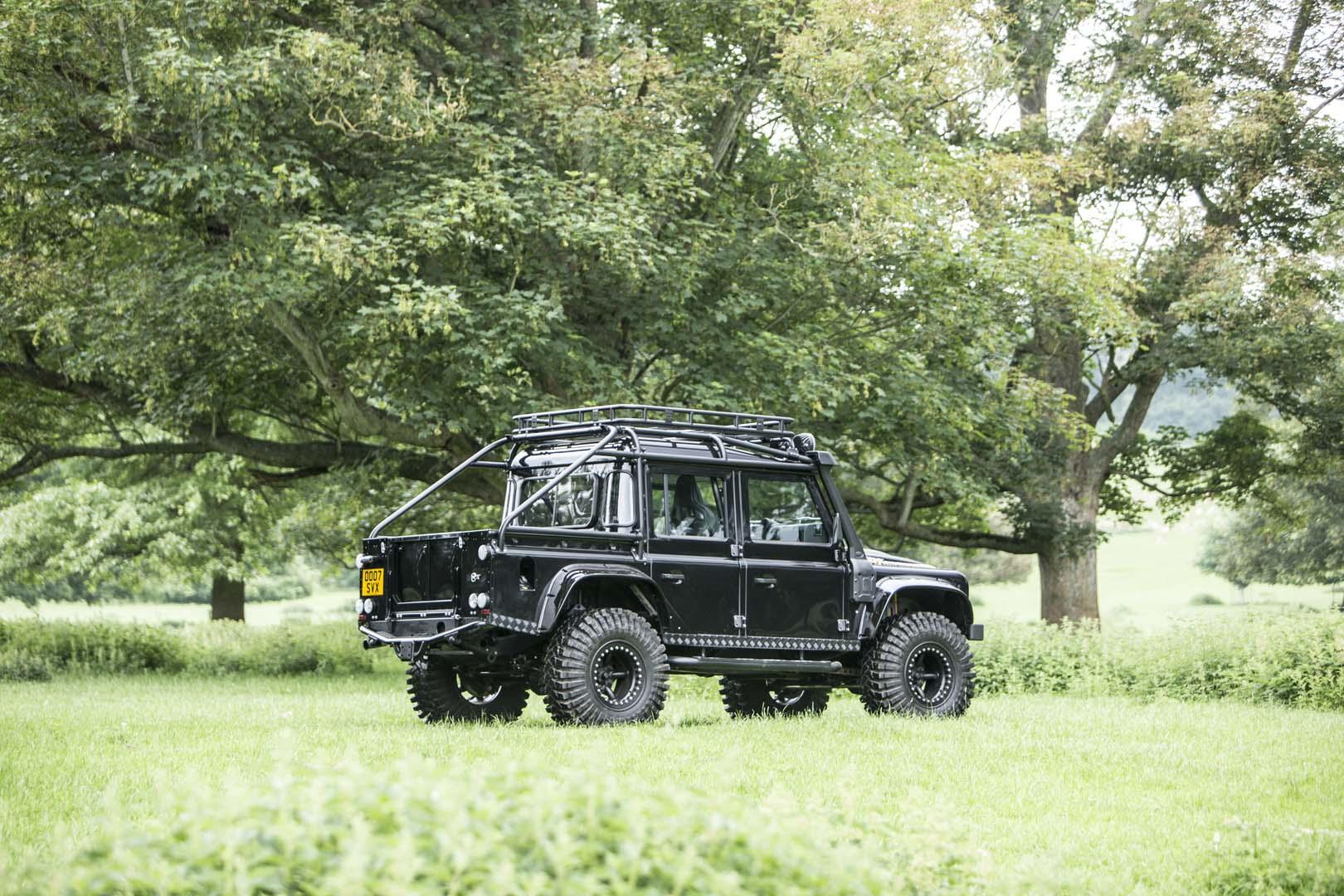 Rims are custom, too, but attach to the factory hubs, while the wheelarch flares are larger than standard to cover the jumbo-sized tyres. The lower sills wear checkerplate trim and a Defender accessory A-Frame protection bar with a Warn winch was added to the front end.

Inside, the front seats were replaced with race-spec Recaros and TRS 4-point harnesses, but most of the rest of the interior was unchanged. Exceptions include the oversized handbrake lever for stuntwork, fire suppression system and a few other safety inclusions.

Jaguar Land Rover called the finished item the ‘SVX’ and even badged it as such (reworking their own SVO logo), but it’s also become known as the ‘Spectre Defender’. 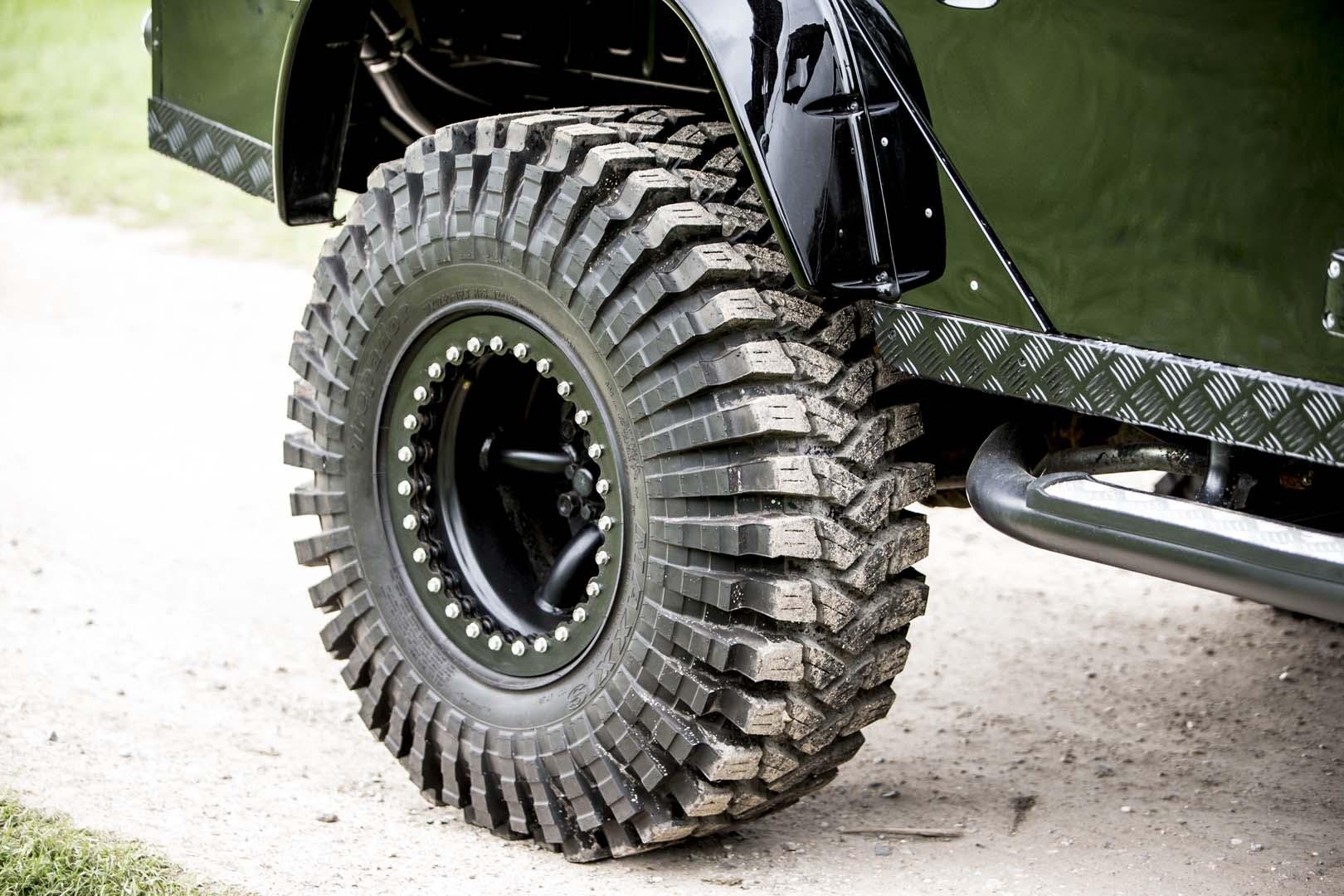 Of the ten Defender SVX vehicles built by Bowler and SVO, eight survived filming and went on to be displayed at various venues to promote the movie in 2015. After this, most were sold, which is why they’ve been appearing on the auction circuit of late.

The example featured here is rare on several counts. Firstly, it’s said to be one of the genuine movie-used stunt vehicles (some were reserved for promo use only) and allegedly even bears dents on the bonnet left by a stuntman.

Secondly, the mechanical handbrake system has been retained, when most were deactivated after filming. Finally, this example still wears the ‘SVX’ badges that were removed from most of the other Defenders. A plaque inside also carries the SVX tag.

This unit is also said to be the first one sold by Bowler after filming wrapped. As such, the first private owner had his pick of the survivors and chose this vehicle. 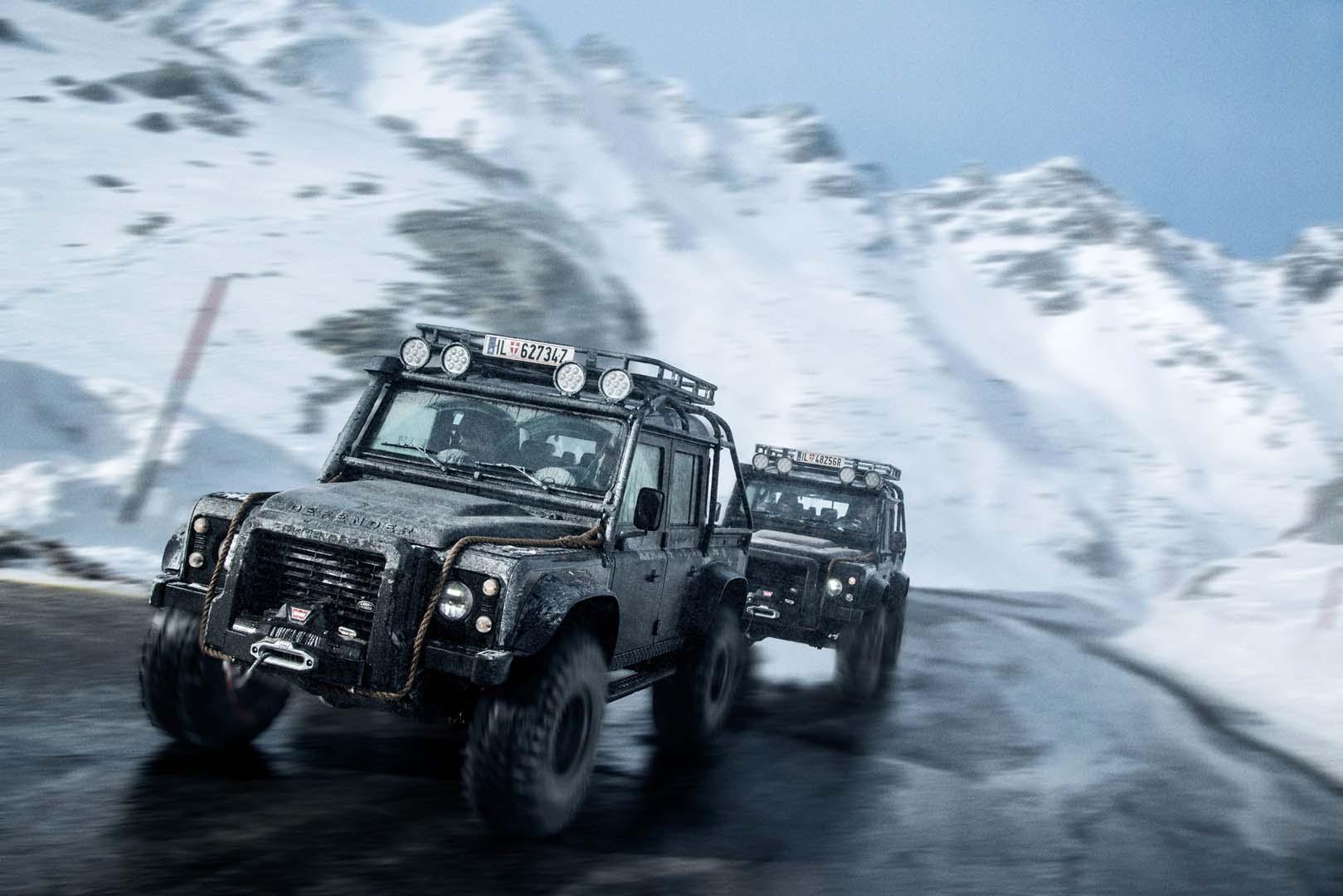 Last year, a near identical Defender SVX to this one was auctioned in London by RM Sothebys. That unit, another film car, but used in less dynamic scenes, sold for £230,000 (AU$370,000 approx.).

The Defender SVX featured here went to auction through Bonhams at their Goodwood Festival of Speed sale this past July. As it had been used more dynamically and carried more of the authentic features than the example auctioned last September, it offered a little more cachet 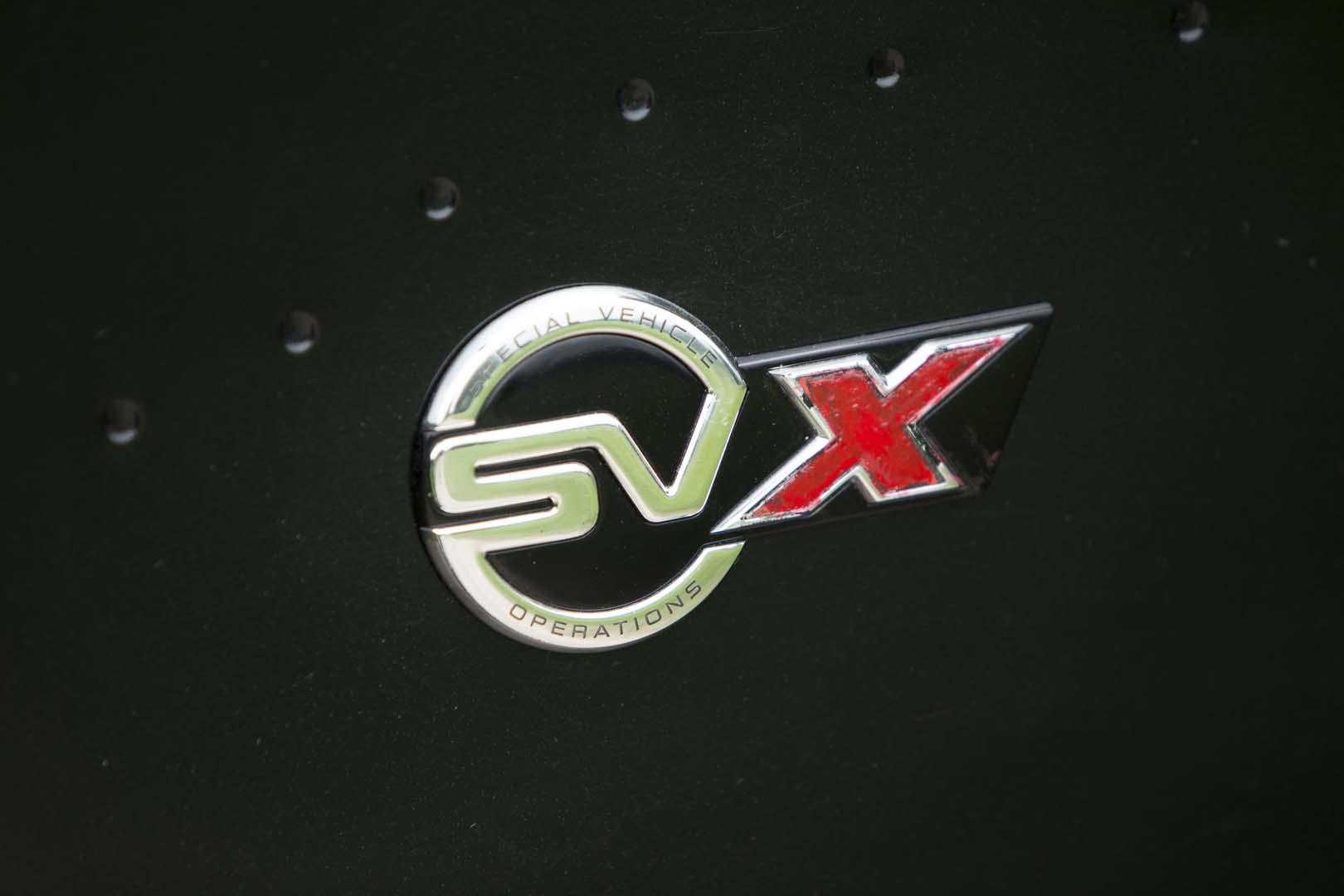 That price included UK documentation, an Austrian licence plate (presumably like the one these Defenders wore in Spectre), as well as very appropriate UK registration plates of O007 SVX.

The popularity of the Spectre Defender is reflected not only in the price this and the previous unit achieved at auction, but also in the fact that several replicas have been built, including one from UK company Brittle that was authentic right down to the Bowler-tuned engine.

Based on the two units sold so far, the prices for these heavy-duty and high-impact off-roaders looks to only be going up. Watch out for when the next one appears: a half-million-dollar Defender? It could happen! 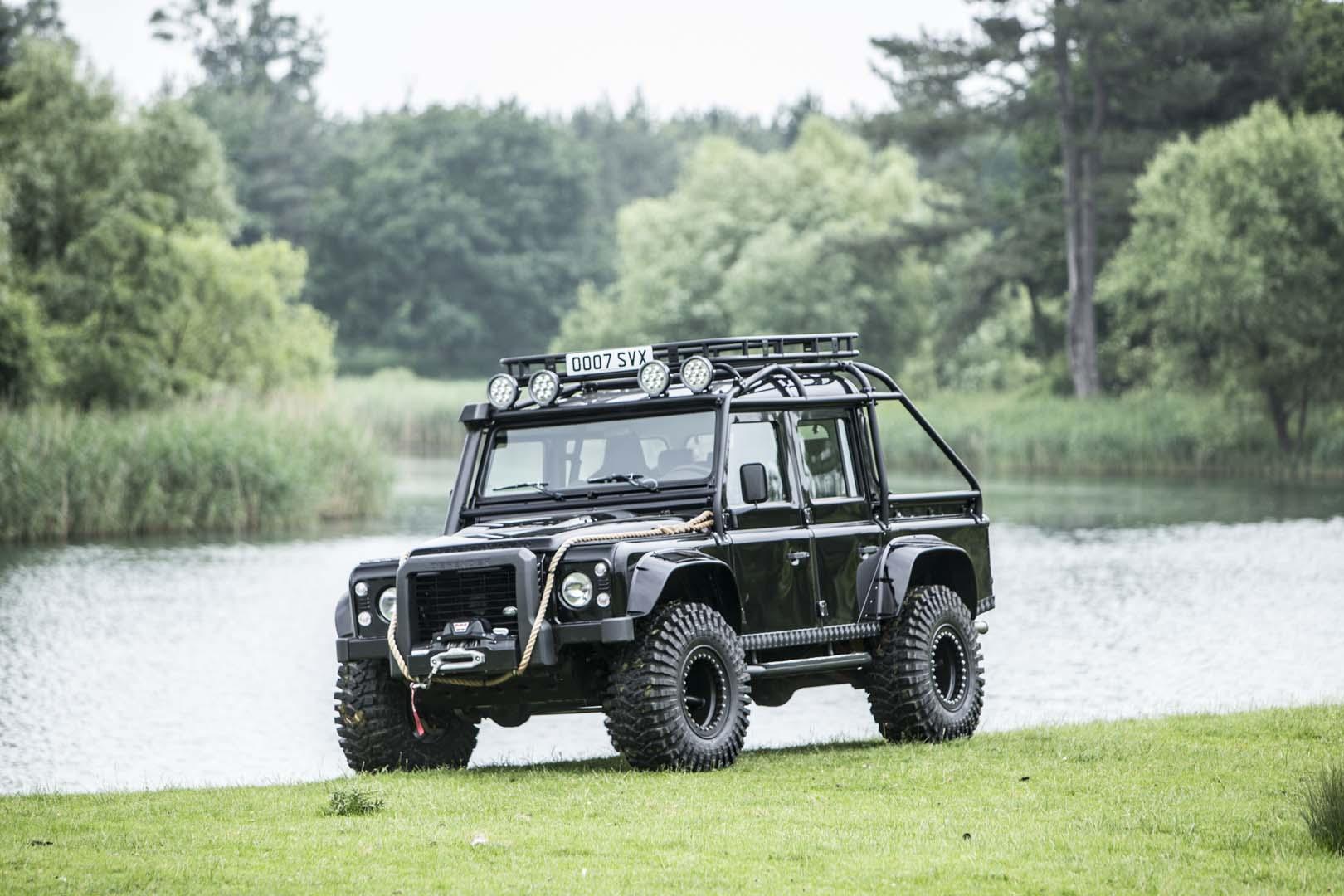