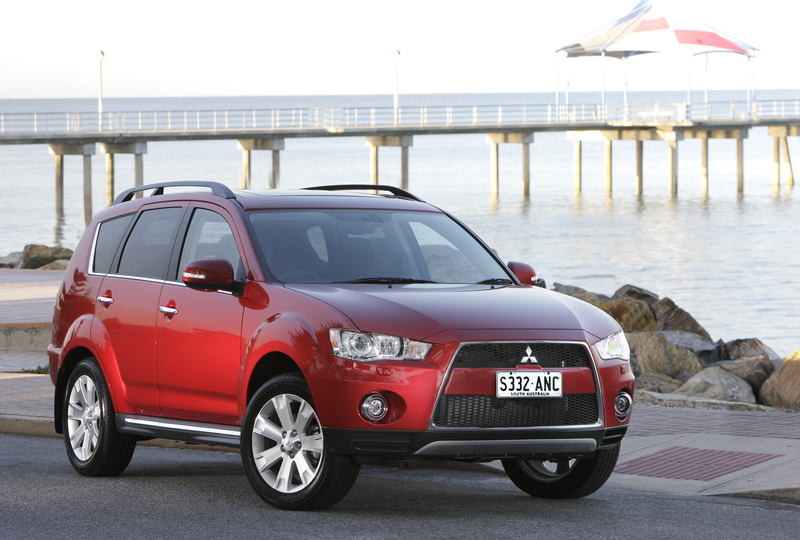 Given that the 2012 Outlander is largely unchanged from when its current look was released nearly six years ago, it's a pretty solid sales performance.

As we hadn't driven the $52,640 top-spec VRX for a few years, we decided to revisit it following some recent, if small, upgrades.

The car's alloy, single-overhead-cam, 24-valve V6 engine has variable valve timing and is good for 169kW of maximum power and peak torque of 291Nm.

Mitsubishi claims a combined fuel consumption at 10.4 litres/100km and after a week of varied driving conditions, this proved to be pretty spot-on.

The engine is mated with Mitsubishi's so-called "All-wheel control" system that incorporates the company's all-terrain technology and a four-wheel drive system.

The electronically controlled, on-demand all-wheel drive system is simple to engage and comes with active stability control. The system is coupled to an intelligent six-speed automatic transmission with 'sports- mode' sequential shifting. Adding to the fun are the sports-shifting paddles mounted behind the steering wheel. They are among the best designed on the market and a delight to use.

The AWD system's electronically controlled coupling allows the driver to change modes on the fly, switching from two to all-wheel drive at the turn of a dial mounted on the centre console. Under most conditions, you leave the Outlander in two-wheel drive and keep the fuel consumption as low as possible.

There are two all-wheel drive selection positions - a full-time AWD option and an automatic setting in which the vehicle instantly and cleverly directs torque to each of the individual four wheels according to their traction.

Active stability control is standard on the VRZ and stopping power comes from four-wheel disc brakes. The car's 18-inch alloy wheels are shod with 225/55R18 Bridgestone Dueler H/T rubber. The spare is a space-saver that is limited to 80km/h.

Other electronic driver aids include ABS brakes with electronic brake-force distribution and there are driver- and front-passenger airbags and side and curtain airbags.

The Outlander is a roomy car and rear-seat passengers have a generous 875mm of legroom. Maximum cargo space with the rear seats up is 1119 litres and this rises to a handy 2056 litres when they are folded away. Speaking of folding the seats away, the way this works in the Outlander is as good as anything on the market.

By holding down a button on either side of the rear-quarter-panel lining, the second-row seats' headrests retract, the seat backs fold down and the whole thing tumbles forward to give the car its huge cargo area.

The seats can also be tumbled forward manually by using a lever at the side of the seats and for sensible safety reasons, the system will not work unless a rear door or the tailgate are open.

The split tailgate itself is an excellent piece of design and the lower half lowers to floor level to make loading luggage or the groceries much easier. It can also take loads of up to 200kg when used as a seat or in helping to load heavy items.

The optional third-row seat is tucked away under the cargo floor when not in use. While it can take two pretty small children, it has all the comfort of a park bench. Certainly, you wouldn't want to use it for a long trip but it's adequate for short runs around town.

There are no fewer than nine cup and bottle holders and six of them are in the front seat for really thirsty drivers and front-seat passengers.

While the dashboard/instrument treatment is now looking a tad dates, it is easy to read and largely informative. The car has its share of hard plastic both on the dash, the centre console and the door trims but this is tempered somewhat by some nicely stitched leather on the glove box lid, the instrument binnacle and the top of the door trims.

While the steering wheel is height-adjustable, there is no read adjustment and this lets down the otherwise excellent driver ergonomics.

A new model expected next year is sure to be an impressive vehicle.

The VRX V6 is a capable cruiser and in four-wheel-drive mode it can still hold its own with anything in the class.
A real bonus for Outlander - and all Mitsubishi buyers for that matter - is the five-year/130,000km bumper-to-bumper or 10 year/160,000km non-transferrable drive-train warranty and five-years' roadside assistance. 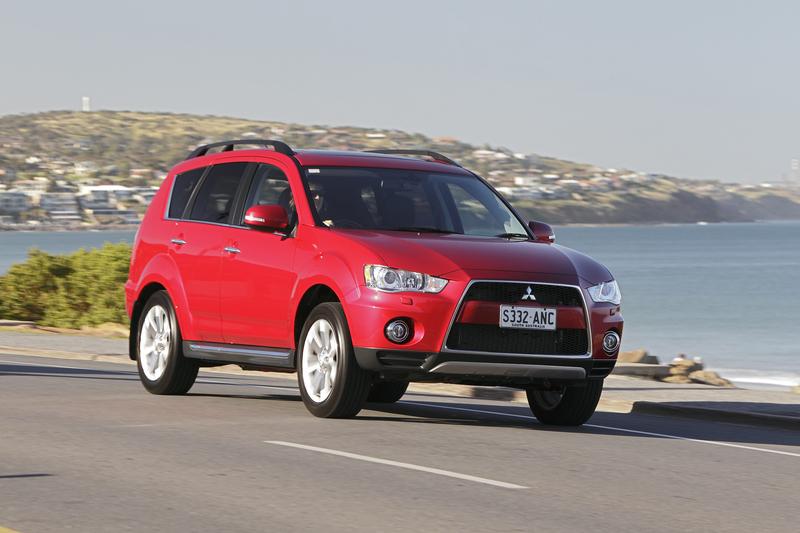 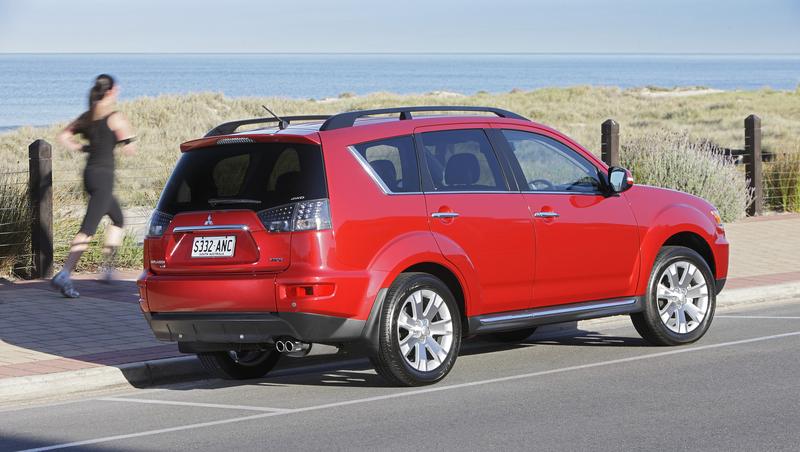 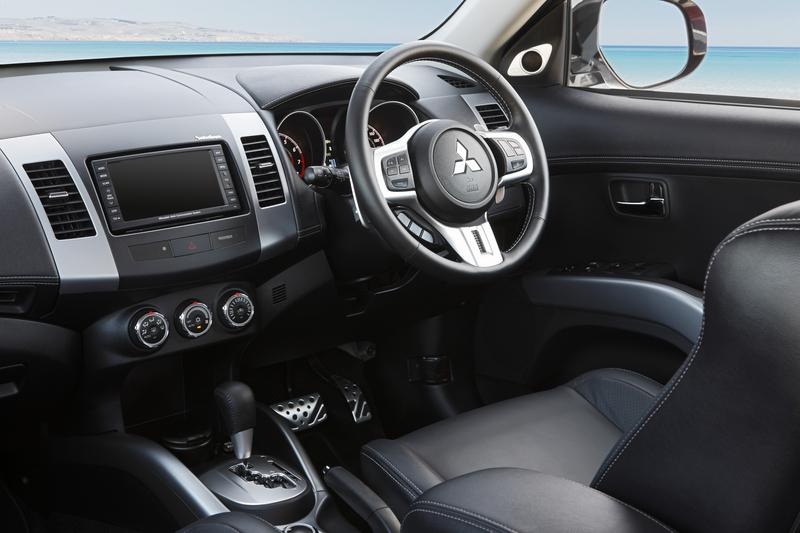