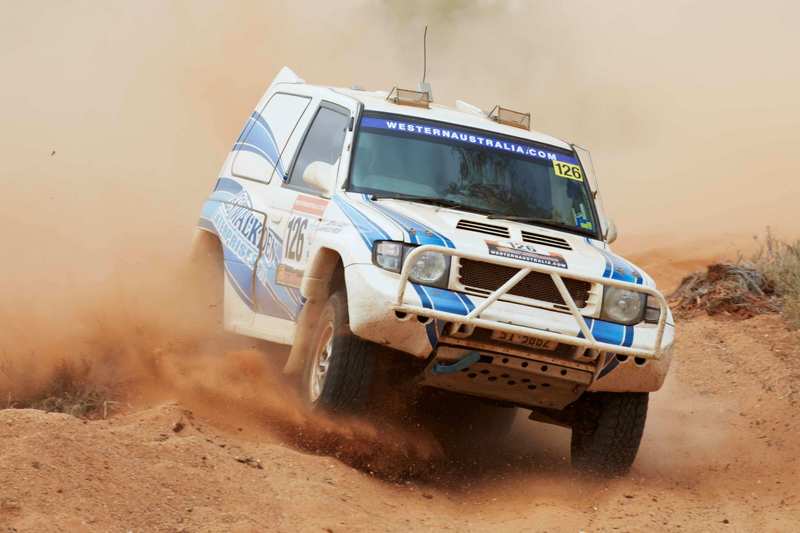 Fastest over the day's two stages, totalling 448kms, was the Mitsubishi Pajero of Geoff Olholm and Gordon Trigg.
At the end of five days of the 2012 Australasian Safari, John Hederics and Kees Weel in the Holden Colorado continue to hold a comfortable lead over Rob Herridge and Sam Hill's Subaru Forester, but the stars of the day were those who had been beset by mechanical problems earlier.

Fastest over the day's two stages, totalling 448kms, was the Mitsubishi Pajero of Geoff Olholm and Gordon Trigg. The Cairns Coconut Resort team finished the day 14 minutes ahead of the Venezuelan pair of Nunzio Coffaro and Daniele Meneses in their prototype Toyota Hilux

Olholm said the stage required intense concentration and navigational skill to get through unscathed.
"It was a bit sweaty on that 300km stage! It was the best stage we have ever driven. It was tough - à la Dakar. It was a brilliant stage."

Third overall on Leg 5, Hederics/Weel still hold a lead over just over an hour on the second placed Subaru Forester of Herridge/Hill. Given they're running a Production Class vehicle, the performance of Herridge is all the more impressive.

"There were a lot of gutters it was really rough and tough, we drove carefully to preserve the car, we backed off and consolidated," Hederics said of the team's cautious approach to Leg 5.

Reg Owen and Russel Cairns have held onto their third place gained yesterday after a solid drive in their Nissan Patrol. Owen said they enjoyed the day.
"The first stage was nice and rough, I had to stop twice to bolt up the exhaust but other than that we had a good run. It was a long second stage and I'm knackered but it's all good and the car is going great."

The Hercules Tires-sponsored Toyota Hilux of Wayne Park and Miles Newbon sits fourth overall, followed by the Murray Young/Paul McBean Pajero. Only five minutes separate Owen/Cairns and Park/Newbon, so expect to see some action as these crews battle for the final podium slot.

The penultimate leg of the Australasian Safari moves to Jimba Jimba Station, Winderie Station, Wooramel River and Hamelin on the coast between Carnarvon and Kalbarri and then south to the Murchison River, finishing in Kalbarri. The 431kms of competitive stages includes red dunes, fences, saltbush flats, river crossings and typical rough outback station roads.

For more information and full results from the 2012 Australasian Safari, visit www.australasiansafari.com.au. 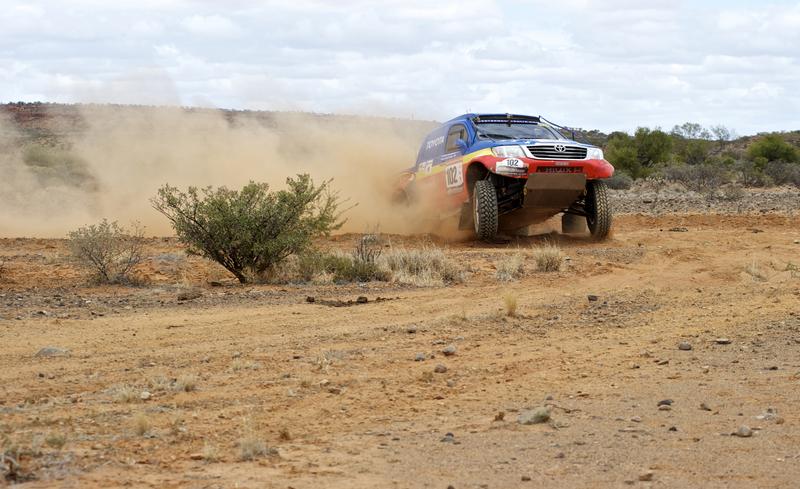 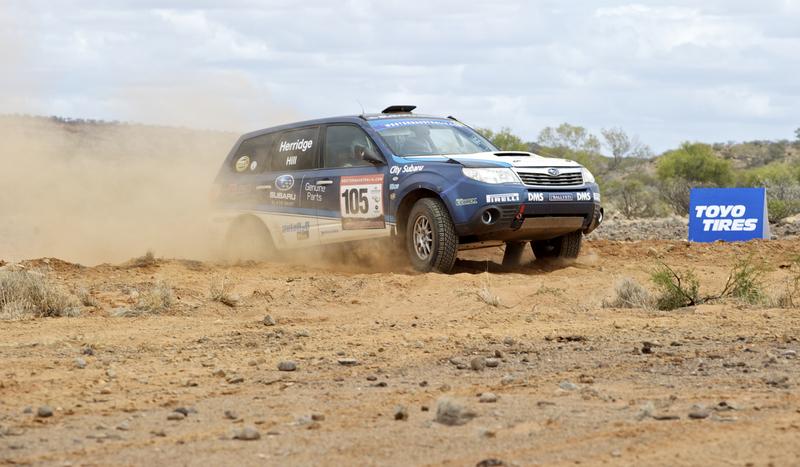 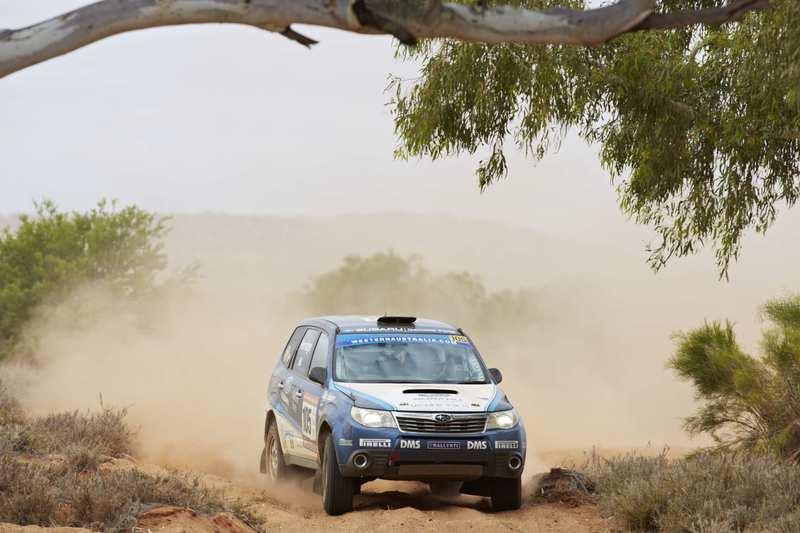 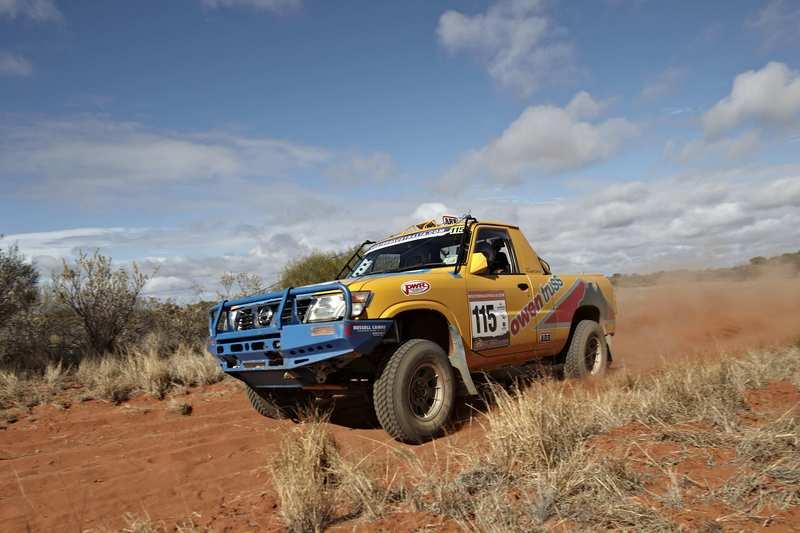 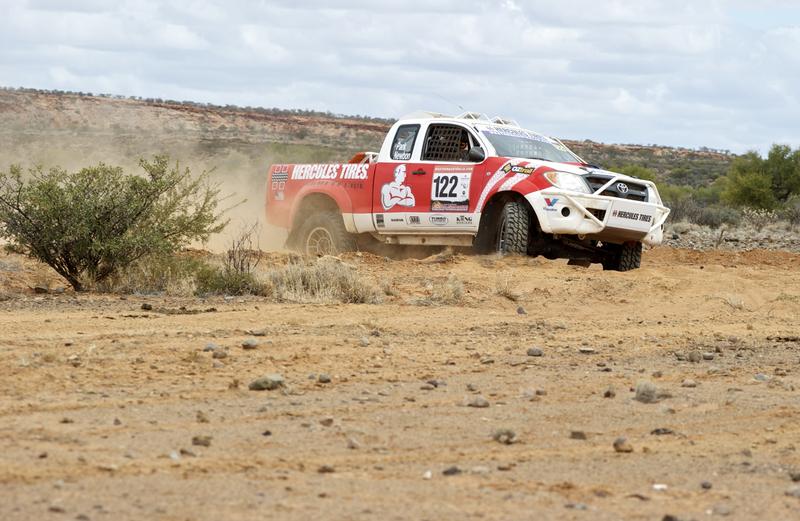