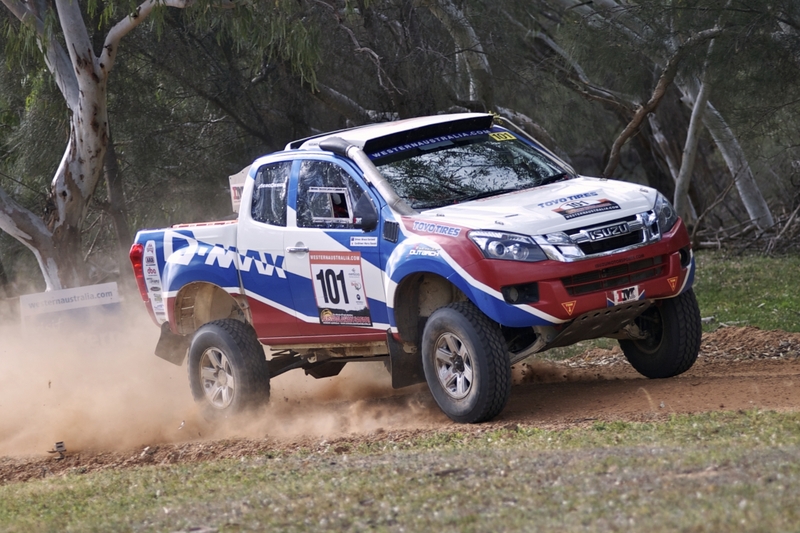 With an eye on the 2013 Dakar, and not wanting to risk further damage on a Safari they were now highly unlikely to win, Garland and co-driver Harry Suzuki elected to withdraw from the competition.

"We had a bit of a team discussion about it, and decided we had to withdraw," a pragmatic Garland said. "It's my 16th Safari and only the second time I've DNF'd so I really don't like pulling out.

"Normally we'd try to fix it and keep going, but the sad fact is that Dakar has to be the priority. The car is due to be on a boat and heading overseas in 10 days' time and we couldn't risk a half-repair job and end up doing more damage.

"Obviously it's disappointing, beyond disappointing. We love this event and we wanted a good result. We're still helping the other D-MAX crews so we're not just packing up our tents and disappearing, but we'll work everything out tonight."

Garland was joined on the Leg 2 retirement list by Venezuela's Nunzio Coffaro in the Toyota Hilux, Kerry Turley in the Nissan Patrol, Garry Connell in the Polaris buggy, and Des Harrington in the Nissan Patrol. All four teams will be eligible to restart the Safari at Leg 3, should they choose to do so, but will incur a 12 hour time penalty.

Better news for Safari stalwarts Geoff Olholm in the Mitsubishi Pajero and John Hederics in the Holden Colorado, who picked up from yesterday's solid start to finish Leg 2 in first and second respectively. In the overall, the Olholm/Trigg Cairns Coconut Racing Team enjoy a narrow lead of less than four minutes over the Holden of Hederics & Weel. Given the attrition that marked Leg 2, Olholm said they had a good fun day.

"We started the second stage and got in front of Hedgie (John Hederics), we got lost for about 30 seconds and then he got in front of us and we were chasing each other for a while, it was good fun.

"The car is going great and we didn't have any problems. We are not pushing too hard," Olholm added.

Tomorrow will see competitors tackling three stages and 410km of what is tipped to be the most spectacular stage of the event in one of Western Australia's most extraordinary locations- taking competitors through Quobba and Gnaraloo Stations, on to the tip of the famous Ningaloo Reef, where there will be river crossings, stunning beach runs, sand dunes and twisting station tracks. 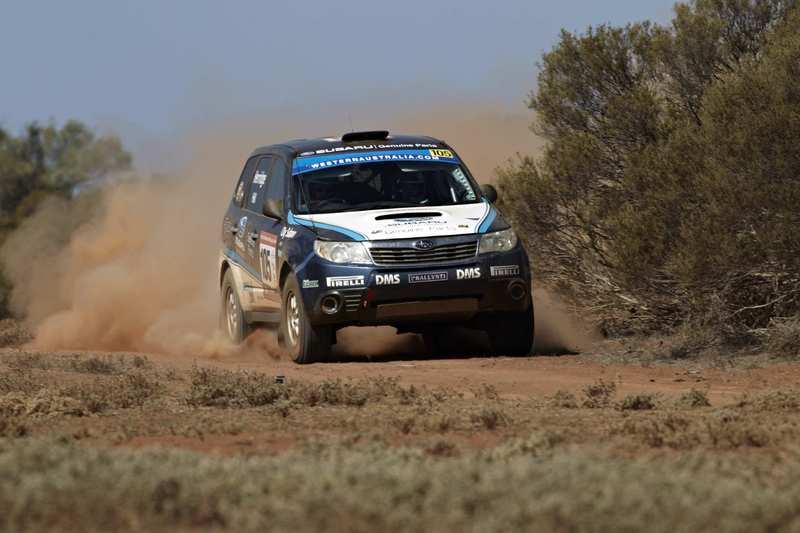 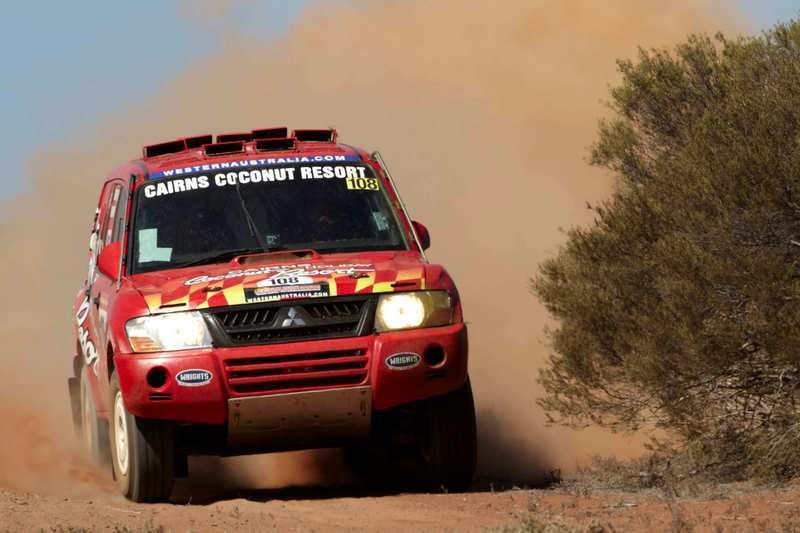 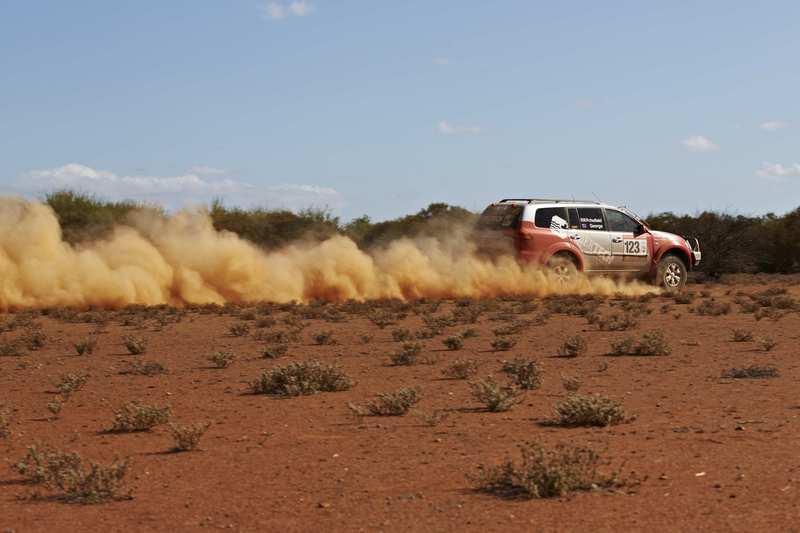 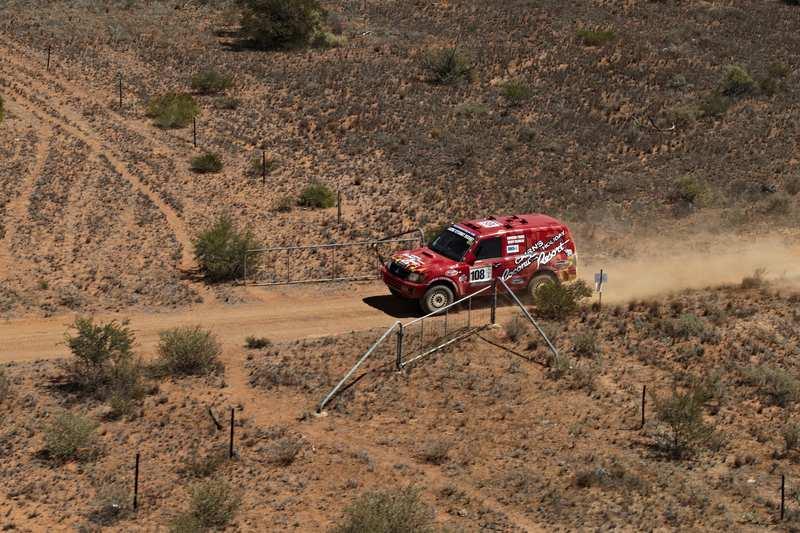 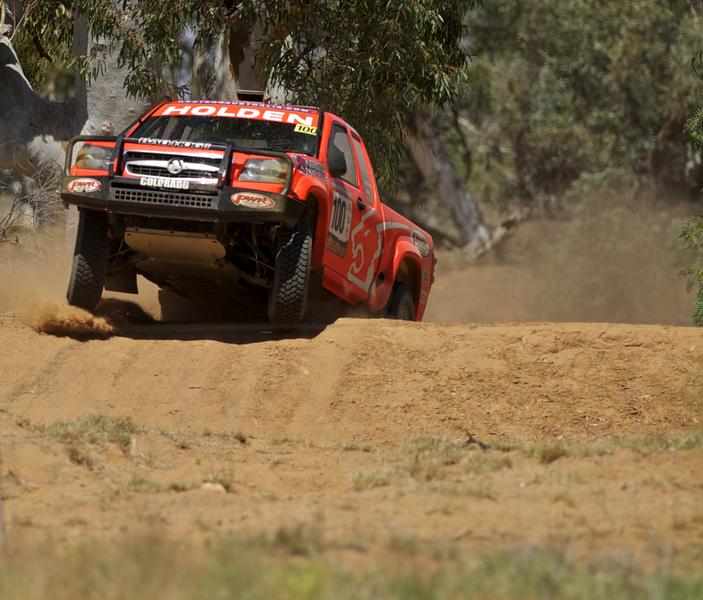