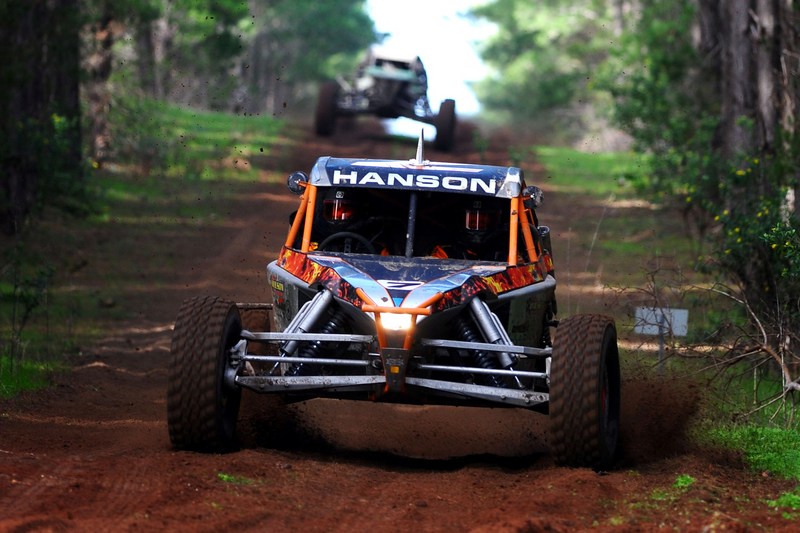 The win wasn't without some drama, though. Hanson/Wells suffered a rollover in the #7 SMU Jimco during Saturday afternoon's top ten shoot out, but recovered to take charge of the six lap race through the Tantanoola Pine Forest on Sunday morning
Matt Hanson and Leigh Wells have stormed home to take their maiden AORC round victory at the Teagle Excavations ARB Pines Enduro, round 3 of the 2012 Australian Off Road Championship, which was held at Millicent, South Australia on the weekend of September 8 - 9.

The win wasn't without some drama, though. Hanson/Wells suffered a rollover in the #7 SMU Jimco during Saturday afternoon's top ten shoot out, but recovered to take charge of the six lap race through the Tantanoola Pine Forest on Sunday morning. With conditions perfect for racing, Hanson and Wells unleashed the power of their twin turbo V6 buggy to greet the chequered flag in a time of 3 hours 35min and 36 seconds to win the 390km long, Teagle Excavations ARB Pines Enduro.

"After the drama of Sea Lake where we initially thought we had won and ended up second and the problems at Gundy, to actually win one was great. The car ran faultlessly this weekend and we are really pumped. I've been racing since I was 12 years old and as a kid I've dreamt of winning one and to do it on what I would consider my home track it is awesome," said Hanson at the finish line.

Behind Hanson/Wells, Matt Coleman and Shawn Teagle brought their class-leading form to the Pines, putting in a rock solid performance to finish second outright by six minutes in the #55 V8 powered Alpha. Third outright was the #21 twin turbo V6 Jimco of Mark Burrows, who had a new navigator, Sean Ratcliffe, alongside for this round. Burrows started on the front row of the grid, next to Garry Turnbull on Sunday morning, however brake issues forced him into the pits at the end of the first lap. He rejoined the race in 42nd place, and over the next five laps, charged through the field to lock down the final podium position.

Challenging Burrows for third at the business end of the race was Gerald Reid and Aaron Saliba in the #39 Later Engineering Pro Buggy. After starting just outside the top ten, Reid had moved into podium contention with one lap remaining. However, a gentle roll over within sight of the finish line cost the New South Welshman vital minutes while the recovery team put the buggy back on all four wheels. This left Reid stranded in fourth, two minutes and nineteen seconds behind Burrows.

In Prolite, Andrew Mowles drove his #135 single seat Razorback to the class win and fifth outright, after a close battle with the #22 Pro Buggy of Tasmanian, Scott Rockliff, who finished in sixth. Danny Brown and George Apted made a successful return to the Pines, taking the Extreme 2WD Class win and seventh outright in their #442 Nissan Titan Trophy Truck. Geoff and Liz Roe were second in class and 12th outright in their #409 Geiser Bros Chev. Greg Campbell and Billy Bastian continued their good form in the #475 Porsche to take third in class.

Jason Coombe and Daniel Lamb were the first locals home, nailing down eighth outright in the #76 Chev V8 powered buggy. A pair of 3500cc naturally-aspirated Prolite buggies rounded out the top ten - the #130 Alumicraft of Matt Owen and Adam O'Connor followed by the #138 Chenowth of Tony Fehlhaber and Gary Howell.

Amongst the Super 1650s, it was Darryl Smith and Michael Matthews who took the class honours in their Toyota 4AGE-powered #201 Alumicraft buggy. The reigning class champs lost third gear during the prologue reconnaissance on Saturday, but managed to hold off Price (#227) and Adams (#274) for the class win.

The Teagle Excavations ARB Pines Enduro attracted a strong line up in both the Product and Extreme 4WD Classes, which produced some exciting racing amongst the tree-lined forest tracks. In the Extreme 4WD category, Luke Hall and Scott Sage's V8-powered #810 GQ Patrol took the class win, crossing the line with blown rear tyre after a collision with a buggy in the dying stages. Bowman and Hardiman (#833 Aus4wd Patrol) had an equally tough path on their way to second in class after an in-cab fire and a freewheeling hub failure threatened to end their campaign altogether. New Zealand's Raana Horan showcased the potential of his #899 4WD Nissan Titan early in the event, pushing the Big Black Motorsport truck into second outright by the end of the first lap before it suffered terminal gearbox failure

In the Production 4WD category, Rob Chapman and Ross Challacombe kept their #703 Mitsubishi Triton ahead of fellow Queensland competitors, Michael and Linda Topfer (#722) and Geoff Pickering and Dylan Watson (#701) to take the class win. Bernie Clohesy and Kim Stacey kept the flag flying for Mitsubishi in the Performance 2WD class, taking the win in their #570 V8 Triton ahead of Gould and Haywood's #522 Rodeo and the #544 HQ Holden of Smith and Vearing.

Attrition once again played its hand at the Teagle Excavations ARB Pines Enduro, with only twenty seven of the seventy-five starters completed all six laps through the Tantanoola Forest. The most notable casualty was Aaron Haby, who exited the race after lap four with engine dramas. Earlier, Haby had been going toe to toe with Hanson for the outright lead.

Hanson's win puts him at the top of the leader board heading into the final round of the 2012 Australian Off Road Championship, the 'Lockyer Valley 300', held in South East Queensland on the 9th - 11th November. Full results and further details are available at www.offroadracing.com.au 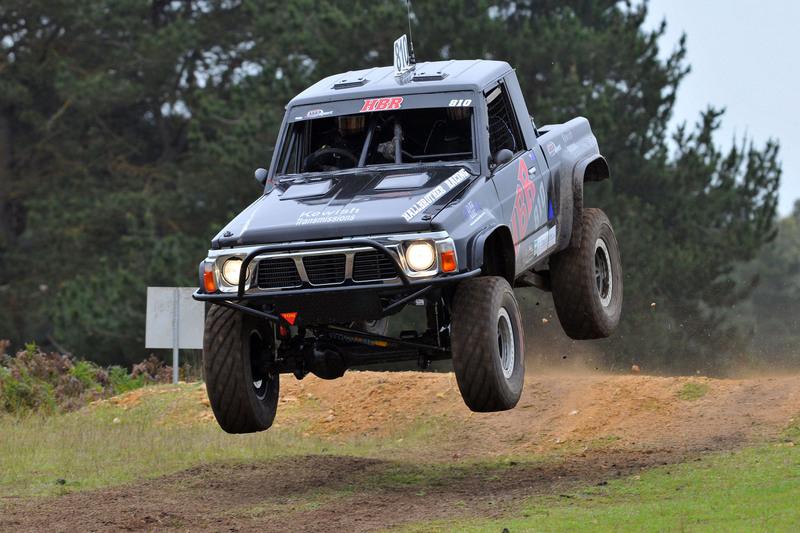 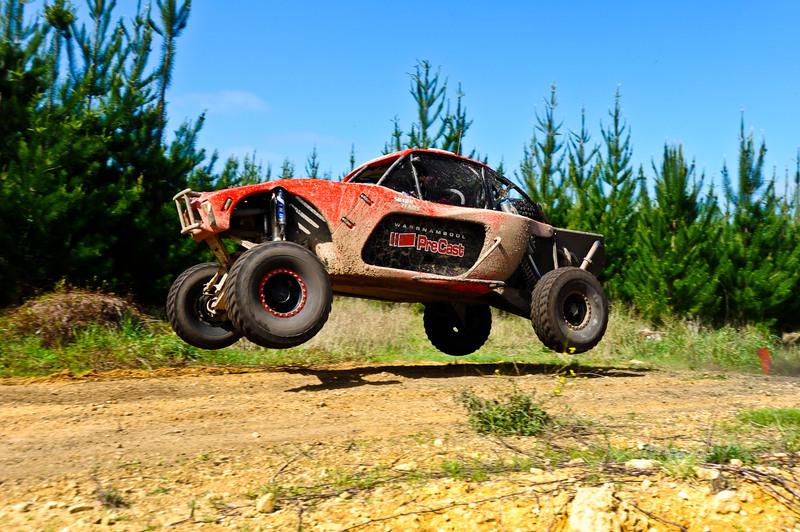