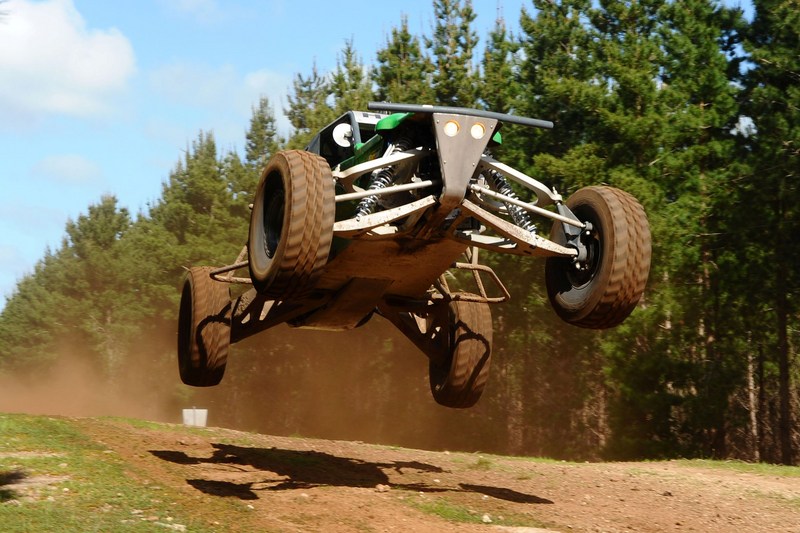 Saturday, September 8
Saturday promises to be an action packed afternoon of offroad racing at Teagle's Quarry, located on the Princes Hwy at the edge of Millicent. At 12.30PM, the buggies, trucks and 4WDs fire up their engines for the first time and get down to business in the prologue to determine the starting order. The stadium-style arena has proven to be a favourite with the spectators in previous years, as Australia's leading offroad racers launch their high octane machinery over the jumps and slide through the bends.

After the prologue, the "Top Ten Shootout" traditionally sees the lap times tumble, as the outright contenders hit the track again to take a final lunge at pole position. On its completion the quickest 4 race cars in each class (excluding those in the top ten) roll on to the starting grid for a two lap door to door blast around the arena in the "Dash for Cash", a spectacle that is not to be missed.

Saturday afternoon also provides the rare opportunity for one lucky spectator to pull on a helmet, tighten up the seat belts and go for a hot lap of Teagle's Quarry alongside Matt Hanson in his twin turbo V6 powered SMU Jimco A-Arm race car. To win the ride of their life, the spectator just needs to find the lucky spot in their event program.

Sunday, September 9
On Sunday morning a new challenge greets the offroaders, as the wide open spaces of Teagle's Quarry give way to the tall pines of the Tantanoola State Forest. The six laps of the 65km course will be broken into three 2-lap sections, with a half hour service interval inbetween. The action kicks off at 8:30AM with a two-at-a-time drag race out of Teagle's Quarry and into the pine forests. Drivers will have to walk the tightrope of speed and endurance as the race progresses to join the likes of Shannon Rentsch and David Fellows as winners of the Teagle Excavations ARB Pines Enduro.

Heading into round 3 of the championship, the leaderboard has been blown wide open with Brad Prout taking the outright win at the MBL SeaLake Mallee Rally season opener, with Brad Gallard taking the honours at the Albins Goondiwindi 400 in August. Four different drivers filled the rest of the podium at these two events, making a good performance at the Pines imperative for the championship contenders.

Leading the charge amongst the 80 strong field will be Matt Hanson and Leigh Wells, who will be returning to the Pines with the aim of completing some unfinished business in the #7 SMU Jimco. The pair led the race in 2011 until overheating issues ended their assault. After a narrow defeat at SeaLake, Hanson & Wells are hungry for their first round win.

Aaron Haby will be looking to recapture the form that took him to second outright at the Pines Enduro in 2011 in his single seat Element Racing A-Arm. The pressure will also be on at the front from the talent-packed Pro class with Matt Coleman and Shawn Teagle looking to bring their Finke Desert Race form to the pine forests, with Mark Burrows, Terry Rose, Nev Taylor and Joe Bulmer all on fire this season.

The 3500cc Prolite drivers have continued to prove they can mix it with their big brothers at recent events. After finishing third outright at the opening round of the season, Lindsay Foster leads an all-star Prolite line up which includes the Milbrodale Mountain Class winner, Matt Martin and reigning class champ Aaron James. Matt Owen, Andrew McClelland and Andrew Mowles will continue to be some of the pacesetters.

The Super 1650 class will feature a good mix of local and interstate talent, with reigning class champ and Alumicraft pilot, Darryl Smith, facing off with the Razorback of Queensland's Jared Melville and Cougar pilot Russell Hartnett. Peter Stevenson will lead the local charge in his Toyota powered Rivmasta, and Murray England will be looking for a result in his Sportsman buggy.

The big trucks have continued to lift their pace during 2012, with top results at Goondiwindi, Sea Lake and Finke. Chris Western, Greg Gartner, Danny Brown, Byron Murfett, Geoff Roe and company will be hot on the heels of the Proclass buggies and will add some stadium style racing excitement to Saturday afternoon's 'Dash for Cash'. Greg Campbell will be unleashing his trademark red Porsche in a David and Goliath battle with the trucks, while in the Performance 2WD category, the likes of Loader, Gould, Michelson, Clohesy and Bowden will compete fiercely for class honours.

The Production 4WD Class is currently dominated by Queenslanders, with Rob Chapman, Mike Topfer, Evan Burns and Geoff Pickering all making the trip south with their Mitsubishis. Andy Fox, Thomas Garner and Darran Vanderwoude will fly the flag for those south of the border. The Extreme 4WD Class will once again be headlined by the battle between New Zealand's Raana Horan and Victoria's Sandy Bowman, with Clayton Chapman and Colin Hunter will be on a mission to regain some ground on their compatriots.

The final round of the 2012 Australian Off Road Championship will be the Lockyer Valley 300 in South East Queensland on the 9th - 11th November. 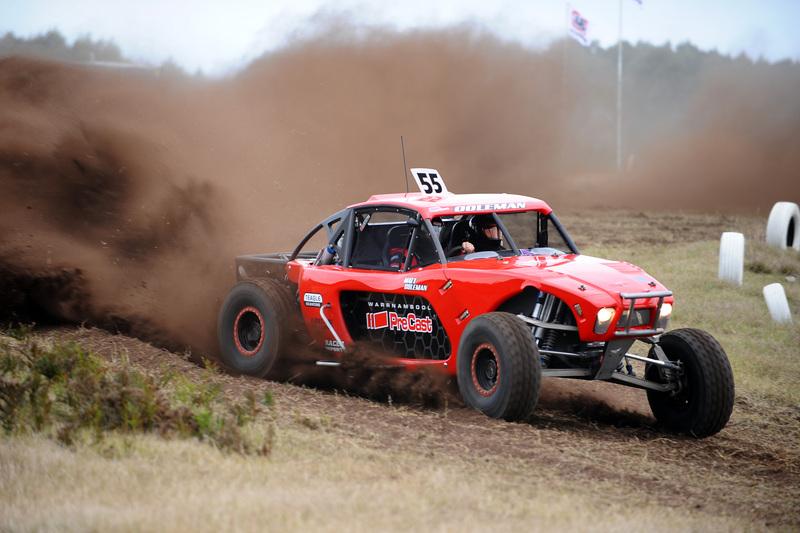 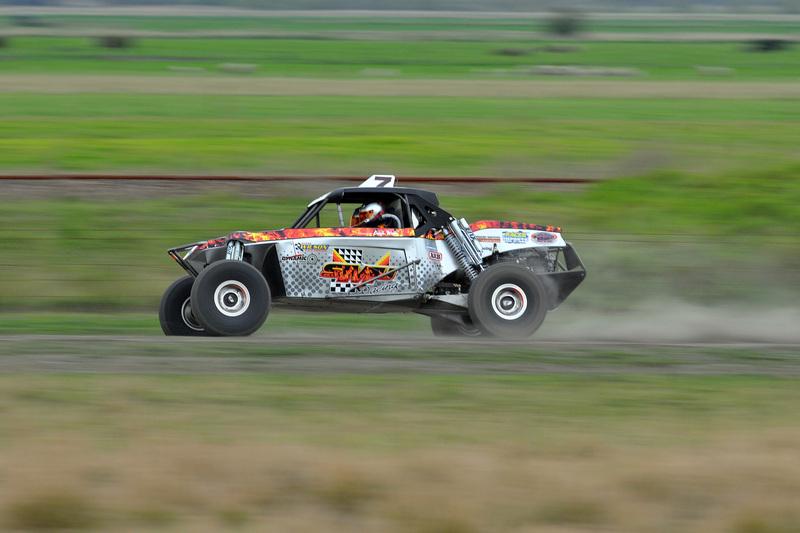