Following cancellation of the round in the past couple of seasons due to excessive rain, this year's Goondi 400 has been brought forward in the AORC calendar from its normal October date to break the "offroad racing drought" in the border town
Australia's leading offroad racers will launch into Queensland on August 3-5, for round two of the Australian Off Road Championship - the Albins Offroad Goondiwindi 400.

Following cancellation of the round in the past couple of seasons due to excessive rain, this year's Goondi 400 has been brought forward in the AORC calendar from its normal October date to break the "offroad racing drought" in the border town. So far, very little rain has fallen on one of the most exciting natural terrain courses on the AORC calendar, and the Goondwindi Motorsport Club members are confident the track is the best it has ever been in the lead up to the race.

The new date has attracted a bumper field of 72 entries, spread across seven classes, with the teams eager to unleash their machinery on the 400km race for the first time since 2009. Leading the charge will be the #9 V8 powered single seat Jimco of Brad Prout. After taking a slender 17 second victory over the #7 twin turbo V6 Jimco of Matt Hanson and Leigh Wells at AORC round 1 at SeaLake in Victoria, the pair's close rivalry is certain to continue in Queensland. However the pressure will be on from all angles at the top of the leaderboard with 22 Pro Buggies including Matt Coleman, Buddy Crowe, Bryce Chapman and Ryan Taylor all vying for the top spot. While the 14 Prolites and 6 Extreme 2WD's, headlined by Finke winner Brad Gallard in the #454 Monster Energy Trophy Truck, will also be looking to make their mark on the championship at Goondiwindi.

The 4WD Classes continue to be well supported at Queensland rounds, with seven entries in the Production 4WD class and eleven in Extreme 4WD category. This event will also feature three female drivers, all competing within the 4WD classes. Leila Chapman returns to Gundy in her turbocharged #835 Pajero with daughter Larissa alongside, while Nicole Melville and Emma Chapman have entered the #791 Mitsubishi Pajero and Amy Perrett takes the wheel of the #770 Patrol for her first crack at the famous melon holes.

The Goondiwindi Motorsport Association is proud the event is not only part of the AORC but also the fourth round of the Queensland Off Road Championship. The event is currently the longest established Queensland round on the calendar and has continued to be well supported, with 38 of the 72 entries Queensland based teams. 2011 Queensland Drivers Series winner Evan Burns returns in his short wheel based Pajero, while reigning Queensland Offroad Champion, Bryce Chapman heads north from his Tamworth base in the #58 Runamuck Jimco to start his title defence.

The Albins Offroad Goondiwindi 400 will launch at the Goondiwindi Showgrounds from 4pm on Friday, August 3, with scrutineering and a show and shine until 8pm. Racing commences on Saturday morning 20 km from Goondiwindi at Lofty's Lair just off the Cunningham Hwy. The venue provides an unrivalled perspective of Malypunyah Run, one of the most exciting pieces of offroad racetrack on the planet. With live commentary and refreshments on sale, spectators will be able to sit back and watch the race for the championship unfold.
The green flag will drop at 10.30am on Saturday, August 4, for the Prologue and ARB Top Ten Shoot Out before the big desert racers stretch their legs that afternoon with one lap of the long course. Racing kicks off again at 8am on Sunday, August 5, which will see the race cars tackle another 4 laps of the 80km course. 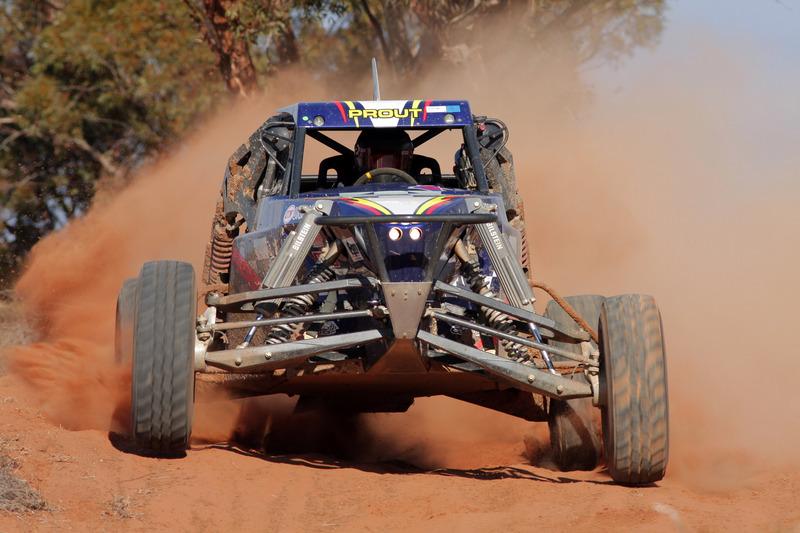 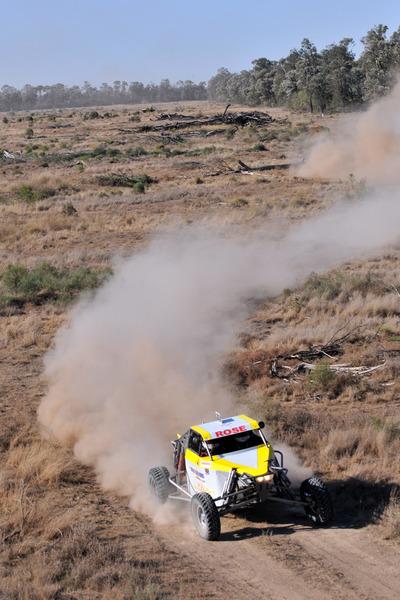