In its return to the AORC, Sea Lake attracted an impressive field of over 110 entries for the event on Sunday, June 10
The 2012 Australian Off Road Championship kicked off over the Queen's Birthday weekend, with the 39th running of the MBL Sea Lake Mallee Rally in north-west Victoria.

In its return to the AORC, Sea Lake attracted an impressive field of over 110 entries for the event on Sunday, June 10. The course was a challenging one, consisting of five laps, each of 85 kms, around Lake Tyrell near the Mallee town of Sea Lake. At the end of the day, only 36 of the original starters had managed to complete the course, with Brad Prout in the #9 single seat Jimco claiming the overall victory.

Prout's maiden AORC round win was a close one, his 3:35:40.92 race time just 17 seconds ahead of Matt Hanson and Leigh Wells in the #7 SMU Jimco. At the conclusion of the event, a relieved Brad Prout was happy to have finally taken his first AORC win after challenging at the front for a number of years.
"It is great to finally have my first win. The track was fantastic, much better than I thought it was going to be after reconnaissance yesterday" commented Prout. "The car ran perfectly and the team did a great job, so we look forward to Goondiwindi".

Hanson and Wells had started the day 30 seconds ahead of Prout and finished the race first on the road. However, earlier in the day Prout had stopped to assist fellow racer Aaron Haby, whose car had an engine bay fire. For this, Prout was awarded a 2 minute compassionate time deduction, which swept him to the head of the field, leaving Hanson's SMU Racing team agonizingly close to taking the outright win.

Completing the victory dais was the #178 Prolite Jimco of Lindsay Foster and James Lochert. Foster had trailed Matt Owen in his Alumicraft Prolite for much of the day, but when a broken axle ended Owens' charge on the final lap, Foster stepped up, holding off Horan to take third outright and the Prolite class win. After dicing with Foster for much of the day, Sea Lake locals Andrew McClelland & Murray Mott locked down second in the Prolite class, ahead of the single seater of Rob Cowie in third.

In their first race on Australian soil, the Auckland based team of Raana Horan and Mike Connor charged from 11th on the grid to fourth outright, in the Big Black Motorsport V8 Nissan Titan. The Kiwis were also rewarded with the Extreme 4WD Class win, finishing 8 minutes ahead of Clayton Chapman's Pajero and Sandy Bowman's 6 litre V8 GQ Patrol.

Early Super 1650 pace-setters, Alistair & Andrew McClelland, were looking to put their local knowledge to good use at Sea Lake, but front end failure put an early end to their day. Their closest challenger, Peter & Jake Stevenson retired after a roll-over, leaving the ever-consistent Darryl Smith & Michael Matthews in the #201 Choices Alumicraft to finish the event first in class and 19th outright. Taking second in class in the ex-Matt Owen Cougar was the Queensland entry of Russell & Judy Hartnett. Finishing just 1:34 behind Hartnett was the #202 Razorback of Jared Melville & Michael Marson.

The sole Australian Off Road Championship entry in the Sportsman class was reigning 2011 champion Murray England, with son Jake in the navigator's seat. Unfortunately, it wasn't a happy day for the team, with front end failure ending their charge on lap three. This left Victorians Dean Williams & Scott McInnes, competing in the Victorian Off Road Championship component of the event to take the Sportsman class victory in their Southern Cross, ahead of the class's fastest qualifiers, Glenn & Rohan Hollis. Laurie and Steven Penpraze took third place.

After being the early pacesetters in the Performance 2WD class, locals Bernie Clohesy & Kim Stacey had their day end prematurely when the torque convertor on their Triton failed. As the rest of the field also withdrew with mechanical issues, the South Australian team of Scott Gould & Matt Heywood in their Chev-powered Holden were the only Performance 2WD competitors to make the full distance, a great show of reliability and speed.

Teams now return to their respective home bases to prepare for round two of the Australian Off Road Championship, the Albins Off Road Gear Goondiwindi 400. Held from the 3rd-5th of August, the event has been switched from its traditional October date, in an attempt to avoid the heavy rain and flooding which has plagued the race in recent years.

Full results and further details can be found at www.offroadracing.com.au 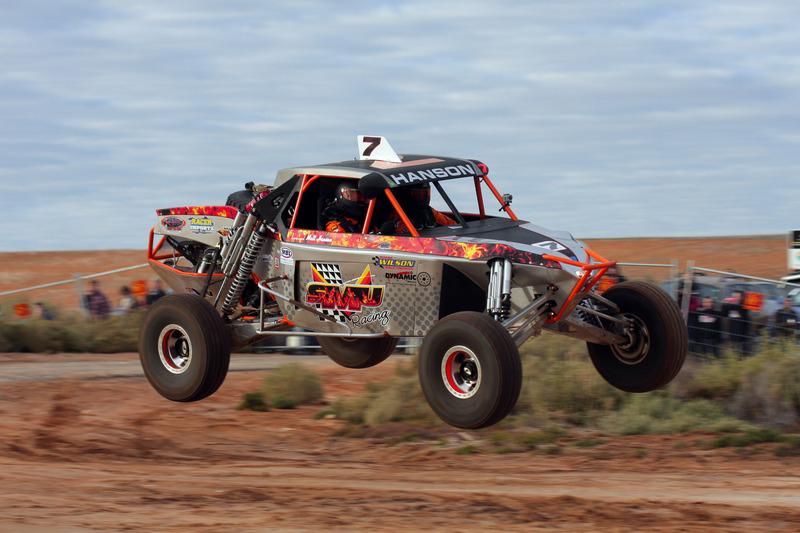 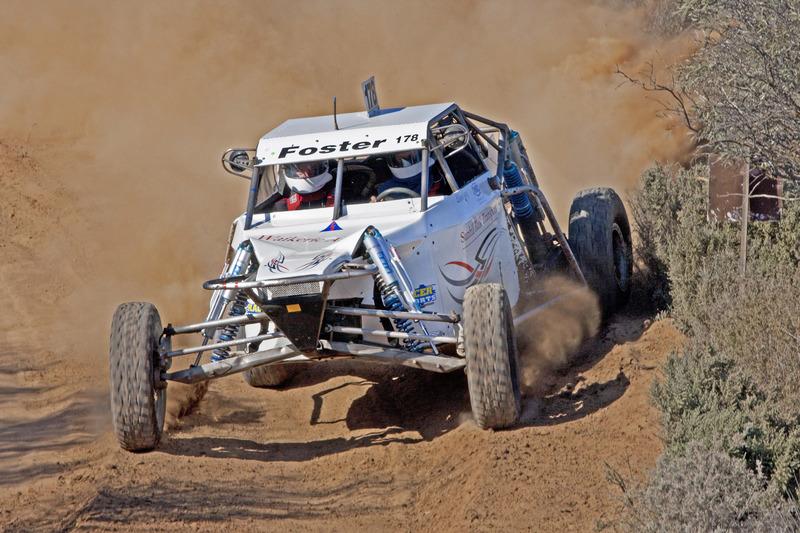