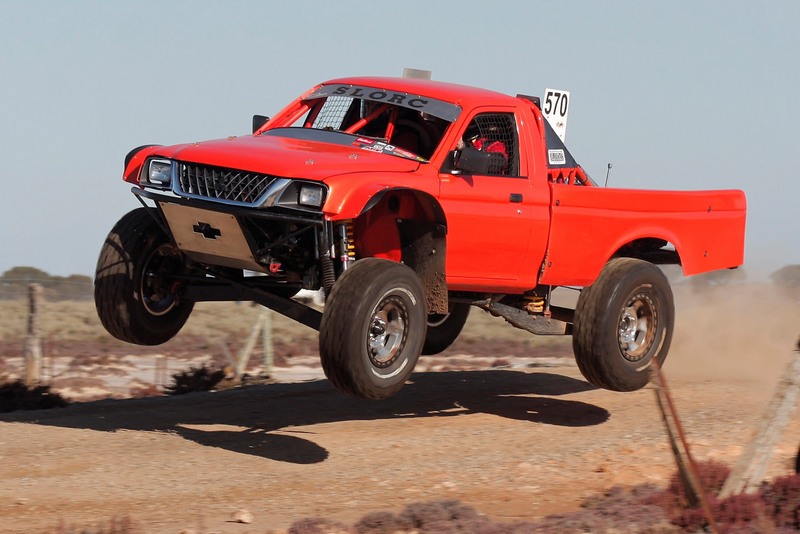 Returning to the AORC calendar for the first time since 1999, the Mallee event is stepping in to fill the void left by the absence of the Finke Desert Race in the championship. The committee and volunteers of the Sea Lake Off Road Club have spent countless hours preparing the track and facilities for the 39th running of this iconic event, which is expected to be one of the biggest events in recent AORC history.

The track, situated just 7km north of Sea Lake, is an exciting mix of sand, salt pan, clay and grass that runs around Lake Tyrell. With a lap distance of 85 kilometres, AORC competitors will be required to complete five gruelling laps of the course for a total distance of 425 kilometres. Split over two sections, crews will complete two laps, followed by a one hour service break in section one. Section two will consist of a further two laps followed by a 30 minute service break before the sprint to the finish with the fifth and final lap.

With the first Championship round of each new season comes uncertainty, and 2012 will be no exception. With some of the regular front runners deciding to contest the Finke Desert Race instead of this event, the field is open for competitors to take an early Championship lead.

Pro class
After taking out the Sea Lake event in 2011, when it was part of the Victorian Off Road Racing Association Championship, Aaron Haby returns to defend his crown in the #57 Element Off Road single seat entry. 2011 Sea Lake runner-up Carl Haby and Brenton Gallasch in the #56 machine will be looking to continue their good form after taking out the recent Richard Bennett Memorial Enduro in SA.

After a promising AORC debut for their new Jimco at the Teagle Excavations ARB Pines Enduro in 2011, the SMU Racing team of Matt Hanson and Leigh Wells head to Sea Lake confident of a strong showing after an off season rebuild and having a new Shane Wilson V6 twin turbo Nissan engine bolted in behind them.

After a limited AORC campaign in 2011 due to family commitments and a successful trip to New Zealand for the Taupo 1000, Brad Prout will be looking for a strong start to his 2012 campaign in the Mallee, as will Justin and Owen Anderson in their Turbo Nissan Tatum. Also returning to the driver's seat after a long absence will be Andy Brown in his new Pro class buggy.

Pro Lite
As always, the Pro Lite class is sure to be a close fought battle, with 2011 class runner-up Wes & Bill Cowie facing stiff opposition from Luke & Vicki Erceg, Tony Fehlhaber & Gary Howell and Garry & Amanda Simpson among many others. Stephen Burrows will debut the ex-Mark Burrows Jimco in Pro-Lite form, while David & Alice Middlemiss will make their Pro Lite debut in the ex-Craig Hoare Cougar. Leading the local charge will be Andrew McClelland & Murray Mott in their Southern Cross.

Super 1650
Reigning Super 1650 champions Darryl Smith & Michael Matthews return to defend their crown with a new look, having spent the long off-season completely stripping the Alumicraft. 2011 class runner-up Jared Melville & Michael Marson will be looking to go one better in 2012 following a strong first up result in the Australian-built Razorback. The leading two A-Arm buggies are sure to face stiff opposition from the very strong field assembled, including Sea Lake locals Alistair & Andrew, who are always very tough to beat on their home track.

Sportsman/Performance 2WD
With entries still rolling in, the Sportsman and Performance 2WD classes have limited numbers so far, but these are sure to increase. Sea Lake locals Bernie Clohesy & Kim Stacey in their Chev-powered Triton will start as one of the favorites in the Performance 2WD class, with Dean Williams & Scott McInnes in their Sportsman buggy sure to be mixing it up with many of the Super 1650 class vehicles.

Extreme 2WD
Former class champions Chris Western & Stewy Bishop return to one of their favorite tracks to begin their quest to re-claim the Extreme 2WD class in their Mickey Thompson Trophy Truck. Making their AORC debut at Sea Lake in the new Water Movers Australia MickleFab Trophy Truck will be Mildura's Ivan Robertson with vehicle builder Gavin Mickle in the navigator's seat. After showing good speed and ironing out some minor technical bugs with their debut run of the truck at the Exact Mining Bentleys Cabin Park Flinders 400, Robertson & Mickle are looking for a good result, however Kevin Nott & Ben Woodgate in the Toyota Tundra Trophy Truck, along with Peter Sibson & Jason Munro in the Nissan SR20-powered VW will be among those looking to shake things up a bit.

Production 4WD
North Queenslanders, Geoff Pickering & Dylan Watson will be looking to kick-off their 2012 campaign with a strong showing in the Production 4WD Mitsubishi Pajero. However, they will once again face stiff opposition from Robert Chapman & Ross Challacombe in their Mitsubishi Triton. Having spent last season adjusting to the step-up to the Extreme 4WD class, Clayton Chapman & Adam McGuire will be out to start the new season with a strong result, but they will face very stiff competition from the always-fast Sandy Bowman & Daniel Hardman in their Nissan Patrol, while Colin Hunter & Simon Campbell are sure to be well up the field after spending the 2011 season sorting out the bugs in their new Dodge Dakota.

Event proceedings kick off on Friday, June 8 at 5:00pm, with scrutineering at the Sea Lake Recreation Reserve in the heart of town. While the crews and event organisers busy themselves with the all-important pre-event checks, spectators, locals and families will be kept entertained with a Show & Shine, jumping castle and merry-go-round for the kids, live band, plenty of food and drinks and spectacular fireworks show. Scheduled to run until 9:00pm, there is sure to be plenty on offer to keep everyone entertained.

Race action kicks off on Saturday, June 9 at 10:30am with the running of the 8 kilometre prologue. Following the prologue will be a 'Dash For Cash', where the two fastest vehicles from each class will race off for cash prizes without the risk of altering their start positions. Sunday's action kicks off from 9:00am with competitors taking off two at a time for the first of the day's five laps.

The Sea Lake Mallee Rally is round 1 of the 4-round 2012 AORC championship. More details on this and future rounds can be found at www.aorc.com.au/ 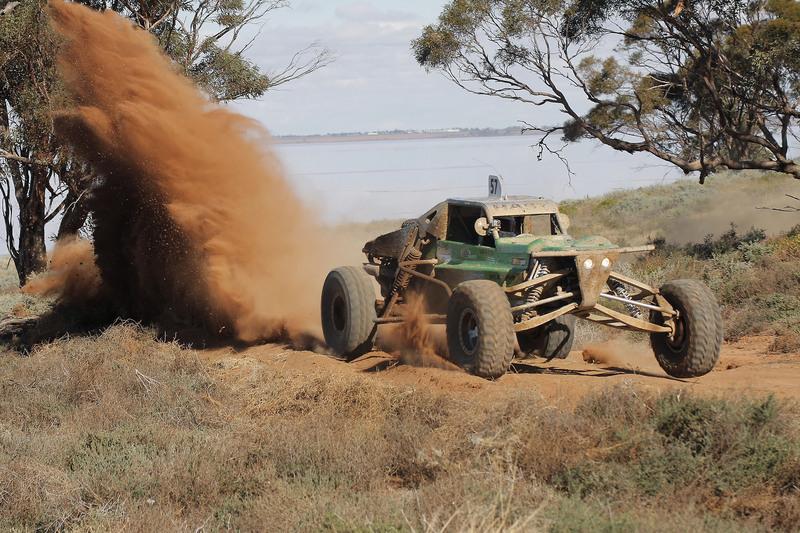 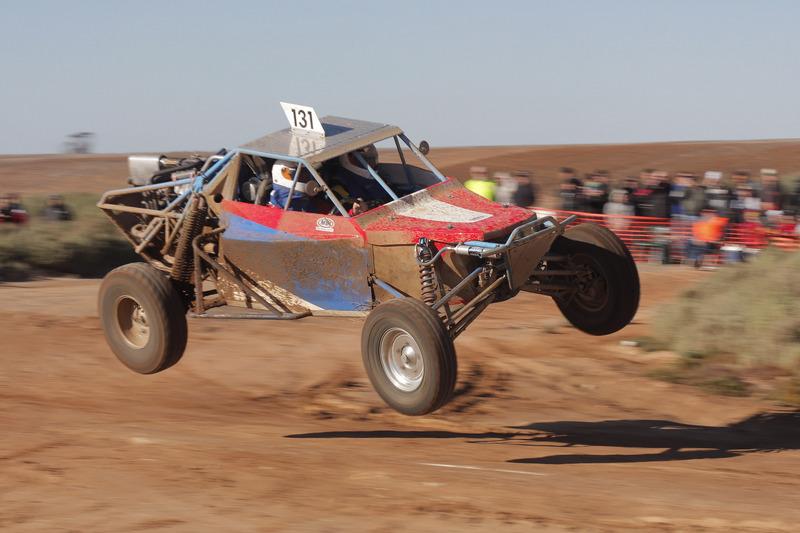 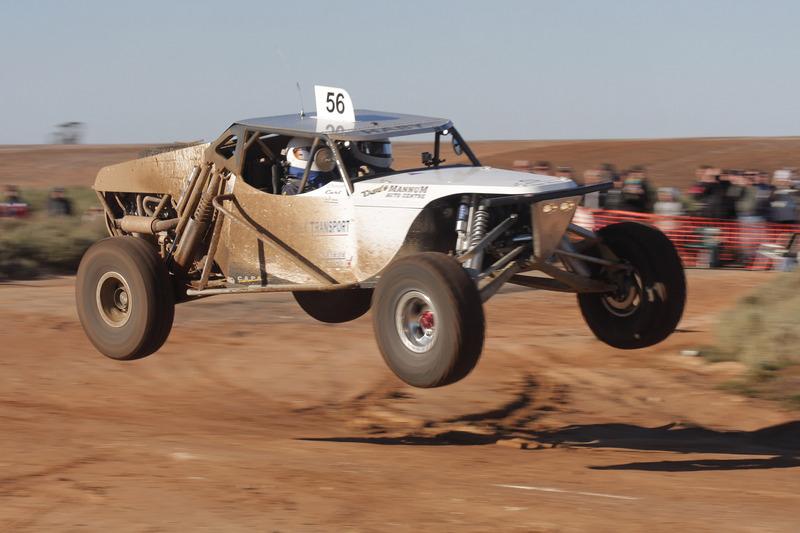