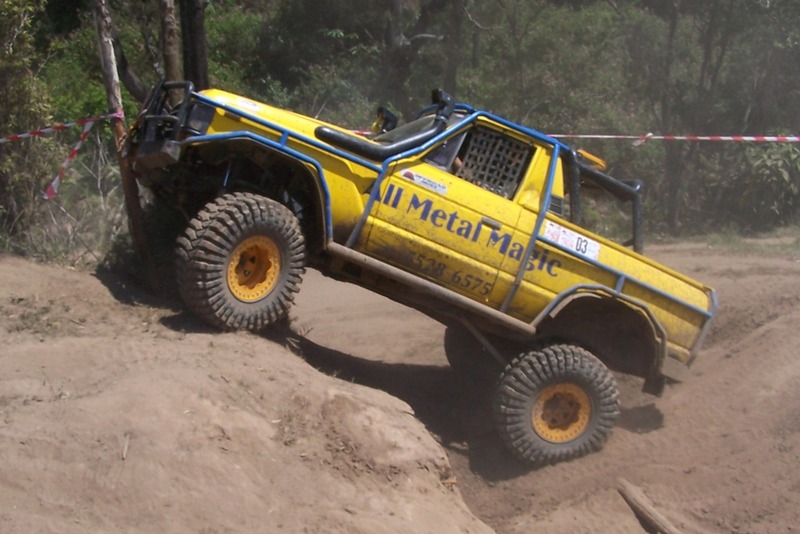 Competitors arrived throughout Friday to settle in, set up their campsites, preview the track and have their vehicles scrutineered
Beaudesert's Scenic Rim Adventure Park hosted the annual Offroad Boss 'King of the Rim' event on Saturday 19 November, where almost 30 competitors battled it out. No ordinary offroad event, King of the Rim is as much a test of speed as it is of driving skill and endurance - "fastest laps wins."

Competitors arrived throughout Friday to settle in, set up their campsites, preview the track and have their vehicles scrutineered. Final numbers were 17 Extreme Modified teams and 11 Buggy/Truggy teams. When the gates opened Saturday money, more than 800 public punters came in to check out the action.

At 8.30AM, the first group of 14 teams, comprising the Extreme Modified entries, started on their five laps, leaving in one minute intervals. The tricky nature of the Scenic Rim track was evidenced by a couple of competitors rolling in the first gully run, just three minutes out of the gate! As they made their way up and around the southern ridge line and then down into the Offroad Boss Arena, competitors got a chance to show their speed and offroad nous as they traversed the hill sides and picked up the pace along the flat, coating the crowd in dust, and then manoeuvring through the wombat holes to successful complete the arena section. From the Offroad Boss Arena, teams continued to make their way up vertical climbs and along narrow cliff edges on the north ridge line to complete one lap of the course. Only five of the first group actually finished the five laps with a fastest time of 20 minutes 30 seconds.

After clearing the broken-down 4WDs from the course, the second group of 14 started. This field consisted mainly of lighter buggys and truggys, whose machines handled the terrain better than the extreme guys. Six of these teams finished with a fastest lap time of 16 minutes and 15 seconds. Extreme modified competitors then took to the TJM Equipped Hill Drags, racing side by side up a near-vertical vertical hill, throwing major dust as they spun their wheels trying to defy gravity. Best times were taken from this section to find an overall winner.

As night approached, the crowd and competitors moved their way up into the ridge line to watch the Buggys and Truggys take on the ARB Coopers Plains Night Gully Climb. Eight starters were soon thinned by the boulder-infested terrain, with a number of vehicles getting stuck between a rock and hard place -literally! One competitor, finding his way blocked by a stranded vehicle, simply drove up on the competitor's wheel and roof top to continue travelling the course. It was a great night of carnage and entertainment!

Away from the track, the 'Expo Alley' component of King of the Rim was pumping with the likes of TJM Equipped, ARB Coopers Plains, TORQ 4x4 and Hardcase 4x4 offering lots of product and merchandise items for visitors. Rockracing4x4.com had their promo girls handing out Monster Energy drinks, the Browns Plains Scouts provided the tucker and Offroad Cartel entertained the crowds throughout the day with music and commentary. All up, the 2011 Offroad Boss King of the Rim was declared another success. Roll on King of the Rim 2012! 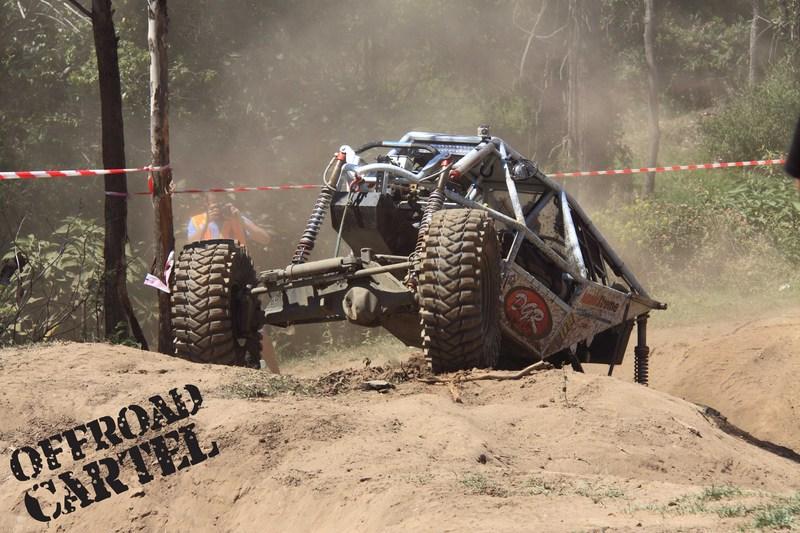 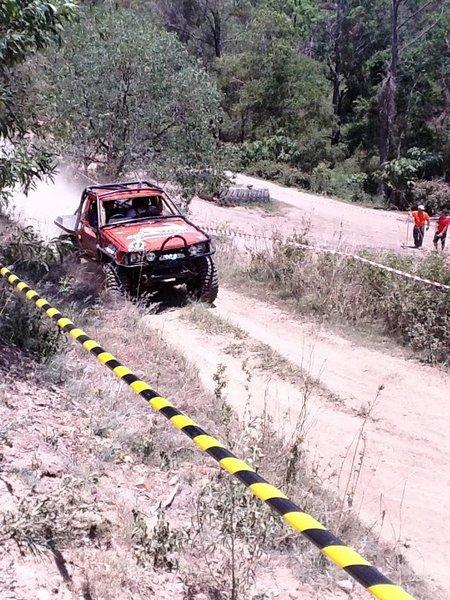 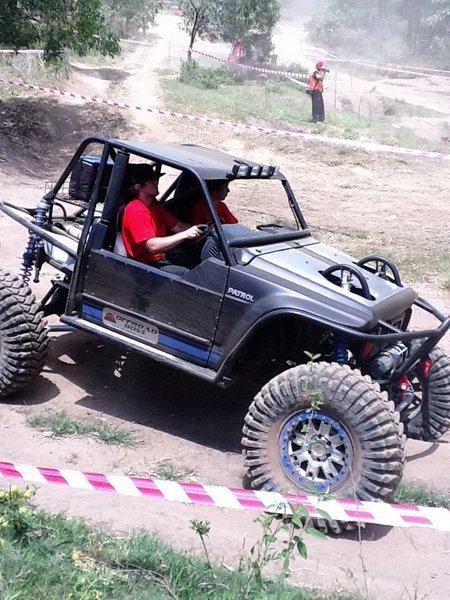 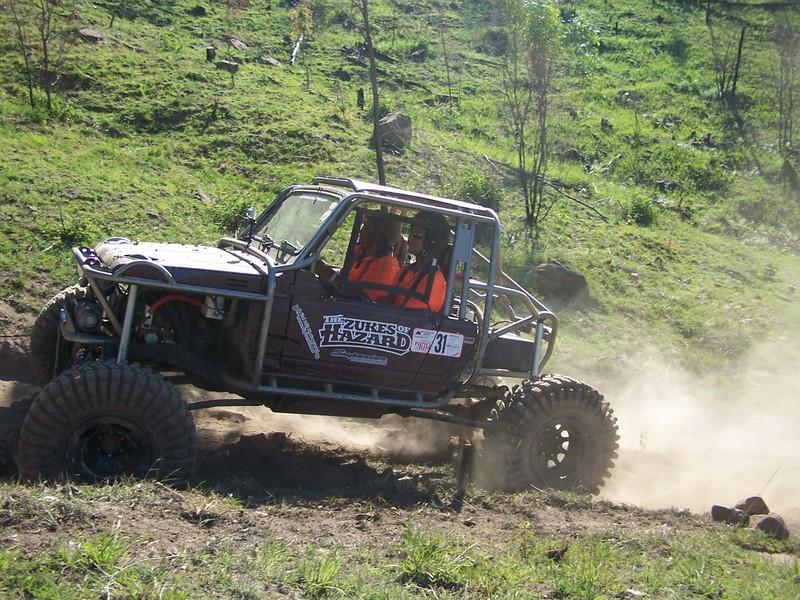 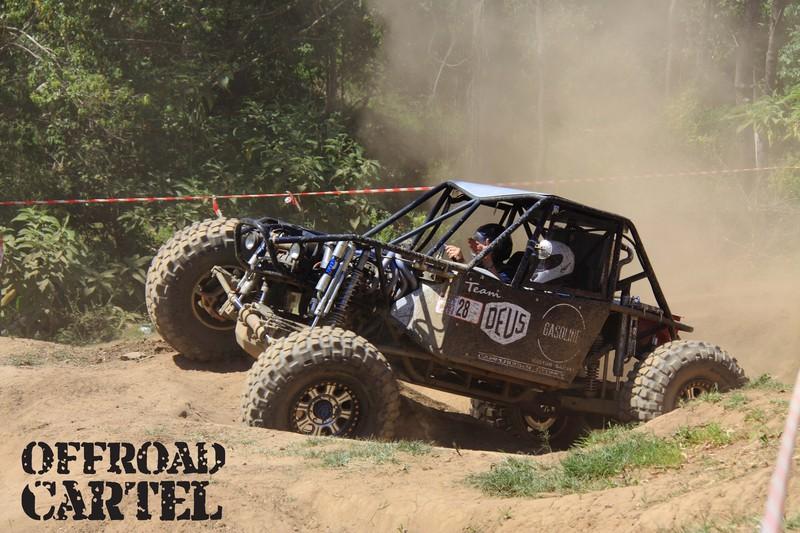 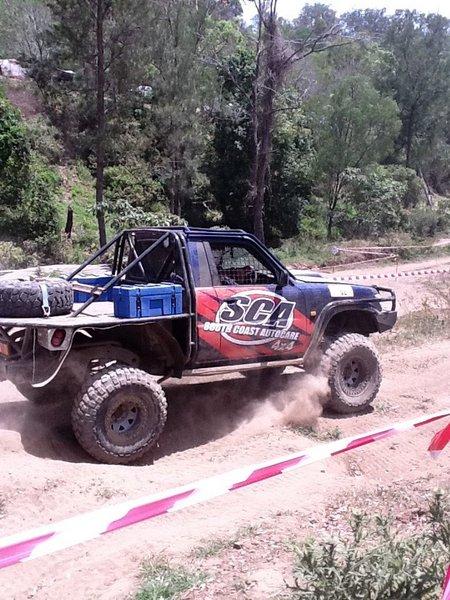