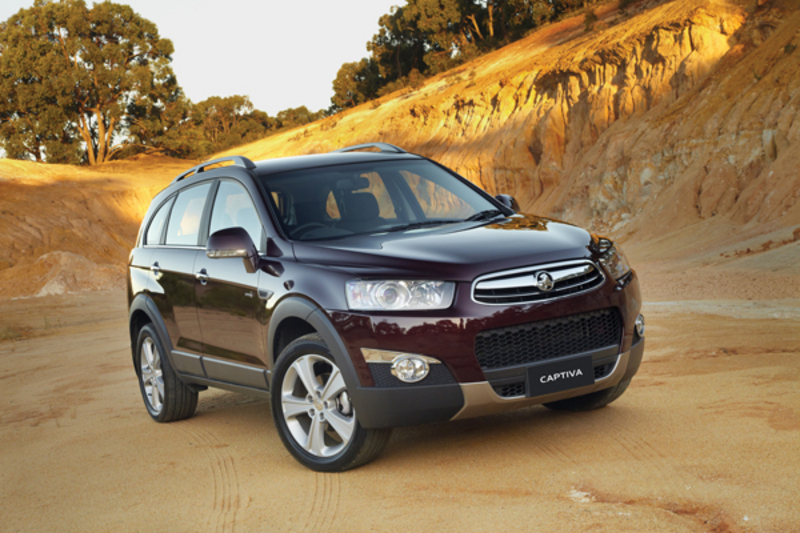 The General’s problem was the lack of a family friendly mid-size SUV that could take the fight up to the people from the Blue Oval and their new hot-selling new model.

So concerned was Holden that then local boss Peter Hannenberger had his people develop - with some haste - an all-wheel drive version of the Commodore wagon. They called it the Adventra and while it was a capable-enough station wagon, it was not an SUV. Few were sold and it has long-since disappeared from the General’s model line-up.

Things started looking up for Holden when in 2006 it was able to launch the Korean-built Captiva and this time it was an SUV, albeit one that was in all kinds of ways not a patch on the Territory.

Gradually over the years since its launch Territory sales began to wane significantly and things like the Captiva and the Toyota twins, the Prado and Kluger, came to outsell the Ford SUV.

This situation has again swung back in favour of the Territory with the arrival of the significantly ungraded and restyled new Territory line-up and its far too late but much anticipated turbo-diesel engine option.

So far as the Captiva is concerned, the new series two range was released in mid February 2011 in five- and seven-seat and two and all-wheel drive guises and the new models did much to boost interest in the Holden offering at a time when the somewhat dated Territory was in its final months of production.

The new Captivas offer buyers three new powertrain options including a 2.4-litre petrol “four,” a 2.2-litre turbo-diesel and the Australian-built three-litre V6 that has done so well for the company in the Commodore. The other big news was that each model’s recommended retain price tag is $2,000 lower than their predecessors’ pricing.

For this test, the $38,490 V6 petrol-powered CX Captiva 7 automatic was chosen and first impressions were that while it came off a pretty ordinary base when compared with the original Captiva, it is now a much more refined, classier vehicle.

The new series-two Captivas have a stronger road presence that has been enhanced by a new-look front fascia, a new grille, fog lights, elongated prism-style headlights and turn indicators that are housed in the exterior mirrors. At the rear there are new clear-lens tail lights.

Like all the variants in the Captiva line-up, the CX has side-curtain airbags (although not for those in the third row of seats), an electronic stability-control system that incorporates ABS braking, brake-assist, traction control, active rollover protection and the active AWD system.

Standard also is hill-start assist that holds the Captiva on gradients of three per cent or steeper for 1.5 seconds after the brake pedal has been released and cruise control, rear park-assist, well-bolstered front seats and an electric parking brake.

Inside goodies on the CX test car include an MP3-player-compatible six-disc CD player with an AUX input, Bluetooth mobile-phone and music-streaming connectivity, climate-controlled air conditioning and a multi-function, leather-wrapped steering wheel.

Speaking of the wheel, it appears to be too big in diameter for the car and actually looks a little ungainly and out of place. Not so the good-looking 18-inch alloy wheels upon which the CX rides.

While on the subject of the interior, Ford would take a leaf out of Holden’s book by using soft-touch plastics for the new Territory’s dash and door trims.

The material used in the new Captiva is far classier than the 2011 Territory’s hard stuff.

The Captiva CX’s V6 petrol engine is good for a pretty impressive 190kW or peak power at 6900rpm and 288Nm of maximum torque that is on tap at 5800rpm and Holden claims a combined fuel consumption figure of 11.3-litres/100km.

Holden’s latest V6 engines are a far cry from their somewhat unrefined early predecessors but I still prefer the straight-six used in the Falcon and Territory.

While the Captiva V6 works well with the Captiva’s sports-shifting six-speed automatic, it does seem to be working hard when you tramp on the accelerator hard during overtaking and when the revs reach their maximum.

While on the subject of the automatic transmission, like its Cruze small-car sibling, the Captiva’s unit is designed to be pushed forward for upshifts and backwards for downshifts - the opposite of the Commodore.

It would be most confusing for a family with one of each model in its garage and mum and dad jumping from one to the other. Grabbing second when you thought you were going into fourth detracts somewhat from the pleasure of manual shifting - and the engine doesn’t like it either.

Another area that has improved significantly for the new Captiva compared with its original predecessor is the suspension. Holden’s hydraulic “level-ride” system, recalibrated springs and dampers and stiffer front-and-rear sway bars have cut body roll, improved handling no end and variable-assist power steering adds nicely to the car’s overall driving dynamics.

As I said in a recent Cruze review, it would be nice if the General showed a bit of consistency in this department.

In terms of the CX Captiva 7’s interior practicality, there’s plenty of it.

Plenty of storage cubby holes and second and third-row seats that fold flat mean the car can transform itself from a comfy seven-seat people mover to a spacious delivery van in a very short time.

In summary, the Captiva has come a long way in the five years since it first joined the Holden model line-up.

It’s not yet quite in the Territory class but with its generous specification levels, sharp pricing and plenty of model choice it’s no surprise the car does so well and is such a family favourite. 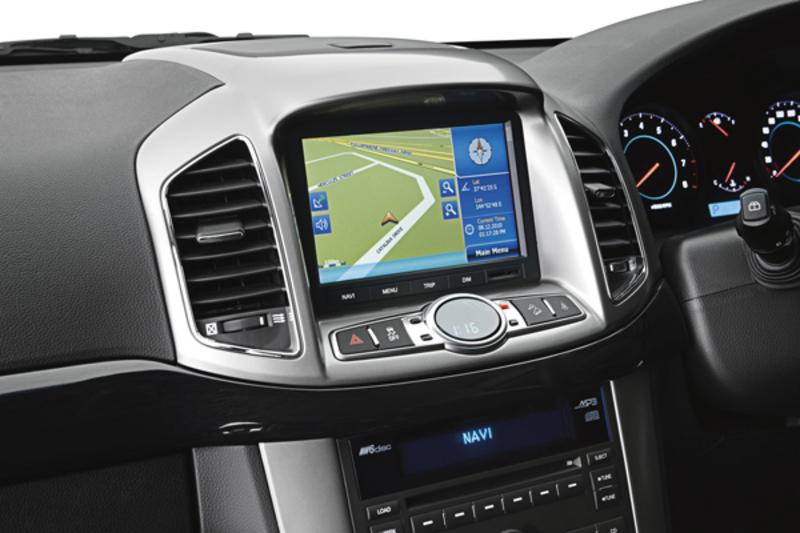 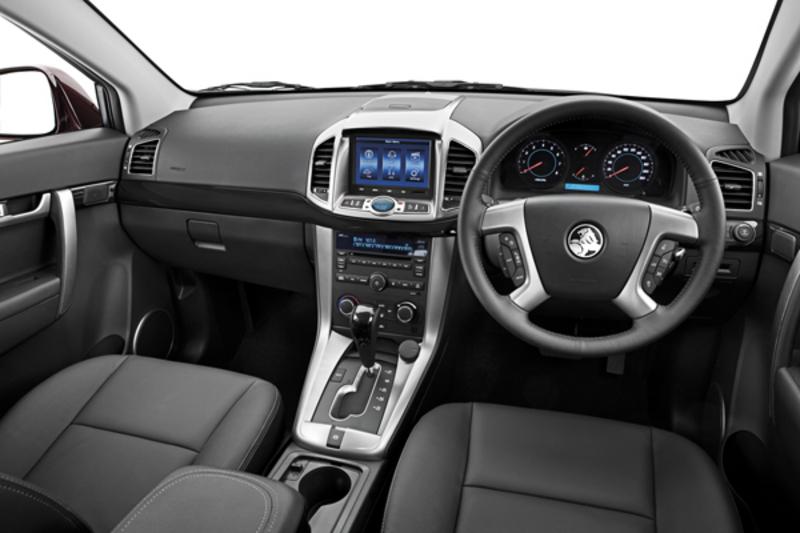 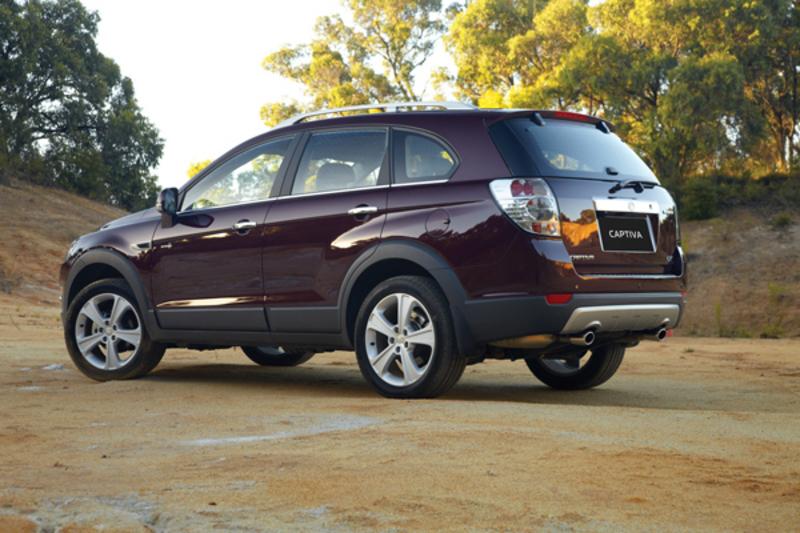 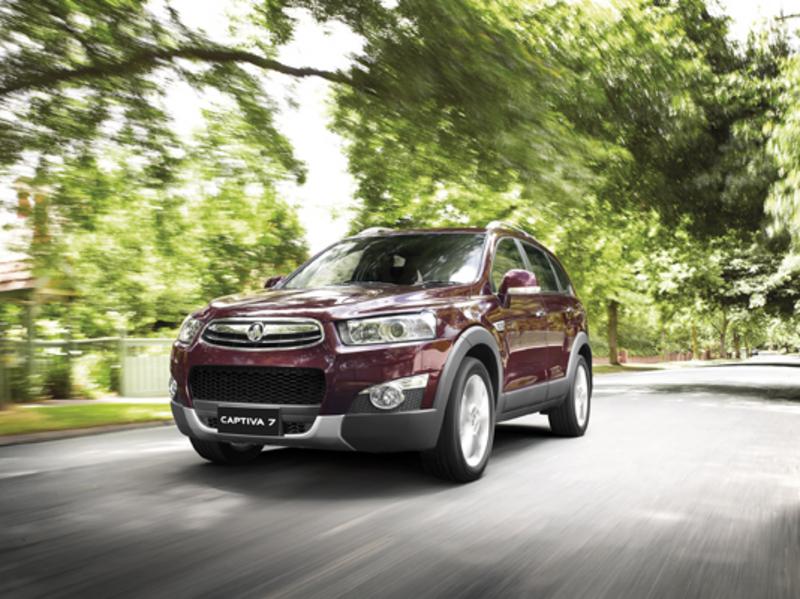 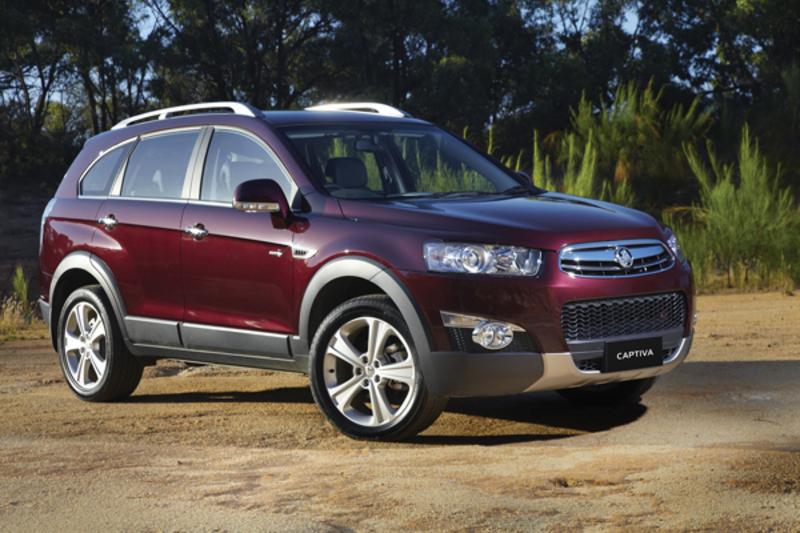