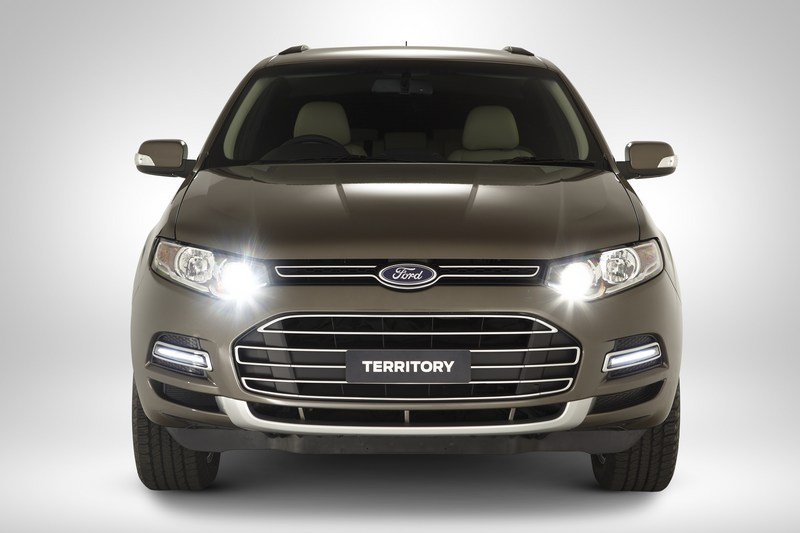 It was a big but carefully considered statement at the time, and it's one I still stand by today
Back in 2004, after putting Ford's then all-new Territory SUV through its paces at the media launch in New Zealand, I wrote, "The Territory is the pinnacle of Australian automotive achievement in the past 50 years."

It was a big but carefully considered statement at the time, and it's one I still stand by today.

Great as the Territory was back then, that experience - and driving the car pretty often in the years since then - did not prepare me for the quantum leap Ford has achieved with the new SZ model, especially the sensational new turbo-diesel version.

Even back in 2004, when turbo-diesel SUV's had not reached the levels of acceptance in Australia as they have today, the lack of a Territory oiler was a real shortcoming in the model line-up.

Now, the arrival of the new SZ version, with its optional V6 turbo-diesel and more economical straight-six petrol engine - as well as some outstanding NVH improvements, safety enhancements and suspension tweaks - will mean Territory sales should sky rocket. They deserve to.

Pricing for the new Territory line-up kicks off at $39,990 for the entry-level TX rear-wheel-drive, petrol-powered five-seater.

If you want a turbo-diesel, the cheapest one you can buy is the RWD TX at $43,240 and this rises to $48,240 for the least expensive AWD oiler version.

Gone from the new range-topping Territory is the long-standing Ghia badge. It has been replaced by the Titanium moniker.

It has a 5.8-inch monochromatic LCD screen and the system includes integrated controls for a single-CD audio system that supports both iPods7 and Bluetooth5-operated mobile telephones and audio devices.

Move up to the mid-spec TS and you add goodies such as 18-inch alloy wheels, a reversing camera, front fog lights and a different front bumper and grille, the premium ICC with its seven-speaker audio system, 150-Watt amplifier and subwoofer and an eight-inch colour touch screen.

Shell out the extra dollars for the Titanium and you're looking at a much fancier interior, 18-inch alloy wheels, a unique front and chrome-detailed upper-and-lower grille, LED front lights, an Alpine rear DVD entertainment system, leather seat trim and an integrated satellite-navigation system with the TMC6 traffic-message channel.

While the turbo-diesel is without doubt the headline story, the latest raft of improvements to the venerable straight-six petrol engine and its new fuel-consumption figure are also a credit to Ford Australia engineers.

The 2.7-litre V6 turbo-diesel engine is designed and built by Ford at its Dagenham plant in the UK and since its 2005 debut, it has been proven by the likes of Jaguar, Land Rover and various French offerings.

Perhaps surprisingly, the new Territory is the first Ford product anywhere in the world to be blessed with the engine.

Interestingly it is just 1kg heavier than the straight-six petrol engine and because it is well set back in the engine bay, it gives the Territory oiler a slightly better centre of gravity than its petrol sibling.

In rear-wheel drive guise, buyers of the new Territory can expect a combined fuel-consumption figure of 8.2-litres/100km. Opt for a TX or TS four-wheel-driver and you're looking at 8.8-litres. For the range-topping Titanium, the figure is 9.0-litres. Ford claims this will endow new RWD Territory "oiler" with a range of around 1000km.

What is a big surprise where the new turbo-diesel engine is concerned is that if you tramp heavily on the accelerator and make it really work, it's actually quieter than the petrol "six." Forget about any of that old traditional diesel rattle.

Another plus for the diesel RWD is that it can tow a 2300kg braked trailer and there is a downward tow-ball weight of 230kg.

Out on the road, the super-refined diesel engine does seem to hesitate slightly on take-off and there's no doubt its best work starts around 1800rpm.

Both the petrol and diesel engines' fuel efficiency are achieved in no small measure by the great sequential-sports-shifting six-speed ZF automatic transmission.

There is a new electric power-steering system that is sealed and lubricated for life, stiffer front-and-rear suspension, enhanced roll suppression and a clever drift/pull-compensation system on the electronic stability program that compensates for conditions such as road camber and side winds.

The standard dynamic-stability-control and stronger brakes add to the feeling of well-being you experience behind the wheel of the new Territory.

As well as being a delight out on the open road or punting enthusiastically through tight corners, the new steering set-up makes city parking even more of a breeze - and city and suburban streets are where most of the new Territory SUVs will spend most of their time.

Safety-wise, the outgoing Territory carried a five-star ANCAP rating but the new model gains a driver's knee airbag, bringing to five the total airbag inventory for all versions.

A roll-over-mitigation system has also been added to the standard-fit Bosch "gen-nine" dynamic-stability-control system and it constantly monitors the vehicle's road behaviour. If a potential roll-over is detected, additional understeer comes into play to settle things down.

In the styling department, the new more aggressive frontal treatment is the most noticeable change, but there are other more subtle changes, such as a new rear end and C-pillar, new side skirts, new tail lights and new-look alloy wheels.

While the Territory's new nose makes the car look a fair bit longer than its predecessor, it's actually just 27mm longer.

Inside, the changes are less noticeable, with much of the interior architecture borrowed from the FG Falcon.

Right from the start back in 2004 Territory was probably the leader in the user-friendly SUV stakes and the new SZ is no different. There are still more than 30 storage cubby holes and storage options, including a new more spacious centre console.

In summary, Ford has done it again in spades with the new Territory and while the company should be flogged for taking so long to develop a diesel version, it has been worth the wait. 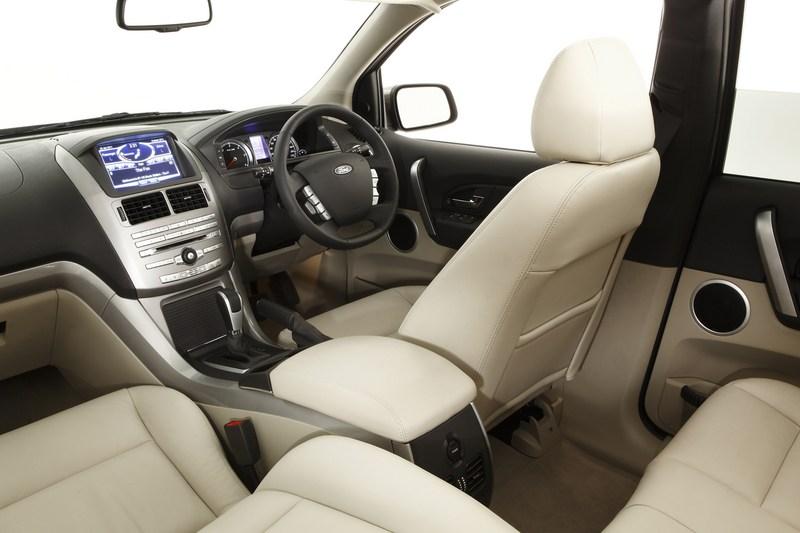 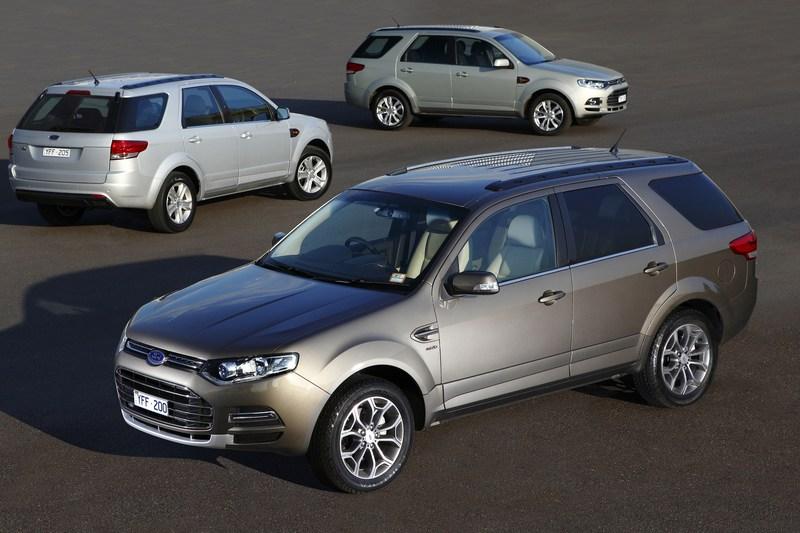 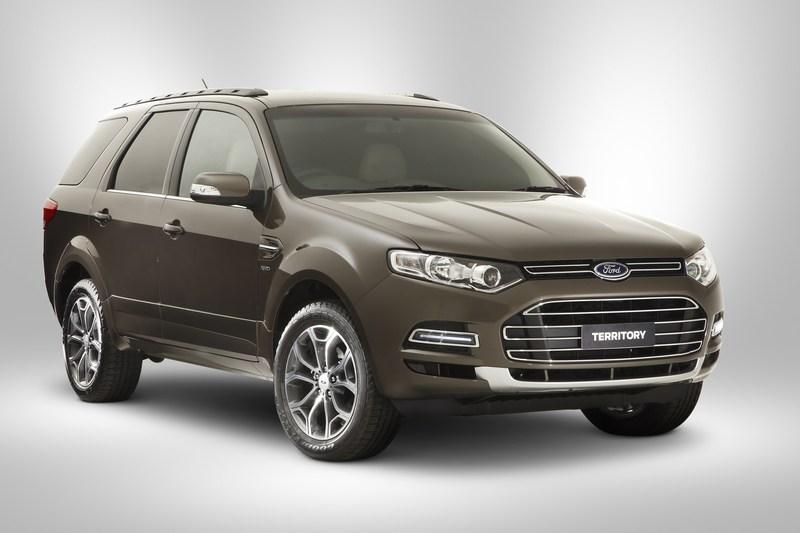