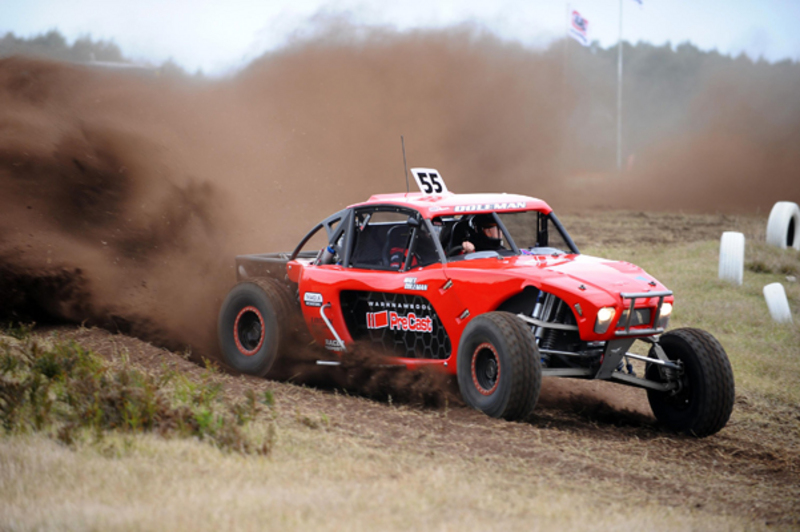 Starting from pole position, Fellows and Bergamin led the first of six 65km laps of the forest course, but were soon overtaken by the new twin turbo V6 Jimco of Matt Hanson and Leigh Wells
David Fellows and Mark Bergamin played their cards to perfection to win the Teagle Excavations ARB Pines Enduro, round 4 of the 2011 Australian Offroad Racing Championship. The 'local' team prevailed to take victory amidst the tall pines of the Tantanoola State Forest near Millicent in South Australia.

Starting from pole position, Fellows and Bergamin led the first of six 65km laps of the forest course, but were soon overtaken by the new twin turbo V6 Jimco of Matt Hanson and Leigh Wells. However, Hanson's charge came unstuck on the fifth lap, when engine overheating forced the Victorian pair to retire. This allowed Fellows/Bergamin to take the race lead, and the SA pair didn't hold back, charging towards the chequered flag to secure the win and another haul of AORC points. In the #1 Peter Kittle Motorsport Jimco, Fellows and Bergamin threaded through the Pines course in a time of 3hrs 49min 49.73sec to take victory.

Behind the #1 car, one of the closest battles of the season was unfolding, with the Pro class machinery of Justin Anderson, Aaron Haby, Carl Haby, Mark Burrows, Dan Auricht and Matt Coleman creating a freight train through the forest. With negligible dust to contend with, the drivers closely trailed each other down the fast forestry tracks at over 200kph and launched long and high off the flyovers lap after lap. The final two lap section saw the six way battle for the overall minor placings go the way of Aaron Haby, who slotted his single seater into second outright. Auricht's finish on the final step of the podium was something of a lucky one, when Anderson ran out of fuel not far from the chequered flag.

Finishing sixth outright, Wes and Bill Cowie also locked away their first AORC Prolite class win at 'the Pines', setting up a battle royale for the class championship at Goondiwindi. Aaron James and Brett Plant took their Razorback to second in the class, a little over two minutes adrift of Cowie. Third in class went the way of Darren Payne and Kerri Wallace, who had brought their VQ35-powered 'DWP03' Prolite all the way across Bass Strait for the race.

In the Super 1650 category, Cameron McClelland set the early pace in Mark Hubbard's Southern Cross buggy, but relinquished the lead to the Alumicraft buggy of reigning class champs, Darryl Smith and Michael Matthew, with two laps to go. At the finish, the Victorians took the Super 1650 class win ahead of the Mitsubishi-powered Razorback of Jared Melville and Michael Marson, with Nick and Jono Simmonds' Southern Cross securing the final class podium. Striking a blow for the smaller capacity machines, Murray and Jake England kept their class-winning 1300cc Sportsman A-Arm in touch with the leading pack of Super 1650 runners throughout the race.
Returning to the racetrack just six weeks after their massive rollover at the Bentley's Cabin Park Flinders 450, Greg Gartner and Jamie Jennings pushed their big Ford F-150 Truck to take the Extreme 2WD class win and eighth outright. Second in Extreme 2WD and tenth outright were Chris Western and Stewy Bishop. The Queensland pair threw out the challenge to Gartner in the final section, as their Mickey Thompson truck charged towards the top ten. However, a blown clutch in the dying stages halted their assault, leaving Gartner to lock away the class win. Andrew Murdoch and Andrew Lyon were third in class in their Toyota Tundra, two laps down on the winners.

Entered only in the SAORRA component of the Teagle Excavations ARB Pines Enduro, the Chevy powered Navara of Jeff and Jai Loader blitzed the Performance 2WD field for the first four laps of the race. However, AORC honours are fought out over six laps, not four, allowing Craig Weaire and David Adriaans to step into the lead for the final section, successfully putting their big round three rollover at Baroota behind them to take the Performance 2WD class win.

Qualifying side by side on the starting grid, Geoff Pickering and Rob Chapman set up a Production 4WD class drag race into the first corner of Sunday morning's race. After taking a hard fought win during Saturday's "Dash for Cash", Pickering/Watson once again took the lead on Sunday and didn't look back as the Mitsubishis headed towards the forest. Chapman/Challacombe kept their Triton within striking distance of Pickering's Pajero until they retired with a blown motor on the fourth lap.

Making the trip east from their Perth base, Russell Cullen and Brett Cornish were another team to play their cards carefully at the Pines. Focused on the class championship, Cullen set a steady pace in the five litre GQ Patrol to take the Extreme 4WD class win, keeping the V8 Patrol of Luke and Daniel Hall at bay for the duration of the race. Time lost ironing the bugs out of his new Dodge Dakota meant Colin Hunter was stranded after completing only four laps. Similarly, Clayton Chapman's charge through the field was halted by big end bearing failure on lap five.

The Australian Off Road Championship heads to Queensland for the Albins Goondiwindi 400 on October 14-16, where a number of class championships will be decided.

For full results and further details, go to www.offroadracing.com.au 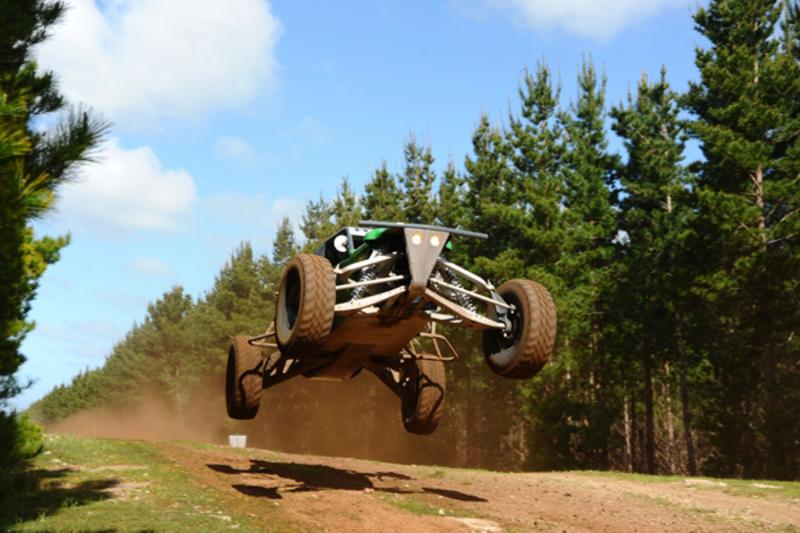 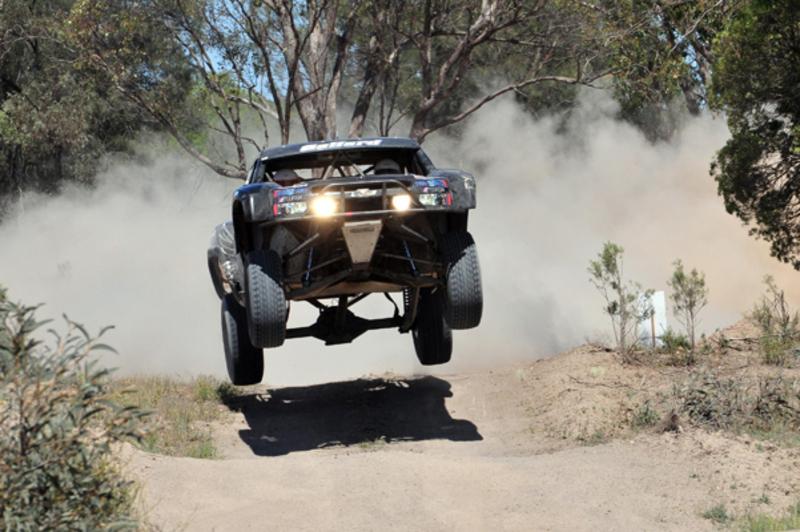 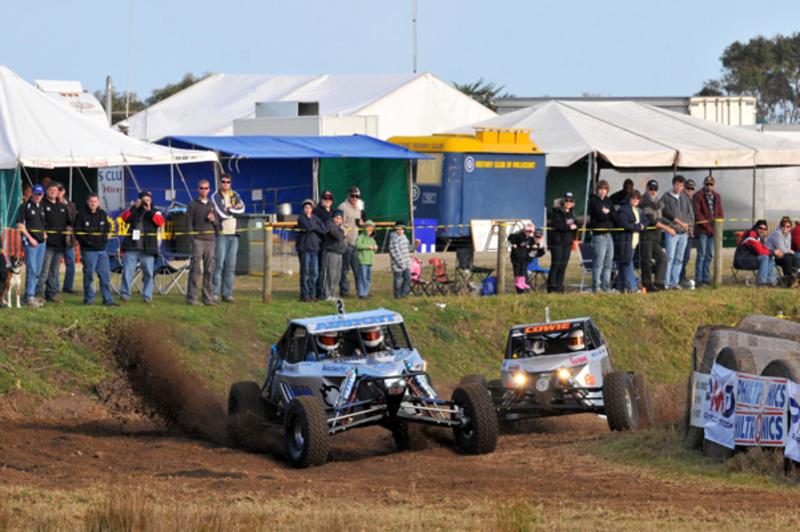 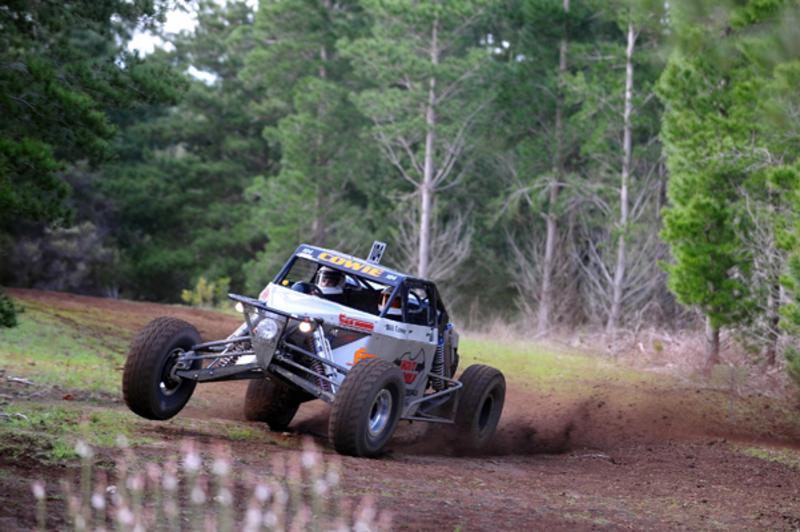 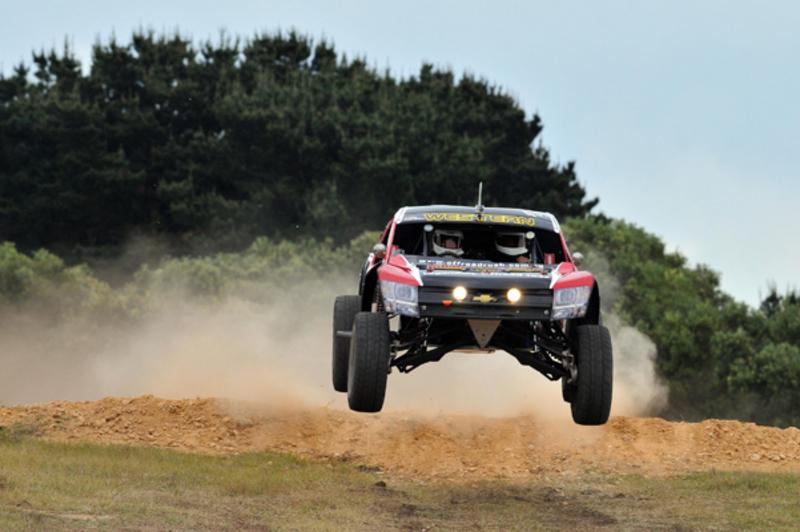 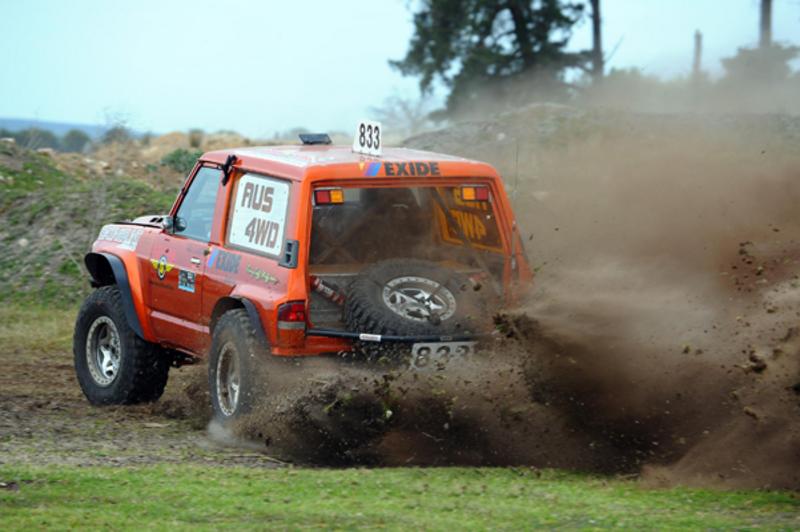