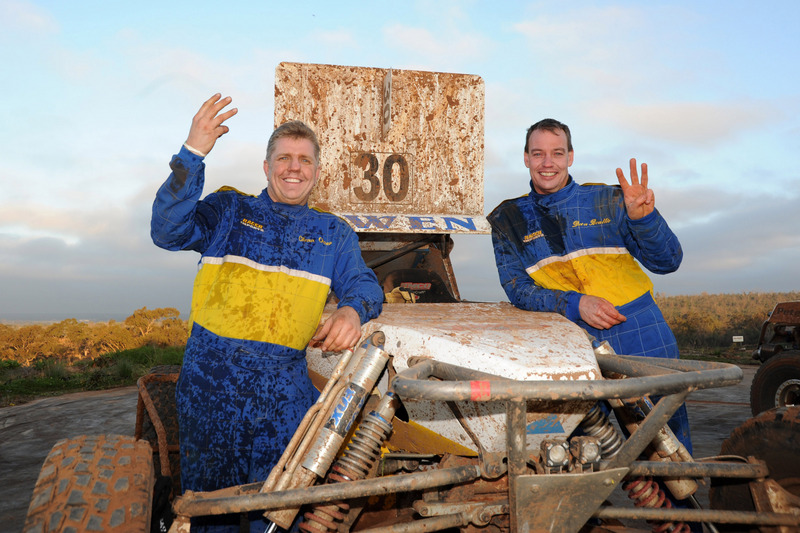 The victory marked their fifth outright win at the event and also sealed the pair a rare hat trick of wins following the last two Griffith AORC rounds held in 2004 and 2005.

Owen started the race on pole, but slipped back to 6th in the morning's foggy conditions before working his way back up the field. He posted his fastest lap of the race, a 53:18.09, on lap four and snatched the lead from Shannon Rentsch two laps later. From there, the Victorian pairing didn't look back, taking the win in a total time of 7hr 35min 34.48 seconds.
"It was a traditional Griffith track, some fast parts, some rocky areas and quite a few trees to get around, so it was an excellent track", said Owen post race. "It was a huge day at the office, I'm absolutely rapt with the whole weekend because we have put a lot of hours into the car leading up to the race."

The reigning Australian champs, Shannon and Ian Rentsch, battled hard with Owen/Beattie and David Fellows/Mark Bergamin over the 700km and were in the lead on lap five. However, a longer than anticipated pit stop to repair a broken exhaust saw Rentsch's slim lead disappear. They were unable to reel Owen back in on the final few laps, having to settle for second outright in a time of 7:39:33.17. Racing through thick morning fog, Fellows quickly settled into a groove, took the lead on the first lap and went into the mid race pit stop with a 14 second margin over Rentsch. Taking on fresh tyres, grease in the CV's and a new set of brake pads, Fellows returned to the track in fourth and overhauled Mark Burrows to take third outright.

The class battles were equally intense as the teams battled the wide range of elements mother nature threw at them, from thick mist and mud early in the day, to bull dust later on.

Just 19 seconds separated the two leading Extreme 2WDs, with Chris Western greeting the chequered flag first in his Mickey Thompson Rush Truck, ahead of Des Harrington's Chevy. Gavin Mickle rounded out the Extreme 2WD podium, after completing the majority of the race with his Turbo 700 Hilux locked in fourth gear. Jeff Loader, in his Chev-powered Navara, was the quickest of the Performance 2WDs, finishing ahead of Murray & Julie Collins' Jeep Cherokee and Bernie Clohesy's V8 Triton.

The Production 4WD Class provided some entertaining racing with young gun Clayton Chapman battling the legends of the sport, Geoff Pickering and Les Siviour, with the latter bringing his Patrol out of retirement for the event. In the slippery and foggy conditions, Chapman carved up the field and had moved up to 14th outright by the end of the first lap. From this point, he didn't look back, settling in to take the class win. Behind him it was almost a flash back to the late nineties, with Pickering's Pajero and Siviour's Patrol in a close race of their own. In the end, it was Siviour who finished second in class ahead of Pickering.

In Extreme 4WD, Reg Owen had the early lead before Colin Hunter took control towards the end of the race and sealed the class win in his Goodyear Jeep Grand Cherokee. Snapping at his heels was Queensland's Rob Chapman in the Garry Crick Mitsubishi Pajero, who pipped Owen to second place after 7 laps and 700 kms by a mere 0.38 seconds.

The next event on the AORC calendar is the Teagle Excavations/ARB Pines Enduro 400, scheduled to hit the Teagle Quarry at Millicent, SA on September 3 - 5.

A highlight of the MTQ Engine Systems Griffith 700 was the Performance Metals 'Longest Leap'. With the crowds packing the Blue Dot Speedway, drivers jumped their vehicles over the specially built jump in a bid to win prizes on offer from Performance Metals. Matt Hanson proved you didn't need an A-Arm to be a contender, floating his Super 1650 beam car over 100 feet. While the V8 powered leaps of Crowe, Marson, Gartner and Murfet all put in impressive performances, it was Shannon Rentsch and Glenn Owen that sailed the furthest, both locking away leaps of 35 metres (115 feet) to split the win between them.

The Australian Off Road Championship now moves into the business end of the season, with Round 4, the Teagle Excavations ARB Pines Enduro set to hit Millicent, SA on September 3 - 5. The combination of close racing and an exciting race format makes this event one of the highlights of the season for both competitors and spectators alike. 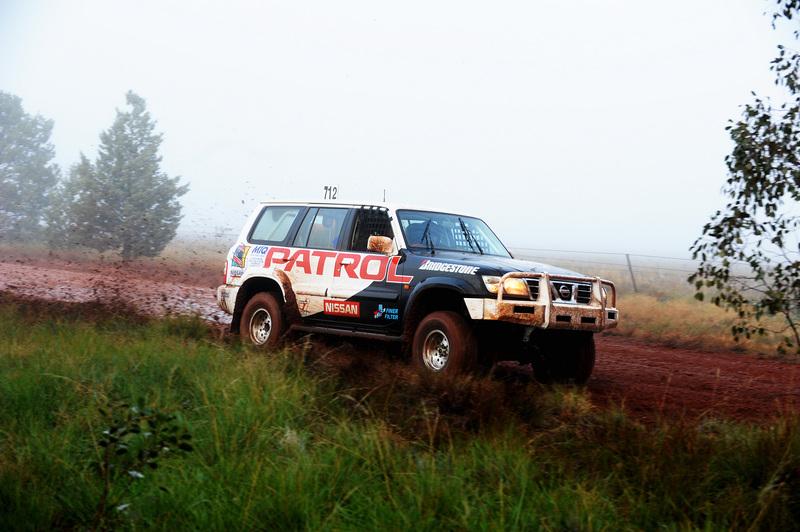 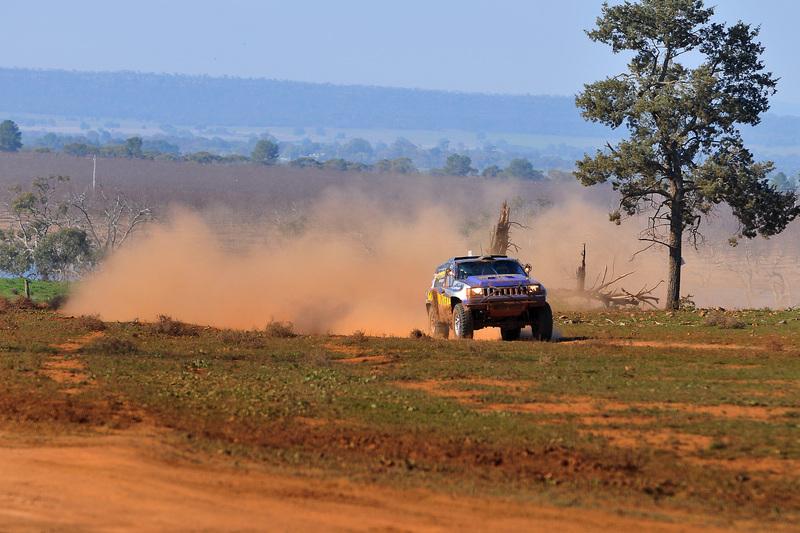 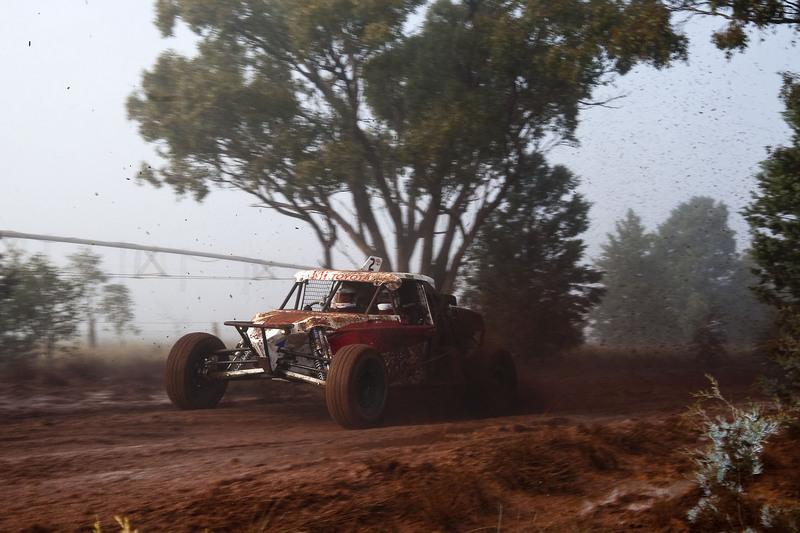 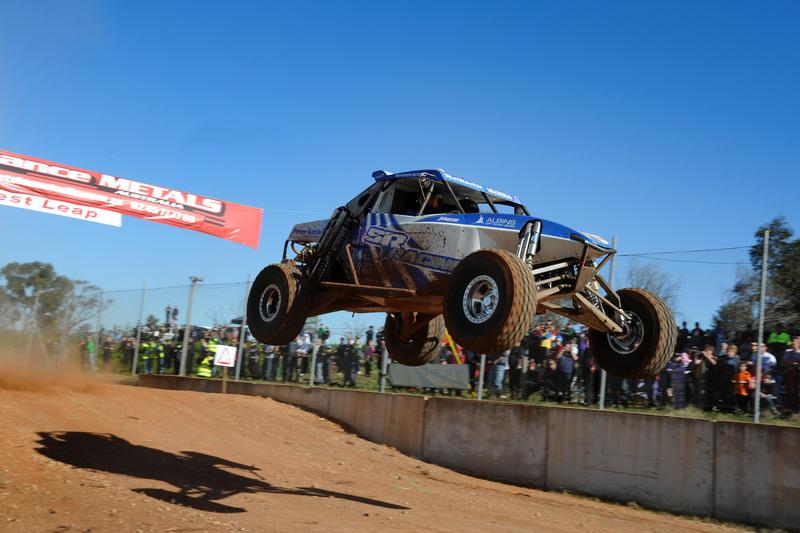