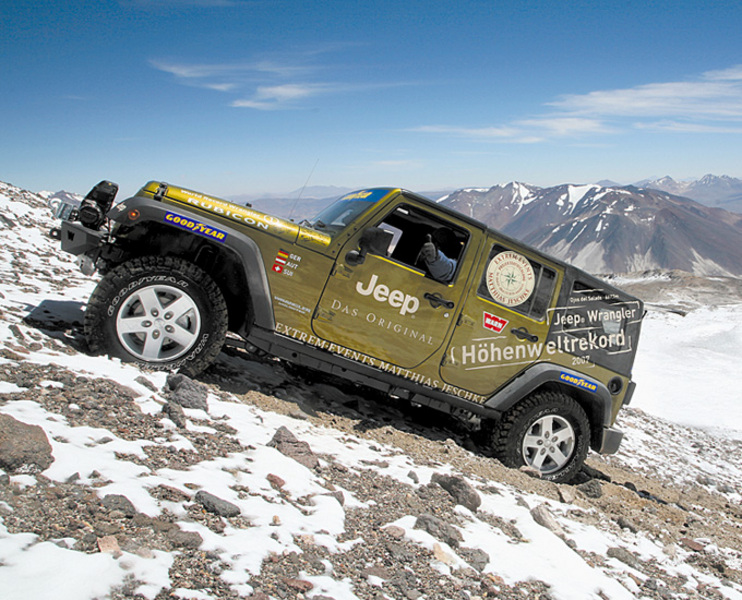 Seventy years after the first man climbed the world's highest volcano, Ojos del Salado in Chile, two Jeep Wrangler Unlimited vehicles set a new world record by climbing 6,646 meters (21,804 feet) to the volcano's rim. The achievement, certified by Guinness World Records, is not one that is likely to easily be beaten. Over five exhausting days in March, the Jeep Wrangler Unlimited vehicles carried a team from Extreme Events (Germany), led by Mattias Jeschke, from the base of the inhospitable volcano in the Chilean Andes to the highest point that a four-wheeled vehicle has travelled.

The two Wrangler Unlimited vehicles that completed this challenge were standard equipment Rubicon models. In addition to the standard equipment, both vehicles were fitted with Goodyear MT/R tyres, electronic altitude measuring technology and winches. The Wrangler is offered in Australia with choice of an all new 2.8-litre common-rail turbo diesel engine as well as a new 3.8-litre V6 petrol engine. It is also available with the choice of a four door Unlimited variant for the first time.