One of the most eagerly awaited debuts of the Melbourne International Motor Show this year was the all new BMW X5 Sports Activity Vehicle. Bigger, stronger and loaded with the latest technology, the new X5 is BMW's emphatic answer to the challenge of improving on a vehicle that was already the class leader. New diesel and petrol engines give it better performance and economy, and for the first time it offers a seven-seat option. Engine options are a 3.0-litre turbo-diesel and a 4.8-litre petrol V8 at launch, with a 3.0-litre petrol six-cylinder due mid-year, all mated to a new six-speed automatic transmission.

The new X5 also builds on the class-leading dynamics established by the original X5 when it arrived in Australia in 2001, with even greater abilities on and off road thanks to a new suspension system using double wishbones at the front and an integral-IV rear axle. Adding further to its dynamic abilities are leading-edge technologies such as active steering, AdaptiveDrive anti-roll suspension, BMW's xDrive permanent all-wheel drive system and a host of electronic safety and performance aids.

The all-new body is both longer and wider for more passenger and luggage space, and is trimmed and equipped to enhance the luxurious feel for driver and passengers alike. Average fuel consumption figures are improved across the board, thanks to improved engine efficiency and the light weight of the body structure, which remains close to that of the previous model despite its extra room. 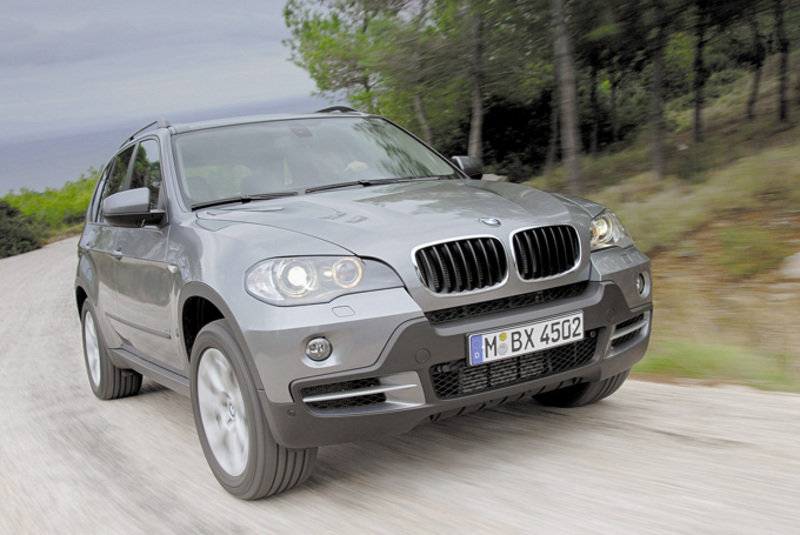