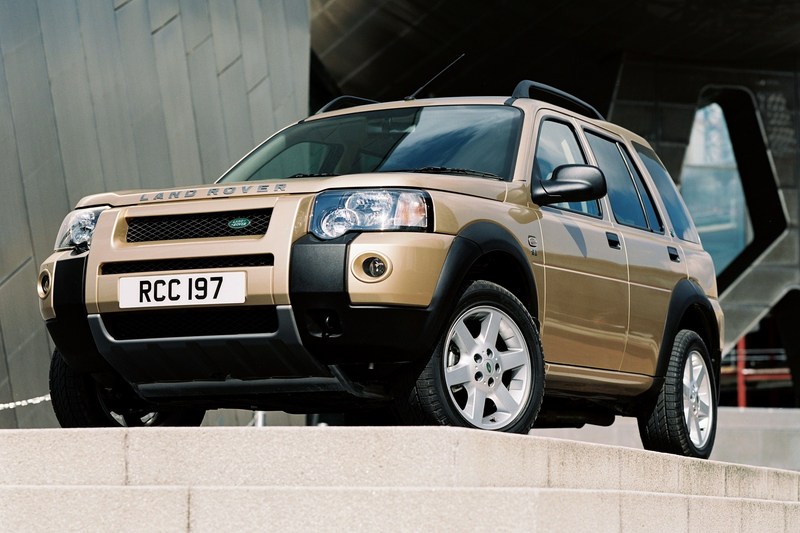 The Freelander has had a checkered history in Australia, more to do with issues of pricing and promotion than the product
Land Rover was one of the first companies to jump on the compact 4WD bandwagon with its Freelander, which had enjoyed great success in Europe.

The Freelander has had a checkered history in Australia, more to do with issues of pricing and promotion than the product. Take for example the current turbo-diesel Freelander - an absolute cracker of a vehicle, but priced so far above similar competitors that for many prospective buyers, it doesn't even make the final cut.

This has been a problem for Freelander since its introduction, and in 2004 an attempt to leapfrog the vehicle back into prominence saw the Freelander comprehensively upgraded, with an improved interior and major external revisions.

"The goal for the 2004 Freelander was to improve the premium feel of the vehicle, and to introduce the latest Land Rover family look, as seen on the new Range Rover and 2003 Discovery," said Land Rover's managing director Matthew Taylor.

The major change for 2004 was to Freelander's styling, with a new nose section that looked more aggressive, along with styling cues to link it with the Discovery and Range Rover DNA. There was a new front bumper, headlamps and mesh grille as used on the Range Rover. The rear bumper was coloured and tail lights repositioned higher on the bumper.

The cabin of the 2004 Freelander was also restyled, to improve comfort and the feeling of luxury. There was a new fascia, new instruments, new switch gear, door trims and new seats, offering better body and under-thigh comfort, plus new upholstery fabrics.

Unlike other SUVs of the day, the Freelander was powered exclusively by diesel. The 2.5-litre V6 introduced in 2001 was dropped, leaving a 2.0-litre turbo diesel as the only choice.

The 2004 Freelander is among the most competent compact 4WDs for moderate four wheeling. Its full-time four-wheel drive and a host of high-tech electronic systems, such as Hill Descent Control and Electronic Traction Control, allowed the Freelander to wade through water, climb and descend slippery slopes, and give driver confidence when the going was tough.

As before, key mechanicals were tucked safely out of harm's way. For example, the Freelander's steering rack was mounted high on the bulkhead, unlike most rivals, keeping it well away from off-road dangers and the front wings were made from dent-resistant thermoplastic, which could shrug off low speed bumps.

As before, the Freelander came in two body styles: three-door featuring a removable hardback or fold-up softback - unique in its class - and five-door.

Electronic Traction Control works in conjunction with the four-wheel drive. If a wheel should spin, the power is instantly diverted to the wheel that still has grip, helping the driver to move away.

The brakes are moderated by Electronic Brakeforce Distribution, a computer-controlled system that ensures braking is automatically applied to maximum effect, cutting stopping distances and boosting safety. Unlike many rivals, the Freelander's 4WD drive operates full-time.

Even the automatic gearbox naturally senses the conditions, modifying its gear change patterns on steep hills ('mountain mode') or going down precipitous drops ('descent mode'). The long-articulation fully independent suspension was also much tougher than most rivals' and provides stability on rough roads or tracks.

Inside there were new trim materials, including the use of leather upholstery in some models and metallic finishes. Two new interior colour schemes were introduced - alpaca beige and light tundra.
A new style of seat was used across the range, offering improved body and under-thigh support. The fascia was new, as was the instrumentation. The switchgear was improved and the door trim new - although the practical and wide door map pocket with bottle strap was retained. The electric window lift switches were now positioned in the door trim on the five-door models.

The centre console was also new, as were the larger cup holders mounted in the centre of the fascia.

The in-car entertainment system was also improved. A single-slot CD player was standard, as were six speakers. A six CD autochanger was used on the top-range derivatives, with premium Harman/Kardon amplifier and eight-speaker sound system.

The Freelander was completely re-engineered for the 2001 model year, when new engines, transmissions and numerous quality improvements were announced. Over 70 percent of the vehicle was new. Since then, there have been further mechanical improvements, improved heating, ventilation and air conditioning. Revised windscreen wipers and rear seat latching were amongst the detail improvements for 2004.

The Land Rover Freelander is among the best off-roaders in its class. Its off-road ability is the result of Land Rover's expertise in 4WD technology.

Following the Land Rover creed, the Freelander had to be able to climb and descend slopes, and be able to drive - without slithering or tipping - on a 30-degree side slope.

Freelander's full-time 4WD - the torque to the rear wheels varies, depending on traction needs - and the advanced electronics are two of the reasons for the vehicle's off road capability. Aided by electronic traction control and hill descent control, the Freelander was among the first to introduce such technologies in a soft roader.

The Freelander featured underbody protection and key components were up high out of harm's way. The rack-and-pinion steering was mounted high on the bulkhead and the steering arms came off the centre of the rack, rather than the ends. The arms were therefore longer and could articulate better, helping wheel articulation and off-road ability.

The 2004 Freelander was offered in one three-door and three five-door models, in manual and automatic, and in two trim levels. Pricing started at $39,950, rising to $46,450 for the 5-door SE Automatic wagon. 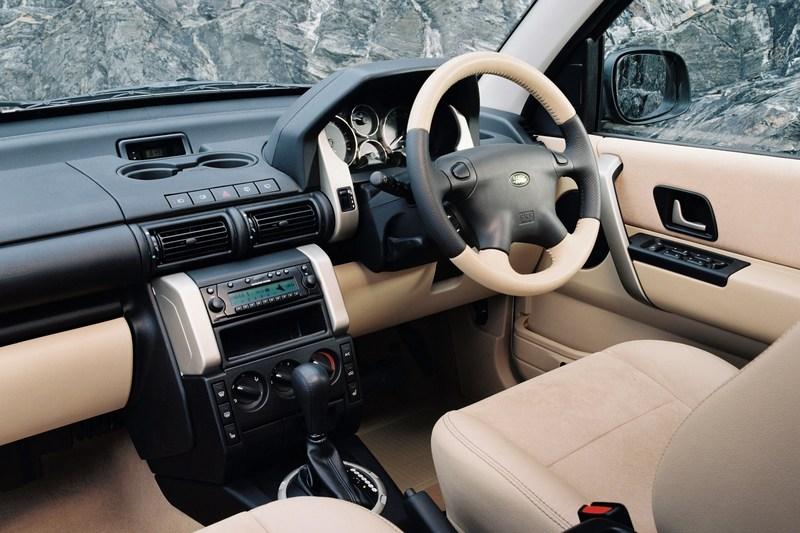 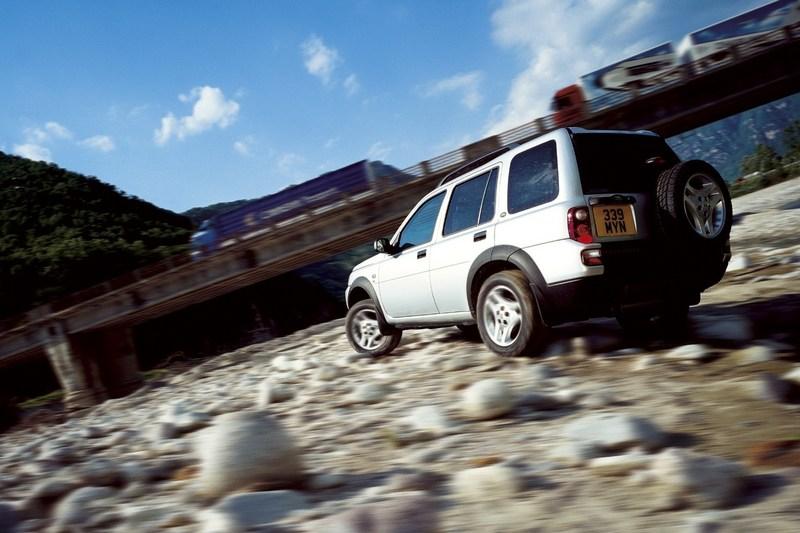