With a body raised 50mm above the chassis, a roll cage replacing the roof, a 'tubbed' rear end and a stripped out - but far from Spartan - interior, sporting Monaro seats, a 1680 watt premium audio system, CB radio and dash-mounted GPS system, the Jack8 looked the part. It was fully street legal, but Holden had no plans to put the Jack8 into production.

The Jack8's extreme styling - its Jackaroo SE origins being barely recognisable - was largely the work of young Holden Design team member Warrack Leach, who took his inspiration from open top, off-road V8 desert racers. It was a lightweight machine, stripped down for action and fitted with Mickey Thompson 'Baja Claw' tyres on 16x8 wheels. The spare was carried high on its fastback roll cage, and a CD aerial flanked by twin halogen spot lights was atop the centre bar. Up front the modified front bar housed an electric winch and twin halogen lights. It was finished in brilliant deep red metallic paint with a tinted top coat.

There was a windscreen, but the rest of the glass was gone, along with rear doors, while driver and passenger doors were extended by 200mm. This gave access to a custom finished, hand trimmed interior that accommodated four in black leather Monaro bucket seats, the front set equipped with the coupe's electric slide fold forward system. Further highlights included a Momo sports steering wheel, Monza alloy pedals and rubber floor and side trim.

As to the whereabouts of this vehicle today, I suspect it was either eventually sold off by GM Holden or broken back down. Either way it is one of those intangible pieces of 4x4 automotive history that is gone forever! 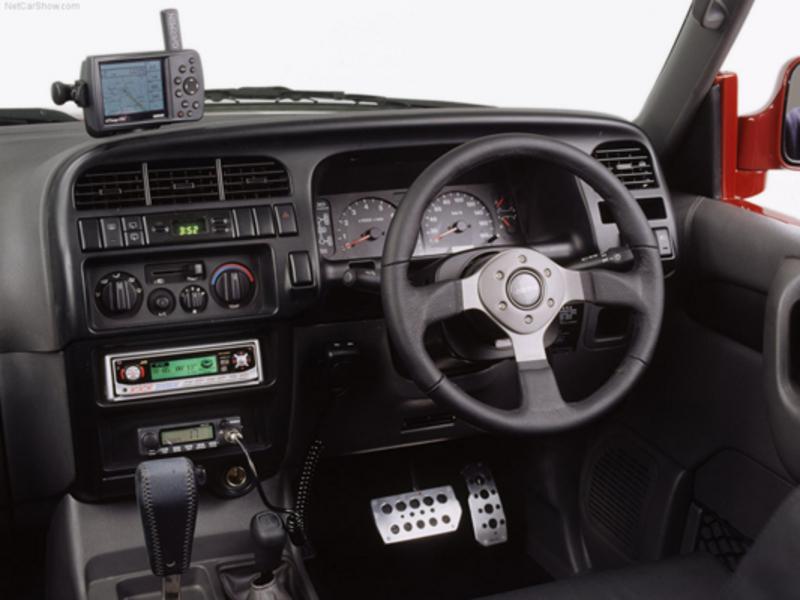 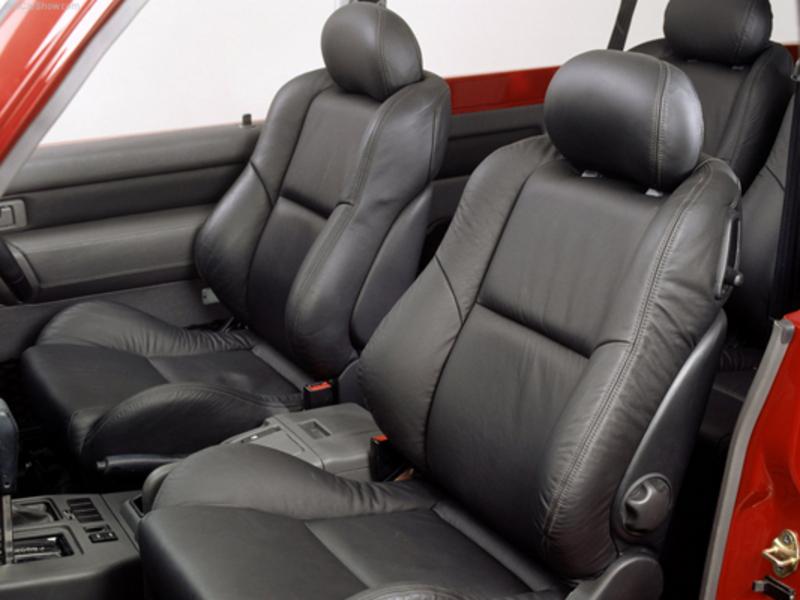 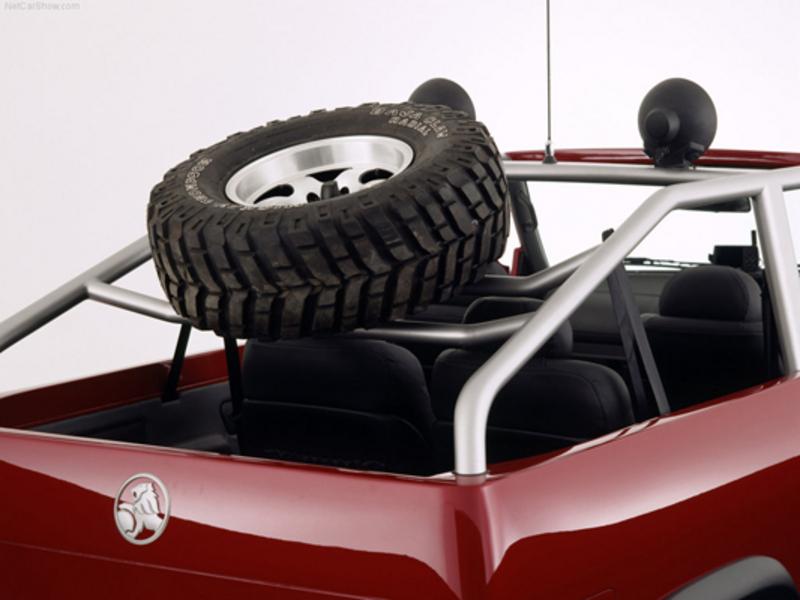