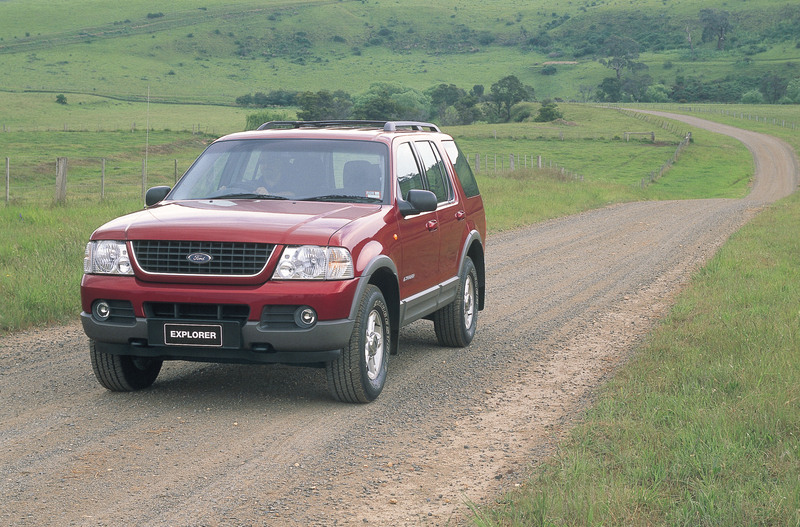 Proclaimed as the world's biggest selling 4x4 - largely thanks to success in its home market of the USA - the US built Explorer arrived down under to find it couldn't hack it against better riding, better prepared and better value Japanese competitors. In its class, Mitsubishi's Pajero and Toyota's Prado highlighted Explorer's shortcomings, and yes there were plenty. Ride was never a high point, along with ordinary seating, average build quality, cramped footwell, a soft and sloppy suspension, vague steering and limited off road ability. Throw in the Firestone tyre debacle back in the States and the Explorer was never going to make a positive impact in Australia. Ford Australia was aware of the problems and despite a number of attempts to band-aid the problems, more serious surgery was needed. Surprisingly, the new generation Ford Explorer introduced in 2001 was vastly superior to the one it replaced.

Australian suspension development:
A lot of Australian development input went into the 2001 Explorer, with the result that most areas of complaint were addressed. The new Explorer was built on a new box section chassis with a longer wheelbase, wider track and substantially revised suspension, that included unique bushes, spring and damper settings. The chassis was 350 percent stiffer, with a 26 percent improvement in vertical and lateral bending. This enabled engineers to fine-tune the ride and handling as well as further insulate the cabin from external noise. Finally Ford delivered a suspension setup suitable for local conditions, transforming Explorer's road behaviour.

Powerplants:
Powering Explorer was an improved V6 and a new all-aluminium 4.6-litre V8 engine. They were matched to improved 5-speed manual and auto transmissions, a sophisticated new electronic engine control and a refined Control Trac 4WD system. Essentially its all-wheel drive system detected wheel slip and automatically sent more torque to the axle that could best cope with it. The 4.0-litre V6 was upgraded to deliver 157kW power, while the V8 peaked at 178kW. Both offered loads of torque, 344Nm and 382Nm respectively. The V6 could be specified with 5-speed manual or automatic. The V8 was only available with the 5-speed auto box. No diesel alternatives were offered, and neither engine was suitable for gas conversion. 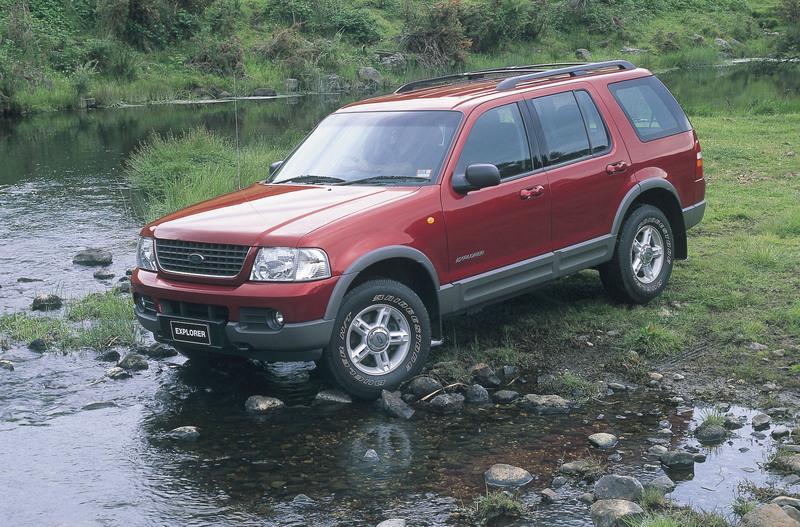 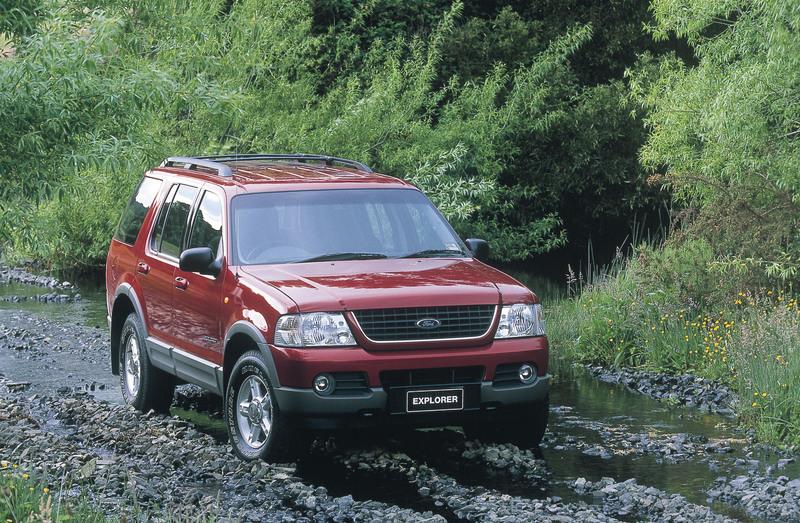 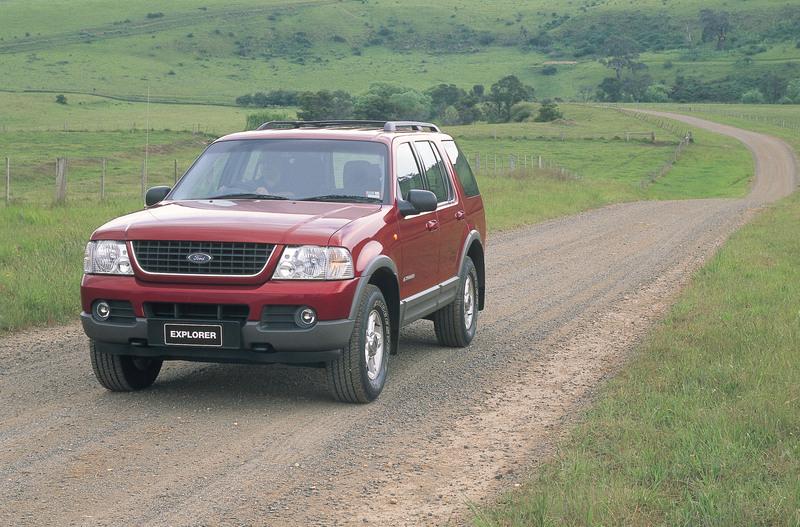 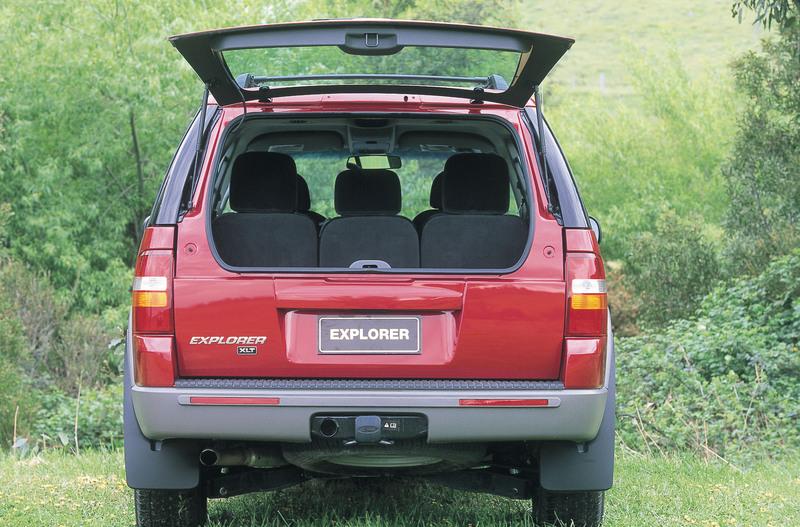 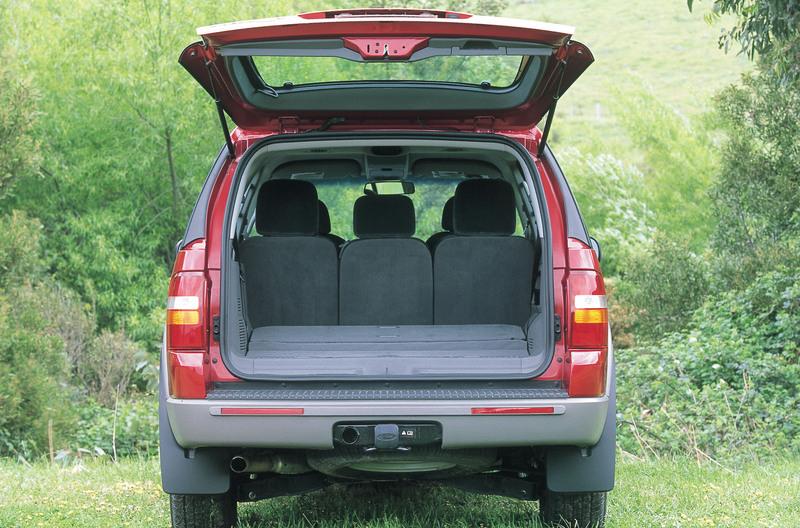 4x4 system:
Explorer offered an interesting all-wheel drive system, with 2-speed transfer case. Equipped with Ford's Control Trac, it runs in full-time 4WD, although the majority of the drive is delivered to the rear wheels. For improved traction, three push buttons on the dash allow the driver quick 4x4 selection - 4x4 auto, 4x4 High and 4x4 Low. In 4x4 auto 96 percent of drive was directed to the rear wheels and 4 percent to the front. 4x4 High locks drive 50:50 to front and rear. It could be selected/deselected on the fly. 4x4 Low engaged a sliding gear, which provided 2.5:1, gear reduction. The 2001 Explorer is more capable than its predecessor, but is not pitched at hardcore four-wheel drivers, but rather as a family 4WD capable of tackling occasional 4x4 trails. Independent suspension limited off road ability, and exposed struts were prone to damage in tougher terrain. Its 226mm ground clearance was respectable, but body clearance angles were poor.

Inside story:
The 2001 Explorer featured a fully refurbished interior, and also benefited from the improved suspension, with reduced external noise and vibration levels. There were many enhancements to improve sound damping, including dual door seals, additional insulation in the hood, wheel wells, fenders, pillars and driveshaft tunnel. One of the most striking attributes of the Explorer was the roomy interior. Ford cleverly increased interior dimensions - enlarged by 64mm - while for the first time Ford offered an integrated third-row seat. When it came to packing an Explorer, the cargo area was huge! Jump in and you nearly needed a cut lunch to crawl around it. The cargo area had depth and maximum vehicle width. There was a cargo blind covering the cargo area, the spare wheel located under the cargo floor, and there were several extra storage holes for items such as recovery gear or spares.

There were two 12V plugs for running accessories. Due to the suspension arrangement, the rear floor was actually lowered 180mm, which further aided loading. The second row seat split 40/20/40 for easy access and cargo carrying. The splits provided great versatility to load awkward shaped items. The dash had been "de-Americanised" and had a more familiar look about it. Dash layout was sensible, with functional knobs easily on hand. Storage bins were found in the doors, while the cigarette lighter and ashtray were cleverly hidden behind a panel. There were also the obligatory cup holders and a neatly finished centre console. Attention to detail was impressive, with T-bar gear shifter set on an offset angle for driver's ease of use, cruise controls located on the steering wheel and a comprehensive information centre providing updated information. Seating was supportive and comfortable, with good forward vision over the broad bonnet.

On the road:
The V8 was a dream to drive, even with a trailer on tow. It could tow a 2500kg braked trailer and ride and handling were compliant and controlled. Ford's local suspension tuning was spot on and the vehicle was a joy to drive spiritedly on dirt roads.

Wrap up:
The 2001 Ford Explorer was the first Explorer sold in Australia that didn't disappoint. Improvements were substantial and its convenience features and towing ability set it apart. Its roomy interior was also first rate. On the downside was its thirst for fuel, with 15-litres per 100km around town considered average usage.