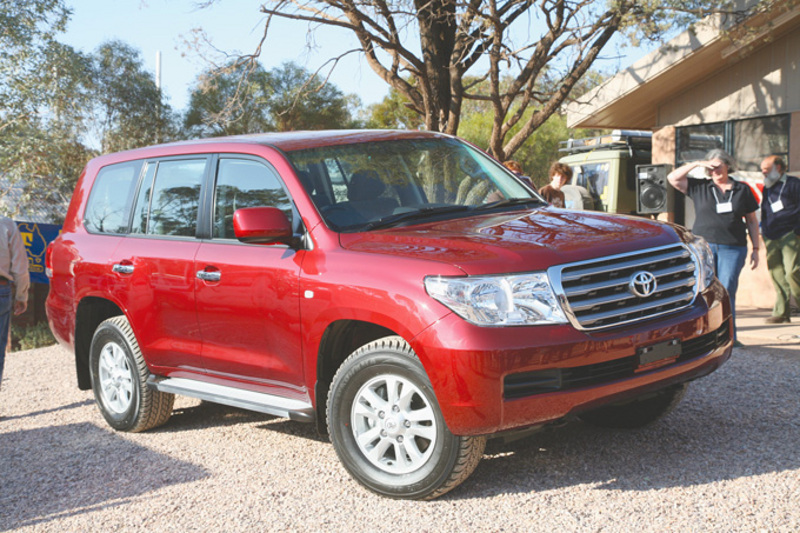 Deep in the Flinders Ranges Just 4x4s and some of Australia's most enthusiastic Landcruiser owners were treated to an exclusive briefing and access to the new vehicle. Pictured is the GXL (entry level) 200 Series prototype, which has been used extensively for durability testing and media photography. Accordingly, as good as it looks, it is destined for the crusher having virtually fulfiled its purpose. Power and torque are up with the 200 Series offered only with choice of V8 petrol or the awesome 600Nm plus, V8 turbo diesel engine. The V8 petrol is available in three specification levels - the entry level GXL (similar to current GXL?100 Series specification), VX and Sahara.

The platform has been completely redesigned and retains a full frame structure, which has been strengthened to increase safety, reduce noise and vibration and enhance interior comfort. New Landcruiser is 60mm longer, 30mm wider and the roofline is 15mm higher. As there are no straight six diesel engines offered, the engine bay was shortened marginally to increase interior space. The vehicle is approximately 200kg heavier than the 100 Series it replaces. Standard transmission is a 6-speed automatic, with no manual options available. Another new feature is the use of a start/stop button on the dash. The driver carries a key fob that allows activation by the button. A double wishbone front suspension with coil springs replaces the previous torsion bar setup, improving handling and stability.

In another breakthrough for Australia, the new Landcruiser is available with the Kinetic Dynamic Suspension System (KDSS) - originally developed by WA company Kinetic. This hydraulic system, used for the first time in a Toyota, controls the front and rear stabiliser bars to provide excellent on road stability. KDSS also provides outstanding off-road performance through a larger suspension stroke achieved by effectively disabling the stabiliser bars. New Landcruiser petrol models feature a new "crawl control" system for driving on surfaces such as rocks, sand or steep hills. Toyota's Crawl automatically controls the engine and brakes to maintain very low speeds with minimal spinning or locking of the wheels. It allows for speed adjustments between approximately 1km/h and 5 km/h. Three speed settings can be selected by the simple turn of a dial.

This allows the driver to have a greater focus on steering and is also effective at extracting the vehicle if it becomes stuck. Landcruiser can split power between the front and rear wheels through a Torsen limited-slip centre differential built into the transfer unit of its full time all-wheel drive system. Turbo diesel models gain 'Downhill Assist'. A newly adopted multi-terrain anti-skid braking system is employed. Safety advances include a stronger body structure, vehicle stability control and up to 10 airbags - front, side and knee airbags for the driver and front passenger, side airbags for the outboard second row seats and curtain shield airbags for all three rows. Inside, Landcruiser offers more space for up to eight people. Available features include Smart Entry and Smart Start, Bluetooth mobile phone connection, satellite navigation and steering wheel controls. GXL models retain the dual 90 and 45-litre fuel tanks, but VX and Sahara turbo diesel models do not have the sub tank. A tow bar is incorporated into the rear bumper.

While official figures were not available, ground clearance looked to be less than the 100 Series. A host of Toyota Genuine Accessories are also planned to complement the vehicle. Pricing was not available at time of going to print.
Brian Tanner 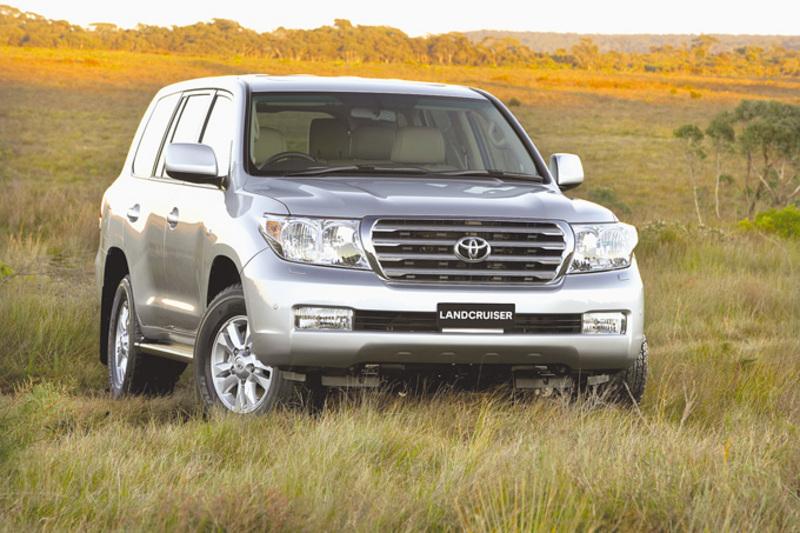 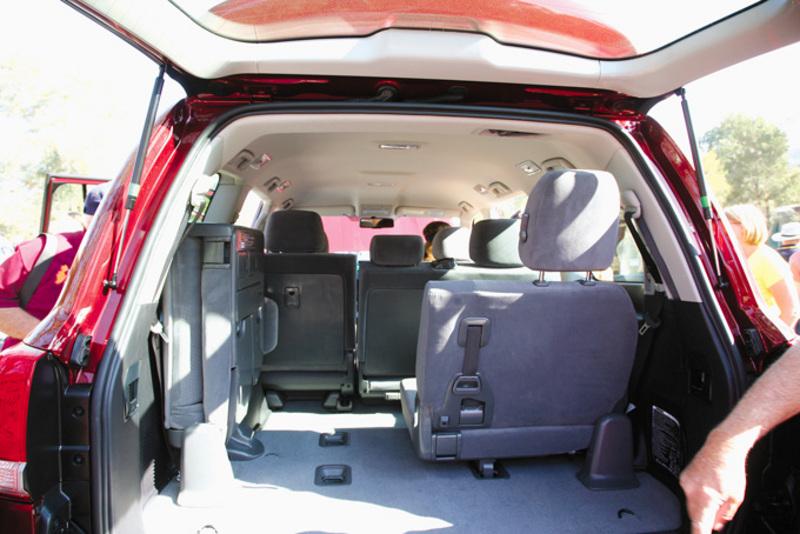 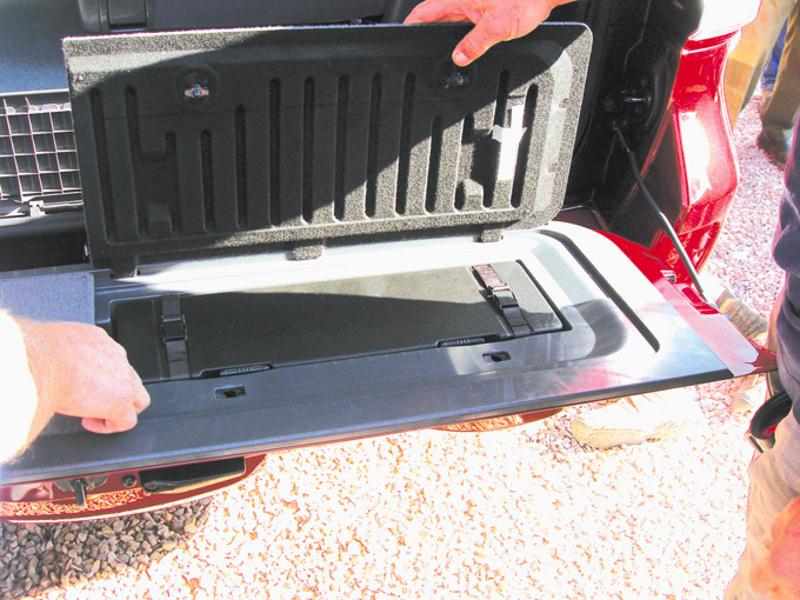 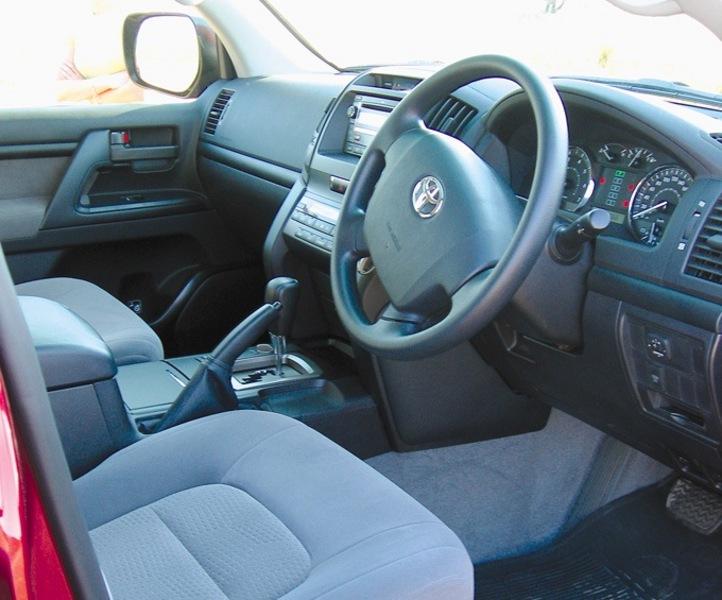