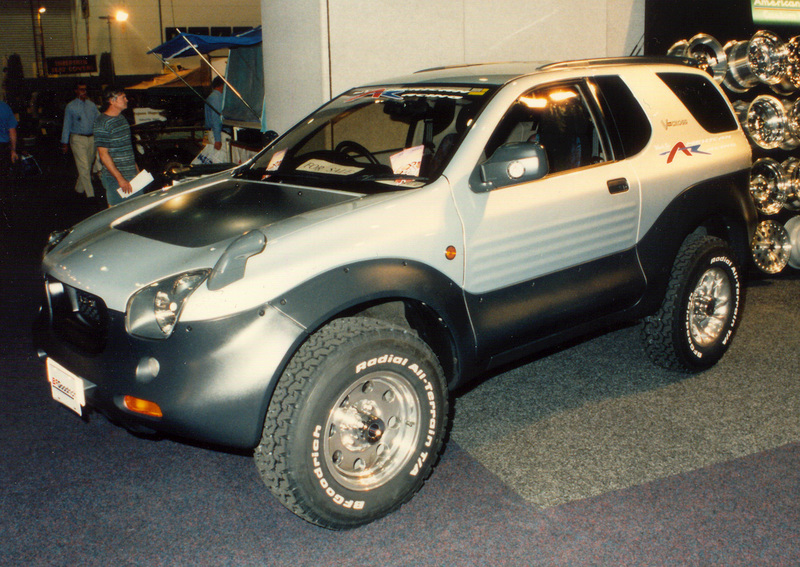 Slick styling, in-dash monitor, body cladding and futuristic design made the VehiCross stand out from the crowd.

The VehiCross was revealed to the public as a production ready SUV at the New York motor show in 1997, having previous been shown as a concept at the Japanese motor show in 1993. Unlike many concepts that manufacturers build especially for motor shows, Isuzu went on to build the stunning 4x4, with Holden importing and selling a handful in 1999.

Even today the VehiCross stacks up pretty well against the latest crop of all-wheel drives that have had the benefit of more than ten years of additional development and research.

In the VehiCross, Isuzu set out to create a vehicle with off-road credentials that could bridge the gap between the compromises of on and off road handling. Isuzu wanted the best of both pies, delivering a vehicle with a generous 8-inches of ground clearance and spirited on road handling.

Underneath its slick styling the VehiCross shared much in common with Holden's Jackaroo 4WD - also built by Isuzu.

The front-engined four-wheel drive was powered by the familiar 3.2-litre DOHC V6 engine used in the Jackaroo, although it gained extra power, boosting capacity by 30kW to 160kW.

But that's about where the similarity to the Jackaroo finished, with the VehiCross adopting futuristic styling (for 1997), with low roofline, integrated rear cargo door and spare wheel. Heavy use of bold polypropylene side body cladding, sloping hood and wide windscreen conveyed an athletic look, with off-road overtones. There was an airplane style fuel filler, integrated driving and sidelights and P245/70R 16 tyres and rims.

The VehiCross body comprised an upper section of zinc-plated steel and unpainted polypropylene on the lower half. Composite bumpers and under body mouldings completed the body design.

Inside there was seating for four, with Recaro front seats and rear folding 50/50 back seat, tinted glass and leather wrapped steering wheel. Very much second guessing today's market requirements, the VehiCross came with a built-in 5-inch colour monitor which provided rear view. This was a useful item as rear vision - especially over the spare wheel - was poor.

The instrument housing had a stylised carbon fibre tachometer and speedometer, along with fuel and temperature gauges. A TOD indicator also provided the driver with information regarding the proportion of front and rear torque at any given moment. There were also winter and power drive mode displays.

A 3.5-litre V6 engine powered the VehiCross. It featured a variable intake system with the twin overhead cams (instead of one as found on the Jackaroo), which boosted power by 30kW. The V6 delivered 160kW of power and produced a flat torque curve, which combined to enable brisk acceleration and instant engine response.

The VehiCross used an automatic torque on demand Borg-Warner four-wheel drive system that was essentially a rear wheel drive arrangement, with traction delivered up to 50:50 to the front and rear wheels when slip was detected.

Twelve input sensors were used to monitor tyre slip, feeding information back to the TOD system which allocated torque as required, ensuring a smooth, seamless distribution of power to all four wheels. The TOD system constantly adjusted wheel torque from 0:100-rear drive to 50:50 4WD, or any ratio in between.

The high/low range change was performed by a planetary gear mechanism. In 4 Low the planetary gear reduced the driving force before transmitting to the wheels. The drive to the rear wheels was transmitted by direct coupling and, in order to transmit the force to the front wheels, a sleeve mechanically locked the drive sprocket - the force being directly transmitted to the front wheels via a drive chain, bypassing the electromagnetic clutch altogether.

The seating position was low and rear vision was poor, due mainly to the bulging integrated rear tyre carrier. The VehiCross looked good and for its time certainly was a forerunner of the SUV market. Handling and response were sharp, and acceleration brisk. With only a handful sold in Australia they remain a unique collectors' item. 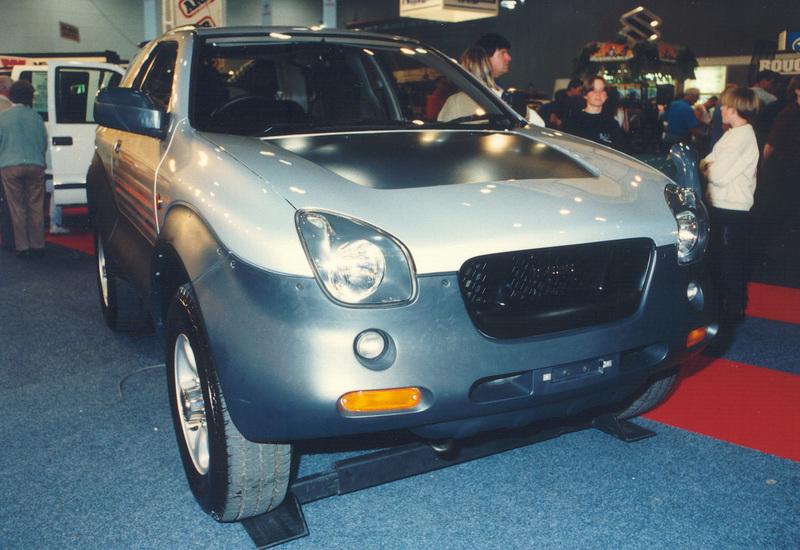 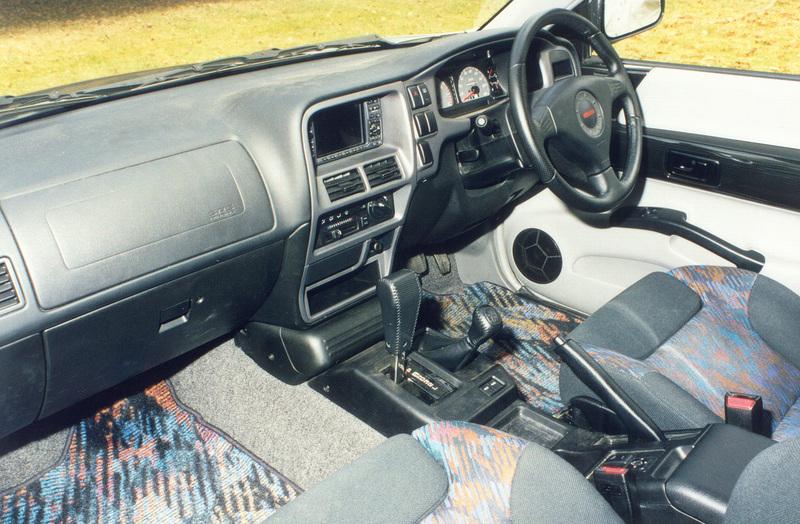 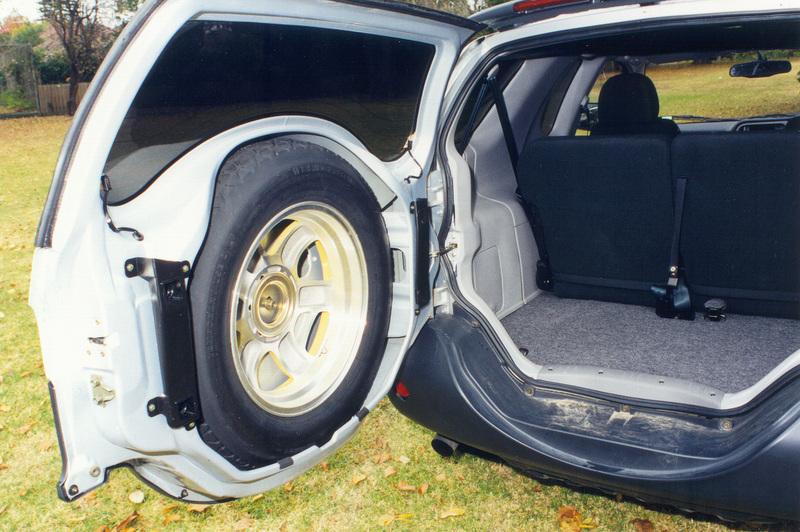 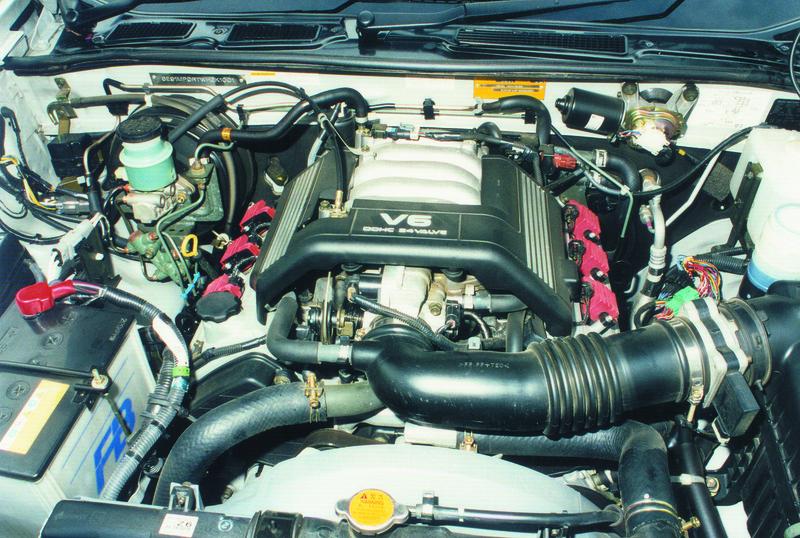