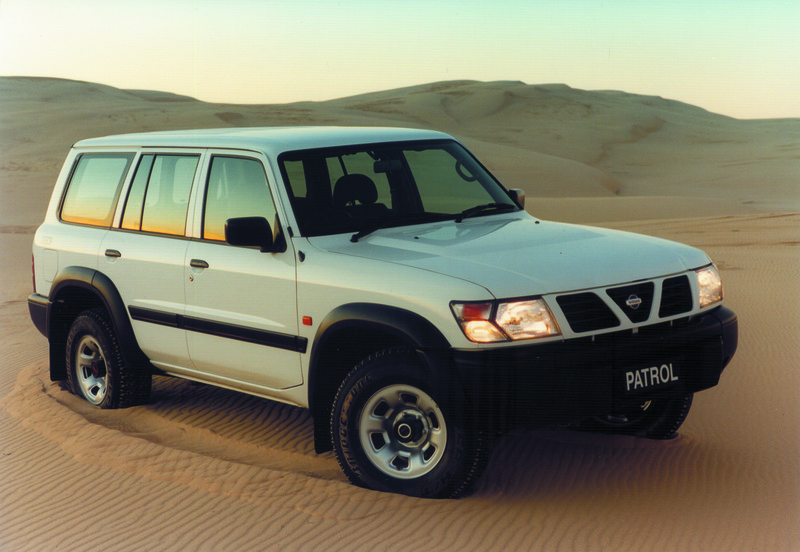 After 10 years with the same body shape, Nissan finally revealed the new Patrol at the Frankfurt Motor Show in 1997, with the new vehicle available in Australia in 1998.

After 10 years with the same body shape, Nissan finally revealed the new Patrol at the Frankfurt Motor Show in 1997, with the new vehicle available in Australia in 1998.

The all new GU Patrol was the fifth generation of Nissan's flagship off roader and replaced the venerable GQ Patrol. The GU Patrol was a giant step forward, with sophisticated styling, transformed passenger and cargo space and all new engines. Despite its modern look, the Patrol remained an uncompromisingly rugged 4WD. One of the strengths of the GU Patrol was its roominess and the fact there was even more interior space - extra leg, shoulder and elbow space, plus an extra 42 percent luggage capacity compared to the GQ.

So what was new? Nissan engineers built on the traditional strengths of the Patrol, and in so doing produced a vehicle that boasted improvement in all departments. The Patrol had a stylish new body. Contemporary in design, the new exterior is far more streamlined and aerodynamic, yet retained a tough off-road look. Dual fuel tanks (95-litre main, 40-litre sub) were a welcome addition for long range touring. For off-road trekking, the new Patrol had an improved wading depth of 700mm, and the turning circle was 10 percent better than that of the superseded GQ models. Safety and security systems were improved, and towing capacity was up to 2800kg. A new drip-channel shape and heavy-duty railing doubled Patrol's maximum roof load to 200kg.

Models
Australian buyers were initially offered a 4.5-litre petrol model, followed by the 2.8-litre turbo diesel, with the bigger 4.2-litre diesel arriving later in 1998. The new lineup consisted of three petrol and two turbo-diesel models in three specifications: the base DX workhorse, volume selling ST variant and the luxury TI model. The DX model was available only with intercooled turbo-diesel, matched to a five-speed manual transmission. Later in the year a 4.2-litre naturally aspirated six-cylinder diesel arrived.

ST buyers had a choice of the 2.8-turbo-diesel, or the 4.5- litre petrol six in manual or automatic specification. The new Nissan benchmark TI wagon was available only with the new petrol 4.5-litre six, matched to a four-speed, dual range automatic. DX and ST models came with a standard limited slip differential while the TI added a vacuum operated differential lock, operated from the dashboard. A driver's side airbag was standard for the ST and top of the range TI. The top model also gained a passenger's side airbag and ABS brakes.

Both standard and TI Patrol models came with standard alloy side steps while the TI also gained an SRS-airbag-compatible polished stainless-steel bullbar. Front and rear mudflaps were standard on ST and TI models. The DX had seating for five while ST and TI models had standard seating for seven. The TI added four-way electric controls for the drivers seat (including height and lumbar) and two-way electronic adjustment for the front passengers' seat. The TI was crammed with luxury items with leather interior, cruise control, six-stack CD, dual airbags, climate control, air-conditioning, roof-mounted LED display for temperature and compass, extensive use of woodgrain throughout the dash and interior, ABS brakes, and standard bullbar.

The ST models offer plenty of creature comforts with standard CD player, electric windows, central locking and cruise control. One of the best features standard to all models were the new dual fuel tanks.

Styling
The Patrol had more rounded styling, and a new front grille in keeping with other Nissan 4x4s. The exterior is uncluttered with smooth flowing lines and rounded. Shaped halogen headlights distinguish this Patrol from its predecessors. Wide, curved guards, integrated bumpers, and raised front under tray highlighted the Patrol's wide stance and high ground clearance. Glass area was increased to enhance the feeling of interior space, and frameless one-piece doors enhanced the smooth profile appearance, as well as contributing to vehicle rigidity and better sealing. The popular 60/40 vertically split rear doors were retained, and the spare wheel rear mounted.

Engines and driveline
The Patrol was offered in a choice of improved petrol and diesel engines. The new TB45E in-line petrol six provided 145kW of power at 4400 rpm and torque of 350Nm at 3600 rpm. The engine is derived from that found in the GQ, with the muscle increased from 4.2-litre to 4.5 by an increase in bore size from 96mm to 99.5mm. This combined with other efficiencies produced 8 percent additional power and nine percent torque improvement. Displacing 4.479-litres, the TB45E delivered flexible and powerful acceleration, with the flat torque curve well balanced for highway cruising or off-road performance.

The five-speed manual or four-speed automatic gearbox fed power into a two-speed drive transfer. The manual gearbox had synchromesh on reverse and first gears to enable shifting from first to reverse and back again, even while moving slowly - a handy tool when stuck in extreme conditions. The auto had a lock-up torque converter on third and fourth gears. A conventional front differential and a rear limited-slip differential split power to auto locking hubs.

Four-wheel drive remained part time, with selection between 2WD and accomplished on the move. While manual free wheeling hubs are found on the base DX, ST and TI models had automatically engaging hubs. A dual range transfer case provides flexibility for full-blown four-wheel driving. A limited slip differential was provided on DX and ST models while the TI featured a vacuum operated differential lock. It included a dashboard alarm which sounds should speed exceed 20 km/h with the differential locked.

The transmission and 4WD lever layout remains the same, although ease-of-use was substantially improved. Driveline smoothness was enhanced by the addition of a diaphragm damper between the clutch servo and the clutch pedal to reduce transmitted noise and pedal vibration. The GU Patrol maintained a strong ladder frame chassis, live axles and coil suspension. Disc brakes were fitted all round.

It was considered unusual at the time that Nissan did not choose to go down the full time 4WD path, while their choice of engines remained fairly basic. Compared to the power plants used in the Toyota Landcruiser 80 Series the Patrols were barely in the game! The GU Patrol gained increased weight, while the wider track provided greater stability. The GU Patrol went on to be a reliable and robust 4x4, with the current Patrol its latest derivative. 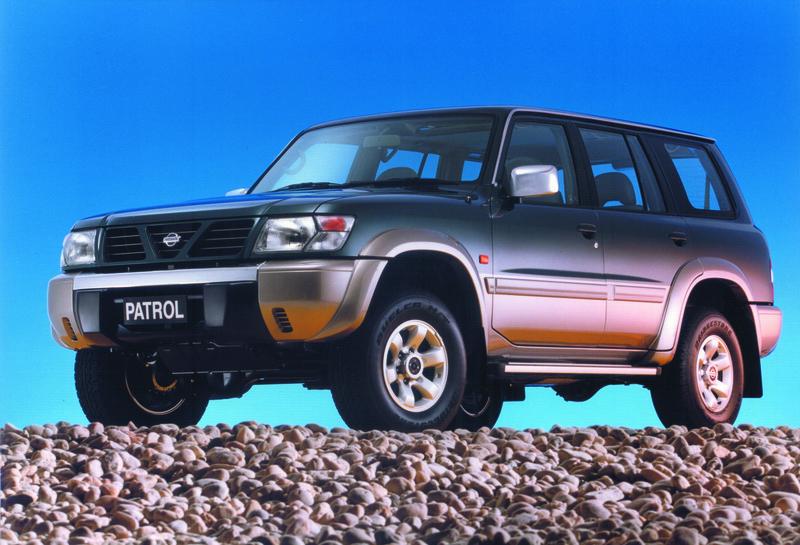 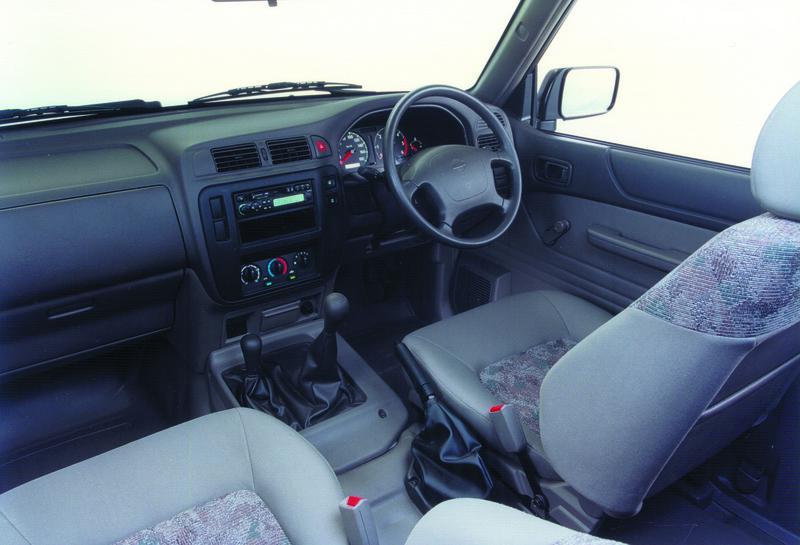 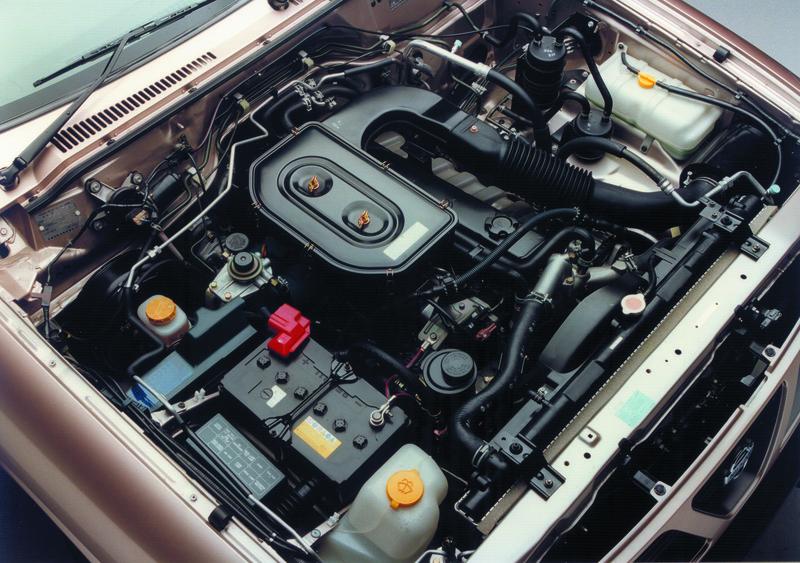