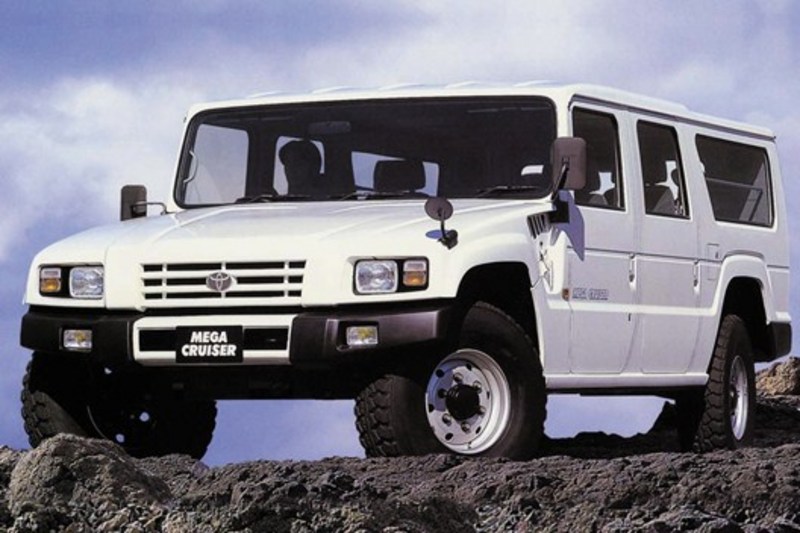 Fuel consumption wasn't an issue and in true American style, 'big was better', with the Hummer making an impact in movies such as Broken Arrow and Independence Day, as well as being the star of the Gulf war. It was cool to be seen in one, and civilian sales took off for the Hummer.

Not to be outdone, Toyota briefly entertained the notion of going head-to-head with Hummer and produced a not too subtle Toyota Hummer look alike, which shared the unmistakable macho and muscular proportions of the Hummer. It was dubbed the Megacruiser.

Military styling was similar to the Hummer, but bodywork was neater, sharper and build quality higher. It shared the muscular profile of the Hummer, but lines were softer and built to appeal to a wider off road audience than the Hummer.

The Megacruiser featured advanced technology and promised outstanding performance in difficult terrain such as rocky terrain and steep slopes. It was designed to be an entirely new vehicle in the Toyota family aimed at the rescue and construction market.

The Megacruiser was brought to Australia and was the star of the Melbourne National 4x4 Show in 1997. It was supposedly here for market evaluation and testing, but seemed to die a rapid death. It was first revealed at the Tokyo Motor Show in 1993, where it faced threats from AM General, claiming it to be an unashamed copy of its Hummer. It would be hard to dispute their argument.

The specifications of the Megacruiser were impressive, featuring permanent four-wheel drive, 2-speed transfer and locking centre differential. It boasted 4-speed automatic transmission, four-wheel power steering and a four-cylinder 4.1-litre turbo-diesel engine. It produced maximum power of 116kW and 390Nm of torque at 1800rpm, compared to the Hummer's 141kW of power and 293Nm of torque.

Suspension was a double wishbone setup with stabiliser bars front and rear. It had 420mm of ground clearance, 108-litre fuel capacity and seating for six.

It was its physical dimensions, however, that set the Megacruiser apart. With a body 2170mm wide, nearly 5 metres in length and 2100mm high, the Megacruiser dwarfed all 'standard' 4x4 wagons! It was and remains the biggest 4x4 ever built by Toyota. It was only sold in Japan with military and civilian versions, but was not financially viable and was soon discontinued. 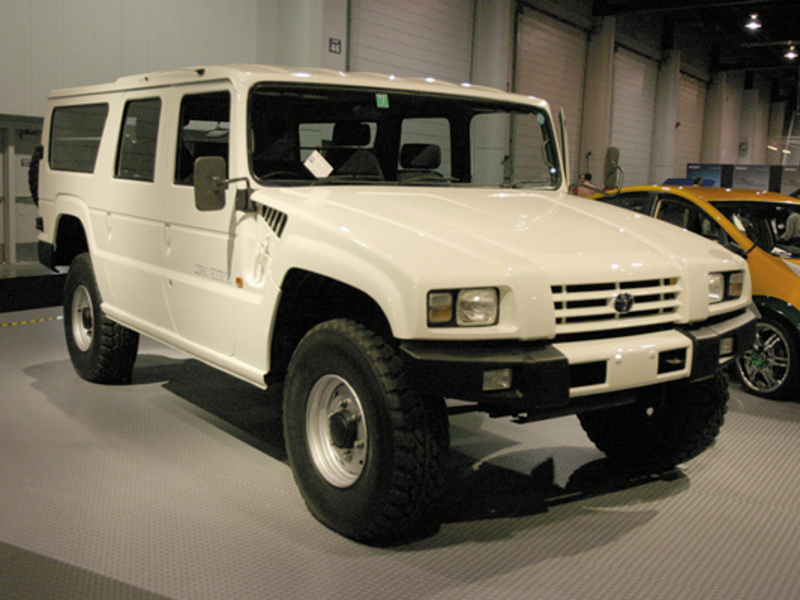