In an effort to maintain sales, Nissan became serious about competing in the luxury end of the 4WD market and introduced for the first time an automatic diesel and an ultra-luxurious interior.

The Ti model was a new addition to the Patrol range for 1990. Released in early December 1989, the fully equipped 'bells and whistles' Ti Nissan was targeted at the top end of the recreational 4WD market.

At the time, Nissan described the Ti as a no-compromise luxury 4WD, that they perhaps optimistically thought would lure buyers looking to replace a luxury sedan or up-market European or American 4WD.

Mechanically, the Ti Patrol was based on the existing ST model Patrol wagon. Power came from Nissan's 4.2-litre in-line six-cylinder petrol or diesel engines. The petrol derivative produced 125kW of power and 325Nm of torque, while in diesel form, power peaked at 85kW and torque an impressive 264Nm.

The standard gearbox was a five-speed manual, which incorporated synchromesh on reverse gear. For the first time, buyers opting for diesel powerplants could specify Nissan's electronically controlled four-speed automatic transmission. The four-speed electronic control automatic transmission was of Nissan design and featured a lock-up torque converter on third and fourth gear overdrive. A microcomputer responded to sensors supplying information on engine revolutions, road speed, position of the power/economy switch, throttle position and transmission oil temperature. The data was interpreted and a signal sent to the transmission so that optimum shift characteristics and gear selection was maintained at all times and under all conditions - with minimum shift and lock-up shock.

At the rear of the gear lever a power/economy switch was located. When 'power' was selected the torque lock-up in third gear and overdrive was cancelled allowing lower gears to hold longer and shift-up points to occur at higher engine speeds.

A chain drive unit replaced the gear drive transfer case of the previous MQ model Patrol. Quiet operation is a natural feature of chain-driven transfer gears, however the Ti had the added feature of a non-backlash mechanism to further reduce noise. This mechanism comprised a sub-gear with one more tooth than the counter gear, which was tensioned by a dish spring to maintain chain tension.

In 2WD, the power path carried directly in a straight line through the transfer case. When 4WD was engaged, power was split so that chain drive to the offset forward shaft was engaged via the chain.

At the rear, a 5-link long travel arrangement with trailing arms for axle location and a standard stabiliser bar was utilised. Double-acting telescopic shock absorbers were employed front and rear. Wide 10 R15 Bridgestone tyres were standard on the Ti Patrol, as were two-way automatic (with manual override) free wheeling front hubs.

Nissan employed a new front hub design whereby when 4WD was selected, the front hubs automatically locked. A manual locking facility was also provided to overcome the possibility of the hubs unlocking when reverse gear was engaged. A wheelbrace was used to turn a section in the centre of each hub, thereby locking the hub, until it was manually unlocked.

Nissan took a trip around their accessory bins and if it could be added to the specification, it was. The only customer options were choice of engine and drivetrain, which were carried over from the existing DX and ST models. The exception was the TD 42 diesel, which was offered with an automatic transmission.

The Ti was comprehensively equipped with luxury features, providing outstanding ride quality and engine performance. However, apart from some power equipped items, the majority of equipment had previously been available in the ST wagon.

The most eye-catching feature of the Ti wagon was the raised roofline. Compared to standard Nissan wagons, the Ti gained an additional 150mm of headroom with the raised roof. It also included an electrically operated sunroof. Power windows were introduced on the Ti as a new feature, with control buttons situated on inner door armrests. Central locking and power adjustable external mirrors were also standard items.

Seating was provided for seven with three rows of plush seats, the third row able to be folded in a number of split configurations for easy rear access. The third seat was located in the cargo area and could be folded up or removed completely. Full velour upholstery, covered seats and door interiors. 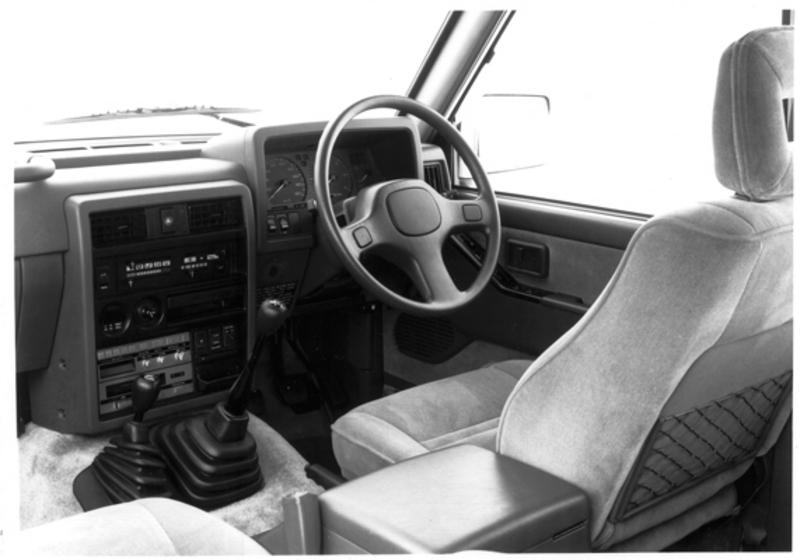 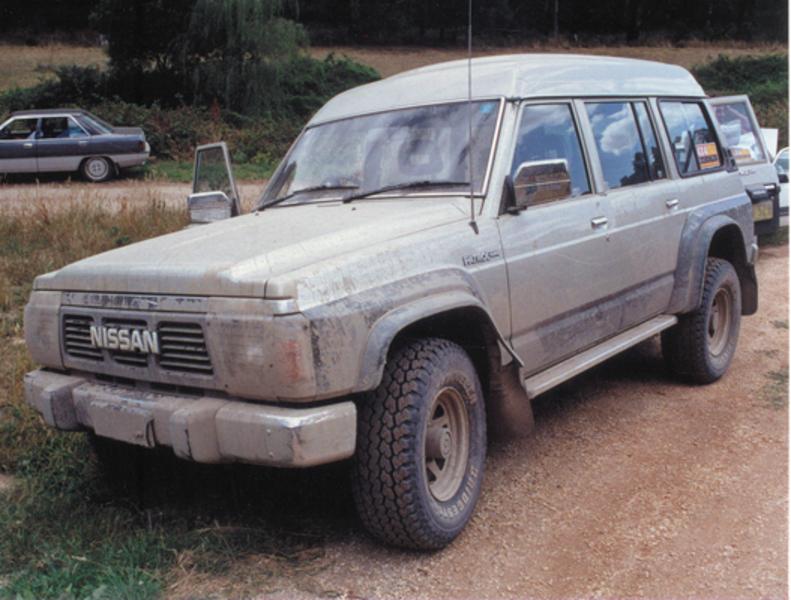 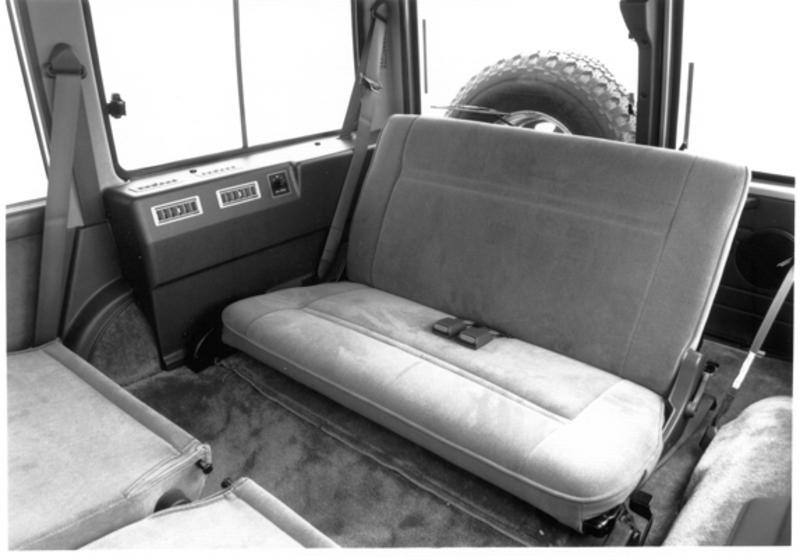 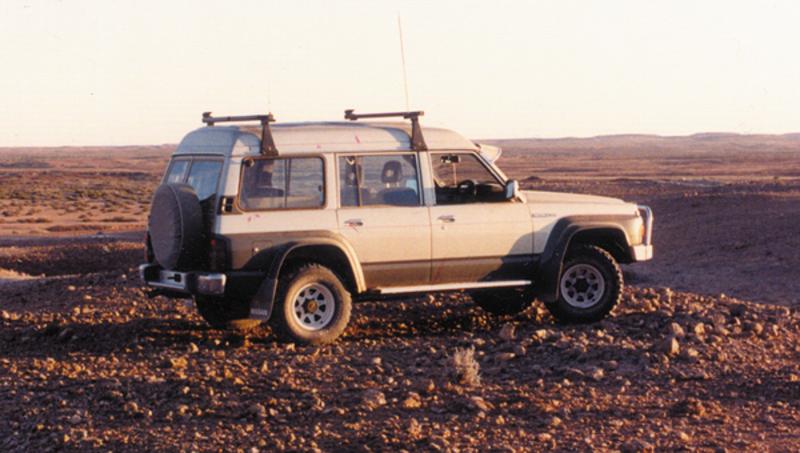