The easy answer is this: Willys invented the Universal Jeep, bridging the gap from military to civilian use. Like the first Land Rovers, the Jeep was promoted as an all-purpose farming machine, with the CJ-1 available with all manner of agricultural implements.

While the CJ series went on to become a major success over a number of years, another idea for a peacetime vehicle was to build a station wagon. Development began in 1944, and in July 1946, the Willys All-Steel Station Wagon went into production. It was part car and part truck and was America's first all-steel bodied station wagon.

The grille was instantly recognisable and was the starting point from which the vehicle was designed. The design was basic and easily adapted to a panel van or pickup. The steel body was easy to manufacture and safer than other wood bodied station wagons of the day.

The first Willys station wagons were all 4x2s. The front suspension was adapted from a design used on 1930 Studebakers. It consisted of a transverse leaf spring, connected to an A-arm that was attached to the chassis rail. Power was from the familiar Go-Devil 4-cyinder L-head engine and used the same drivetrain from the Jeep. The vehicle was built on a 104-inch wheelbase, with the chassis designated the 4-63 (4-cylinder, 63 horsepower), to which a wagon or panel van body was added. It came in three body styles: 2-door wagon, 2-door panel van or 4-door wagon.

The all-steel station wagon could be ordered with numerous extras, including a paint job that mimicked the woody station wagons built by other manufacturers, chrome bumper bar and grille, fog lights and white-walled tyres.

The 1948 model saw the introduction of a 6-cyinder 148 cubic inch "Lightning" engine, with just 70 hp displacement. The most significant advancement in Willys station wagon history was the introduction of 4x4 models in 1949. They were almost identical to the 4x2 versions, with necessary internal changes to accommodate the 4x4 running gear. Only the 4-cylinder engine was available for the 4x4 wagon. In 1950, the F-head "Hurricane" four was introduced to the 4x4, while the 4x2 models received the more powerful 75hp 161-ci L-head six. This was quickly superseded by a more powerful 90hp version of the same engine.

Major changes were not made to the Station Wagon and Sedan Delivery lines until after Kaiser purchased Willys-Overland in 1953. This date marks a transition towards 4x4 models, a point of differentiation that continued for well on 60 years until the recent Compass 4x2 model.

The 1946 Willys Jeep Station wagon is significant, as it is the first mass-marketed all-steel station wagon designed and built as a passenger vehicle. Some would even argue that it was the world's first SUV. It was one of Willys most successful post-war models, remaining in production until 1965, when it was succeeded by the Jeep Wagoneer. During its 21-year lifespan, more than 300,000 wagons and variants were built in the US. 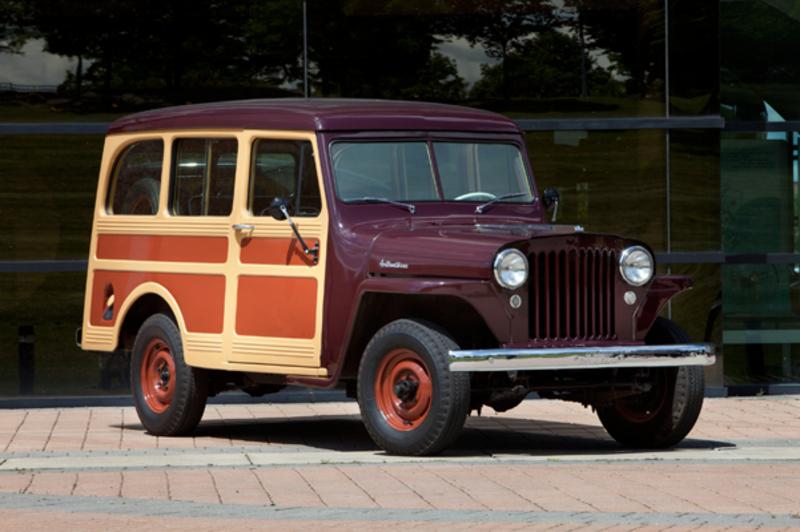 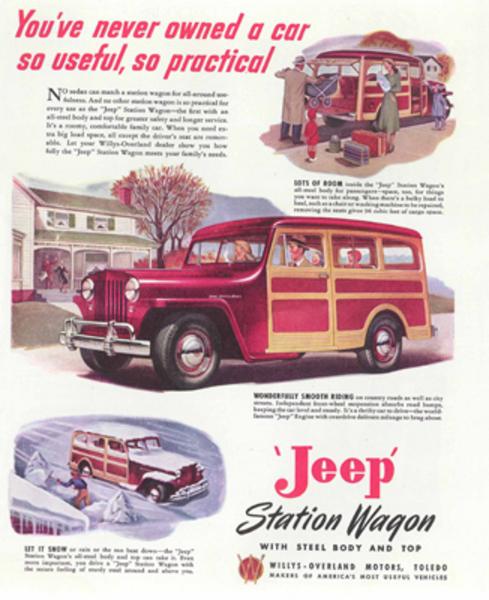 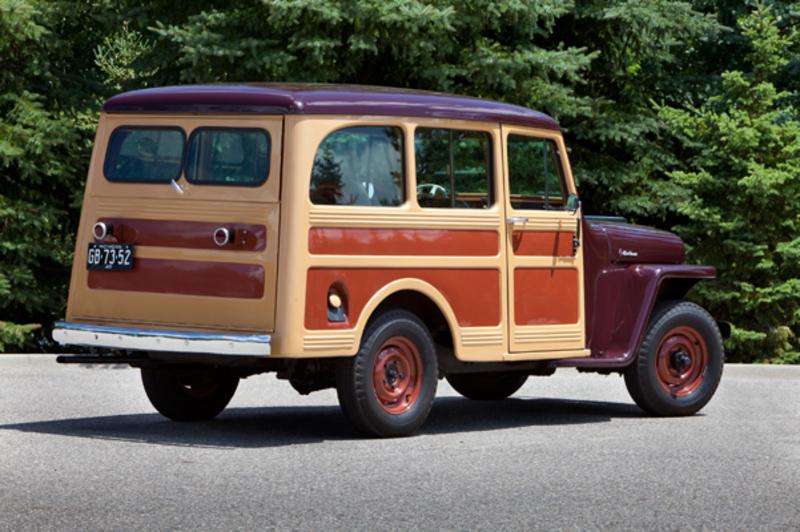 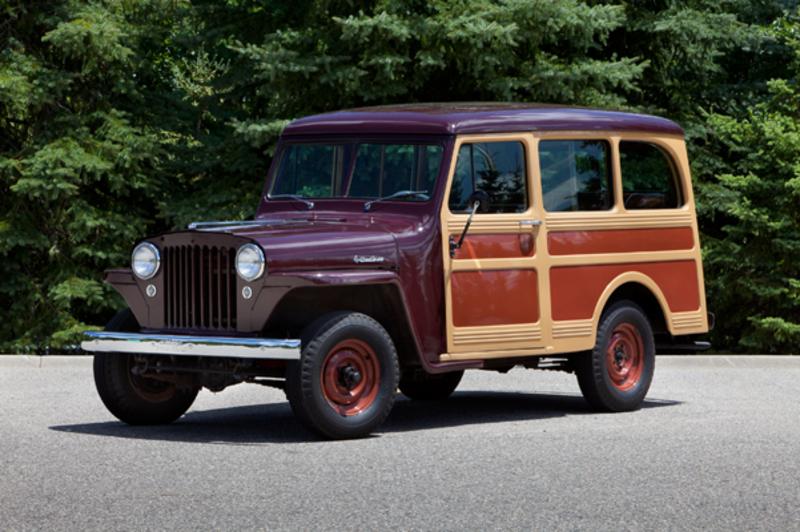