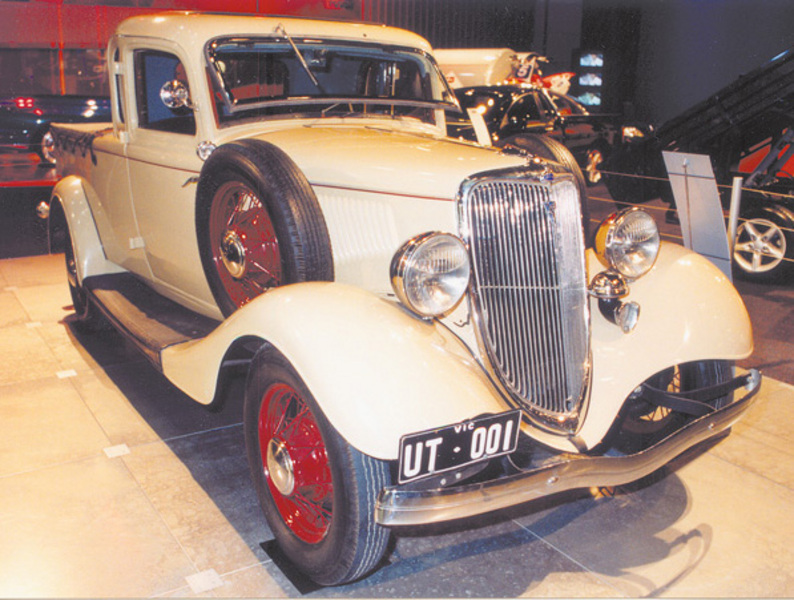 Secondly, Ford say the idea for the Australian Coupe Utility came as a result of a letter received from the wife of a farmer in Gippsland in south west Victoria.

The letter asked, "would Ford build for me a vehicle: the front is the Coupe, to suit my need of taking the family to church on Sunday; the back is to be a Roadster utility box, so I can take the pigs to town on Monday?"

Unfortunately, the actual letter has not survived but records of the ensuing correspondence, design briefs, sketches and other details are held in the Ford Discovery Centre, Geelong. An important context for this request is often overlooked. In 1934, the banks in Australia had the final say over what you could or could not buy and would only finance one motor vehicle. Because a farm could not do without a work vehicle, the families needs inevitably were pushed to a distant last as Australia's isolated rural population had little choice other than to bring home one of the crude light commercials of the day.

At first it was treated as a "luxury" request, but Ford managing Director Hubert French, handed the letter to Director of Manufacturing C.C. 'Slim' Westman who called on the services of one Lewis T. Brandt, then Ford's only designer. The 22-year old had already designed a number of fabric roof utility vehicles for a South Australian motor body builder and was given the task of combining the style of a Ford Coupe with an integrated utility tray.

Overhang was kept to a minimum, ground clearance high, and the cabin had to be big enough to stow gear out of the weather. At a time when Brandt's contemporaries were content to leave it at that, he took it to the next level. It was his keen understanding of the Australian farmer's dilemma that distinguished his new vehicle style. It had to show some style, enough to do a family proud as they arrived at church on Sunday. This is the key to the unique Aussie ute heritage.

Brandt hit on the idea of installing a frame that ran from the back pillar. An extra pillar was added to strengthen the weak point where cabin and tray joined. Christening the 'coupe utility' the vehicle went into production in 1934 - the first major job in the expanded Geelong tool shop and body press shop.

Two were sent to Canada - with Brandt in tow - and shown to Henry Ford. So impressed with the design, Ford revealed the radical new vehicle to his key men who asked what is was. "A kangaroo chaser," Ford replied.

The two developments that set the Ford utility apart from other utilities was that the coupe utility combined the stylish five window coupe roofline, with a unique one-piece side pressing that extended from the doors to the rear of the cargo area. 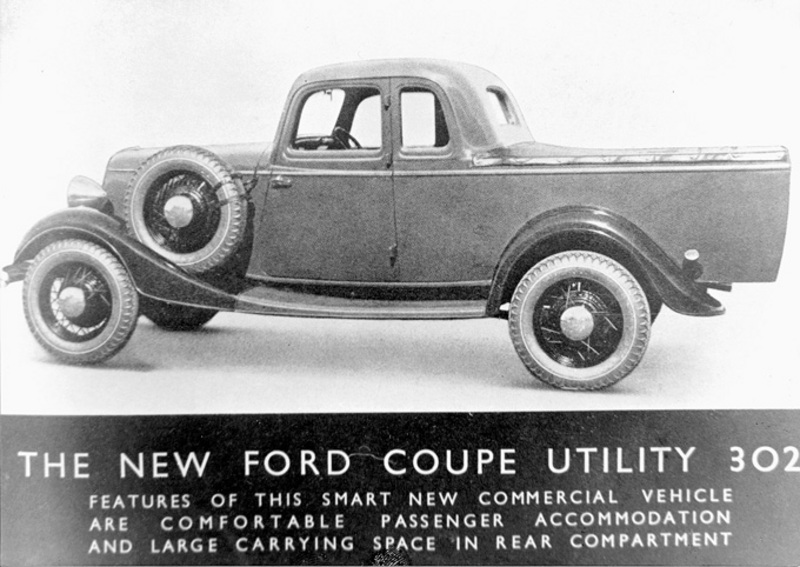