It’s very much a “maybe” for the Australian market, but the Chinese-built ‘Tank 300’ 4x4 could make a mark if it comes here.

Words and photos via PracticalMotoring.com.au

We test drive a prototype of the GWM Tank 300 that could soon be offered on sale in Australia. 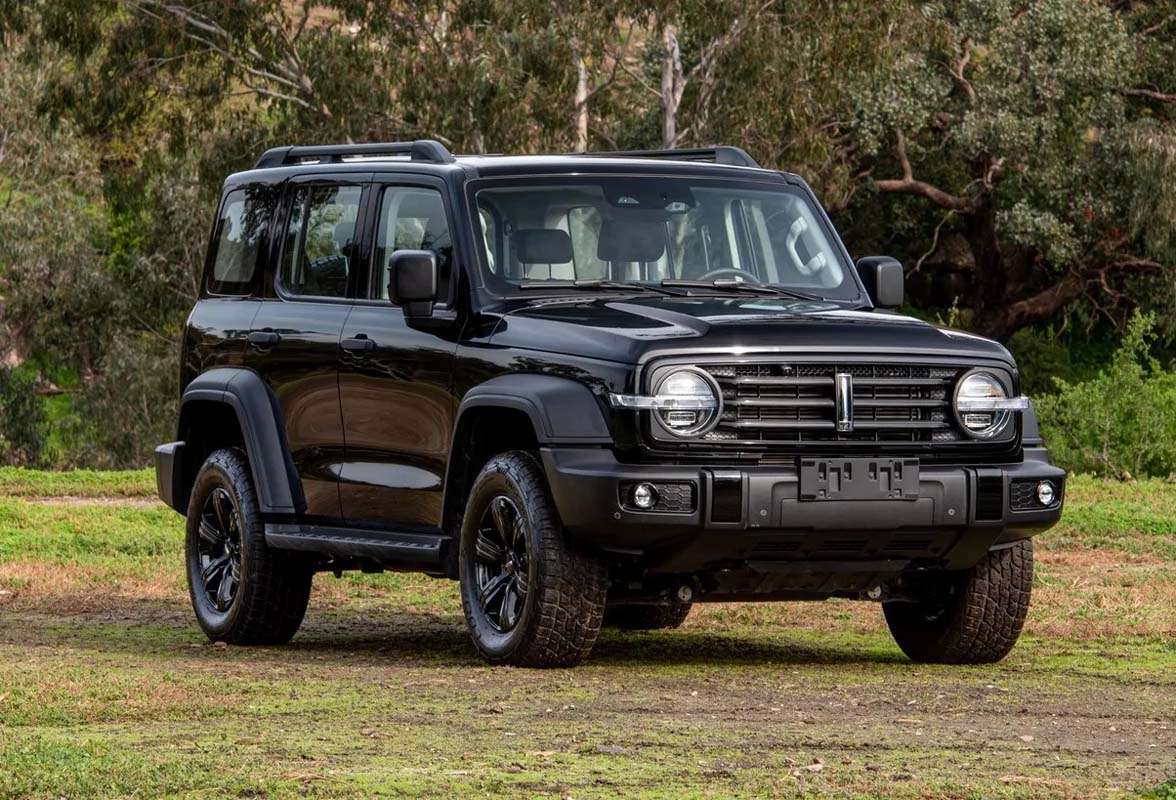 GWM/Haval is on a mission to quickly become a top-ten car brand in Australia. It is doing so with growing sales for Haval H6 and Jolion, the new GWM Ute, and it might soon add the medium-size Tank 300 as a premium style off-road SUV with some unique appeal (and don’t forget the Haval Big Dog). 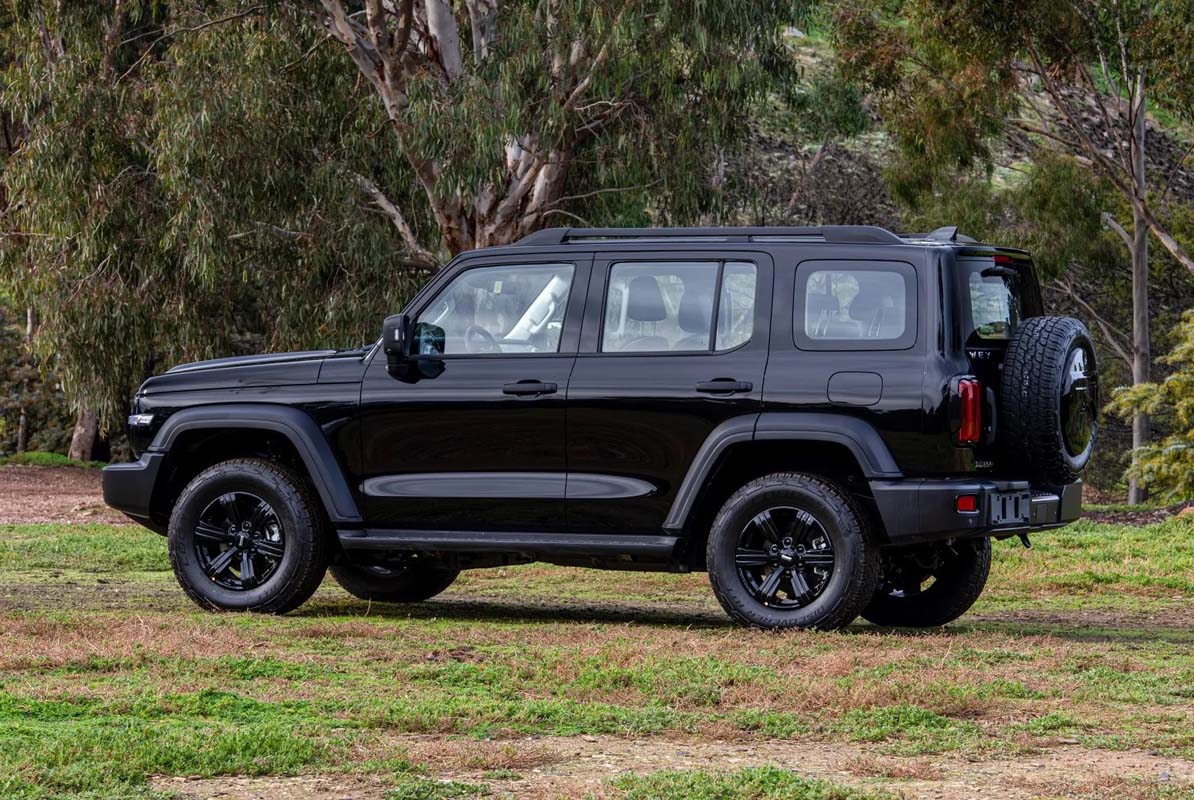 Tank, as a brand, is only a fledgling name under the GWM/Haval umbrella. In fact, the left-hand drive unit we tested here was flown in from China for fast-track appraisal and has native ‘Wey’ badging that will change to Tank soon – the reasoning is that the owner saw the Wey Tank models as a standalone product and promptly made changes to create the brand. So, in local showrooms, we would expect to see Haval as the SUV/passenger vehicle brand, GWM for utes/light commercial and Tank for four-wheel-drive wagons. 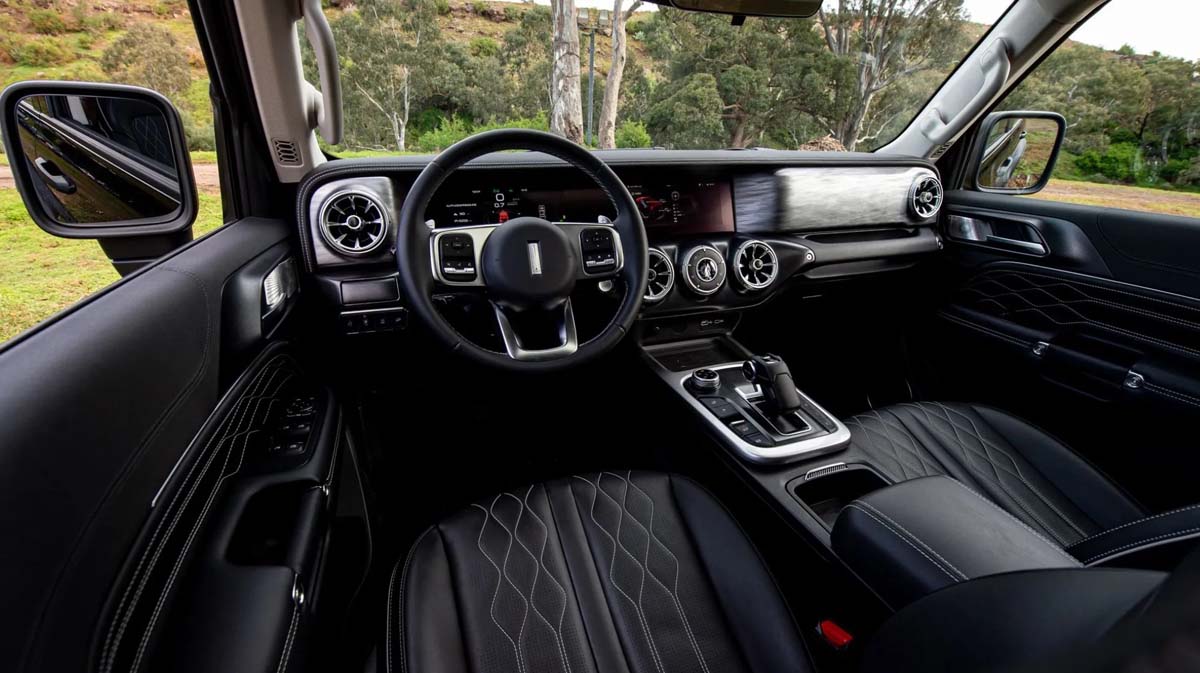 In China there is already the Tank 300 and Tank 700, the latter a coupe-style large SUV off-roader with a V6 hybrid engine producing around 400kW and 750Nm of torque. Given the styling is inspired by the likes of the Mercedes-Benz G-Wagen, it seems Tank wants to deliver some of the same appeal, but at a much lower price point. The Tank 300 is similar, though with a smaller turbo petrol four-pot it doesn’t deliver the same gusto in a straight line. 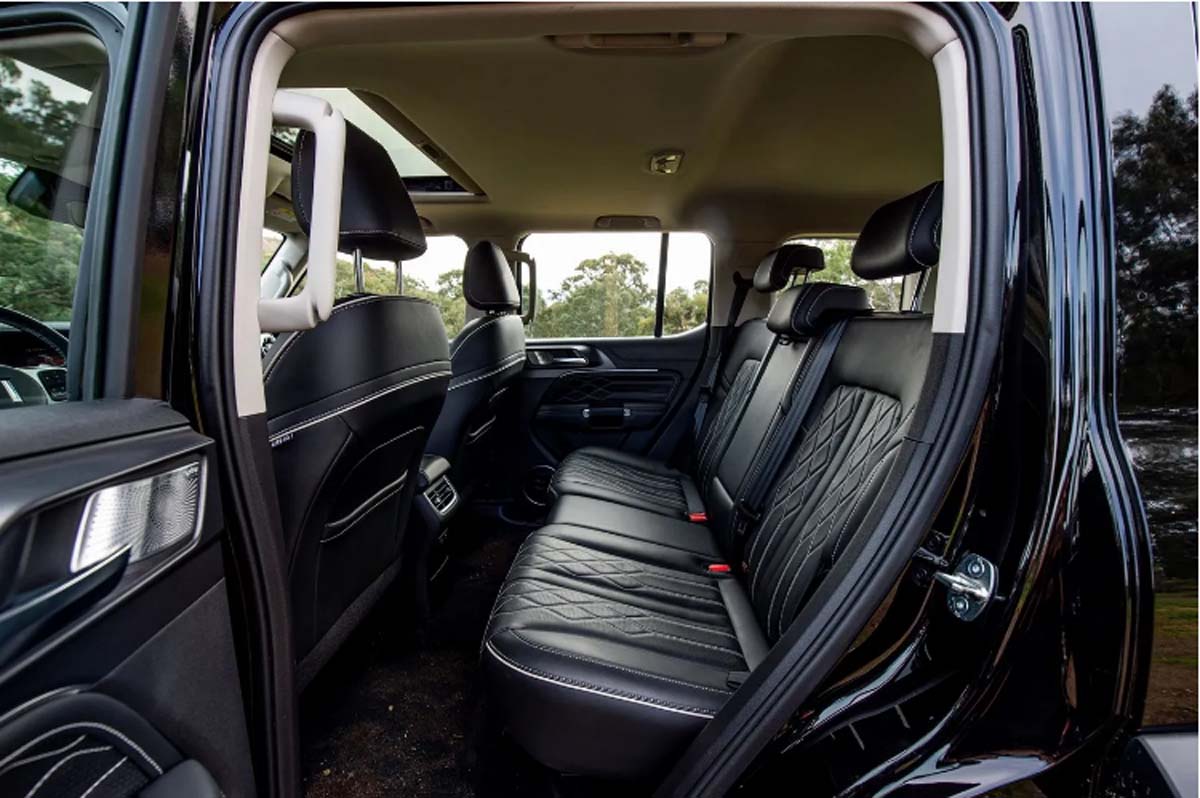 That said, it gets along fine for a four-wheel drive. Torque comes on early and is adequate for off-road duty. It has diff locks front and rear as well as a proper four-low ‘box so the weight adds up to just over two-tonnes. Option something like the boot-mounted dining table (available in its home market, at least) and the scales tip even further. However, the local arm for GWM is considering a diesel engine, which could be either a 2.0 or 2.2 turbo, as we understand. Our drive was limited to off-roading at the Werribee 4×4 centre with the turbo petrol making 167kW at 5000rpm and 387Nm at 1800-3600rpm via an eight-speed ZF automatic. 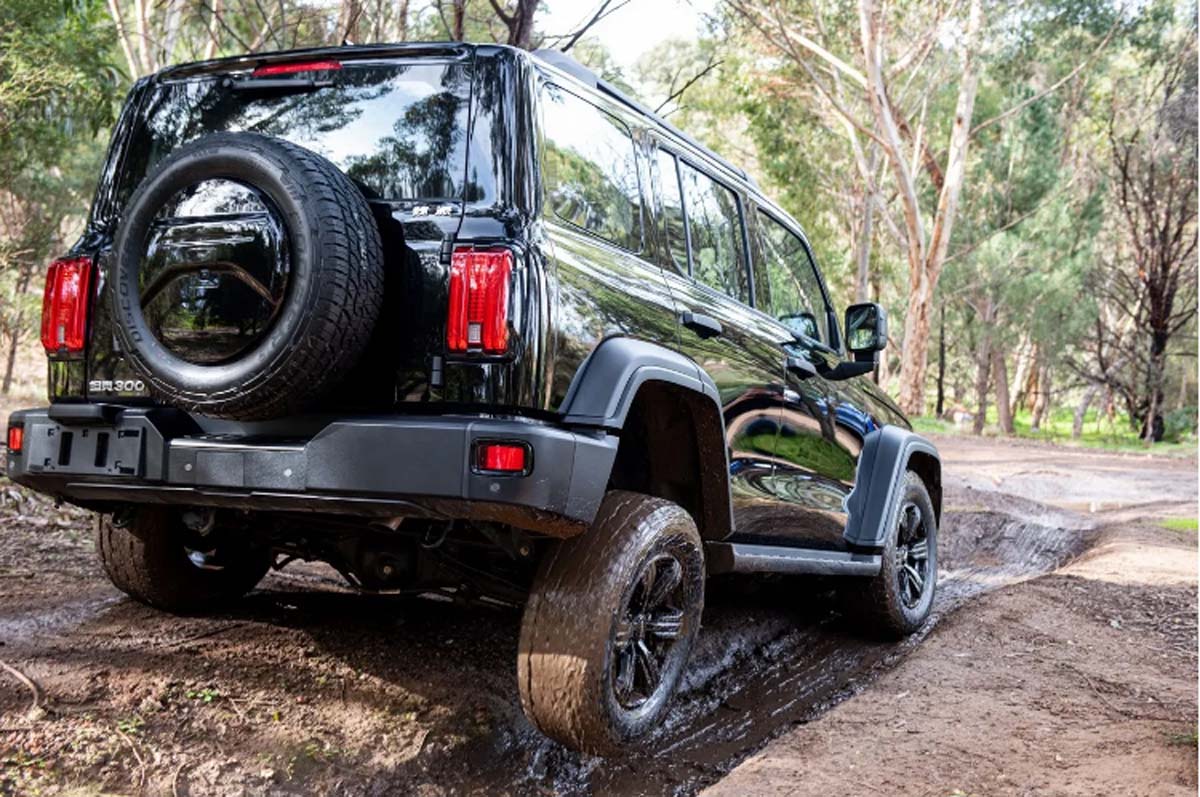 Tank’s 300 has a ground clearance of 224mm with 33-degree approach and 34-degree departure angles – breakover is not provided. It uses a double-wishbone front and multi-link coilover rear suspension and the chassis is based on the same platform underneath the GWM Ute.

Compared directly to a local GWM Ute the Tank 300 felt like it had better traction when ascending over ruts, due in part to the coil spring rear and the addition of the diff-locks which turn on and off with different driving modes. They can also be turned on and off manually at will, and there is a turning assist feature to decrease the turning circle at slow speed. 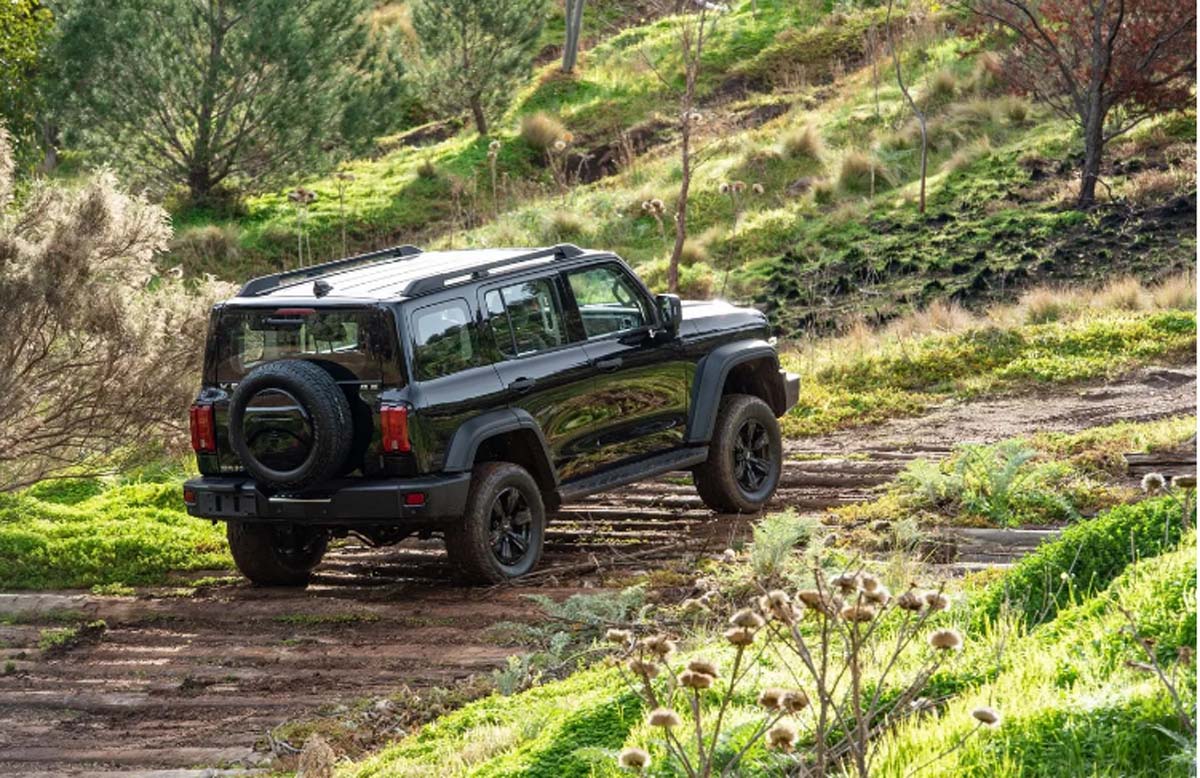 The Cooper Discoverer ATT tyres on 17-inch alloys provide reasonable grip too, though with a part-time four-wheel-drive system it was understandably loose in the muddy conditions until four-high was selected. Four-low made the tame but testing course easy.

Underneath is a 2750mm wheelbase that’s 40mm shorter than a Toyota Landcruiser Prado and 258mm shorter than a Jeep Wrangler five-door, with an overall length of 4760mm. The Tank 300 is pretty easy to plot along a narrow track and never feels too big, though inside the rear-seat room is fine. 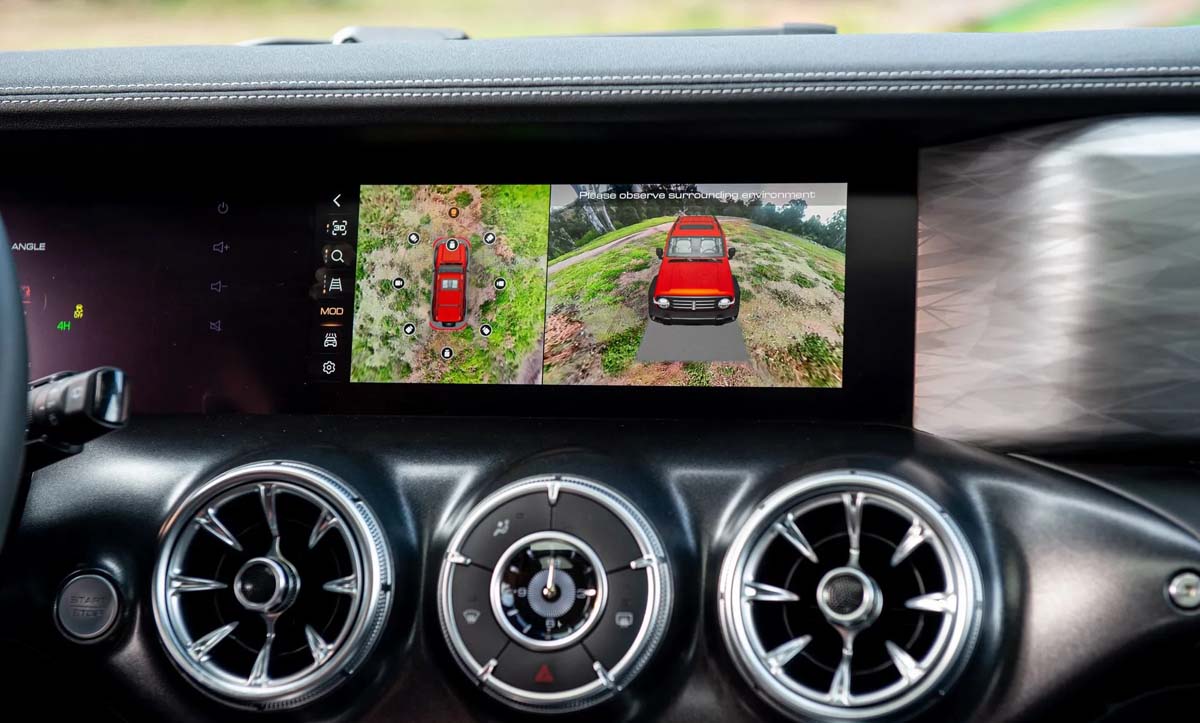 The finish on cabin materials is nice for all the touchpoints and the twin digital display is typical of what you find in any new GWM/Haval product except for the unique off-road driving angles for under-the-nose vision and diagrams to show turning circle and diff locks.

It’s easy to see that some of the design inside is influenced by European machinery, but the actual feeling on the controls is solid. The seats were comfortable too, but we only spent a short time driving. 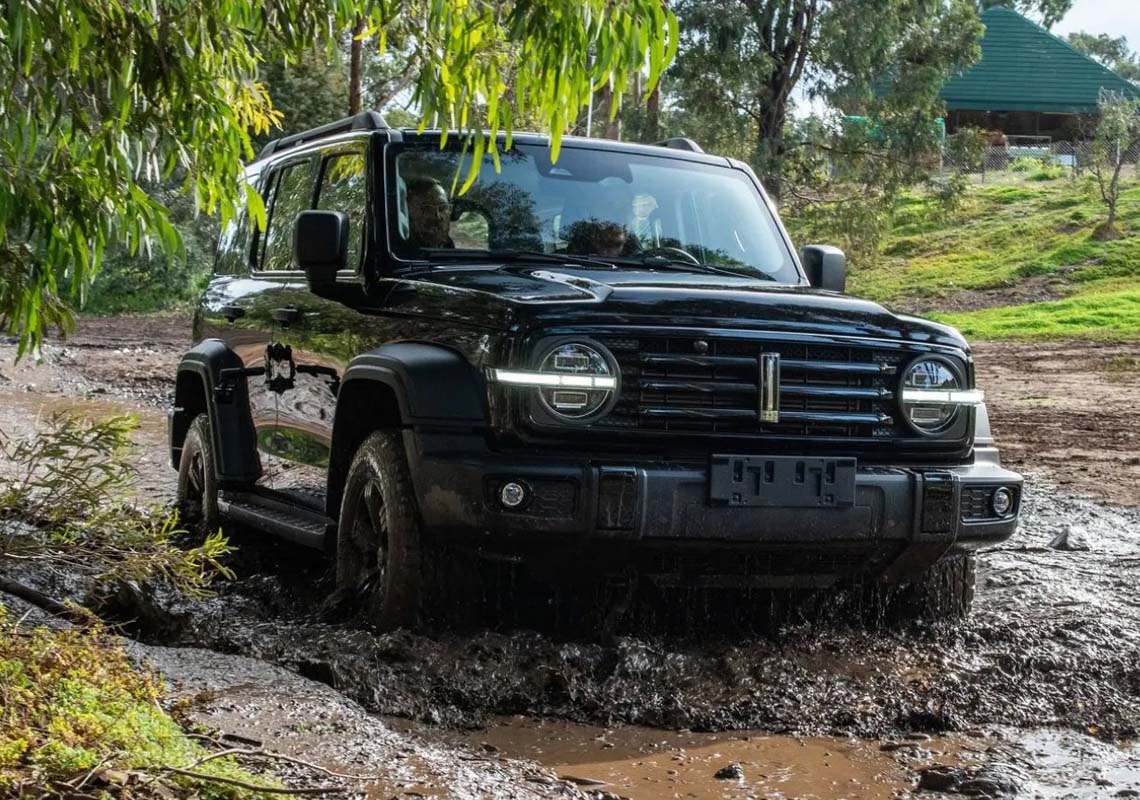 The Tank 300's success in Australia first depends on if the local arm will greenlight the business case and secure right-hand-drive production – the latter seems to be something easy for the Chinese manufacturer to turn around fast. Pricing for the Tank 300 in China is from the equivalent of $35,000 Australian, and we’d expect a local showroom example would be closer to $50,000. That’s on par with entry to mid-level rivals like the Jeep Wrangler and ute-based wagons such as the Mitsubishi Pajero Sport, Isuzu MU-X and Ford Everest. Time will tell, but the Tank 300 certainly offers something different to all of those.