Merceredes-AMG delivers the perfect blend with its mid-range super SUV.

Across the entire Mercedes-Benz portfolio, just under 20 per cent of all models sold wear an AMG badge. In the GLE Coupe range, however, the figure is a staggering 65 percent. Of course, the GLE line-up is skewed to AMG with two of the three models having the Affalterbach company logo on their rump, but clearly the high-end models have significant buyer appeal. According to Benz’s internal sales data, performance and driving experience are stated as the second most-popular reason for purchase.

The single most-important reason to purchase a GLE Coupe according to buyers is the vehicle’s exterior styling. With that in mind, Mercedes has significantly refined the look of the second-generation GLE Coupe, especially around the rear of the car. The tidy up is more than just aesthetic as well, with Benz claiming a nine percent improvement in aerodynamic efficiency compared to the old model. The GLE Coupe sits on a wheelbase 60mm shorter than that of the conventional GLE SUV (2935mm), but is still 20mm longer between the axles than the old model. There are 655 litres of boot space with the rear seats in place and the loading lip is 59mm lower than the previous model, and this can be lowered an additional 50mm thanks to a loading function offered by the air suspension. 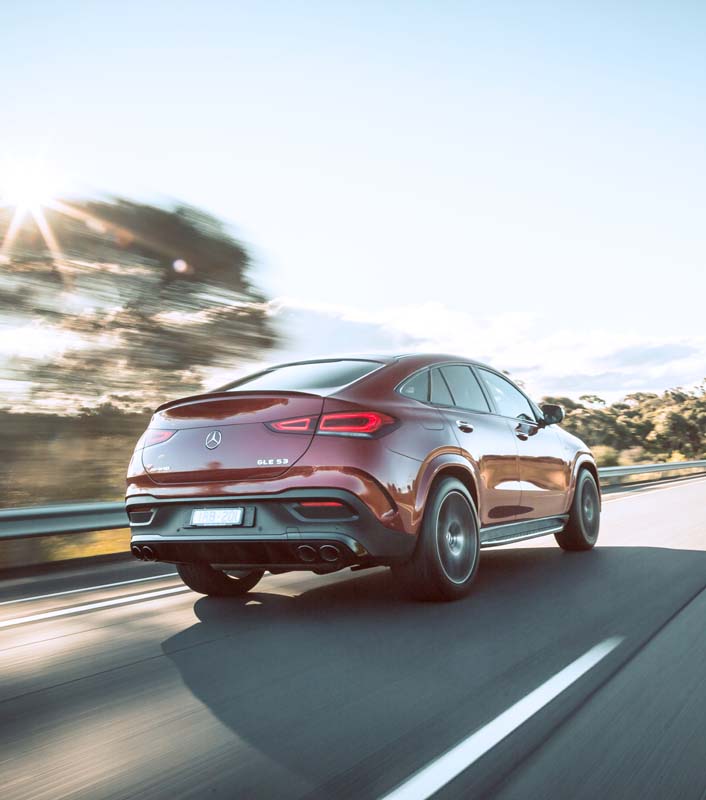 The three-model line-up is led to market by the AMG GLE 53 4Matic+ that we’re testing here. It is powered by a 2999cc twin-turbocharged in-line six that also features an electric powered compressor running off the 48-volt EQ mild-hybrid system. The petrol engine generates 320kW at 6100rpm and 520Nm from 1800-5800rpm. Additionally, the 48-volt EQ system temporarily boosts outputs by 16kW and 250Nm. Transmission of the torque is handled by Mercedes’ nine-speed torque converter automatic and 4Matic+ all-wheel-drive system. With a 5.3-second 0-100km/h time and a top speed limited to 250km/h, the GLE 53 is certainly not slow. 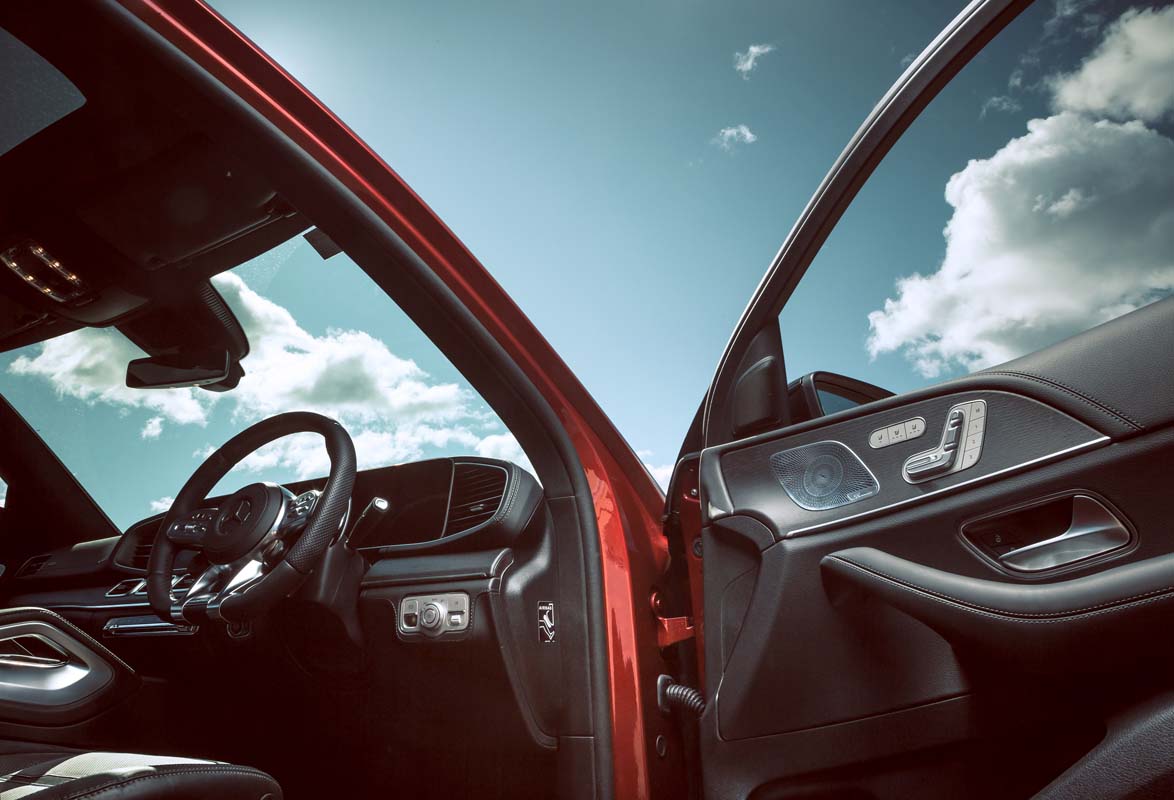 The interior of the second-generation GLE Coupe has taken a massive leap forwards and the high-centre console with integrated grab handles gives the cabin a driver-focused feel. It offers a commanding driving position, too, and the instrumentation is clear while the material choice and finish are first rate. 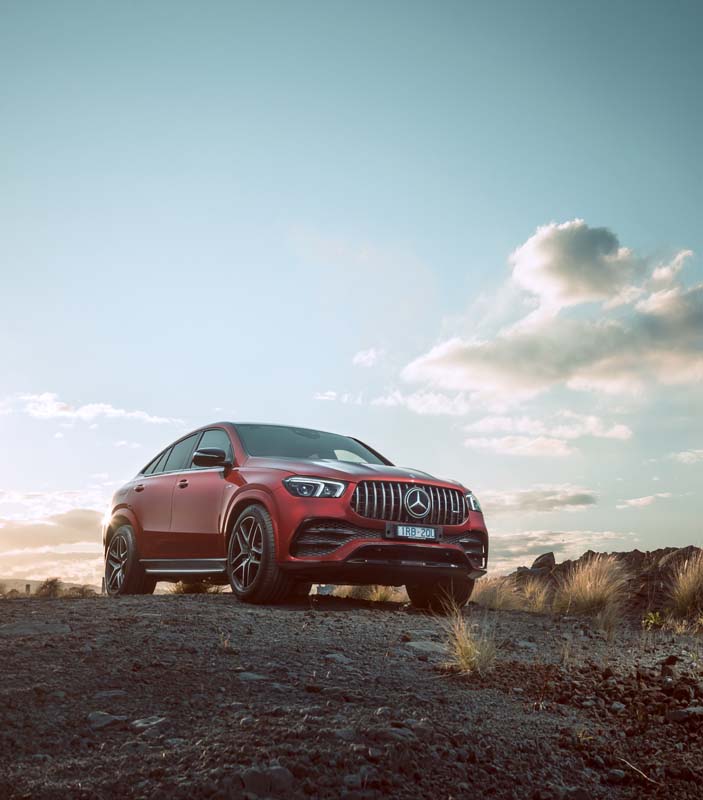 On the move, the first impression is of a soft ride, despite the standard 21-inch alloys. The GLE 53 uses Mercedes’ Airmatic system with air springs and adaptive dampers, but part of the pillowy ride has to be credited to the tyres and their generous sidewalls. Up front, you’ll find 275/45 rubber, while under the rump there are enormous 315/40 tyres. Aside from the huge purchase they provide, the sidewalls are old-school chubby – 124mm up front and 126mm at the rear.

If anything, the ride in comfort mode is just a little too soft. At the other end of the system’s spectrum, sport plus introduces too much vertical movement in its bid to tie down the chassis for dynamic cornering. Sport mode soon becomes the default as it reduces the float of comfort mode and almost matches the body control of sport plus. 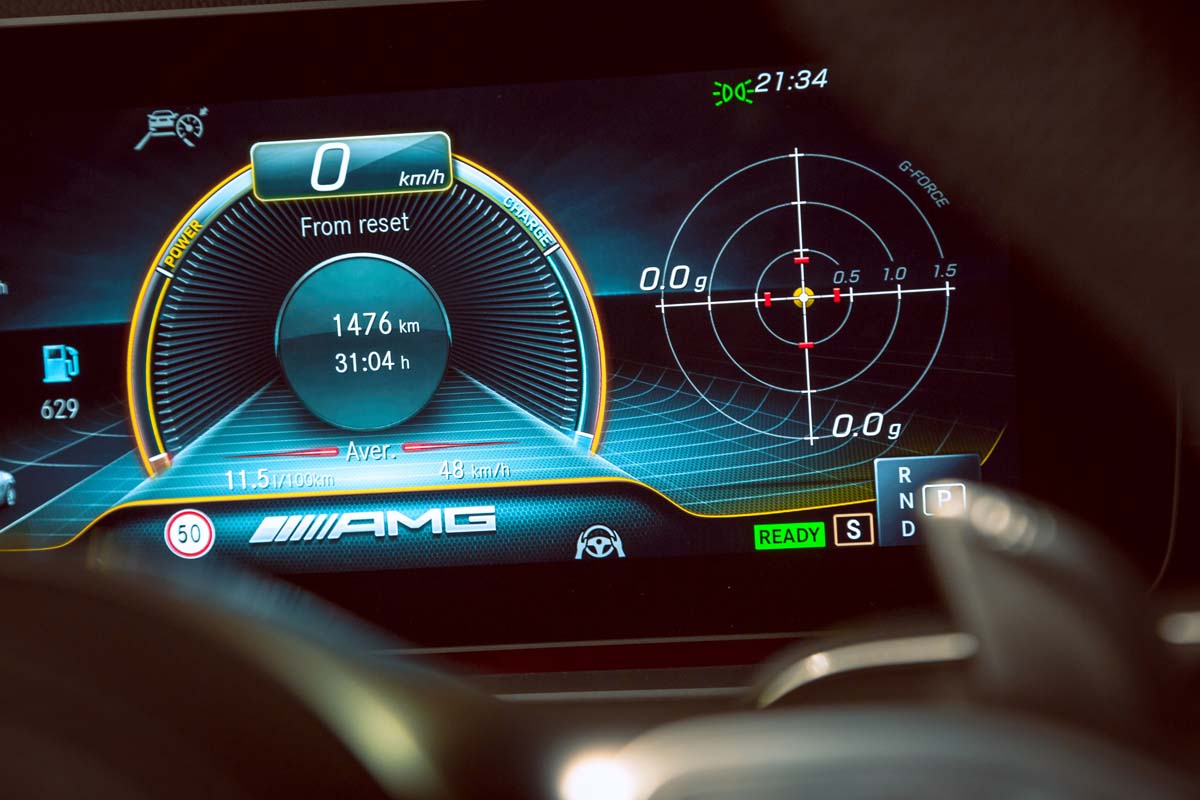 We also found sport to be the pick of the drivetrain modes, sharpening the response from the engine without introducing hyperactivity to the throttle pedal. It’s an impressive engine, punching very hard from low revs, hauling the big SUV to plus-sized speeds in short order. What’s more, the straight six sounds good (with or without the exhaust flaps opened) and revs cleanly and smoothly all the way to its ceiling. In fact, it’s so smooth and linear as it eats its way through the gearbox, that if you’re shifting manually you need to pay attention to the approaching cut out. 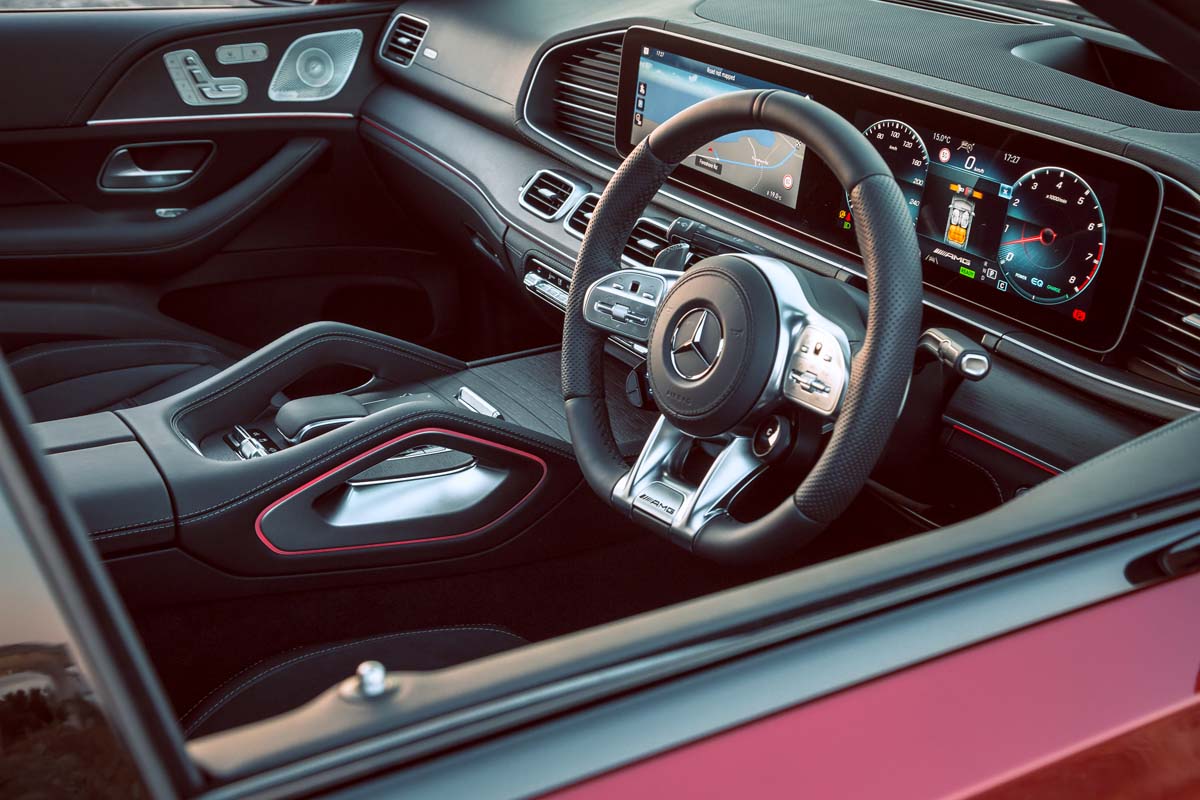 Like most Mercedes-AMG gearboxes, the nine-speed unit in the GLE 53 is very good most of the time but with a couple of caveats. During our time with the car, a couple of manually-requested full-throttle upshifts (second to third and third to fourth) were greeted with a noticeable delay. Weirdly, these duff shifts only occurred when the car was running uphill. On most other occasions, shifts were delivered promptly and smoothly. The only caveat to the smoothness of the gearbox was a few low-speed downshifts in auto mode were heralded by a lurch.

Beyond that minor complaint, the GLE 53 is a relaxing companion and would make easy work of a long trip to Byron or to the snow (or as far as COVID restrictions will allow). The cabin is hushed and luxurious, and the engine punchy but relatively economical (9.3L/100km is the official combined cycle figure).

Driven for entertainment purposes, the GLE 53 also manages to deliver. So long as you respect its size and weight, the 53 can be hustled along at indecent speeds. In a world where hyper-alert steering has become commonplace, the GLE’s more relaxed helm takes some acclimation, but its responses are linear and natural. The brakes hold up well to a bit of fun, with a pedal that is largely consistent in feel and response (perhaps it was getting a fraction longer after one particularly sustained amount of play time).

At $171,800, however, and with more than enough performance, the GLE 53 is likely to be the sweet spot in the range for most buyers.