Whether you call it a city SUV, a compact crossover or a jacked-up hatch, the only thing that matters to the bean counters is that cars on stilts sell.

In the small SUV segment rivals are plenty, they are cars like the Mazda CX-3, Toyota Yaris Cross, Hyundai Venue, and perhaps the South Korean brand’s own Seltos.

Like the Yaris Cross or CX-3, the Kia Stonic is based on the similar-size hatchback – in this case the Rio, and for Mazda the 3 and for Toyota the Yaris…though Stonic, like Seltos, seems more of a rabbit out of a hat name.

In any case, the Stonic is another display of how far Kia has come and how good a product the manufacturer can churn out.

Available in three variants, just the Sport and top-spec GT-Line are available until the entry-level S arrives in a few months. 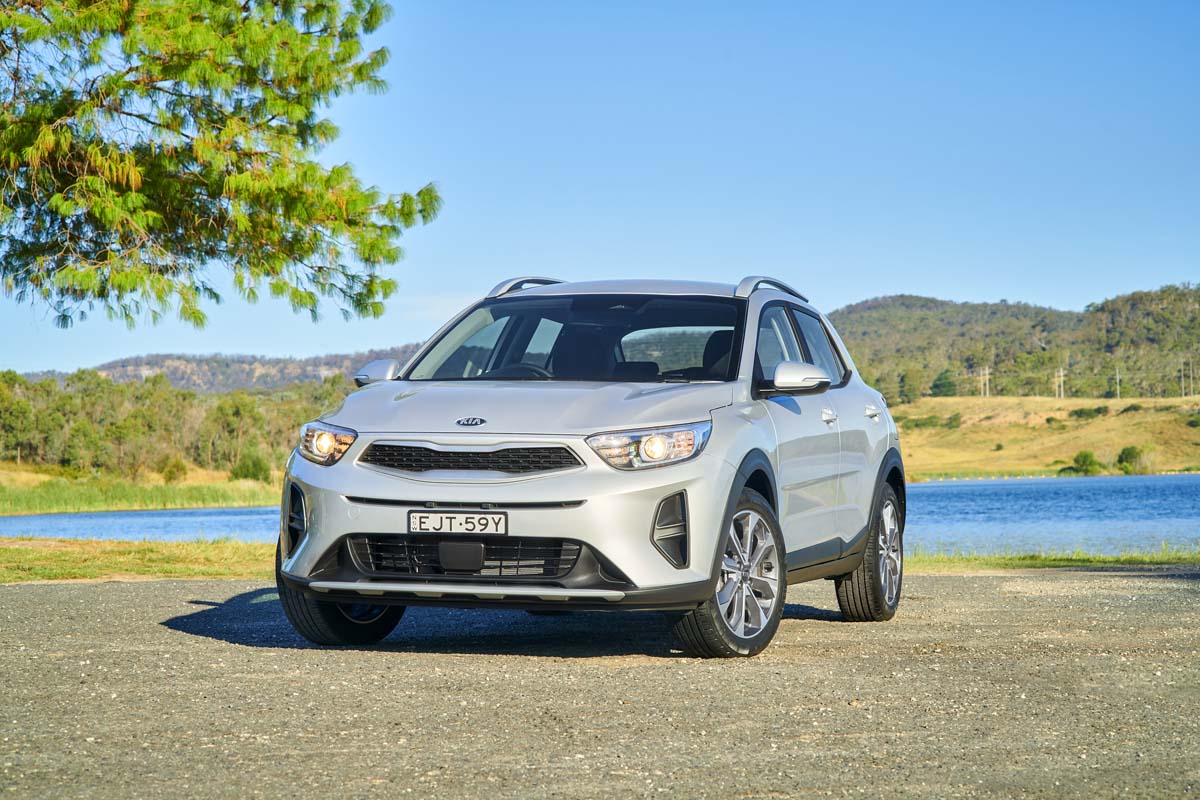 The top-spec GT-Line costs $29,990 driveaway and comes with a seven-speed dual-clutch auto on account of it being the only model with a 1.0-litre three-cylinder turbo; the others get a 1.4-litre petrol.

The standard colour is white, and every other colour adds $520, which is a bit of a sting. 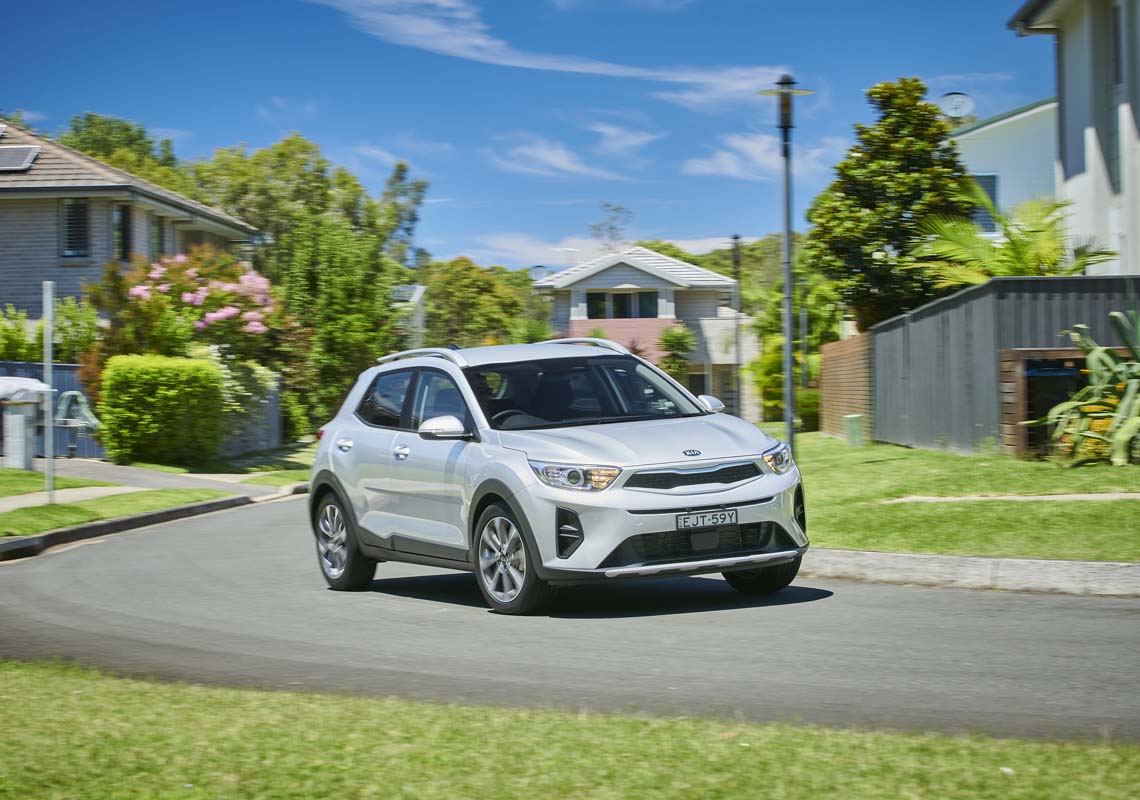 The standard seven-year, unlimited-kilometre warranty from Kia applies to the Stonic and service intervals are every 15,000km/12 months for the 1.4L and 10,000/12 months for the 1.0L turbo. Capped-price servicing is available up to a long ten years. 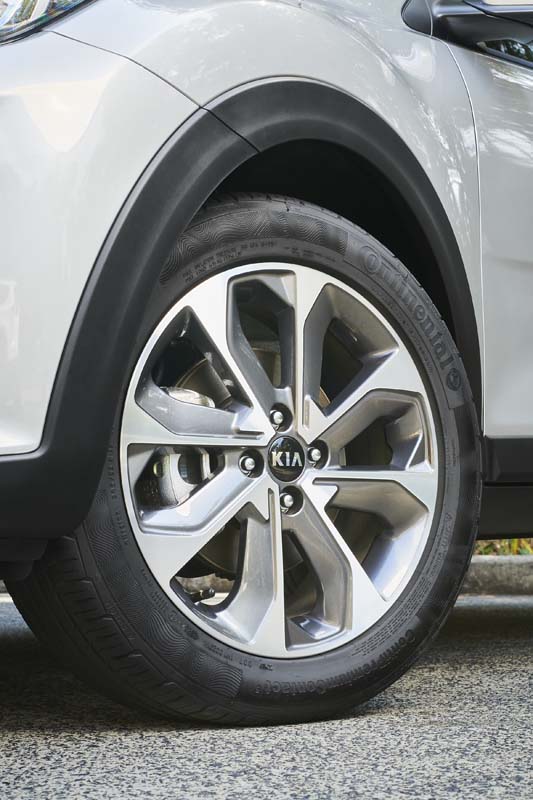 Sizewise it is very similar to a Rio hatch but with a 45mm higher stance thanks to some modifications to the underpinnings and suspension. 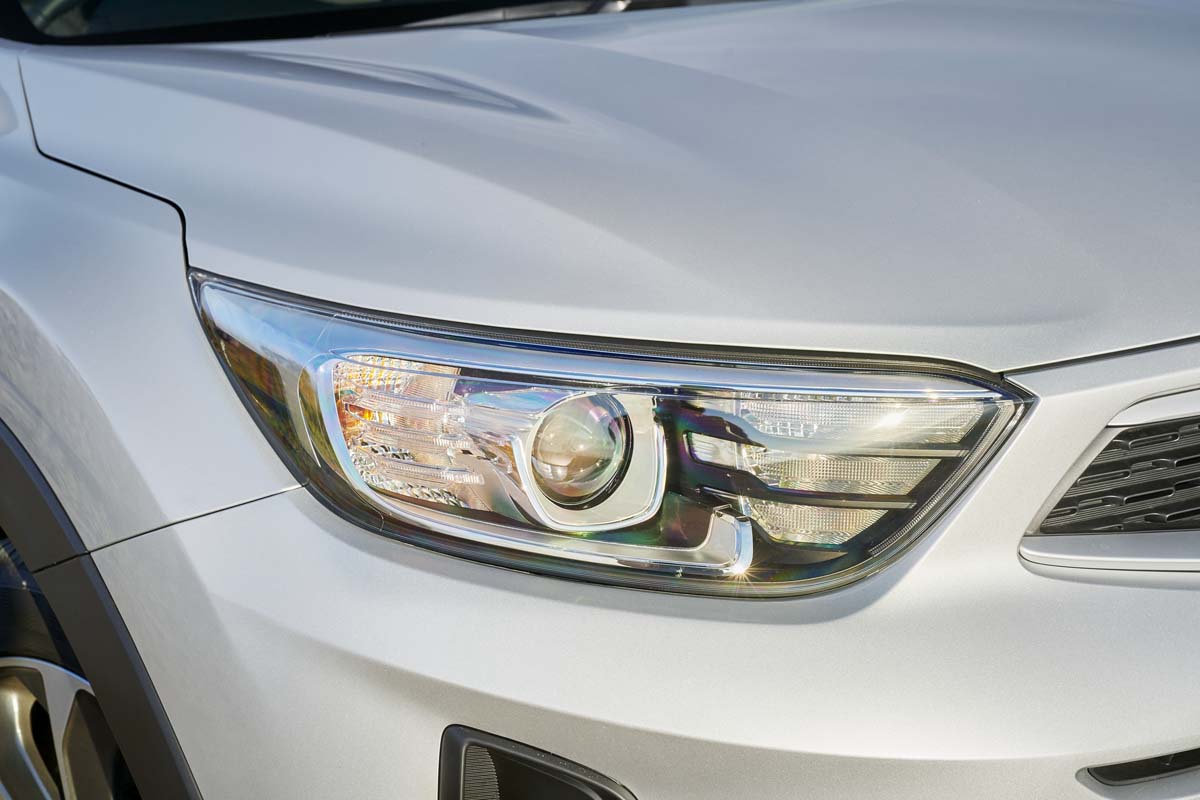 At the front, this GT-Line looks quite sharp thanks to the LED signature in the headlights and silver-ascent tiger-nose grille. Underneath all of this are honeycomb inserts that add some sporty flavour, and the alloy wheels have a nice look without being too large for the arches. It’s a well-balanced design without being overt.

As it is short, it’s easy to park, yet it has a good size interior. 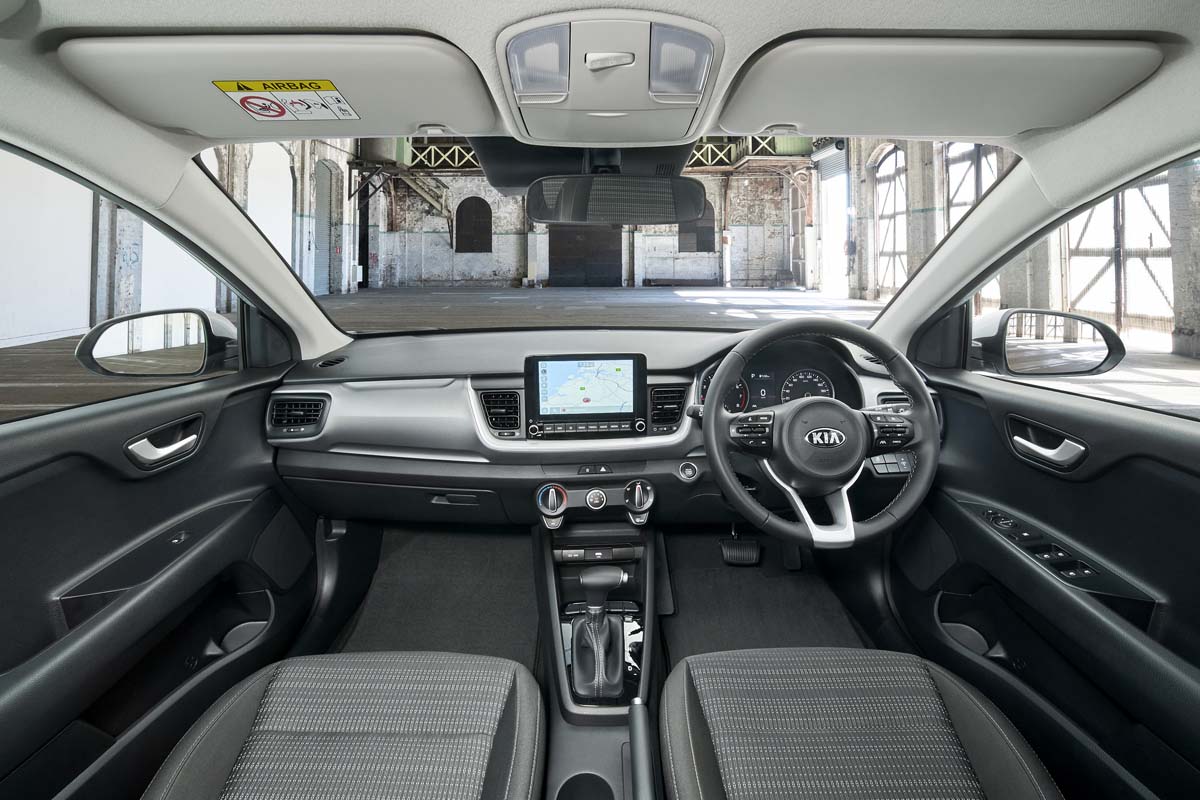 There is a lot more recognisably Rio inside the car, which is to be expected. The new interior is a massive leap over the old Kia interior design and it works well. The display, which measures 8.0-inches, is quite large and very clear, with crisp graphics. 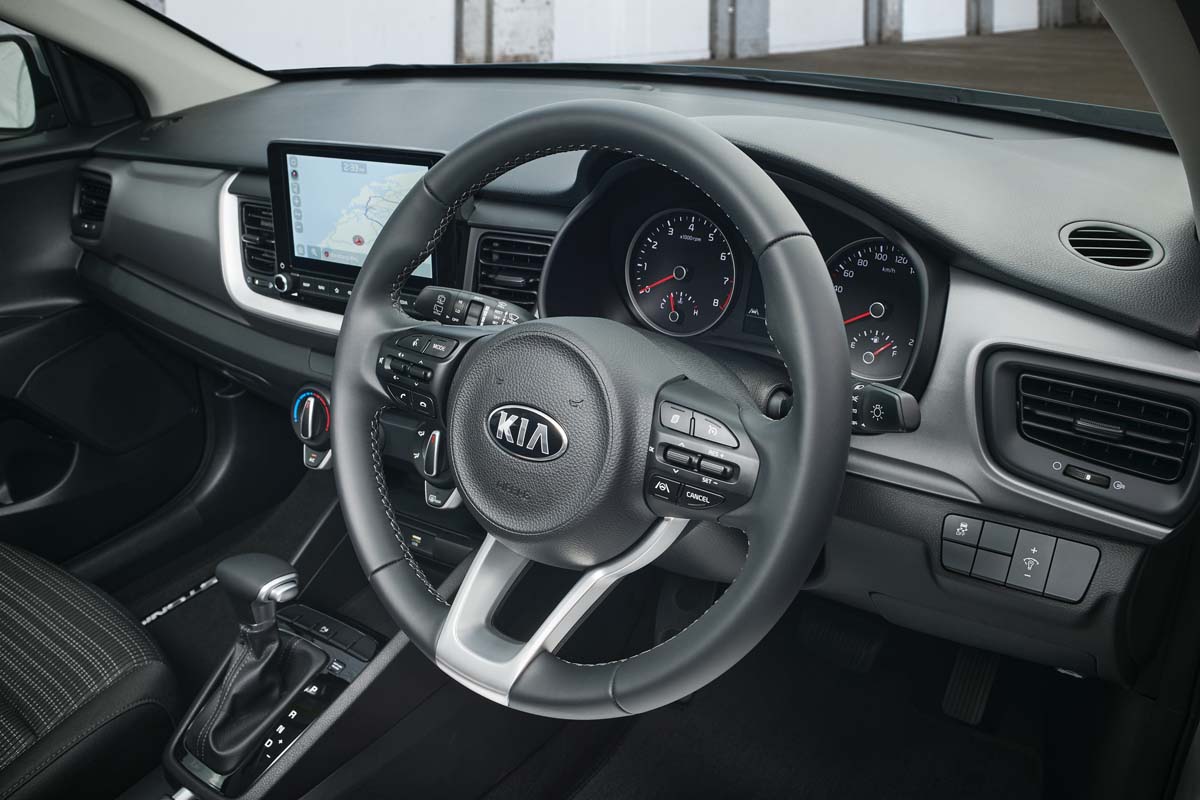 Getting in is easy, with a slightly raised floor over the Rio (45-odd millimetres) and the front pews have good foot space and ok shoulder width for a six-foot-tall adult. The centre console is quite narrow and feels in this regard smaller than the Seltos, and also in headspace. But it’s workable and room in the back is good enough that you never need to shoehorn yourself in.

The 8.0-inch tablet-style screen is plonked on the centre of the dash and it works rather well. It has a high pixel density which helps graphics pop and the colours are vibrant. Connectivity includes Apple CarPlay and Android Auto (both corded), sat-nav for upper spec models, DAB radio, and Bluetooth. 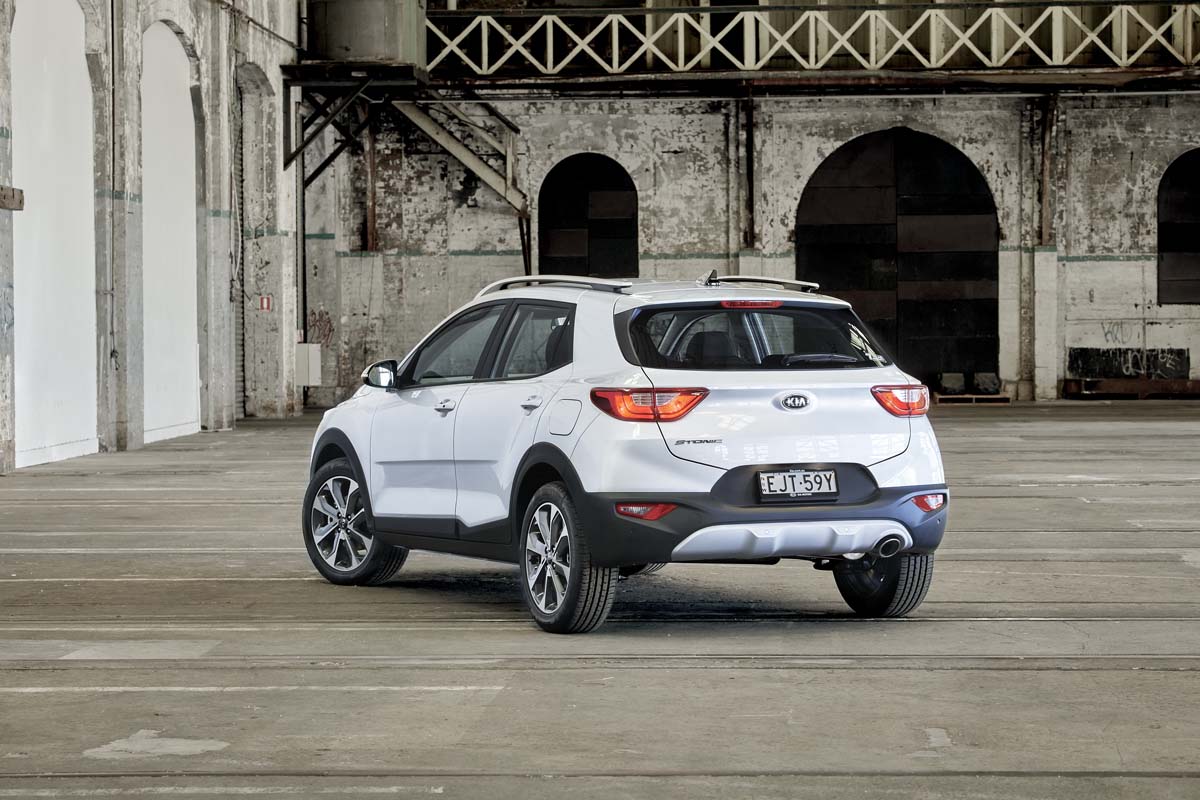 A bonus is the sounds of nature feature which I’d never pay much attention to normally. However, my child sitting in the back really enjoyed listening to it with fireplace, rainy day and rainforest the favourites and it sounded like a professional production (I.e. not cheesy). 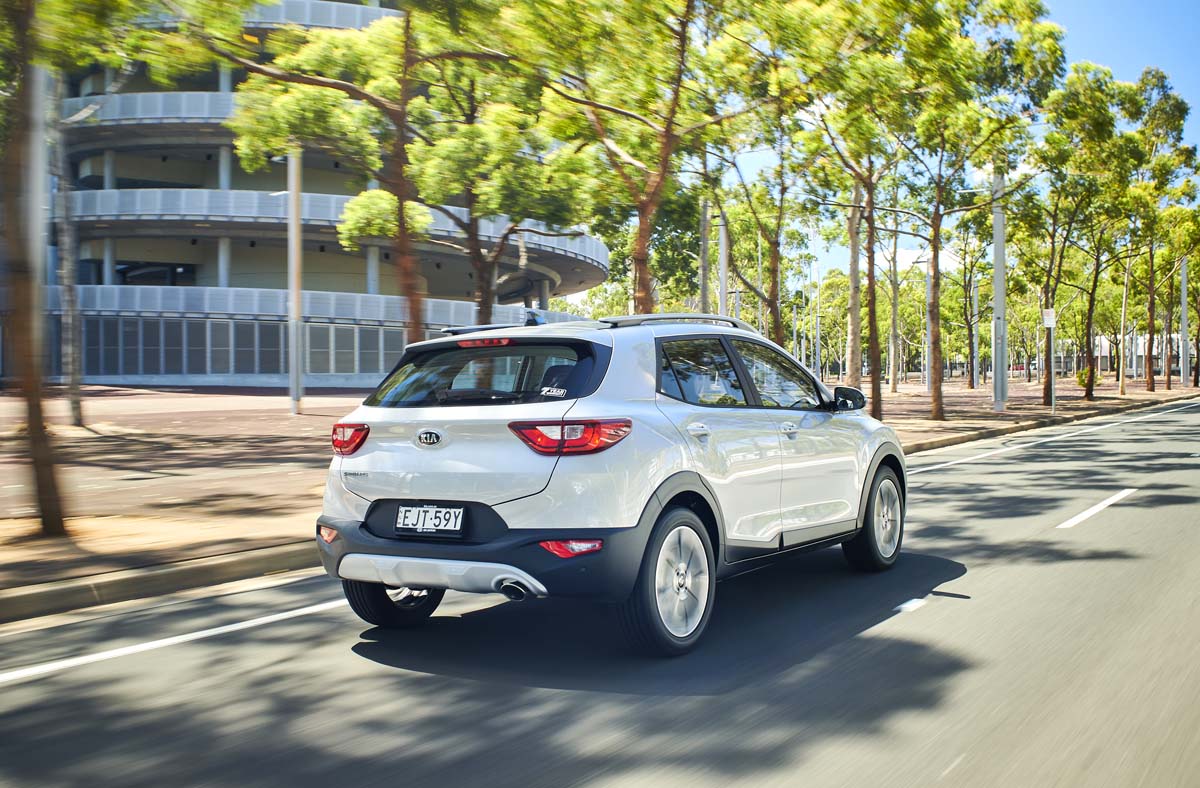 As noted, the cabin is narrow so the room in the centre console is small, but shelves underneath the climate control are great for sitting a phone on. The door pockets are also quite reasonable, and there are cupholders that fit small to large coffee cups snuggly.

The boot offers 352 litres which is bigger than the Rio by about 25L. It’s pretty spacious and deep considering the hatchback-like rear-end. It expands to 115L with all seats down. 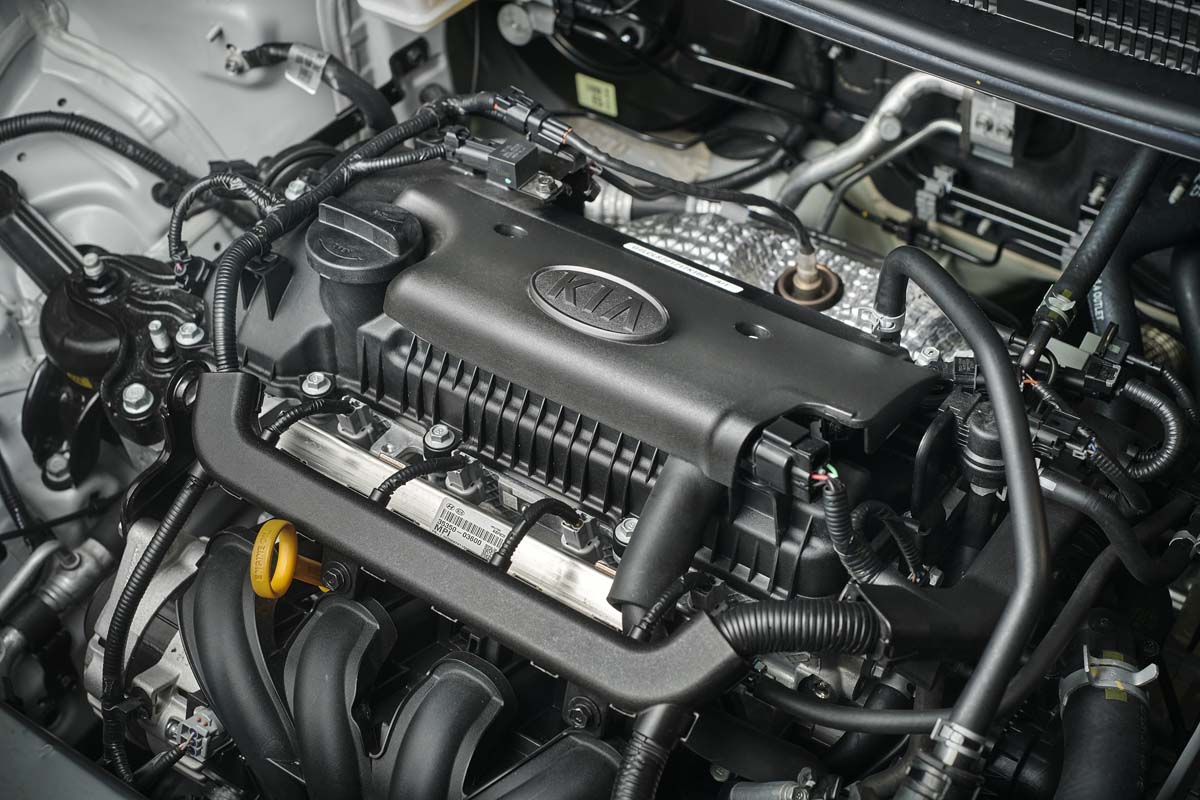 The standard engine in the S and Sport is a 1.4-litre four-cylinder petrol engine producing 74kW and 133Nm through either a six-speed auto or manual. We can’t speak for that engine as we only drove the GT-Line.

The GT-Line comes with a smaller 1.0-litre three-cylinder but it benefits from turbocharged induction. That gives it the same 74kW of power but a meatier 172Nm of torque, and this can only be had with seven-speed dual-clutch auto. The 1.0L also benefits from a small capacity, providing a claimed 5.4L/100km combined fuel consumption compared to 6.7L for the 1.4-litre engine. 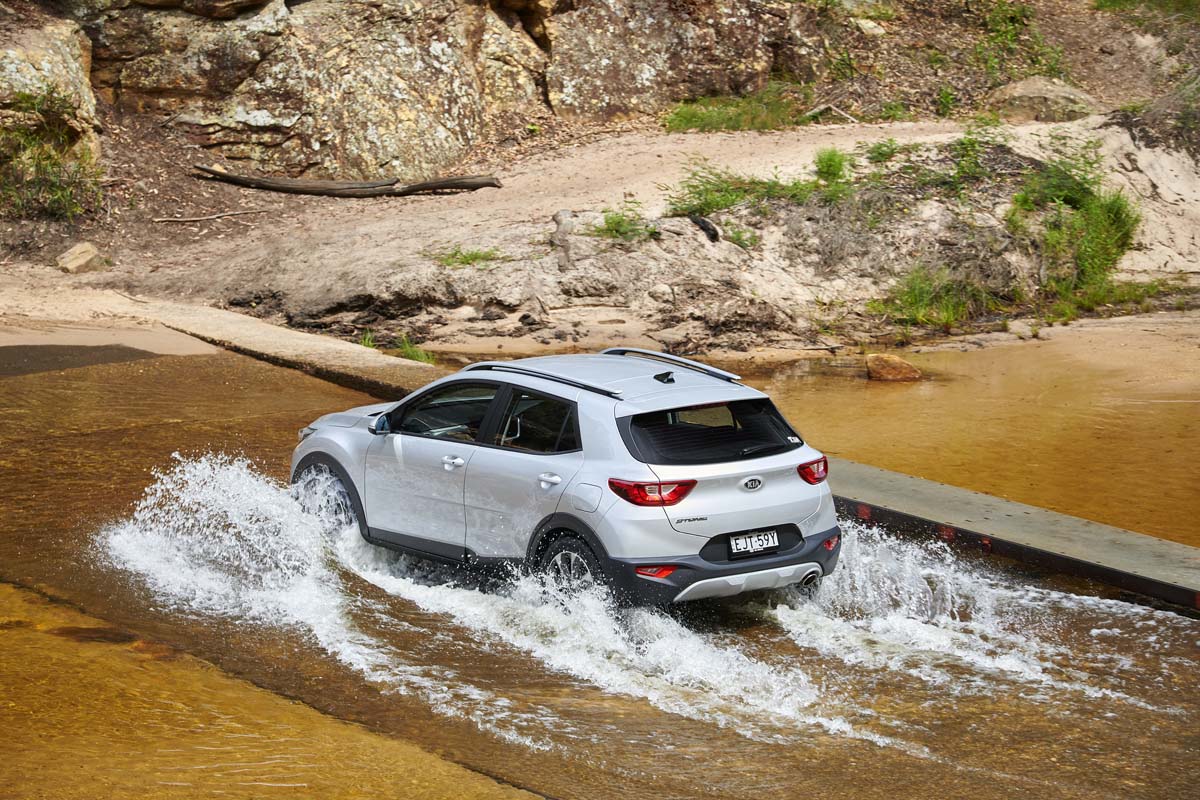 It’s a pretty energetic motor and though the dual-clutch can take a second to fire into gear if you are in traffic stop-starting, it does move with reasonable zest around town. It’s no powerhouse, but it’s also no slouch and keeps up with competition well. 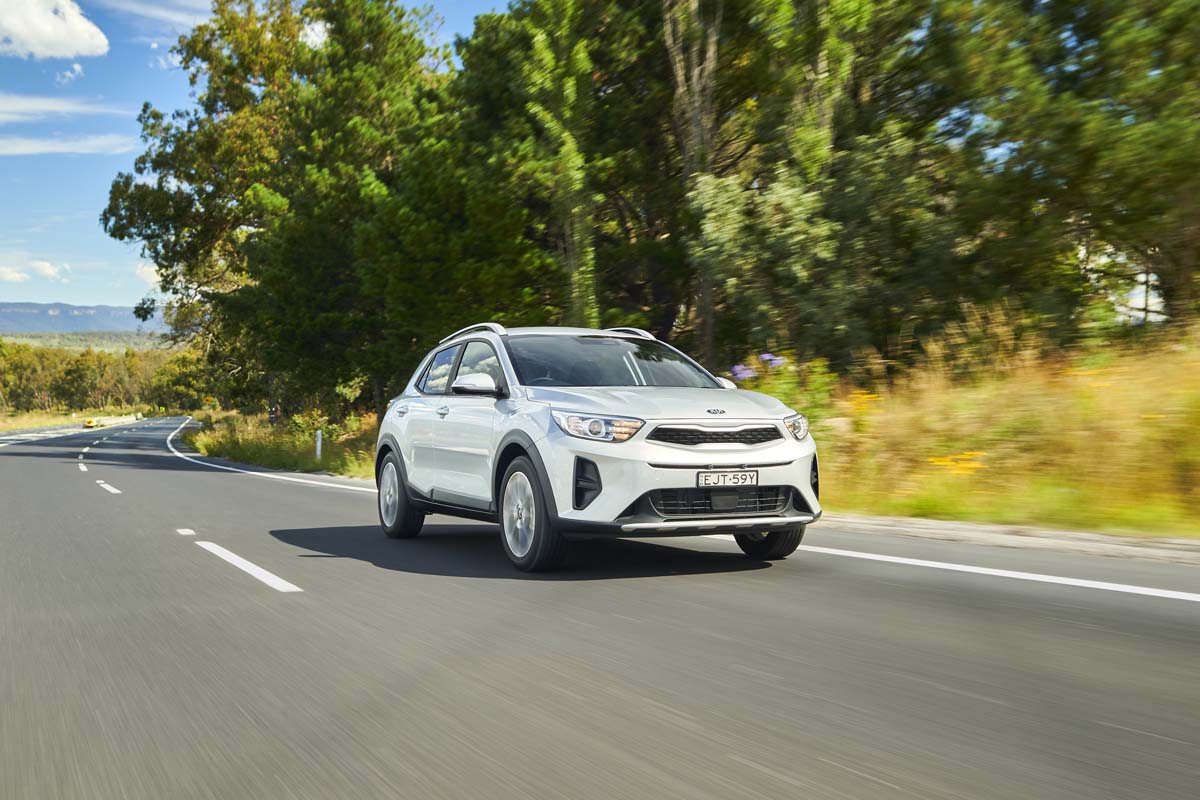 It’s a pretty sturdy platform and like the Rio, it is a good city car/crossover with light-weighted steering, compliant suspension and good brakes. When pushing on, it doesn’t love being thrown quickly around corners, but a hot hatch this is not. 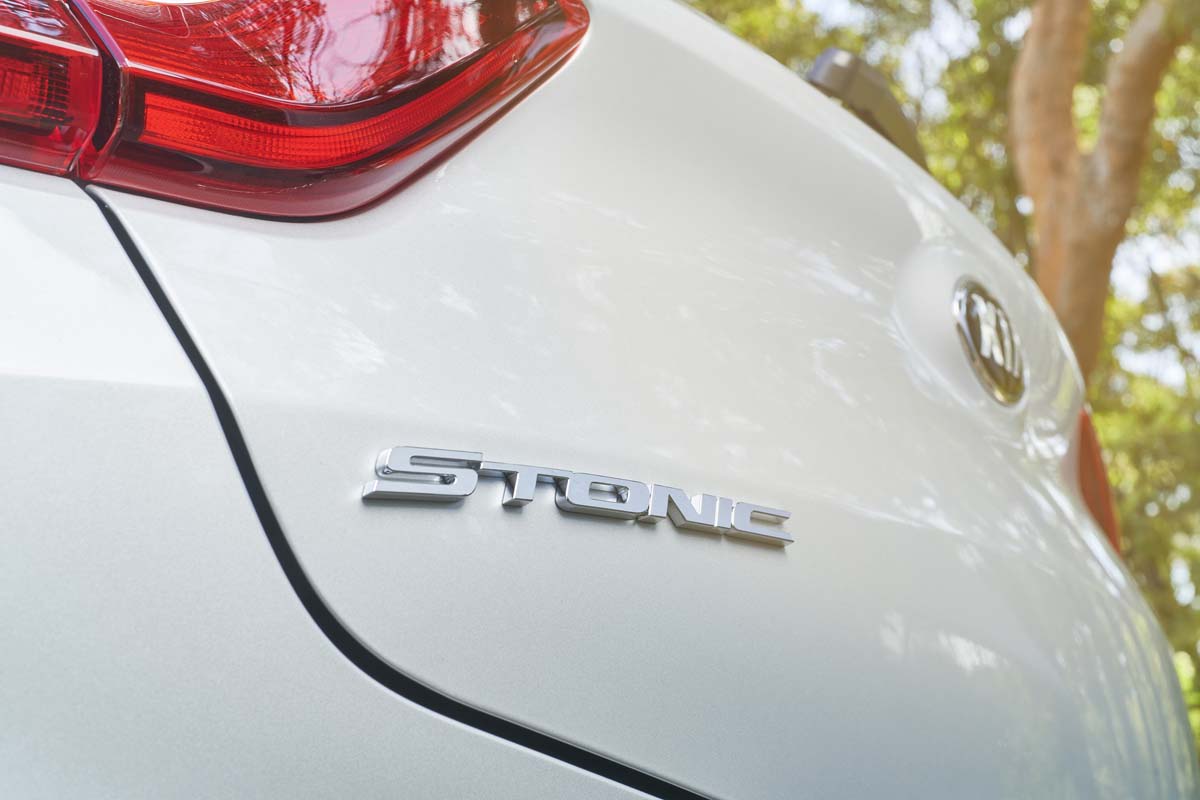 There is no all-wheel-drive option but the front wheels never feel overwhelmed and in the wet traction remains steady via traction control.

A notable omission is adaptive cruise control for GT-Line despite AEB via radar sensors, though it does have lane-keep assist. It also misses out on front parking sensors though good visibility and a tight body mean spatial awareness isn’t hard to get a feel for in the Stonic. 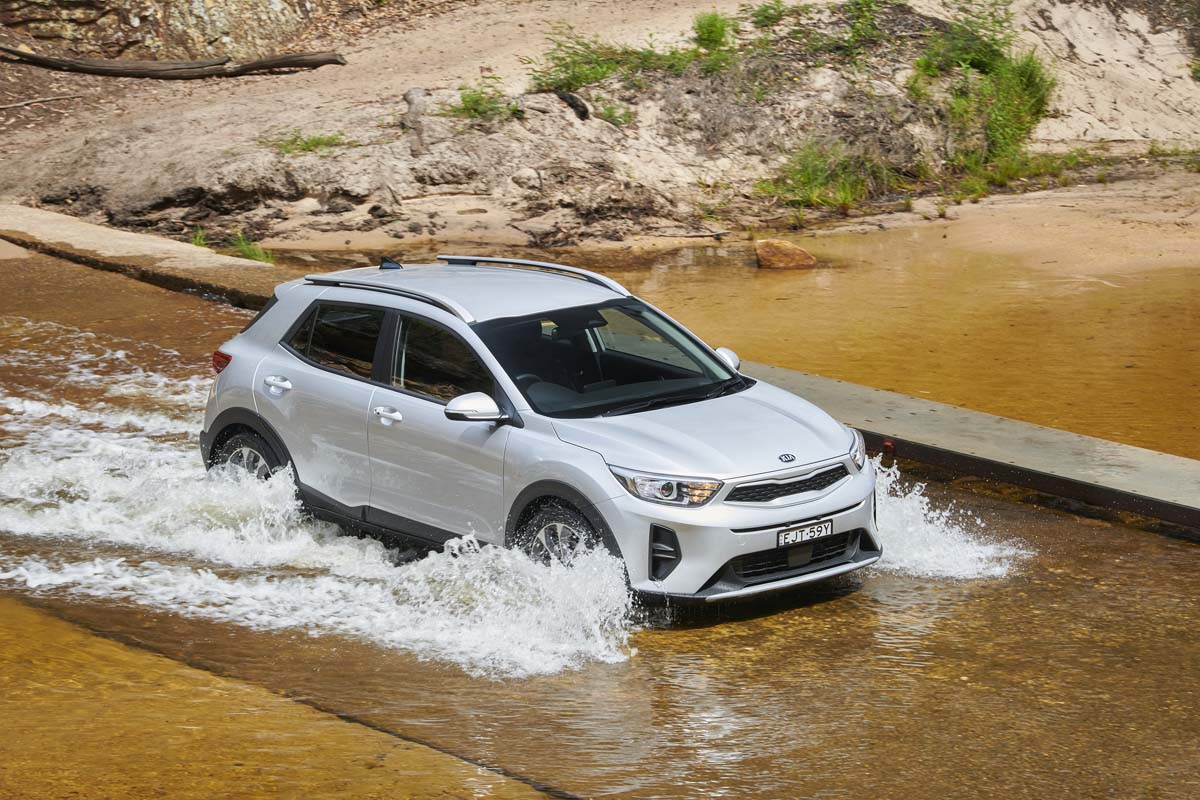 HOW SAFE IS THE STONIC?

This is an odd one. The Rio has a five-star ANCAP rating and ANCAP has awarded the Stonic with the same five star rating. This is based on ANCAP seeing some validating paperwork from Kia’s engineers that shows the crash structures are essentially the same. But the rating applies only for the S and Sport, not the GT-Line.

What’s a touch out of step is that this five-star rating is based on a 2017 crash test of the Rio. The new 2021 protocols are much more stringent, though that is not to suggest that the Stonic wouldn’t meet a five-star rating. 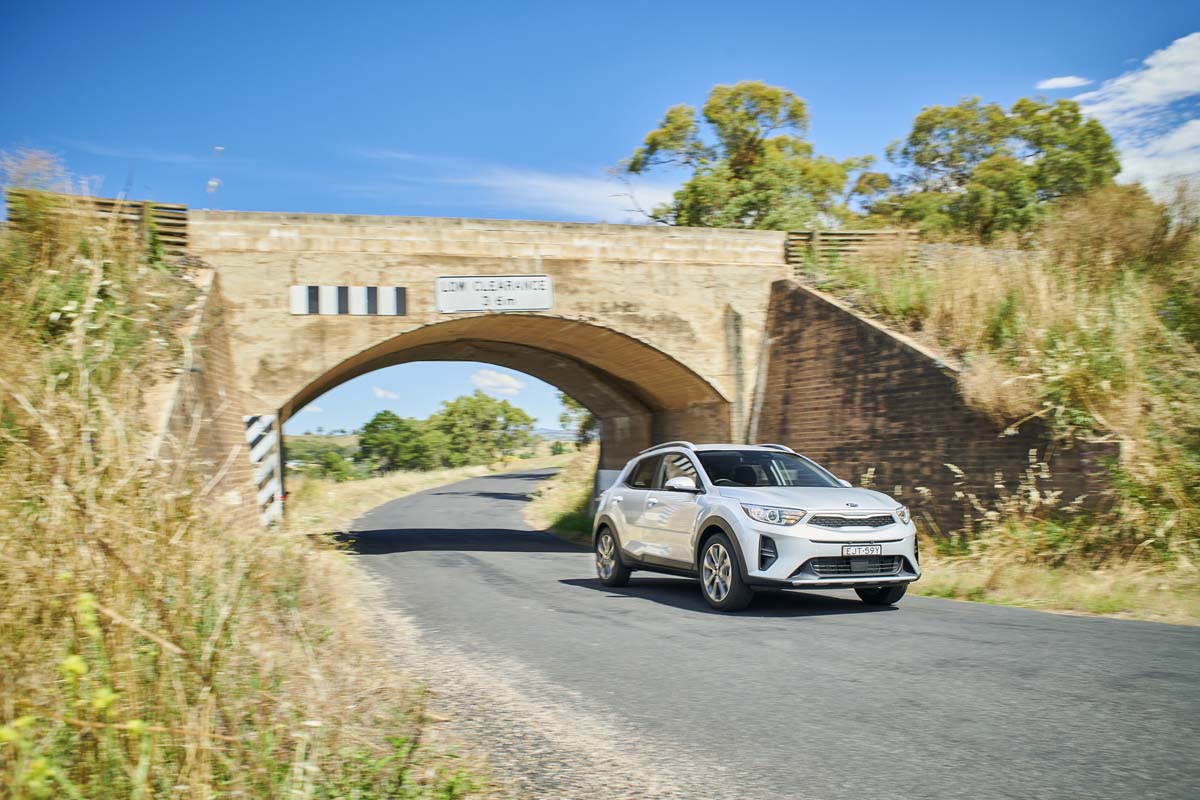 The Stonic is a good thing and worth a look, though you pay about a $5000 premium on this GT-Line over the equivalent Rio. However, as we are seeing, cars on stilts sell.